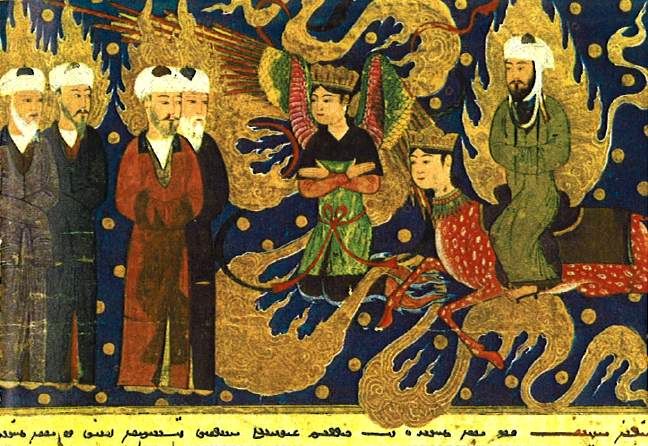 Handwritten books penned by Muslim authors throughout history bear witness to their attachment to the Prophet of Islam, Muhammad (PBUH).

Prophet Muhammad is a figures much under the spotlight in the Iranian art and literature. Many ancient illustrations, therefore, show concepts such as the prophet’s participation in past wars, his contribution to victories by Muslims, his birth and his Ascension in different ways.

Nevertheless, it is not only Iranian Muslims that have drawn different images related to the prophet. Muslims in other countries, too, have, for centuries, illustrated stories associated with Prophet Muhammad in different books and created illustrative religious works marked by specific features of their countries.

What follows are examples for depiction of Prophet Muhammad’s different stages of life in ancient illustrations: 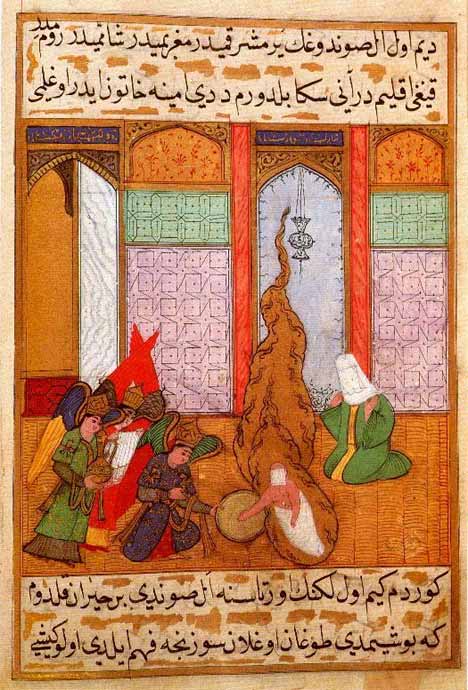 A tableau depicting the birth of Prophet Muhammad from the book Siyar-i Nabî, which is a Turkish epic about the prophet’s life. The creation of the book began at the time of the rule of Murad III, the Sultan of the Ottoman Empire from 1574 until his death in 1595, and ended when his successor came to power. The book’s purpose was to be the most complete collection of Prophet Muhammad’s life’s ancient illustrations. The book comes in several volumes, which are kept at the Topkapi Palace Museum in the Turkish city of Istanbul, the Museum of the City of New York and the Museum of Turkish and Islamic Arts in Istanbul. 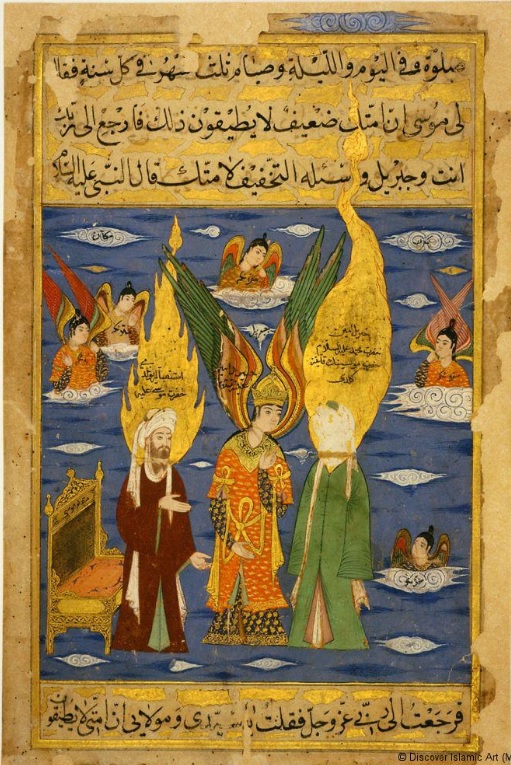 Conversation with Saints and Angels:

An image depicting the conversation between Prophet Muhammad, Moses and Gabriel exists at the Islamic Arts Section of the Pergamon Museum in the German city of Berlin. This work of art dates back to the late 16th. The illustration probably dates back to the reign of Murad III. The image was made using ink, gouache and goldwork. The sheet is part of a handwritten manuscript depicting prophets Muhammad and Moses and Gabriel talking together in Paradise.

Prophet Muhammad is meeting prophets Ishmael, Isaac and Lot in Paradise. It belongs to a book written in Afghanistan’s Herat in 1436 and kept at a museum in Paris.

The tableau shows Prophet Muhammad preaching. It is part of an illustrated, handwritten book dating back to the late 16th century, in Turkey or Iraq. This work was made using ink, matte watercolor and gold on paper. The image shows the prophet preaching, with Imam Ali, Imam Hassan and Imam Hussein sitting on his left side. The Metropolitan Museum of Art is keeping this work of art. 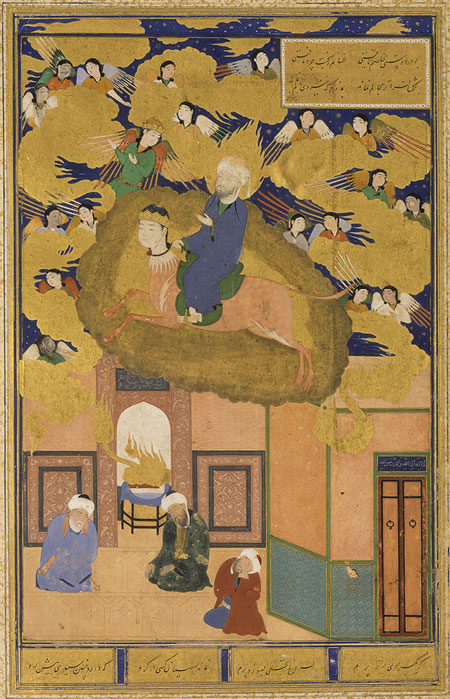 The tableau depicts the Ascension of Prophet Muhammad riding on the Burāq. This is an image in a page of a version of Iranian poet Saadi’s Boostan book dating back to 1514. 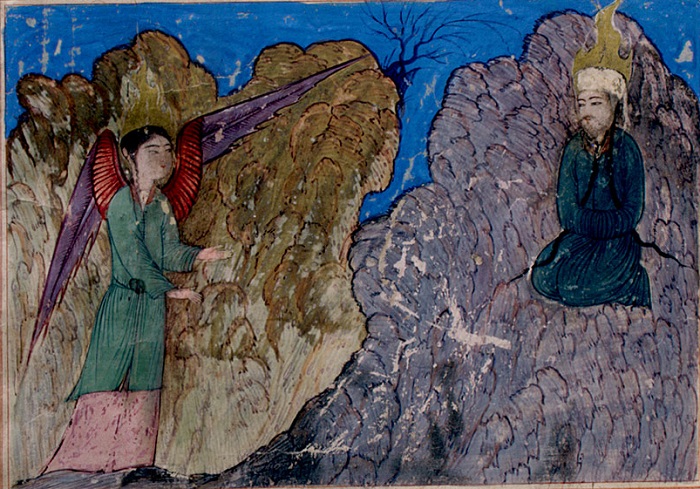 The image depicts the revelation of first divine statements to Prophet Muhammad; where God Almighty’s appoints him as Prophet. The illustration belongs to a book called The Collection of Histories dating back to around 1425. It probably originates in Herat, Afghanistan. The work of art is drawn with watercolour, silver and gold on matte paper. The tableau depicts Gabriel telling Prophet Muhammad the first divine revelations which later turned into Muslims’ holy book, the Quran.