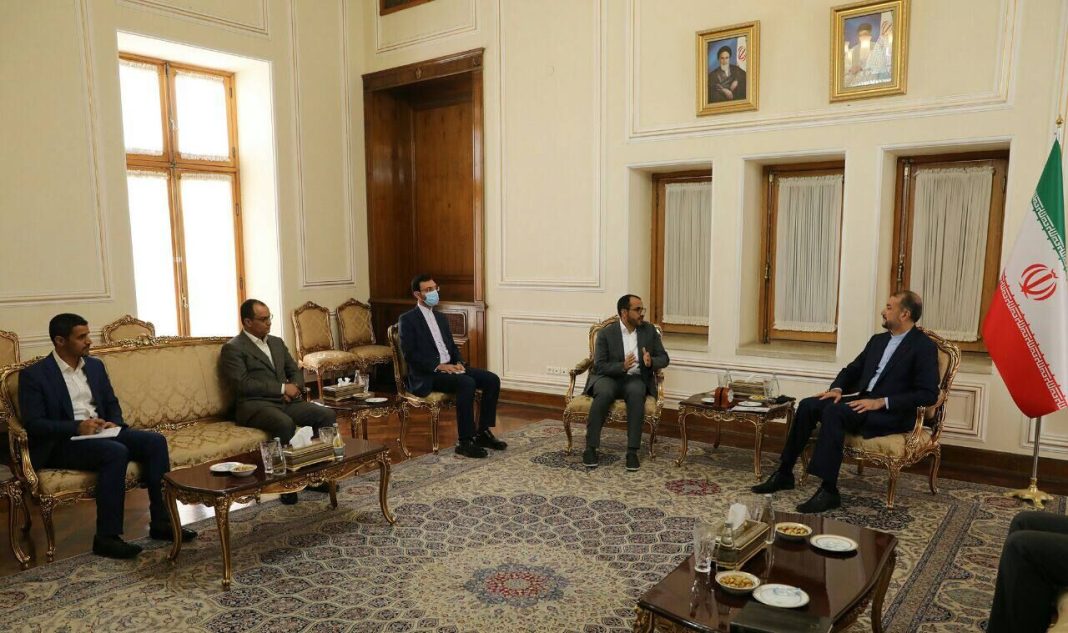 Iranian Foreign Minister Hossein Amirabdollahian has stressed the deep and historical bonds between Iran and Yemen, saying the Islamic Republic has always supported the will of the Yemeni people.

Amirabdollahian made the remarks in a meeting with the visiting spokesman of Yemen’s Ansarullah movement and the head of the negotiating team of Yemen’s National Salvation Government Mohammad Abdul Salam in the Iranian capital Tehran on Sunday evening.

Amirabdollahian said Iran advocates a UN-brokered ceasefire between the Sana’a-based government of Yemen and the Saudi, UAE-backed militants and mercenaries in the south of the country as “a prelude to establishing a lasting peace and lifting the blockade on Yemen,” referring to the years-long siege imposed by the Saudi-led coalition on Yemen.

Saudi Arabia and its allies supported by the US and Western states launched a devastating war on Yemen in March 2015 to reinstall the Riyadh-friendly regime of former Yemeni president, Abd Rabbuh Mansur Hadi, and crush Ansarullah popular resistance movement.

The truce came into force in April between the Saudi-led coalition and Ansarullah and has been extended twice ever since.

For his part, the spokesman for the Yemeni Ansarullah movement briefed Amirabdollahian on the latest developments in Yemen and expressed gratitude for Iran’s support for the Yemeni people.

Abdul Salam slammed the Saudi-led coalition for ‘incomplete implementation’ of the ceasefire agreement, saying the coalition’s respect for the humanitarian issues in Yemen is indispensable for restoration of peace to the war-weary country.