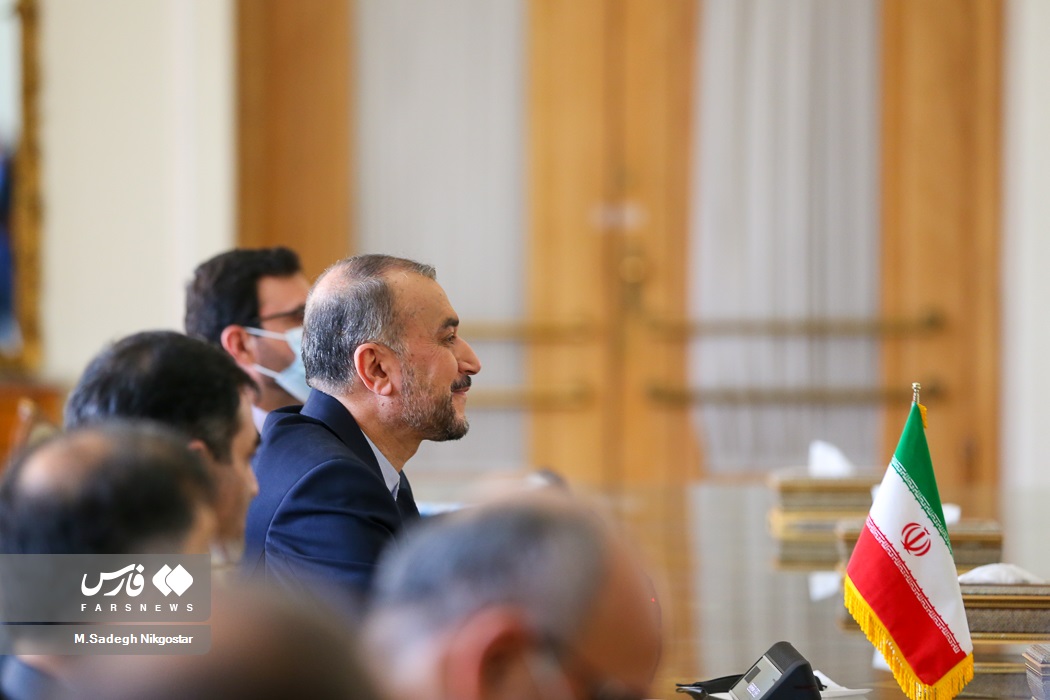 Iran’s Foreign Minister Hossein Amir Abdollahian says counterrevolutionary elements and those who support partition of Iran should not be allowed to find a safe haven in Iraq to threaten the Islamic Republic.

Amir Abdollahian made the comment in a meeting with Mohammad al-Halbusi, the speaker of Iraq’s Council of Representatives on Wednesday afternoon in Tehran.

The top Iranian diplomat reaffirmed Iran’s support for stability in Iraq, saying the Islamic Republic regards its own security as Iraq’s and Iraq’s security as its own.

The Iranian foreign minister noted that a strong Iraq guarantees peace and security in the region.

Amir Abdollahian then referred to the participation of people from all walks of life in Iraq’s numerous elections and underlined that Iran supports the political process in Iraq.

The top Iranian diplomat also called the Zionist regime a source of threat to the region.

Mohammad al-Halbusi for his part said Iraq’s constitution does not allow individuals or organizations to engage in activities aimed at threatening Iraq’s neighbors.

Halbusi thanked the Islamic Republic of Iran too for its support of Iraq in the fight against the Daesh terrorist group and terrorism.

Halbusi further described defending Palestine and opposing the Zionist regime’s actions as a public demand in his country.