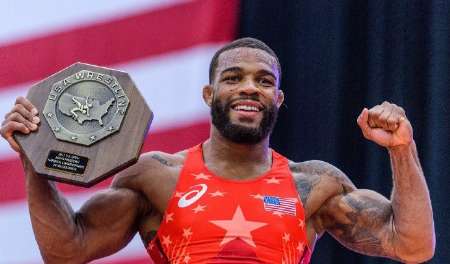 American world and Olympic champion in freestyle wrestling Jordan Burroughs has extended condolences to the families of the victims of the recent deadly earthquake in Iran.

In a Farsi message on his Instagram account addressed to the people of the quake-hit province of Kermanshah, Burroughs condoled with the victims’ families, stressing that he is confident all people are sympathizing with them.

Burroughs went on to say that he has good memories from Kermanshah during World Cup 2017. He also said he was pleased to have the privilege to visit the city and get familiar with its hospitable people. 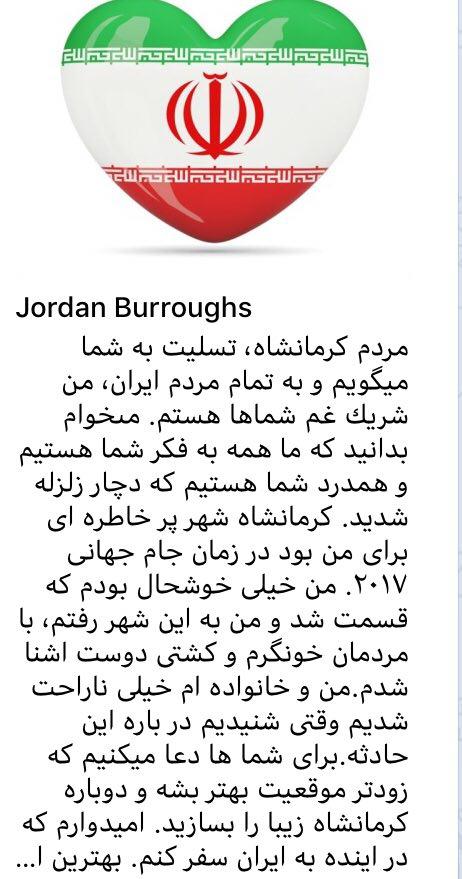 “I and my family members were sad to hear the news of the quake and I hope the beautiful province of Kermanshah regains its beauty soon.”

He finally expressed the hope that he would visit Iran once again in the near future.

Earlier this year, in an Instagram post in Persian language, the well-known American wrestler thanked Iranian people for the love they showed for him during the World Cup in Iran, saying he would love to visit the country again.

The London 2012 Olympic champion who took part in the 2017 Freestyle Wrestling World Cup in western province of Kermanshah expressed appreciation for the love and affection Iranian people, particularly the spectators, expressed towards him during his short stay in the country.