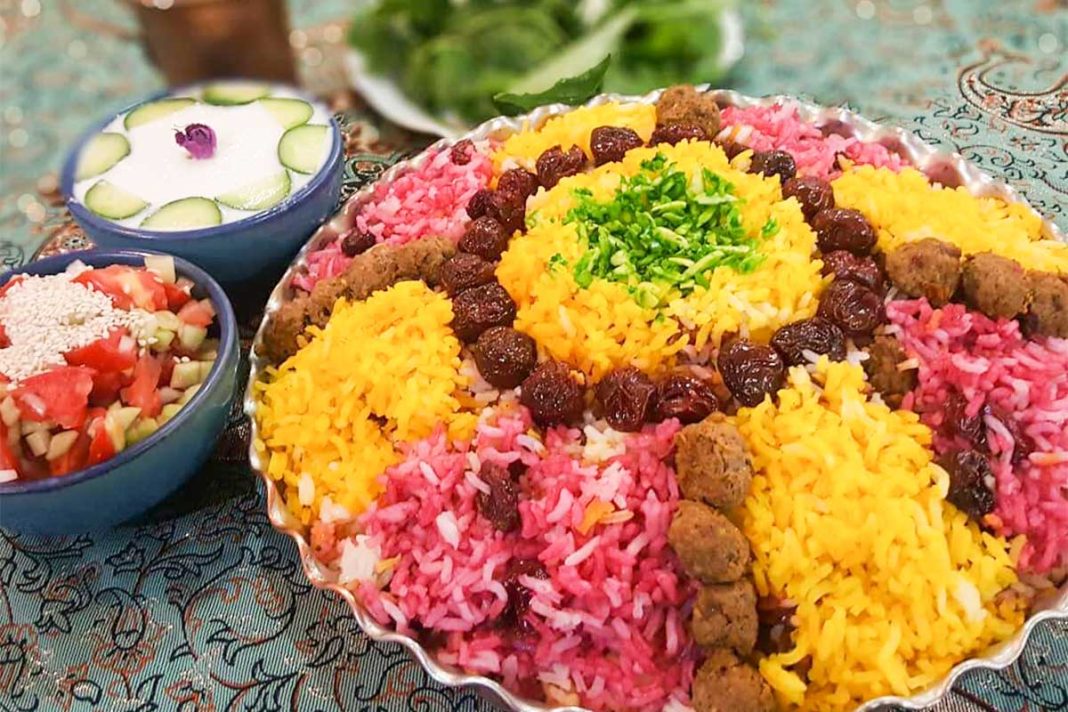 Albaloo Polo (pilau with sour cherries) is not only one of the most famous foods in Shiraz in southern Iran, but is also a popular dish commonly served in formal parties.

Sour cherries hit the market in summer, making it an ideal season for Iranian families to cook and eat Albaloo Polo. The food can be mixed with tiny meatballs or chicken. 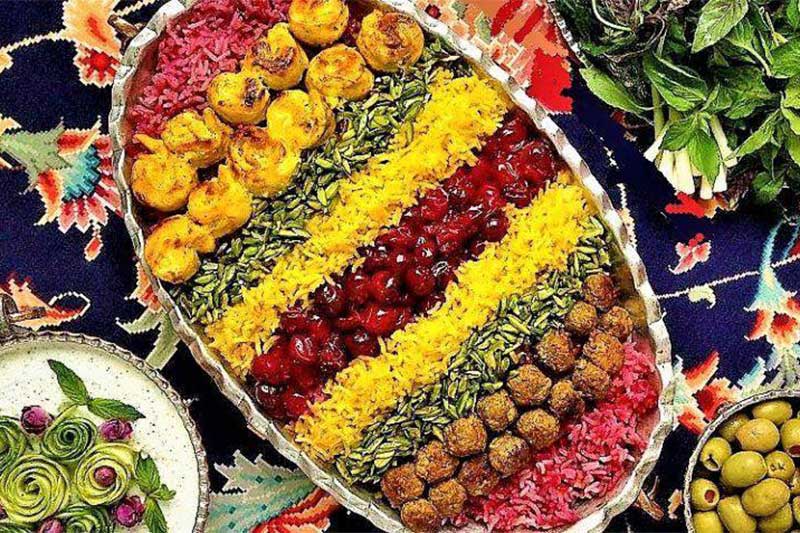 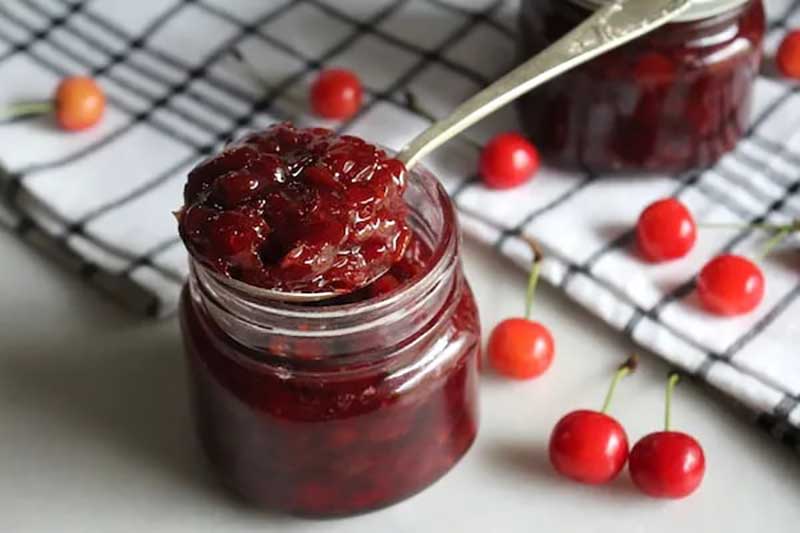 In order to make sour cherry jam, pour sugar onto sour cherries and put the mixture in the fridge for one day to become watery.

Next, put the mixture on mild heat until it begins to boil. Allow it to boil for ten minutes before removing the sour cherries from the syrup.

Let the syrup be cooked through. Then add the sour cherries to the syrup again and allow it to stay on heat for 2 to 3 minutes. 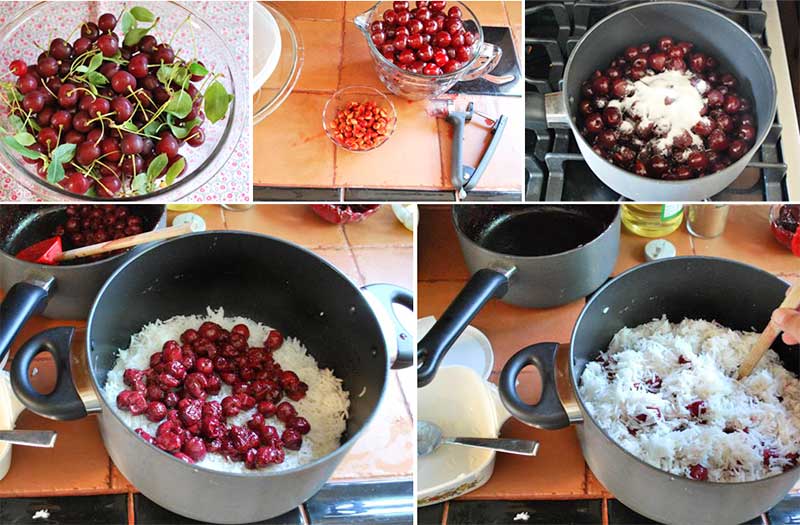 The ingredients are as follows:

Using your hand, mix the meat, grated onion, black pepper, turmeric and salt well. Take some meat the size of a walnut and form it into a ball with your hands. Then pour a few spoonfuls of oil into a dish and put it on the oven. Put the meat balls into the oil, adjust the heat to medium temperature and leave the meat balls to be fried well. Now your tiny meat balls are ready. 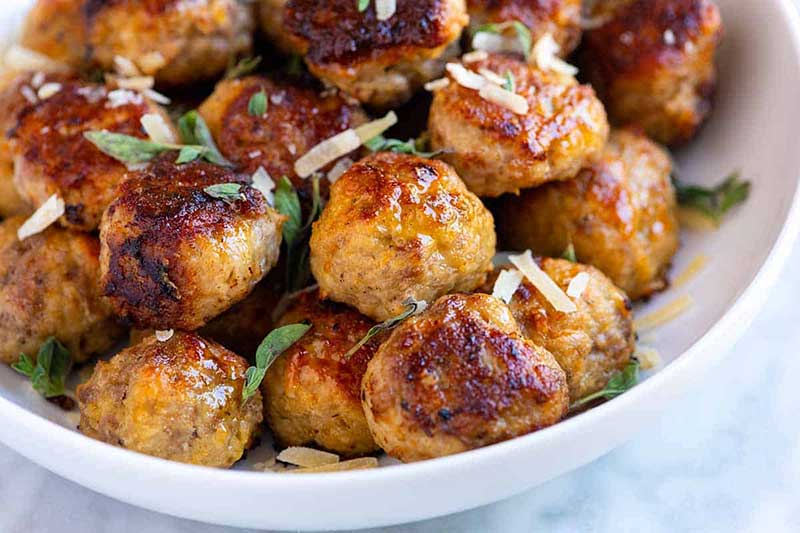 Rinse and drain the rice. Then pour some oil into a casserole and put it on mild heat until the oil gets hot.

Afterwards, put three fish slices of rice into the dish. Then pour two spoonfuls of sour cherries in the middle of the rice. Only add the sour cherries, and NOT the syrup.

Then add a spoonful of saffron. Put some of the sour cherries away to decorate the food. 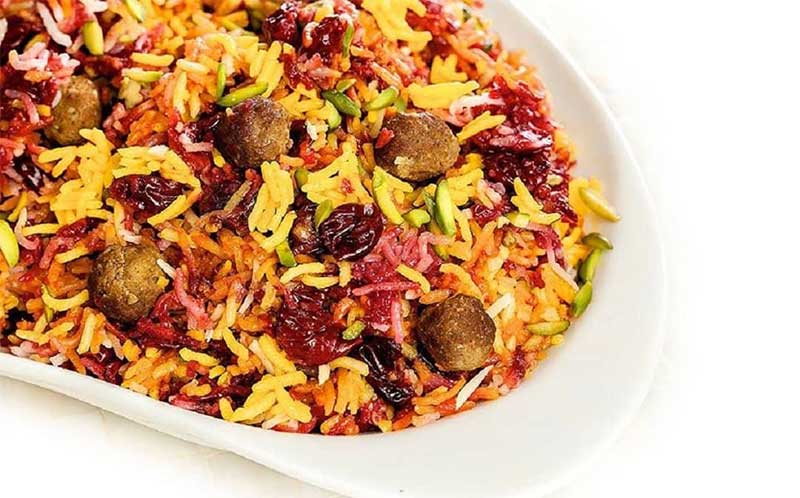 After you have added all the ingredients, put the rice on medium-to-high temperature. Wait for 5 minutes till the casserole becomes hot.

Then add two spoonfuls of oil as well as half a glass of water and leave the casserole on heat for another 6 or 7 minutes until steam begins rising from the rice. Leave the rice to be cooked through. 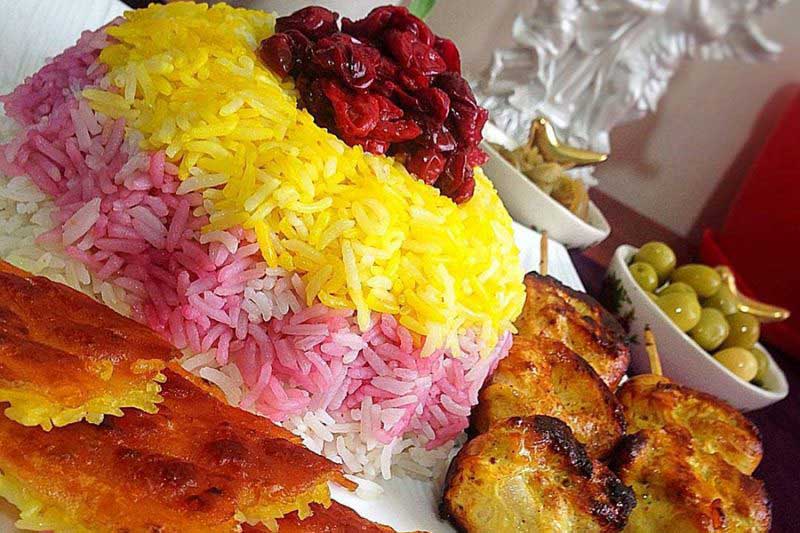 1. There are various recipes for cooking this delicious food, which include chicken. In the first one, you can use whole pieces of chicken breasts and thighs in Albaloo Polo, or you can arrange them in the bottom.

In another recipe, you can use chicken balls. To prepare them, mix 400 kilograms of ground chicken with a grated onion. Add some spice and fry the mixture in the form of balls before adding them to the Albaloo Polo. 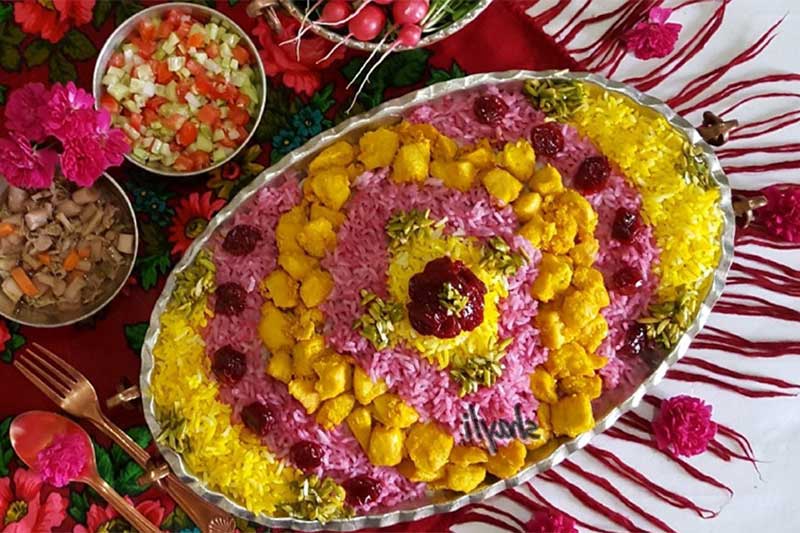 2. Make sure to prepare Tahdig for Albaloo Polo using either potatoes or Lavash bread (source), in order to prevent the juice of sour cherries from reaching the bottom of the pot and darkening the color.

3. To preserve the color of the sour cherries, you can use a container made of polished copper and stainless steel or ceramic glazed pots.

4. Using cinnamon, saffron, pepper and cardamom gives a better taste to your rice. Special rice spices can also be added. 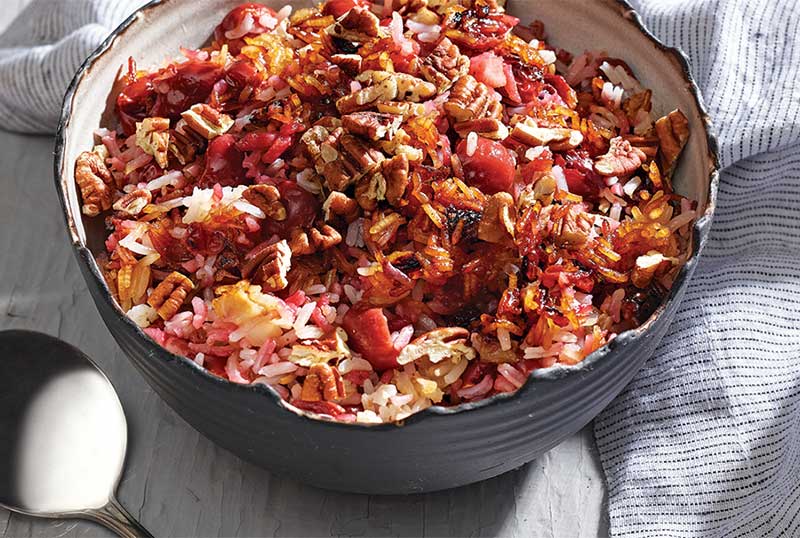 What should we do to prevent the sour cherries from sticking together within the rice?

You can lubricate the sour cherries with some butter before adding the rice. 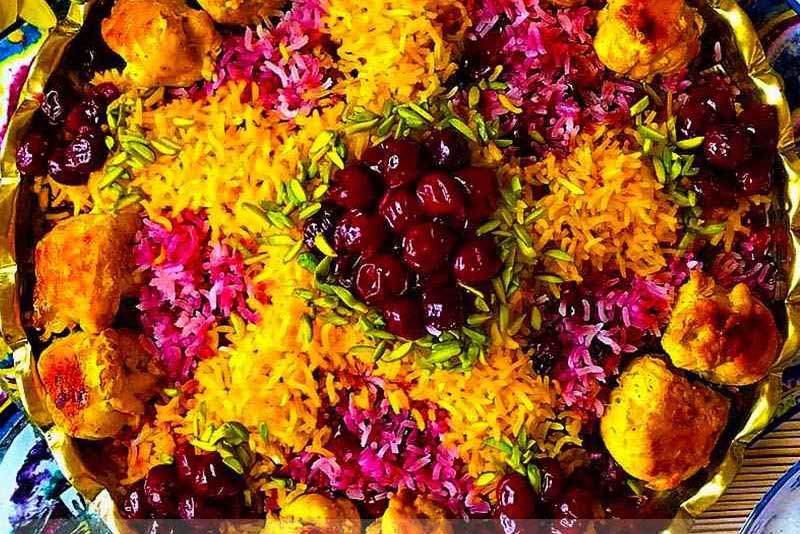 If you do not have access to sour cherries or you do not have enough time and patience to cook Albaloo Polo, you need to know that you can always find the dish, prepared with the best recipes, on the menu of all restaurants in Shiraz and other cities in the summer.