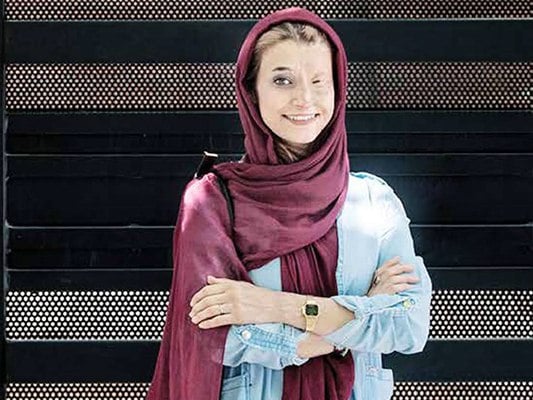 An Iranian girl who has fallen victim to an acid attack is pushing for legislation that would ban the purchase and sale of acid to prevent further acid attacks in the future.

These are the words of Marziyeh Ebrabimi, the victim of an acid attack in the city of Isfahan in central Iran.

Almost four years have passed since the acid attack saga in Isfahan, serial acid attacks whose perpetrators were never introduced to the public. Now, we are seeing Marziyeh, one of the victims of the incident, preparing to open an exhibition of photos depicting her life. The exhibit is titled “Your fate was sealed by an idol worshipped by others.” The exhibition displays Marziyeh’s life in the days following the tragic incident.

Marziyeh Ebrahimi has not given up since she came under acid attack. Marziyeh says when she recovered, she tried to keep similar incidents from happening to others. She made every effort to help acid attack victims get back to life. This comes as acid attack has turned into a silent weapon which takes new victims every day.

Meanwhile, photographer Negar Masoudi has been with Marziyeh all along to record every moment of her life as well as the efforts she makes.

Marziyeh, 28, was born in Isfahan. She is a midwife. She never forgets October 15, 2014. She speaks with a lot of energy. You can’t help liking her energetic character. You are drawn to her charismatic and delicate face, which is still beautiful despite the scars from the acid attack.

“In those days, everybody was afraid of the atmosphere of the city. I hadn’t heard the news, but three people had come under acid attack before me. Even if I had known that, I would still go out. Looks like people don’t take such dangers seriously for themselves. I worked in Naeen back then. I had an appointment with a dentist in Isfahan. The streets were busy that day. When I got to Towhid street, all I was thinking of was to find a parking space for mar car. I was a little hot. I rolled down the window and I don’t know what happened afterwards. I didn’t hear the sound of a motorbike, or a person. I only felt like hot water was burning my face.”

Marziyeh Ebrahimi was the fourth victim of acid attacks in Isfahan. The other victims included Soheila Jorkesh, Mina Azadeh and Somayyeh Mesmarian. Soheila was the third victim, who came under the spotlight by media and people. However, Marziyeh talked to no media for quite a while.

But how long did it take Marziyeh to bounce back and return to life? She thinks a little bit and answers with the same astounding energy she has.

“I didn’t want to leave home in the six months after the incident. I really missed going out, but I thought people would see me and begin tutting because I had already seen people’s reaction in the hospital. However, I went out during the New Year holidays the same year. I told myself ‘It’s enough. Get up!’ First, I wasn’t feeling well and I was short-tempered. I would keep telling everyone that I had come under an acid attack. At the same time, I would keep telling myself ‘You didn’t used to behave so. What has become of you?’”

“I would go out with medical pads and glasses on my eyes. People’s words irritated me. Some people had no sense of empathy at all. But Mehrdad, my fiancé, encouraged me and told me ‘What are you afraid of? Just go out.’”

Negar Masoudi, who has been the closest companion of Marziyeh throughout all these years and has made a documentary about her life and activities, joins our discussion.

“I decided to live with Marziyeh for a while and take photos of her life. I wanted to have a real story of Marziyeh’s life. We were together all the time for 15 days. I had a camera with me all along to take pictures and films of her activities,” said Masoudi.

With the photos I have taken, I’ve tried to tell others that the attackers poured acid onto Marziyeh to eliminate her from the society as an independent woman, and wanted it to be an objective lesson to discourage us from being in the heart of society. With this collection of photos, I wanted to tell hardliners that you were not able to do this to Marziyeh and those like her,” Masoumi said.

Negar and Marziyeh have decided to push for the enactment of a law that would prohibit the purchase and sale of acid, so that no one would be able to buy and sell acid easily.

“During this time, Marziyeh and I met different people, went to parliament representatives, and made every effort in that regard,” said Masoumi.

Now, one year has passed since Marziyeh and Negar launched their attempts to introduce their proposed legislation to people. During this time, they have also kept in touch with other victims and the Society for Supporting Acid Attack Victims established recently, and tried to galvanize everybody into pushing for the legislation.

Marziyeh married Mehrdad some time ago and says she is feeling well.

“These days, many people ask about the detention of my acid attacker and would like to know what became of him. I only tell them ‘I don’t know.’ I have also decided to give the same answer if one day my son or daughter ask what happened to me. This answer gives me peace of mind.”