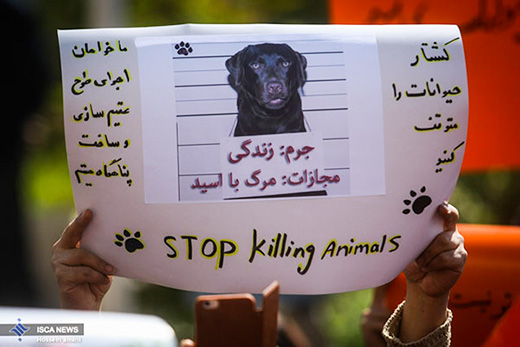 A photo gallery of a rally in Tehran in protest at the killing of stray dogs.

A large crowd staged a rally outside the Department of the Environment Sunday to protest at the killing of stray dogs in Shiraz.

According to IRNA, Masoumeh Ebtekar, the environment chief, was also in the crowd who were calling for sterilization of the canines rather than denying them the right to life.

Images of the protest rally released by iscanews.ir on April 19: