A look at the performance of the Iranian nation throughout history 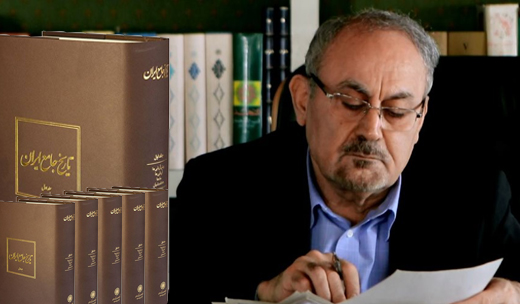 The result of 14 long years of efforts by a large number of researchers comes out in the form of The Comprehensive History of Iran.

Every once in a while we would get together with a bunch of philosophers. One evening Gholamhossein Ebrahimi Dinani, a famous philosopher and member of our group, showed up late. When we inquired about the reason why he was late, he said the cabdriver lost his way in the maze of streets. I said, ‘You are not good at geography and maps. That’s why you lost your way.’ In response, he said, ‘Coincidentally, the cabdriver told me that we have lost our history.’ That was what motivated us to start compiling The Comprehensive History of Iran.

That was what generated resolve and motivation in us for an uphill task. Fourteen years later, thanks to tireless efforts of several researchers and authors, The Comprehensive History of Iran emerged in 20 volumes.

The following is what else Seyyed Mohammad Kazem Mousavi Bojnourdi, the founder of the Center for the Great Islamic Encyclopedia, said in an interview with Shahrvand daily’s Peyman Samandari. The interview appeared in a Monday (June 15, 2015) edition of the newspaper, one day ahead of the planned launch of The Comprehensive History of Iran. In translation, IFP has changed the format of the interview.

Like many similar books, The Comprehensive History of Iran features research and scientific articles. Since this multi-faceted book covers Iran’s political, cultural and social history, it has been dubbed “comprehensive”.  […]

[…] The Comprehensive History of Iran narrates the history of Iranians over several thousands of years. It covers everything Iranian and is not limited to what is modern-day Iran. […] To reflect every single angle of Iranian history is too difficult or maybe so impossible a task. We have tried to go as far as we have been able to. We don’t want to consign this book into history. We will edit it before any reprint hits the bookstore shelves.

The Comprehensive History of Iran is the report card of the Iranian nation. It is the story of joy, sadness, victories, defeats, achievements and setbacks. What we have tried to do has been to dust off many historical events and render them presentable.

This book will help Iranians and people around the world to learn about Iranian achievements and the role this great nation has played in the evolution of human knowledge. As a historian and part of a cultural body, we cannot initiate fundamental research; rather, what we do is to tap into all scientific articles which have been written on cultural and social issues of this nation and its politics.

Although The Comprehensive History of Iran is a national document with a unique status, we need to treat it as an encyclopedia which is constantly updated and edited before any reprint once every few years. […]

The Center for the Great Islamic Encyclopedia (CGIE) has a supreme council that brings together around 45 prominent professors. All major decisions of the center are made by these individuals. They are in fact the nerve center of CGIE. As chairman of the council and top editor, I implement the decisions of the council. Every project has its own scientific council and a number of advisors. The supreme council oversees the workings of all scientific councils. At CGIE different projects are underway, one of the most important of which is The Comprehensive History of Iran.

[…] The main objective here is to introduce our country to others. We are seeking to talk with the rest of the world through the language of logic and science, something Iranians deserve. What we seek to do is an organized collective measure the structure of which has been seriously contemplated. It is constantly evolving. […]

As yesterday’s warriors*, we are trying today to bolster the country’s national might by employing scientific and cultural tools and raising public awareness. This gives us self-satisfaction and we view it as the goal of our lifetime. […]

[…]  As the scientific manager of the center, I go out of my way to make sure we act in keeping with scientific methodology. What we extract from different reports and sources is presented without any bias or prejudgment.

[…] My role is to make sure scientific methods are fully complied with. I remember when an author was writing an article on Abu Bakr, I had a couple of meetings with him to make sure that our article would not draw any objection to a historical event from people of different religious leanings.

In the end, we decided to include the views of different groups based on reliable references. That was meant to remain on the scientific path and not hurt the religious feelings of any group.

The final version featured the views of Shiites and Sunnis of different denominations. In other words, it included different views without any prejudgment. We conducted sufficient research and included some historical facts which had nothing to do with religious and ethnic beliefs.

Of course, there are many issues we were unable to touch. As for some, we did not have enough resources at our disposal. For others, we could not reach the authors. For instance, on issues related to land ownership and how it was affected by water scarcity, thorough research was needed. We did conduct our own studies, but the article would have been more accurate if it had involved more details about the lifestyle of rural people whose lives were dominated by landholders. […]

Iranians today should know what their ancestors have gone through. […] This book does not fully reflect the hardships of the people of this land. In the future, we have to complete that, and it is on our agenda.

[…] This book could be of great use to Iran experts, because it is the result of hundreds of years of research. It reflects all the studies of western researchers, orientalists, Iranologists and Iranian scholars. When you have The Comprehensive History of Iran, you have access to all their findings. […]

When compiling this book and reviewing its different parts, I found Iranians a great nation with their position higher than what it currently is. The Iranian nation deserves to have the highest national production rate. Iranians deserve to have the largest and best national library. Iranians should not lag behind other nations, God forbid.

The image I found of Iranians is magnificent, because they have displayed patience, resistance and steadfastness over the course of history. They have ridden out tough times and have stood on their own feet.

These people have managed to stay in this land, live life and create a civilization thanks to their strikingly determined resistance. Iranians are the ones who spread culture and science. This is what we have portrayed in one big scientific document called The Comprehensive History of Iran. It may be the biggest single job in my professional career, and I will take pride in it forever.

[…] I hope we can try our best to remove the shortcomings and complete what is left. 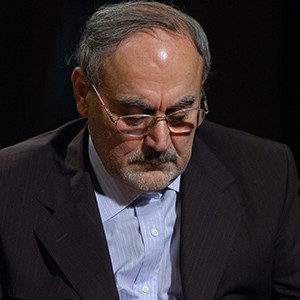 Seyyed Mohammad Kazem Mousavi Bojnourdi is an Iranian historian, theologian and writer. He was the curator of the National Library of Iran from 1997 to 2005 and founder of the Center for the Great Islamic Encyclopedia.
* Mousavi Bojnourdi founded and led a group that sought to topple the Pahlavi monarchy. He spent years in jail prior to the victory of the 1979 Islamic Revolution.
› Subscribe
Share
Facebook
Twitter
ReddIt
Email
Print
Telegram
WhatsApp
VK
LINE
Viber