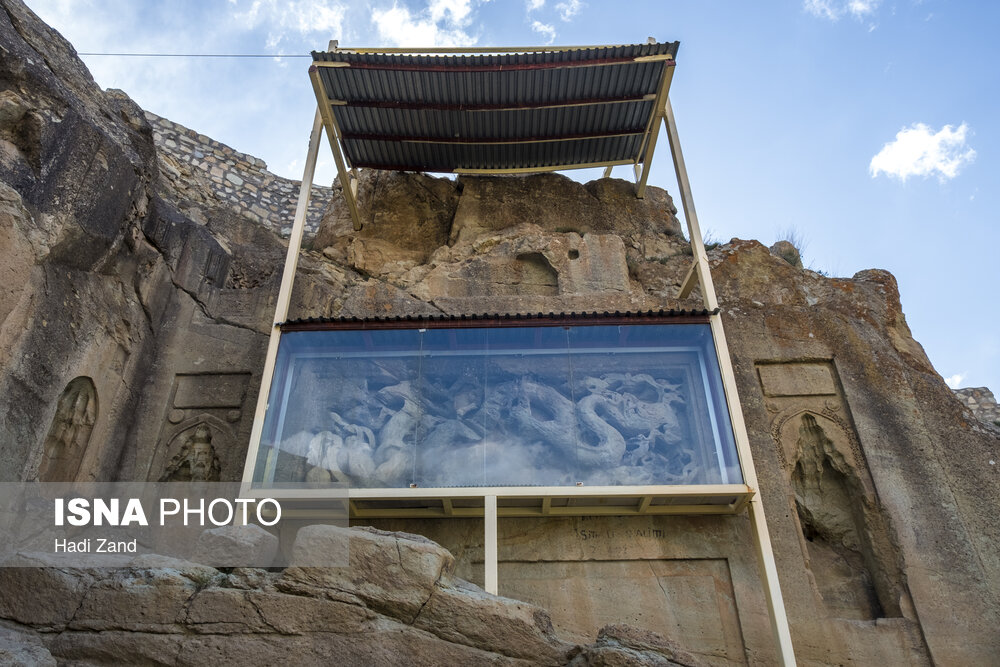 In Dashkasan Temple, which some tourists call the Dragon Temple, a wondrous mixture of Iranian and Chinese architecture has created a unique work of art.

Inside the Dragon Temple, reliefs of two dragons, usually used in the Chinse architecture, stand out. The plan of the temple is rectangular with a length of 400 and a width varying from 300 to 50 meters.

History of the Dashkasan Temple

The temple dates back to the Ilkhanate era (Read more). The construction began following the death of Arghun Khan, a ruler of the Mongol empire, but it has unfortunately remained incomplete.

Some archeologists, however, believe the temple had been built in the Sassanid era and served as a temple for followers of the Mithraism religion. Apart from that, no other trace has remained in the temple. 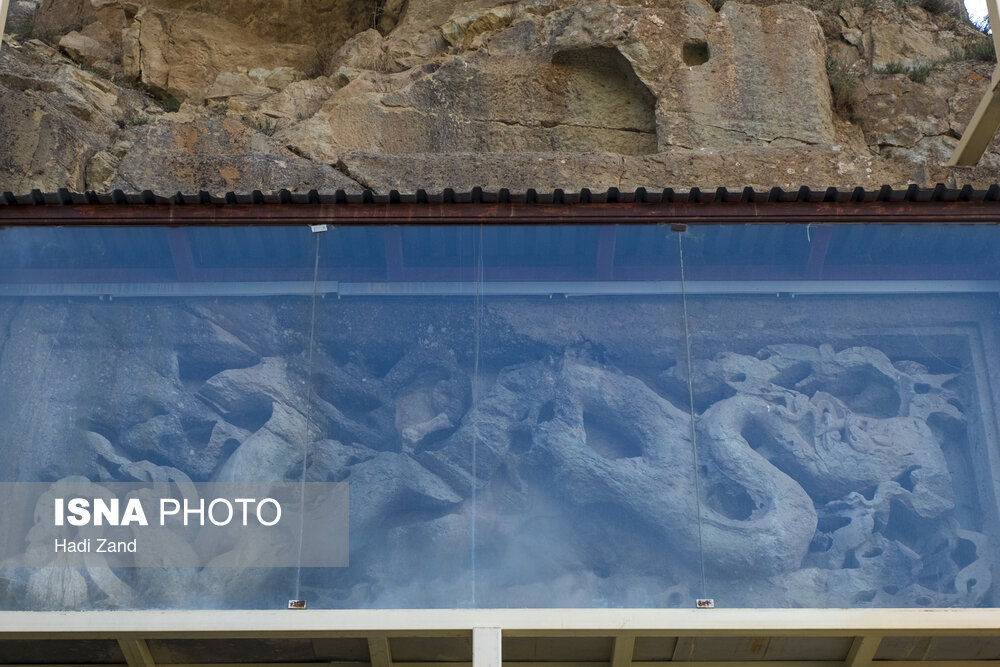 Where is the Dragon Temple?

This temple is one of the landmarks of Soltaniyeh, which is located about 15 kilometers northeast of the city and around five kilometers from the village of Viyar.

A straight unpaved road connects the village to the temple and you can easily reach the site in usual cars. There are, however, no traffic signs along the road and you’d better get help from the locals. 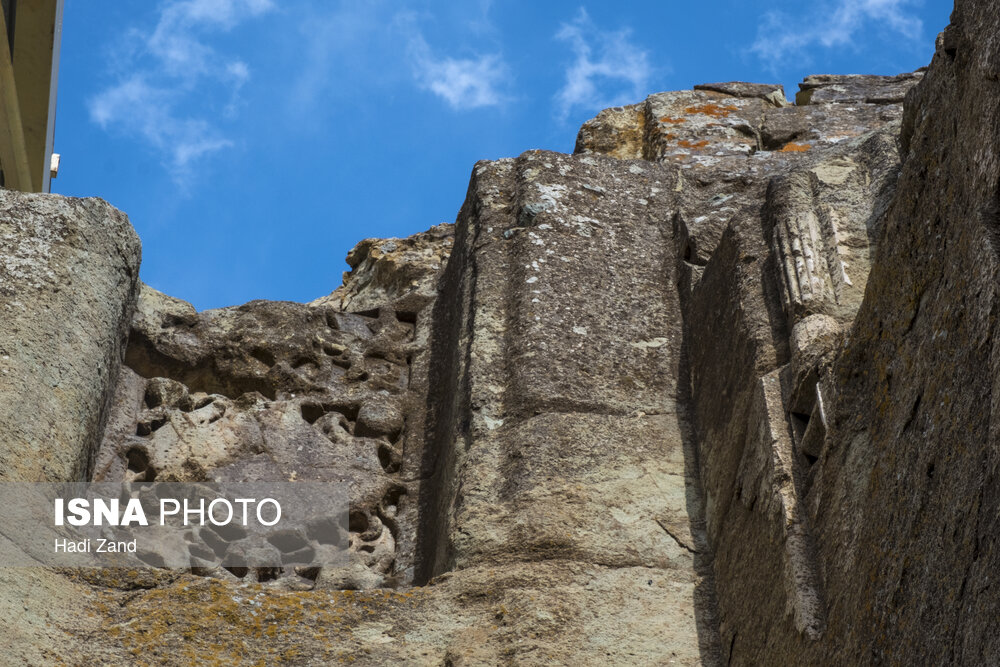 The temple is one of the most spectacular rock-cut sculptures in Iran. The most important feature is the two dragon reliefs, which sit across from one another in harmony and catch the attention of those interested in different architecture styles.

At first sight, some of the tourists think it is a Chinese temple. Even the area surrounding the temple is referred to as China in Iran!

The reliefs are five meters in length and 1.5 meters in width and have been created by a Chinses artist.

In Iranian literature, the dragon used to be a symbol of repression and cruelty. With the entry of the Ilkanate to Iran, however, it took on a positive sense in the Iranian culture and turned into a symbol of the good, blessings and a lasting government, like an ever-vigilant guardian. 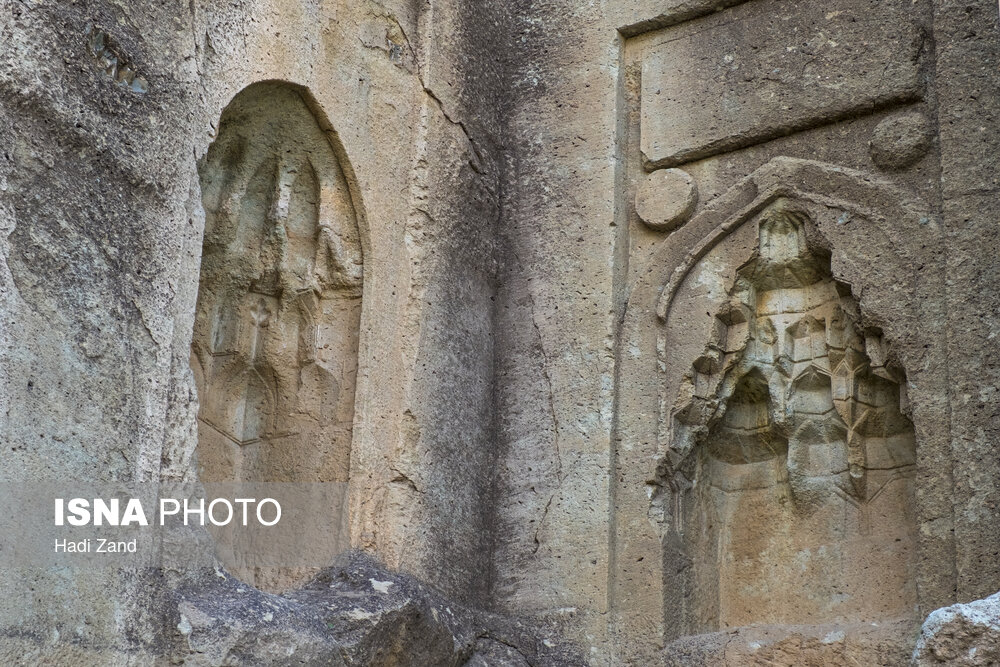 The architecture of the Dashkasan Temple

The temple is comprised of several ancient porches and areas, with reliefs seen all over the site. All the features in their entirety have turned the Dashkasan Temple into an unparalleled work of architecture.

Three niches have been carved in the heart of rocks in the western and eastern sections of the temple, which are decorated with beautiful ornamented vaultings (Muqarnas) and distinctive Persian patterns featuring different designs.

It appears that the design and the creation of the patterns took place under the influence of the social status in Iran in the 8th century.

Archeological experts believe that the most advanced techniques of the time were used for stone carving using steel.

Choosing the best location for constructing the temple, from among other spots in the region, is indicative of the builder’s deep knowledge of geology. The stone carvers possibly used some sculpturing techniques as well.

More photos of the Dragon Temple

Here are photos of different sections of the Dragon Temple, taken from the ISNA news agency: