A Look at Iranian Newspaper Front Pages on September 9

IFP has taken a look at the front pages of Iranian newspapers on Wednesday, September 9, 2020, and picked headlines from 12 of them. IFP has simply translated the headlines and does not vouch for their accuracy. 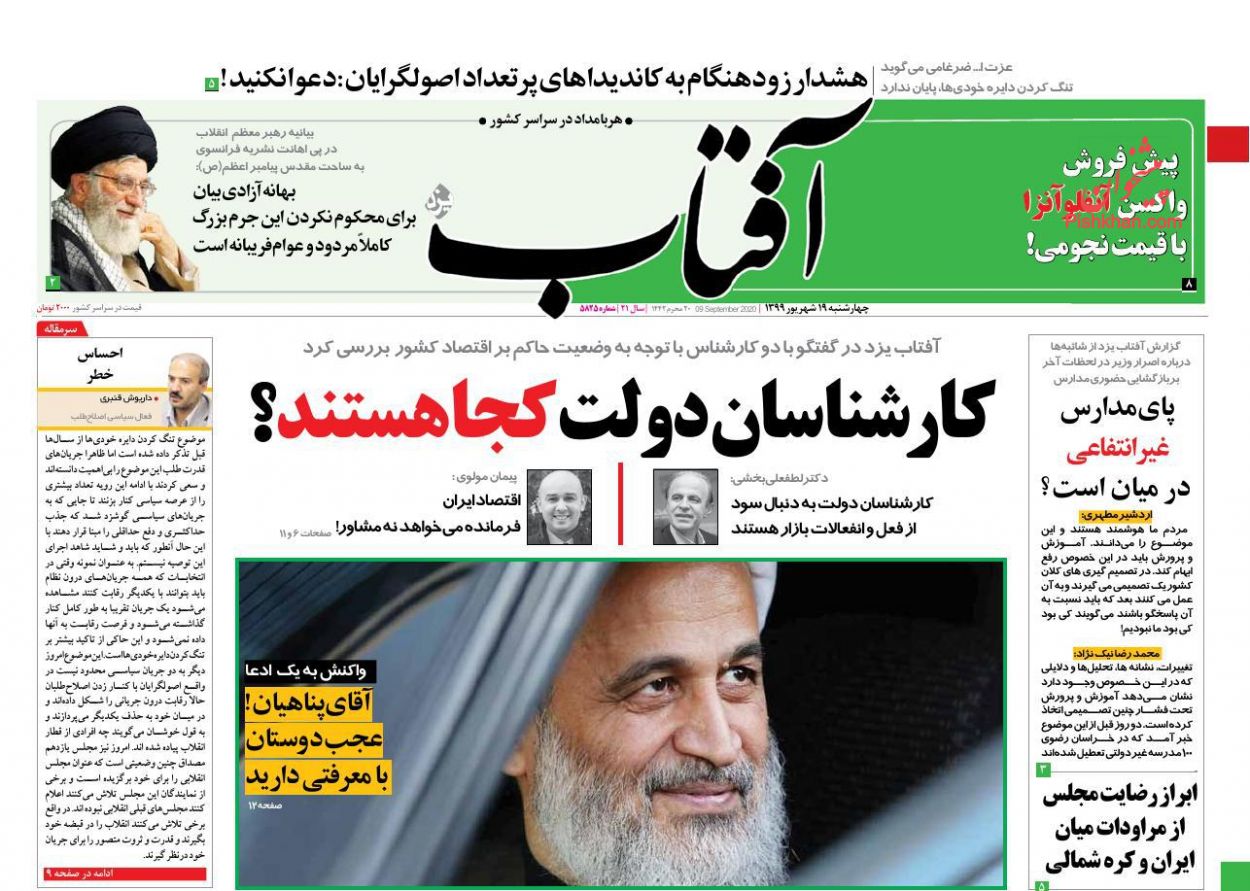 2- Japan Has Offered Iran to Exchange Oil with Grains 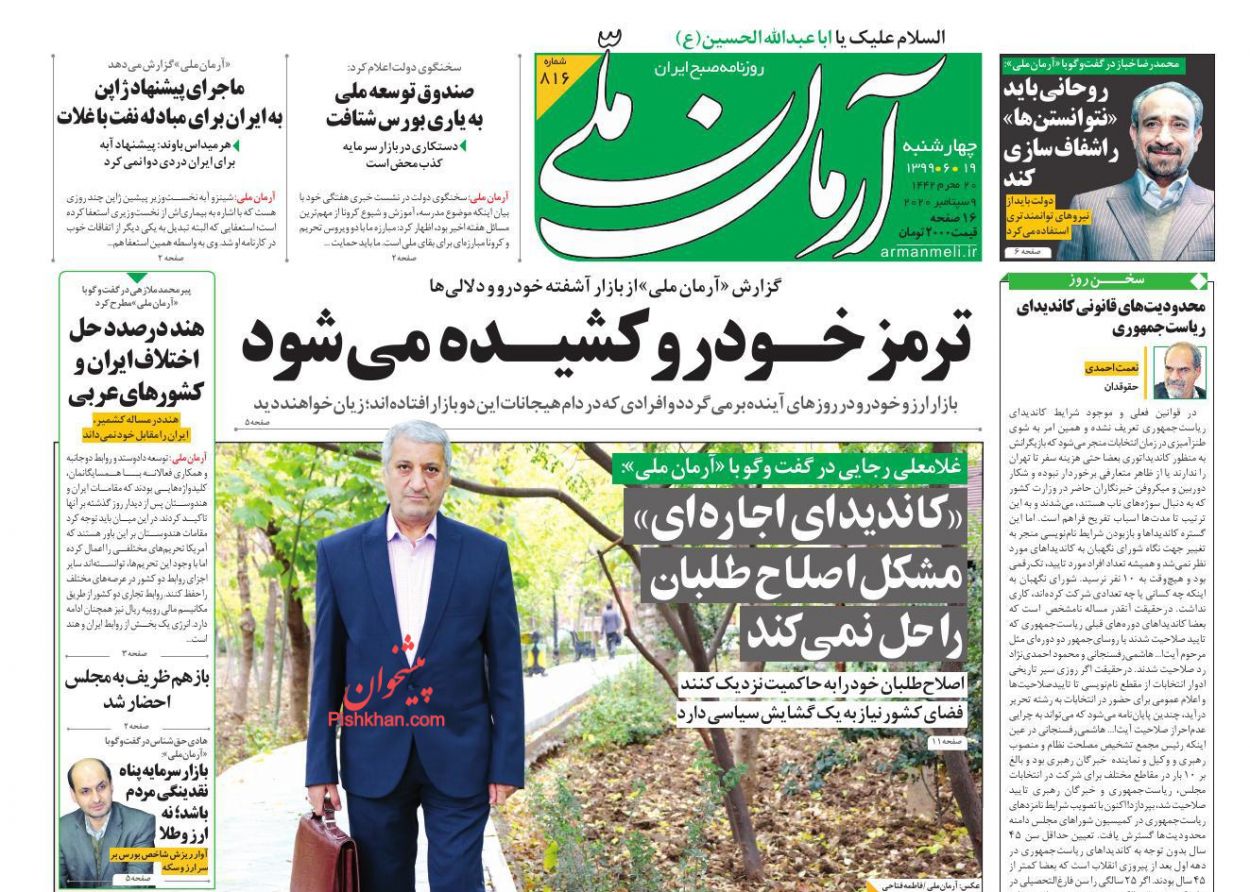 4- Iran, UAE on Path of Confrontation: A Deal that Changes Equations

5- Risk of Third, Fourth Waves of COVID-19 in Autumn

* One Million Iranian Children at Risk Until End of Pandemic 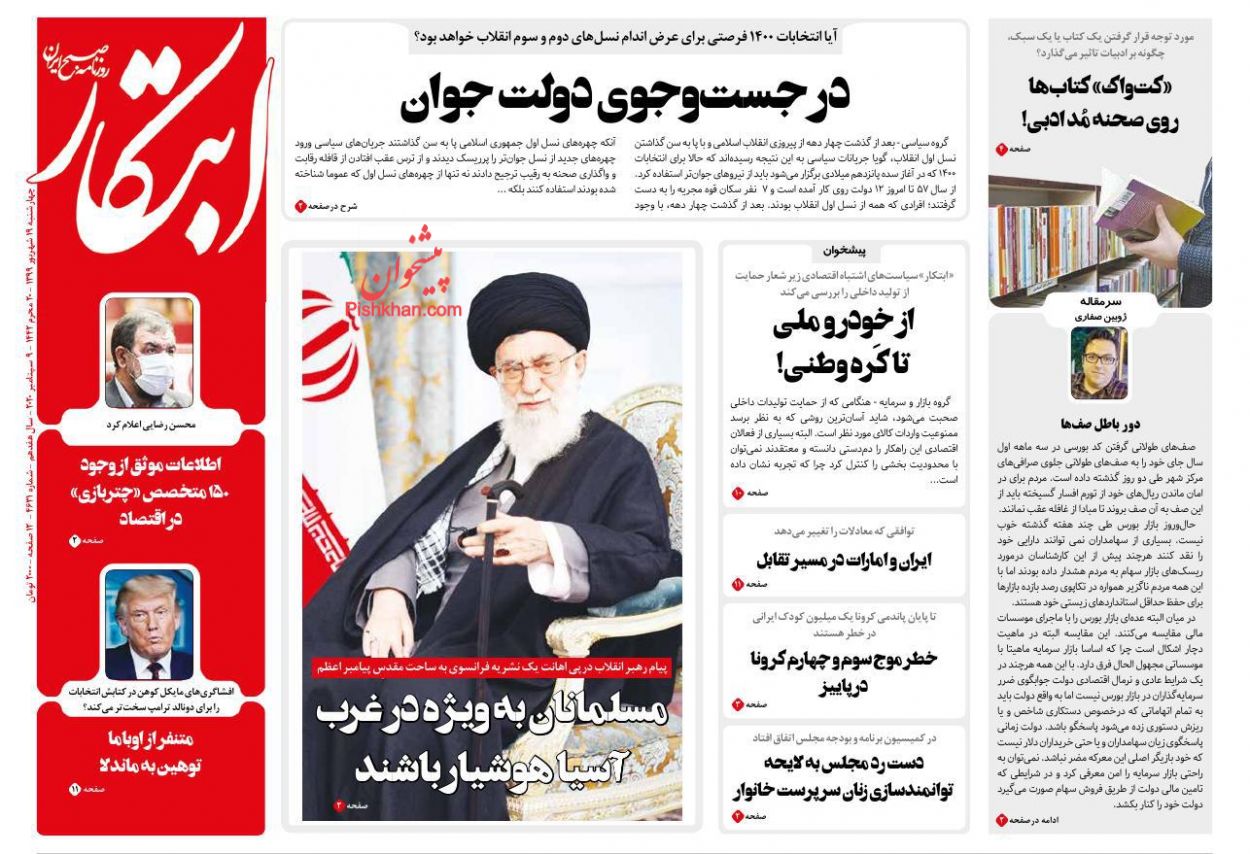 1- Health Minister to WHO Chief: It’s Time for Global Call to End US Sanctions on Iran 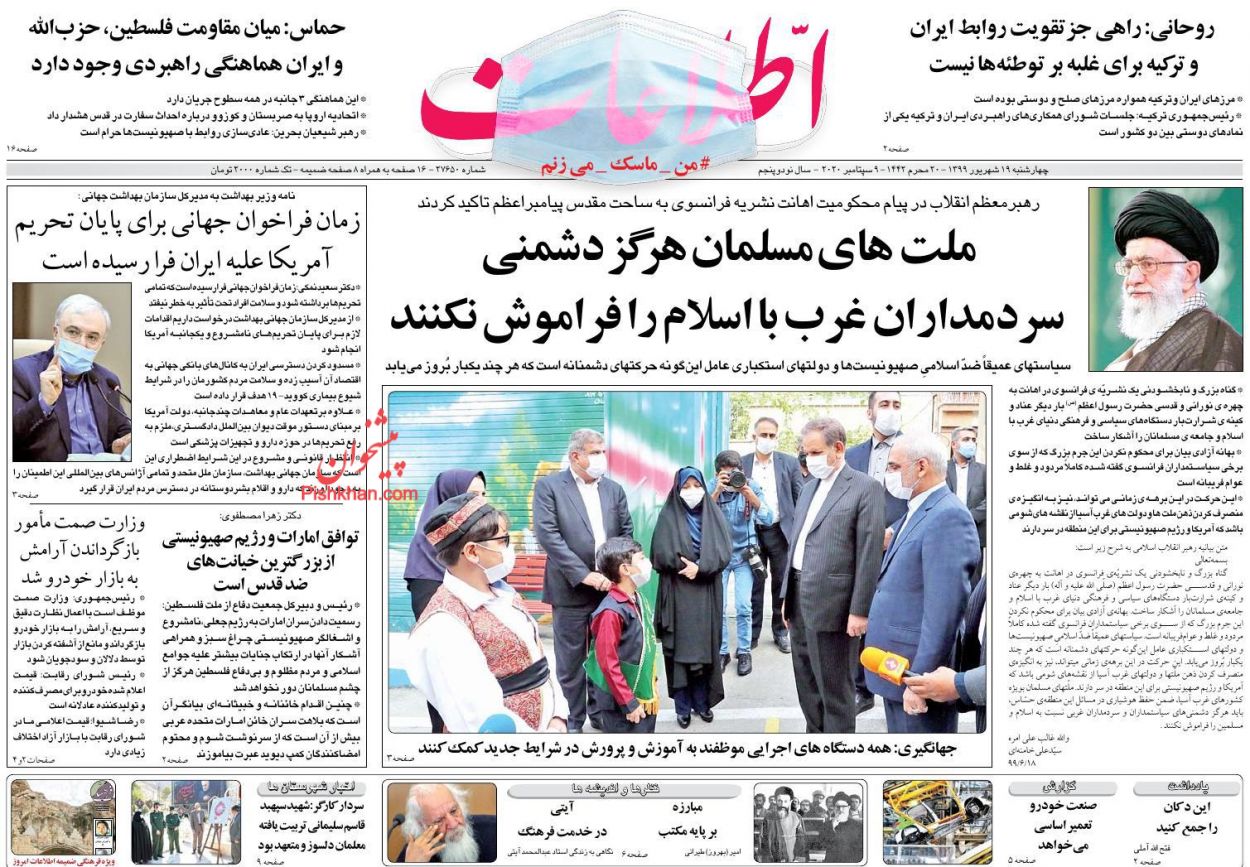 1- Islamophobia on Pretext of Freedom of Speech 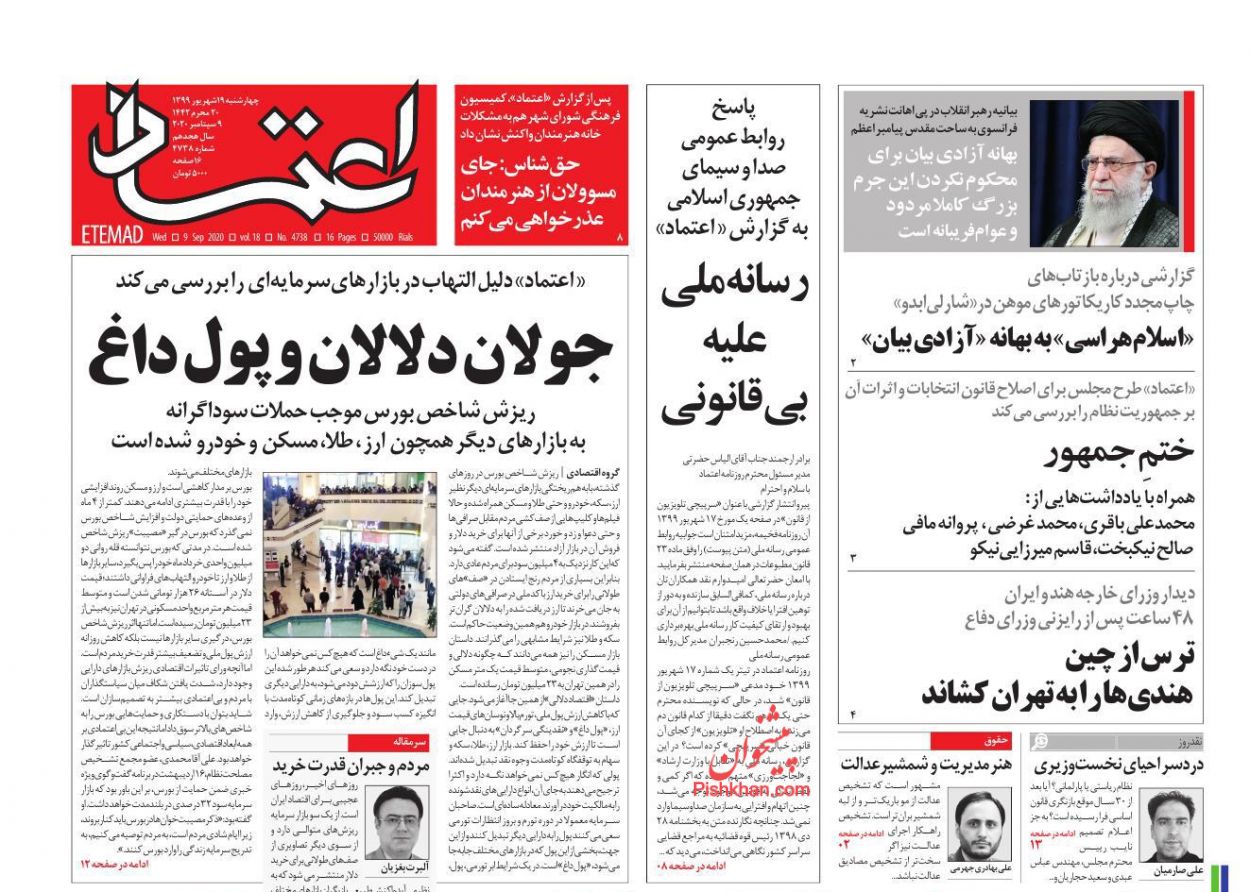 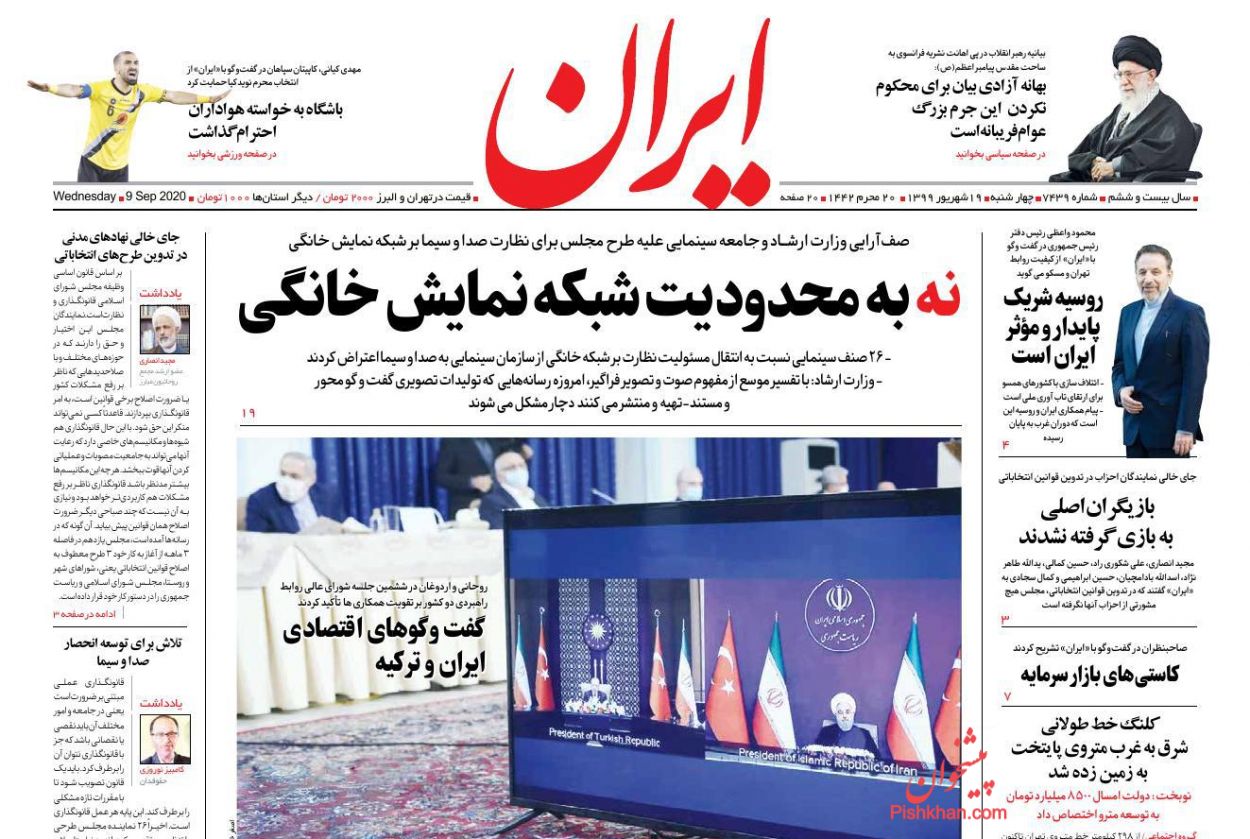 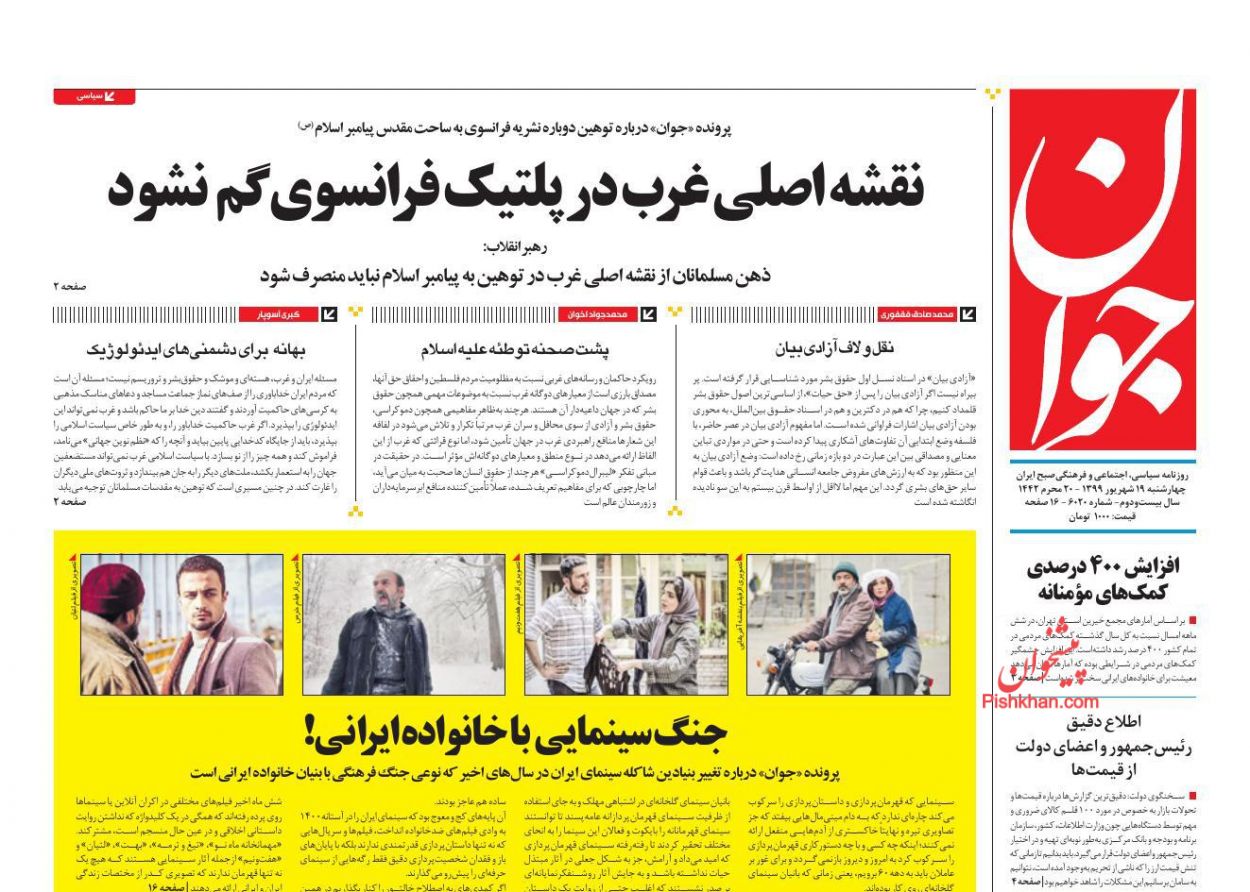 2- Unprecedented Revelation of Secrets about Trump, His Wife’s Corruption Band 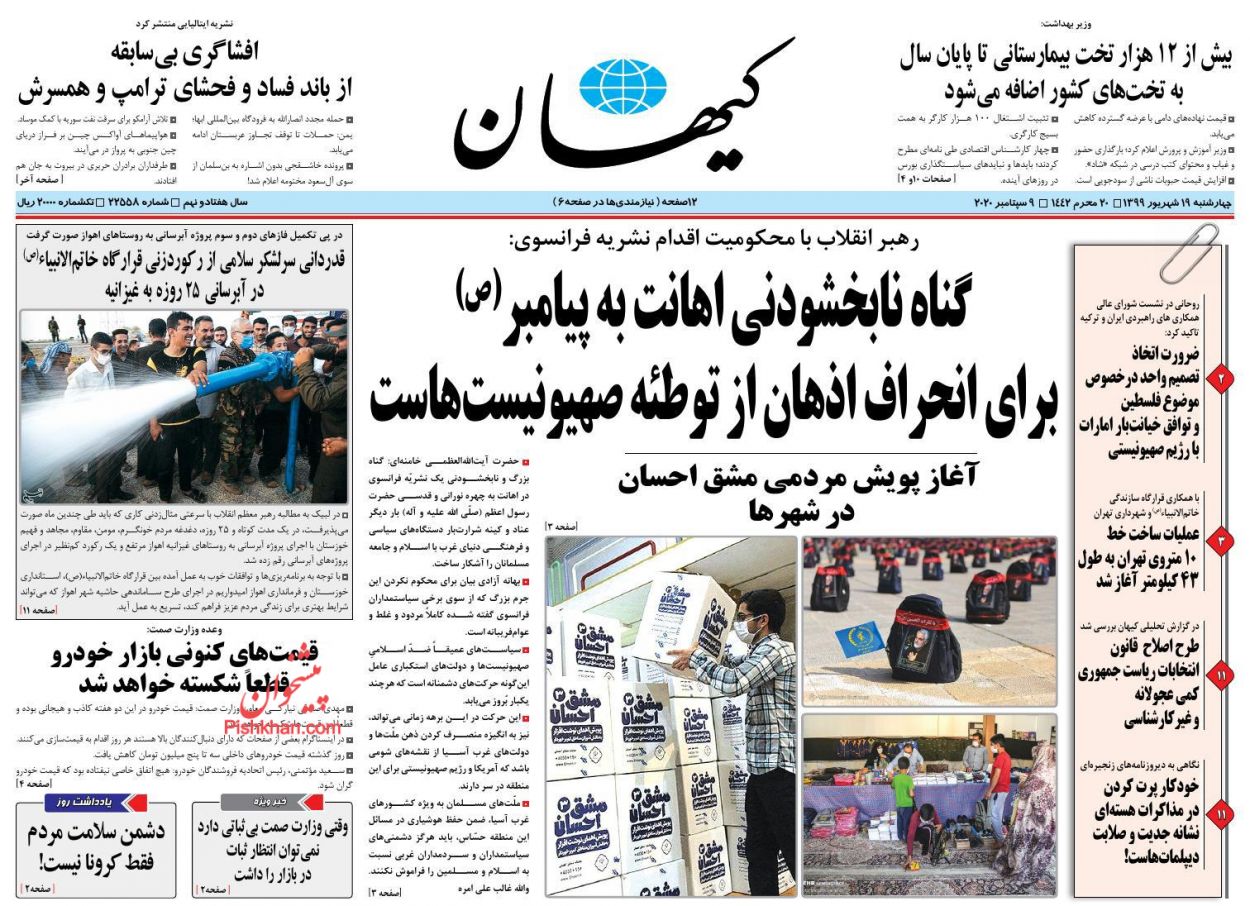 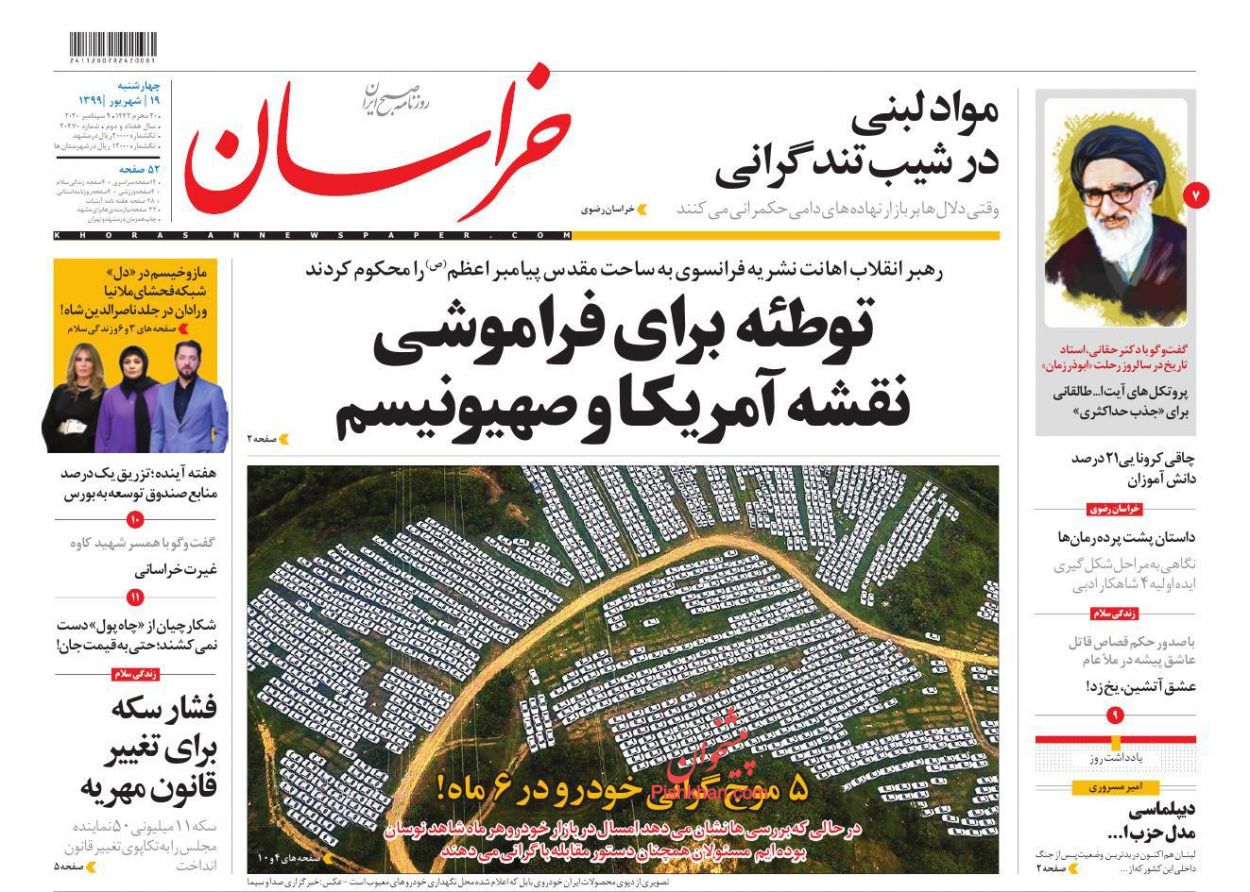 1- Biden and Iran: Fears and Hopes

2- Rouhani: Iran, Turkey Have No Way but to Reinforce Their Cooperation 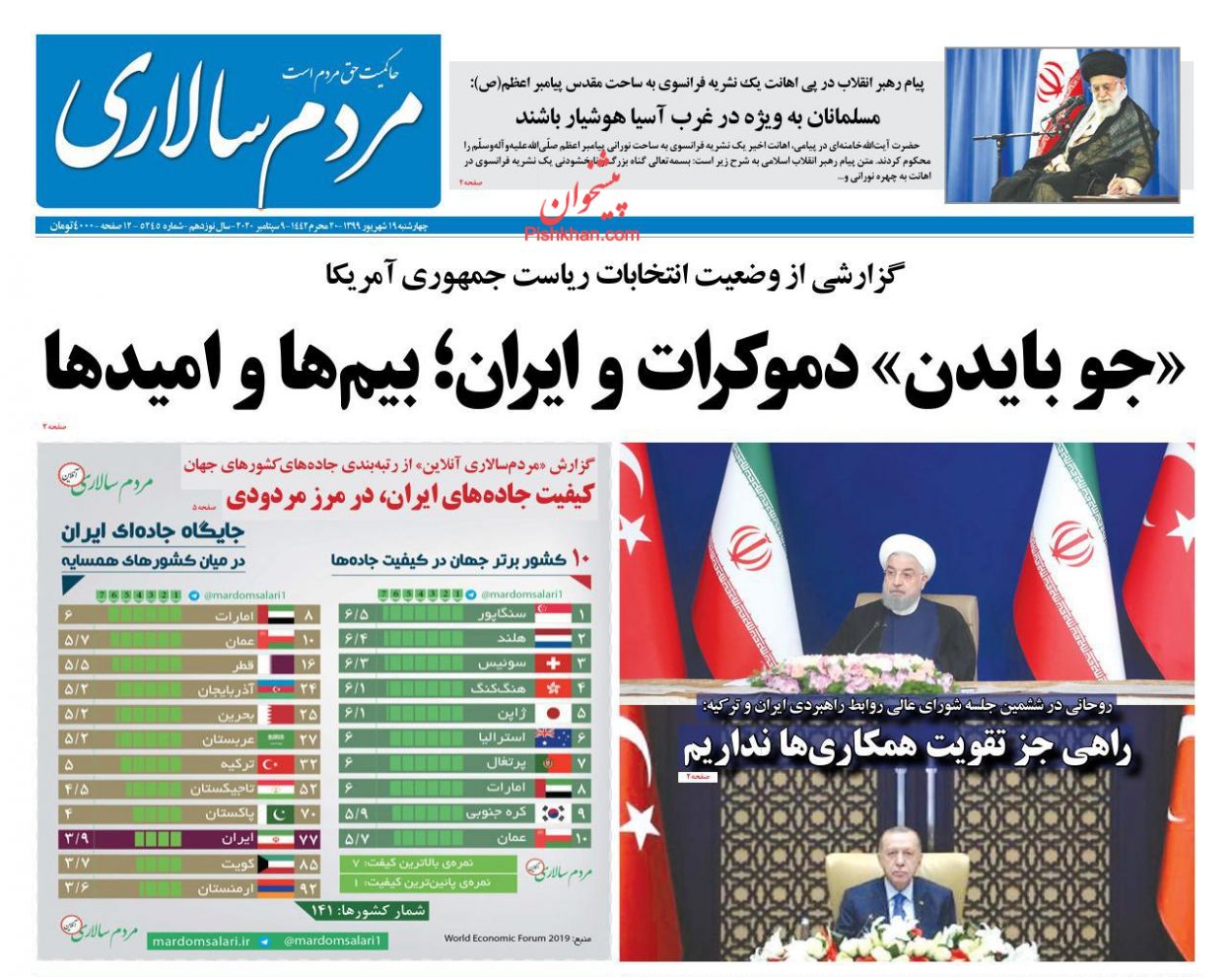 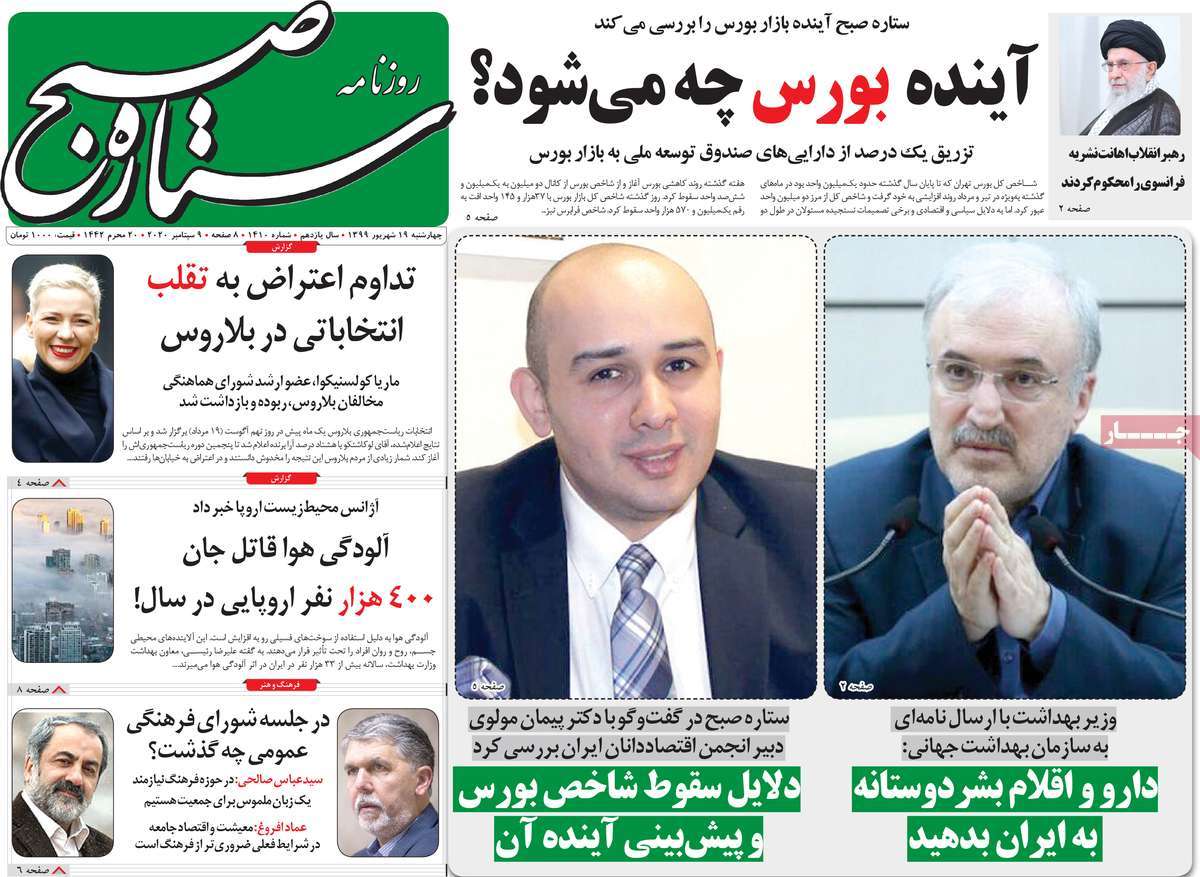 2- Rouhani: Iran-Turkey Ties to Be Reinforced to Overcome Conspiracies 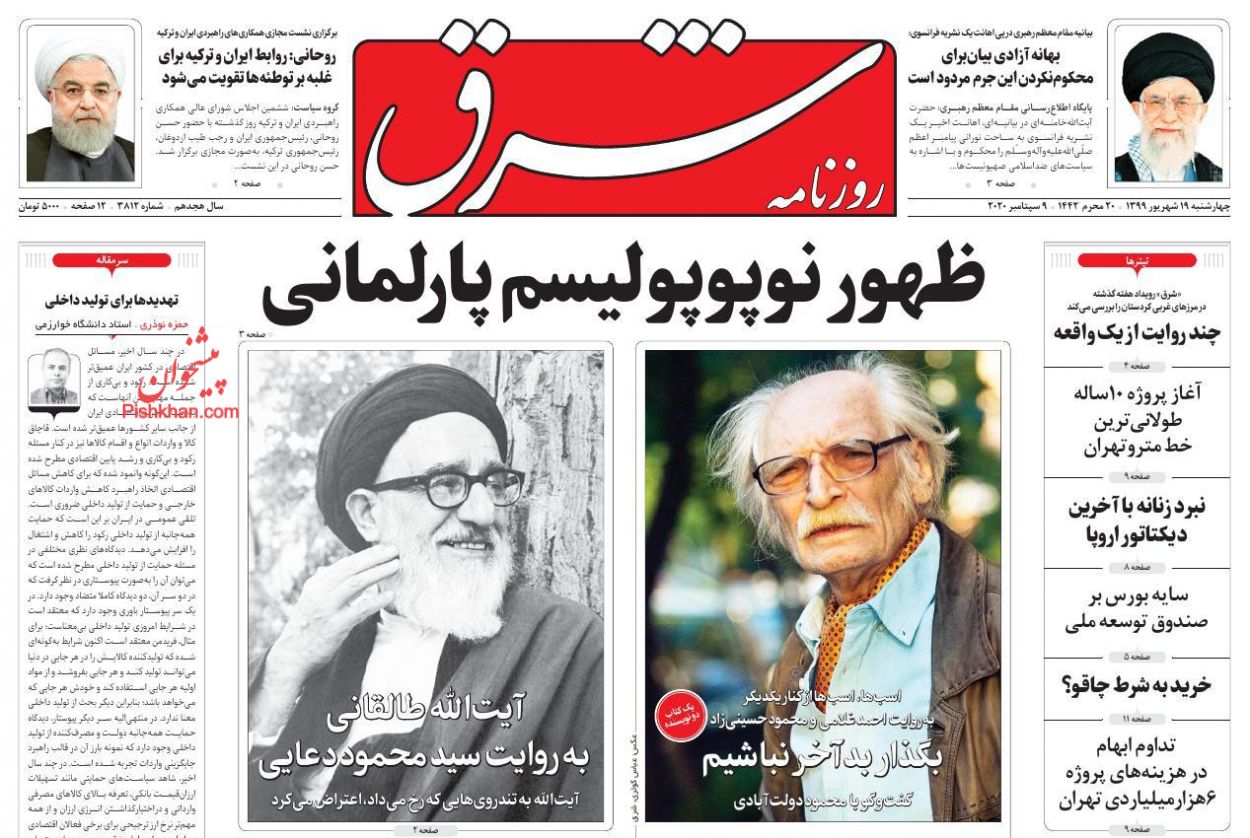