IFP has taken a look at the front pages of Iranian newspapers on Wednesday, October 30, 2019, and picked headlines from 9 of them. IFP has simply translated the headlines and does not vouch for their accuracy. 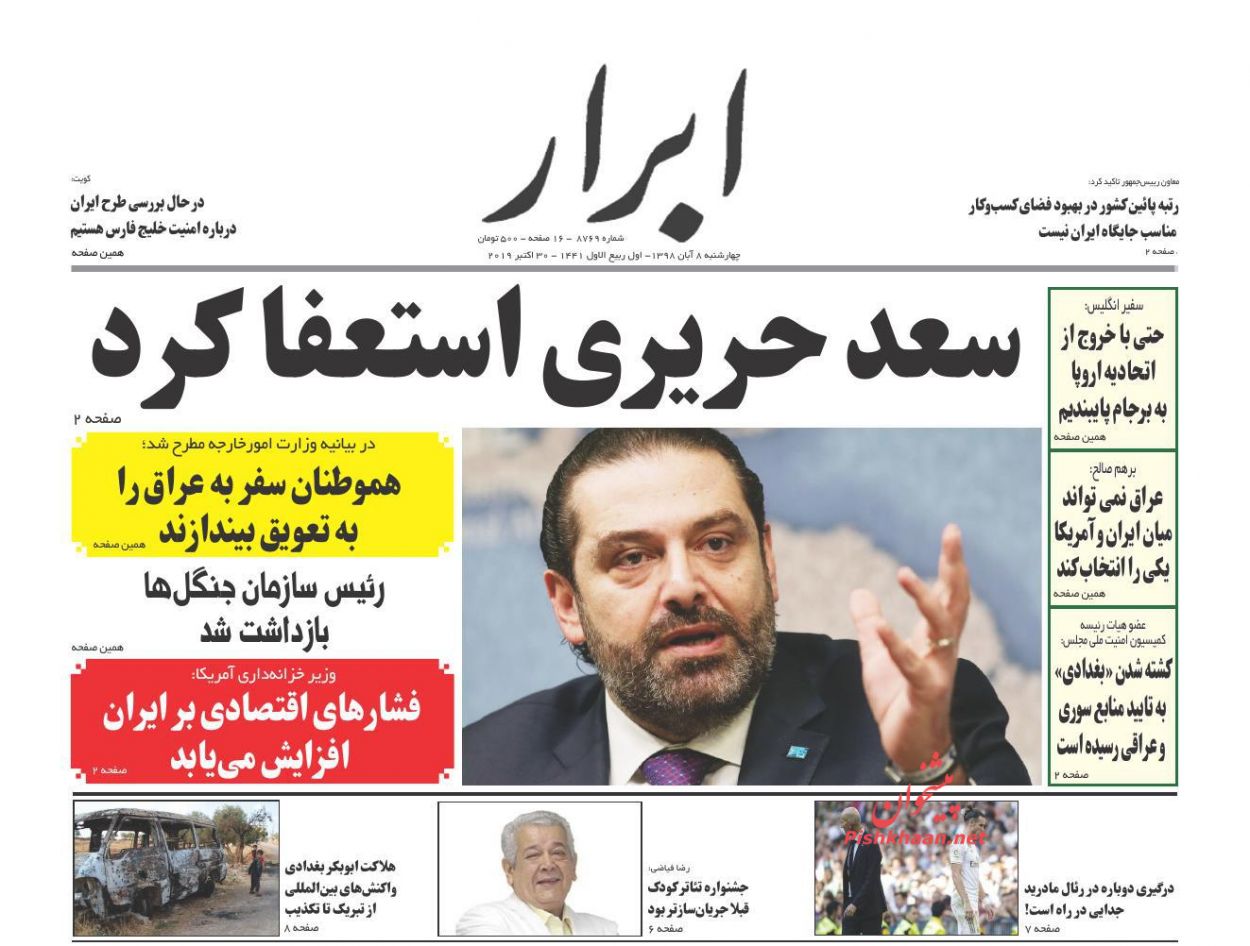 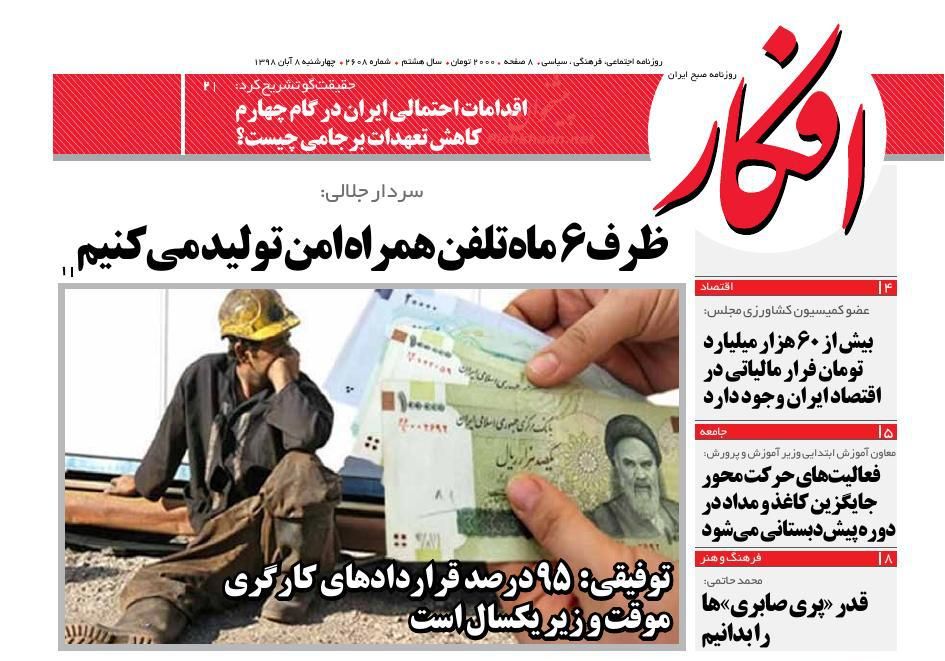 Aftab-e Yazd:
1- France One Step Closer to US on JCPOA
2- Americans Cut Tail of Dead Lion by Killing al-Baghdadi 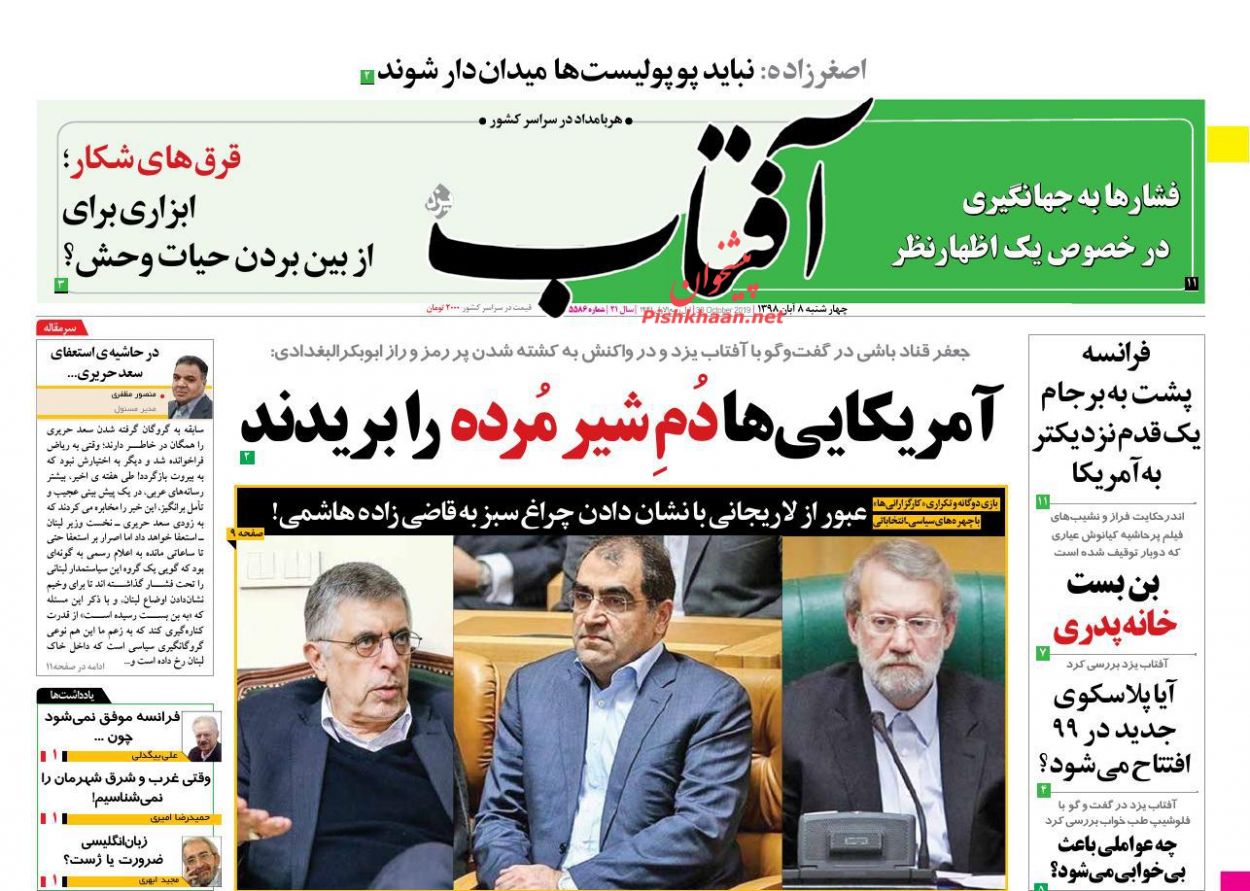 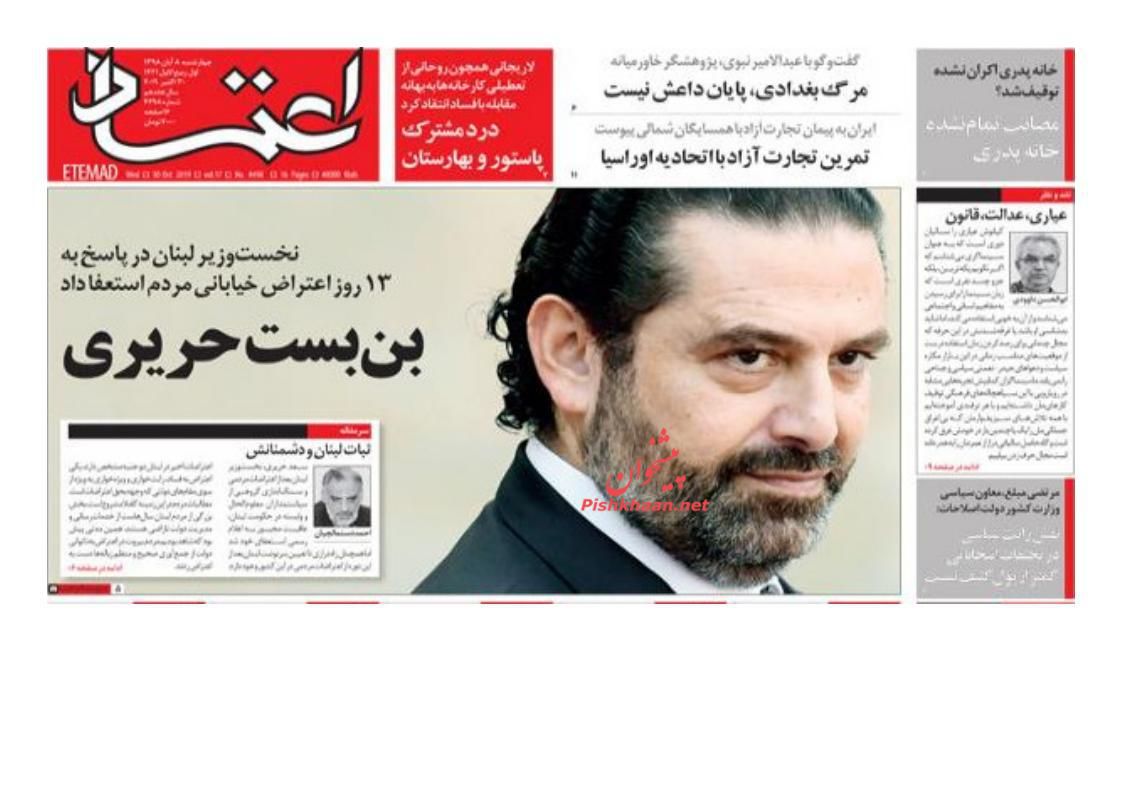 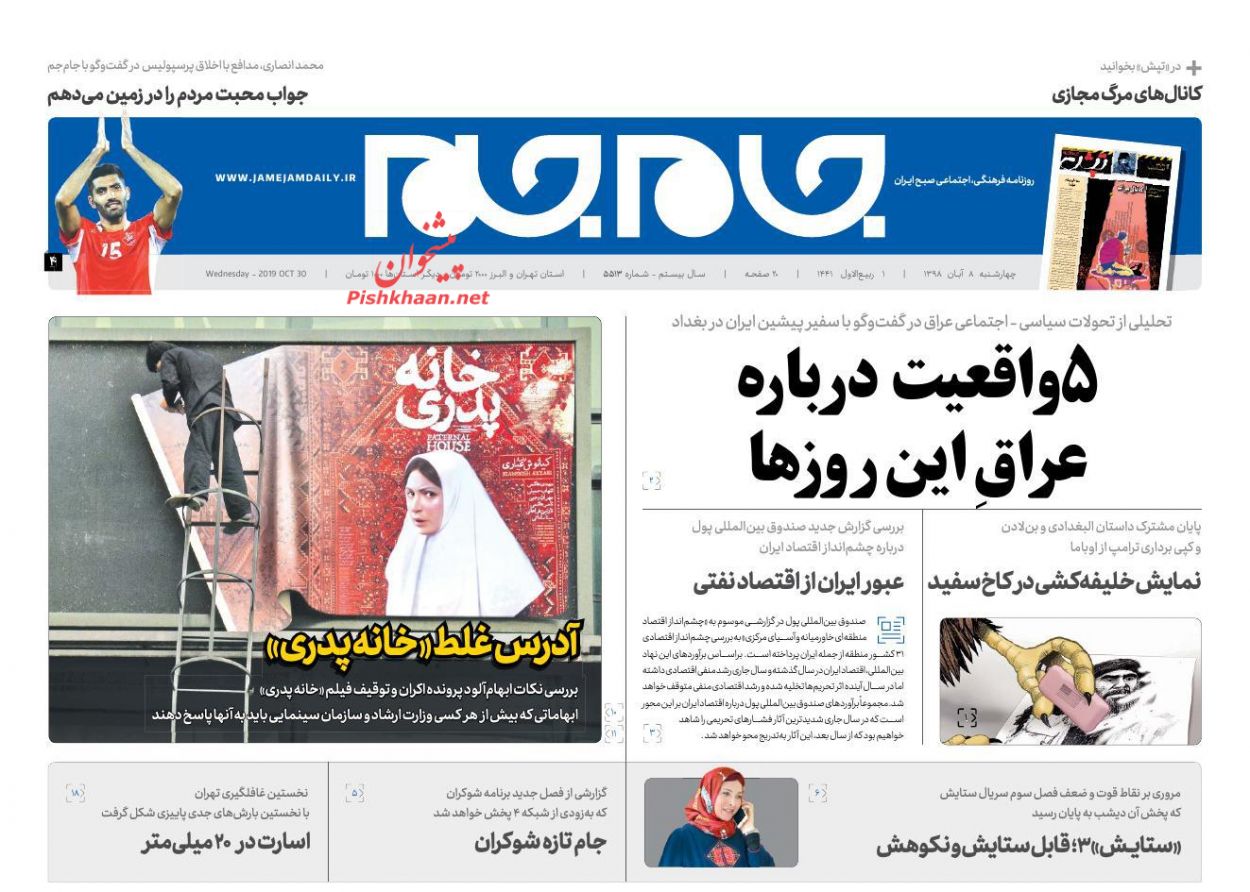 1- Trump Gets Closer to Impeachment: US House to Vote Thursday 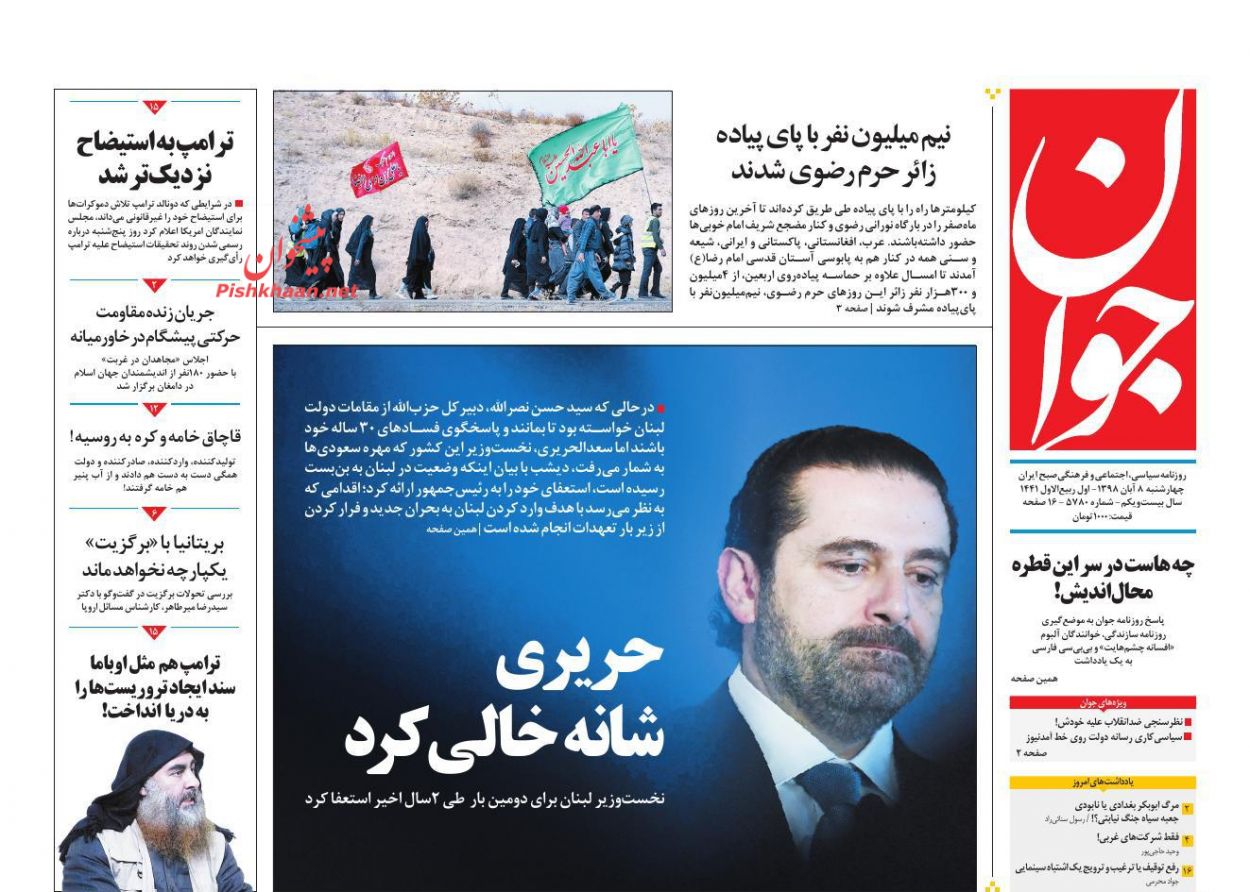 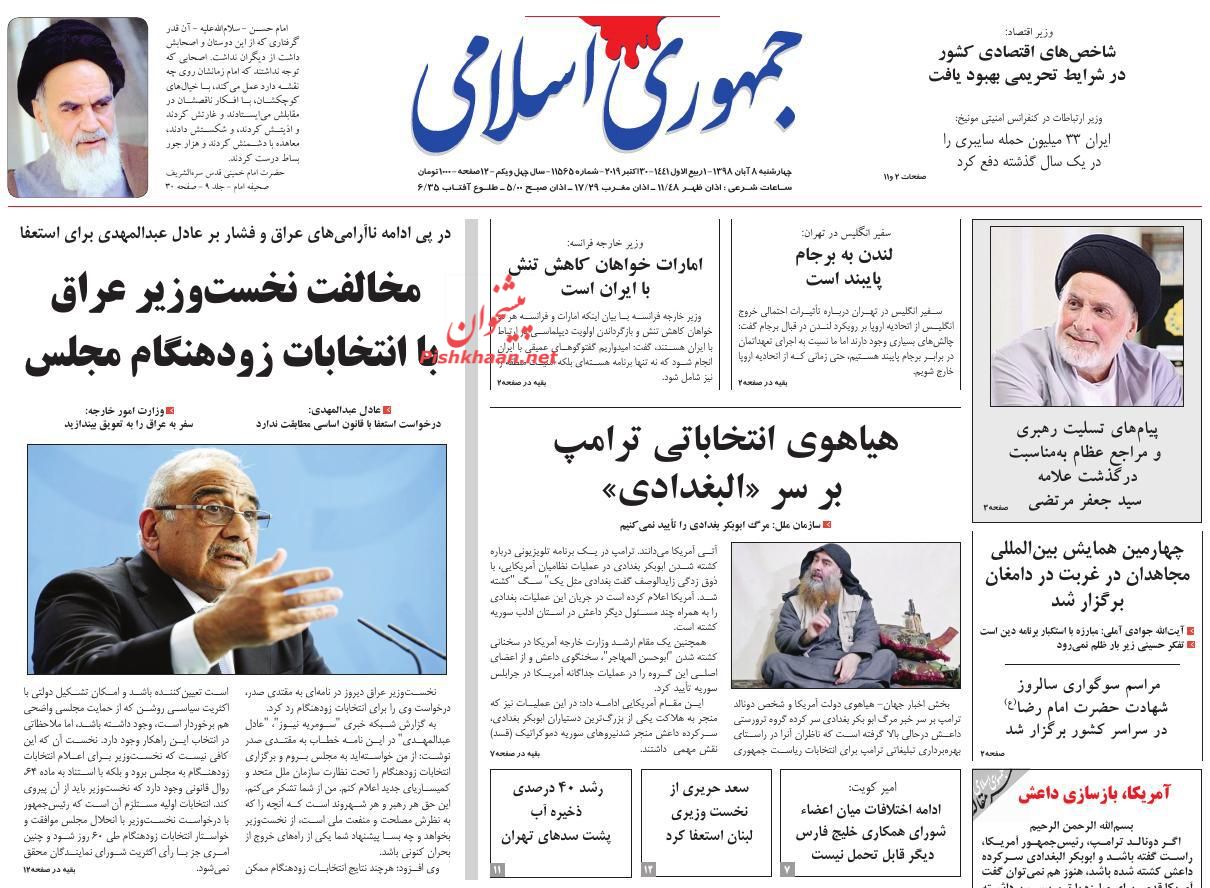 3- US Removes al-Baghdadi after End of His Expiry Date 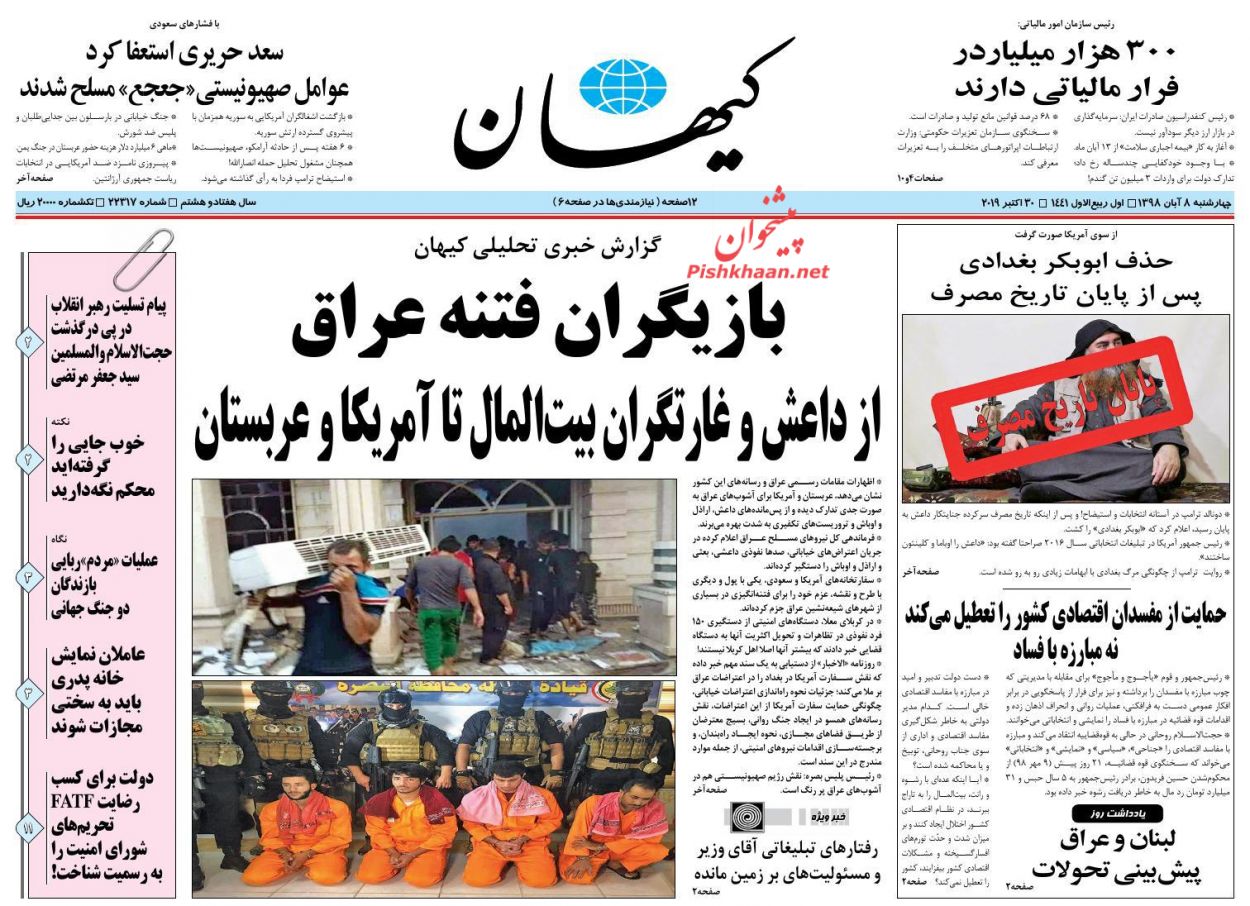 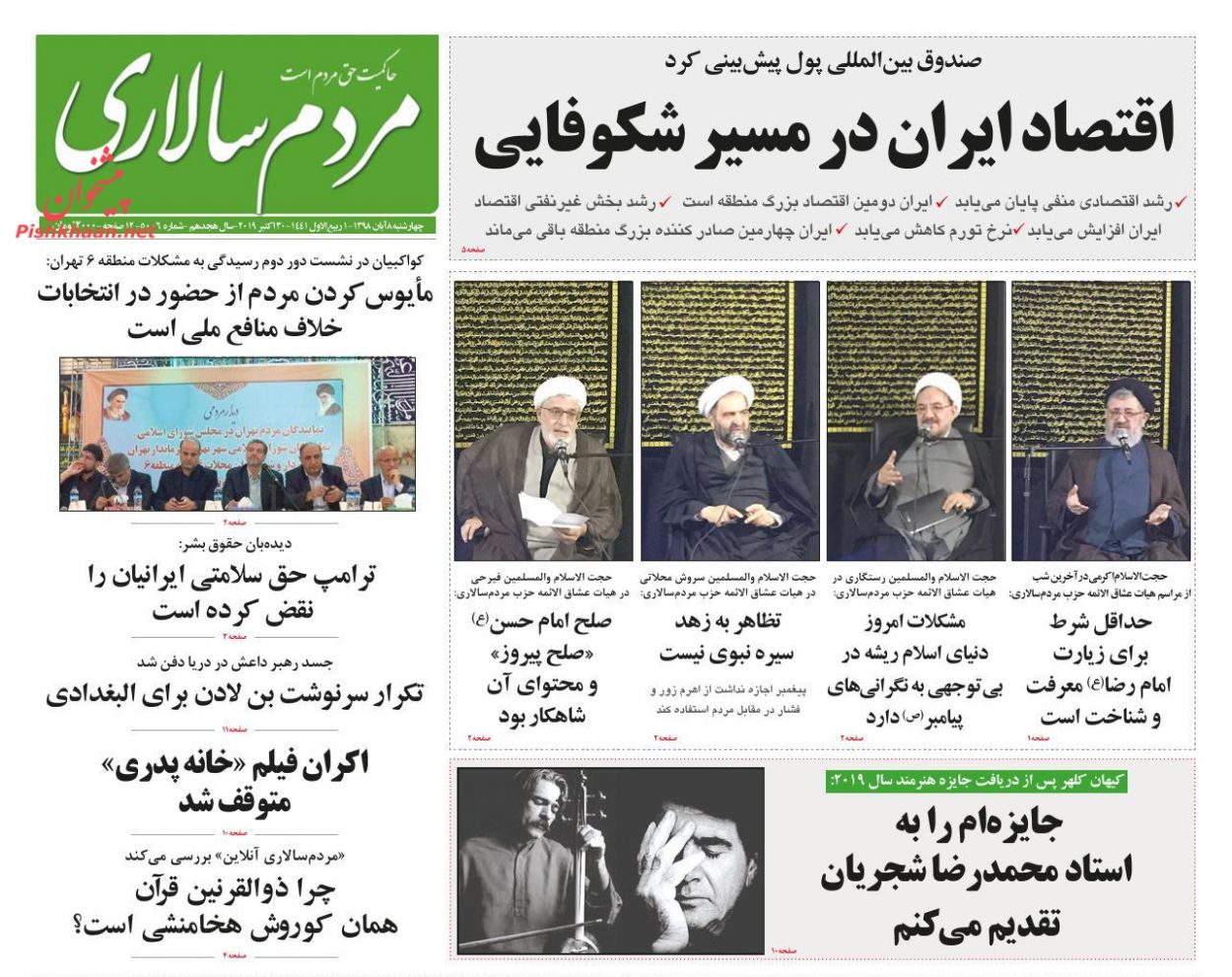