IFP has taken a look at the front pages of Iranian newspapers on Thursday, November 7, 2019, and picked headlines from 7 of them. IFP has simply translated the headlines and does not vouch for their accuracy.

1- Zarif to Europe: Remain Committed to Your Commitments

2- Rouhani: We Have to Take Fourth Step, But There Are Still 2 Months Left for Talks

1- Enrichment in Fordow in Fourth Cut to Iran’s Commitments

1- Beginning of 4.5-Percent Enrichment in Fordow

2- Even Johnson Falls Victim to Brexit

2- Paris, Washington Dividing Labour: Is France Complicit with US?

3- Fourth Step a Trivial One: JCPOA Withdrawal Only Response to West’s Violation of Commitments

5- Iran Leader’s Aide: Our Experience Shows US, E3 Not Going to Fulfill Their Commitments

3- Zarif: We Will Return to Our Commitments If Europe Complies with Its Obligations 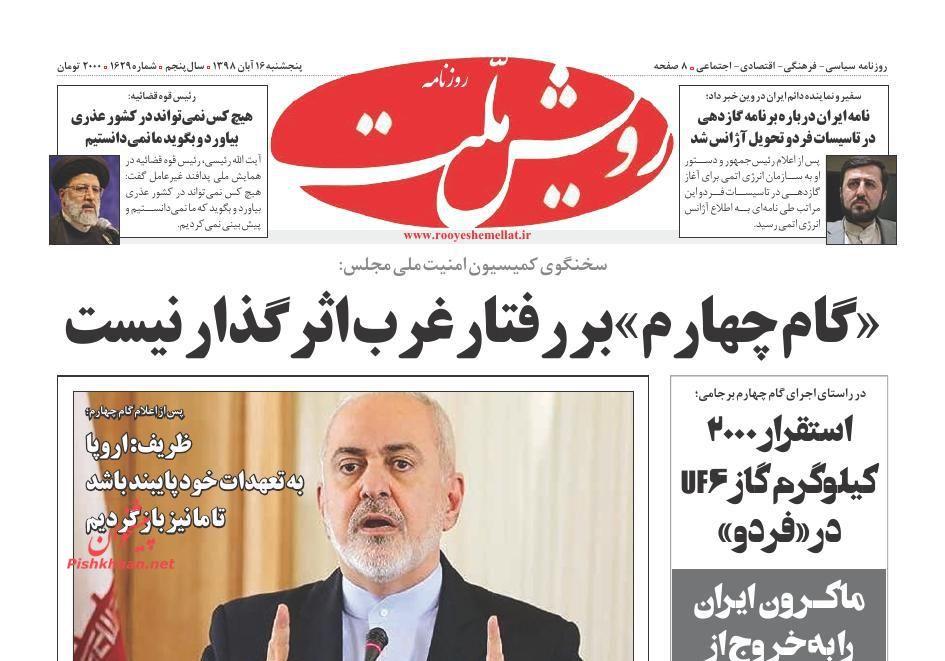