IFP has taken a look at the front pages of Iranian newspapers on Wednesday, November 13, 2019, and picked headlines from 9 of them. IFP has simply translated the headlines and does not vouch for their accuracy. 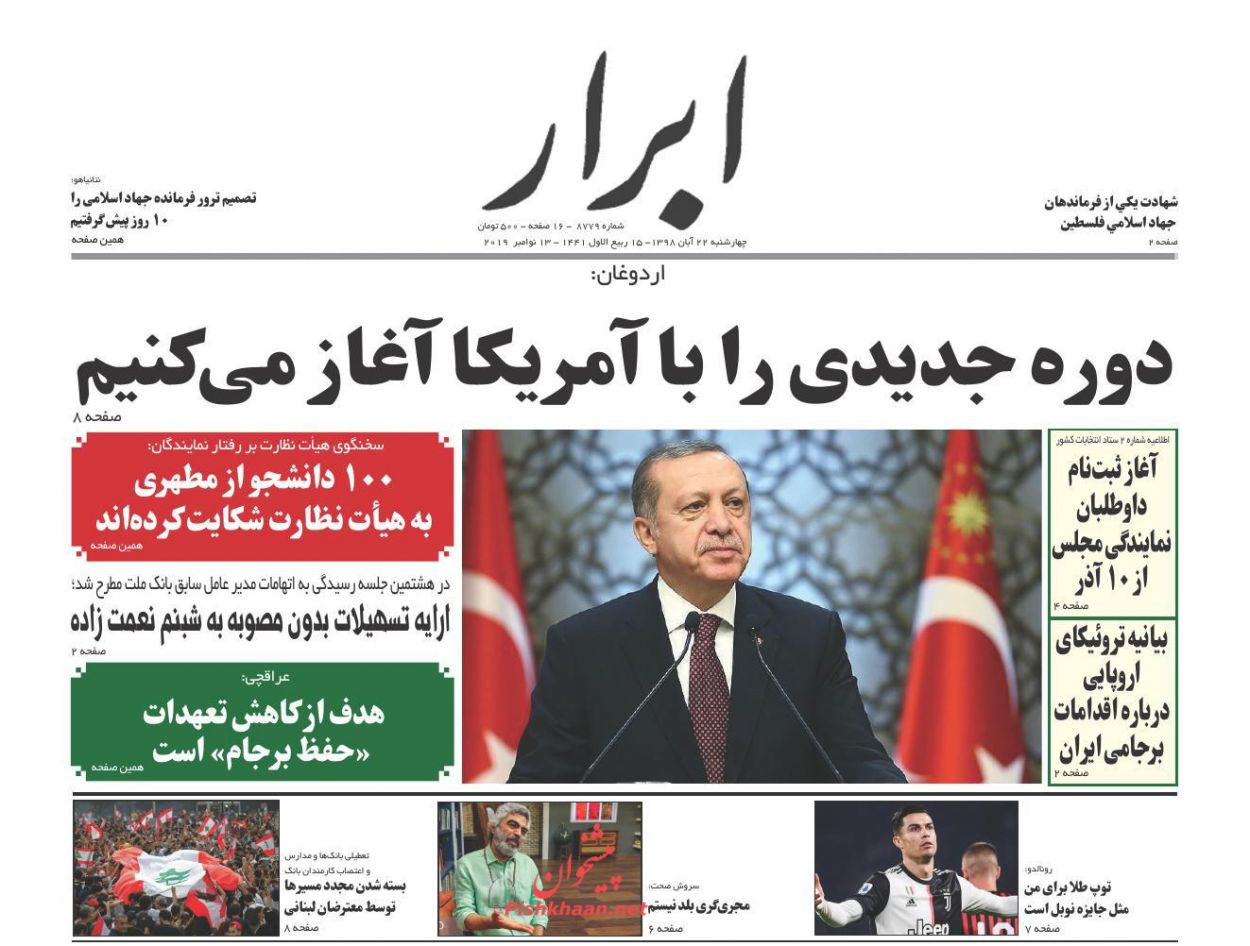 Afkar:
1- US Policies Failed in All Components of Power: IRGC General
2- Rouhani: We’d Negotiate If Another President Was in Office Aftab-e Yazd:
1- Good Offers Made in US, but It’s Hard to Trust Trump: Rouhani 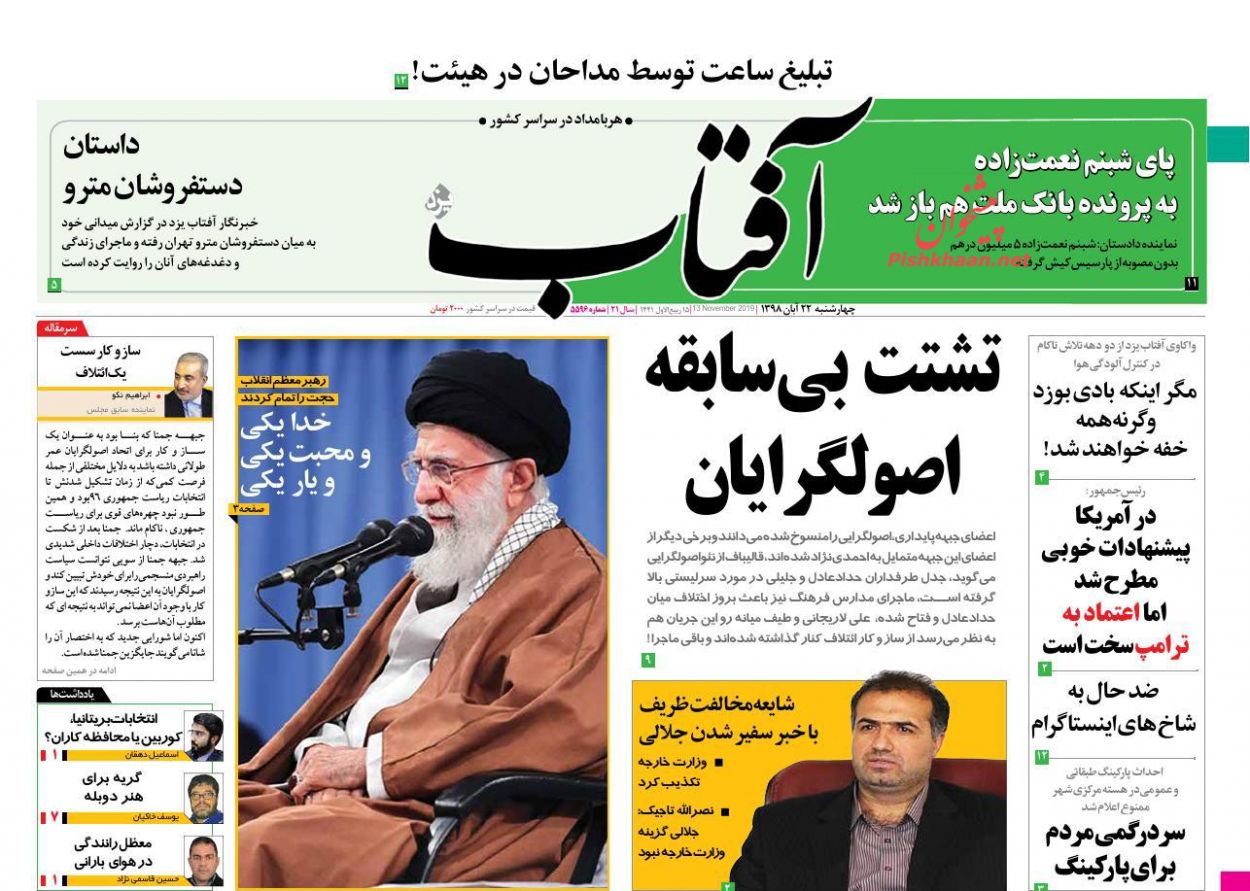 Arman-e Melli:
1- Difficult to Keep JCPOA and Have Sanctions Lifted
* A Report on Iran-EU Confrontation after Fourth Step
2- Nicaragua and Venezuela Next Targets of Coup 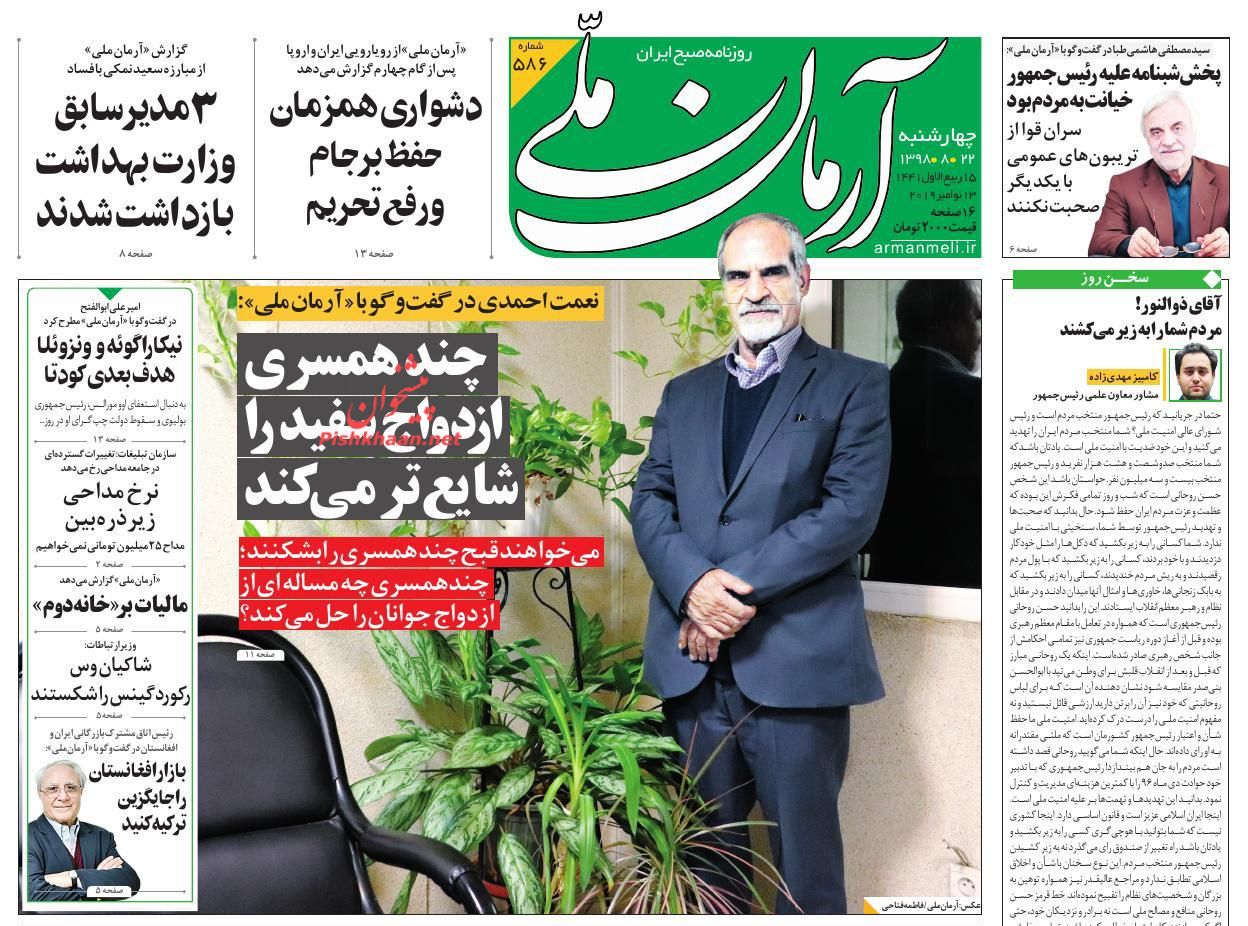 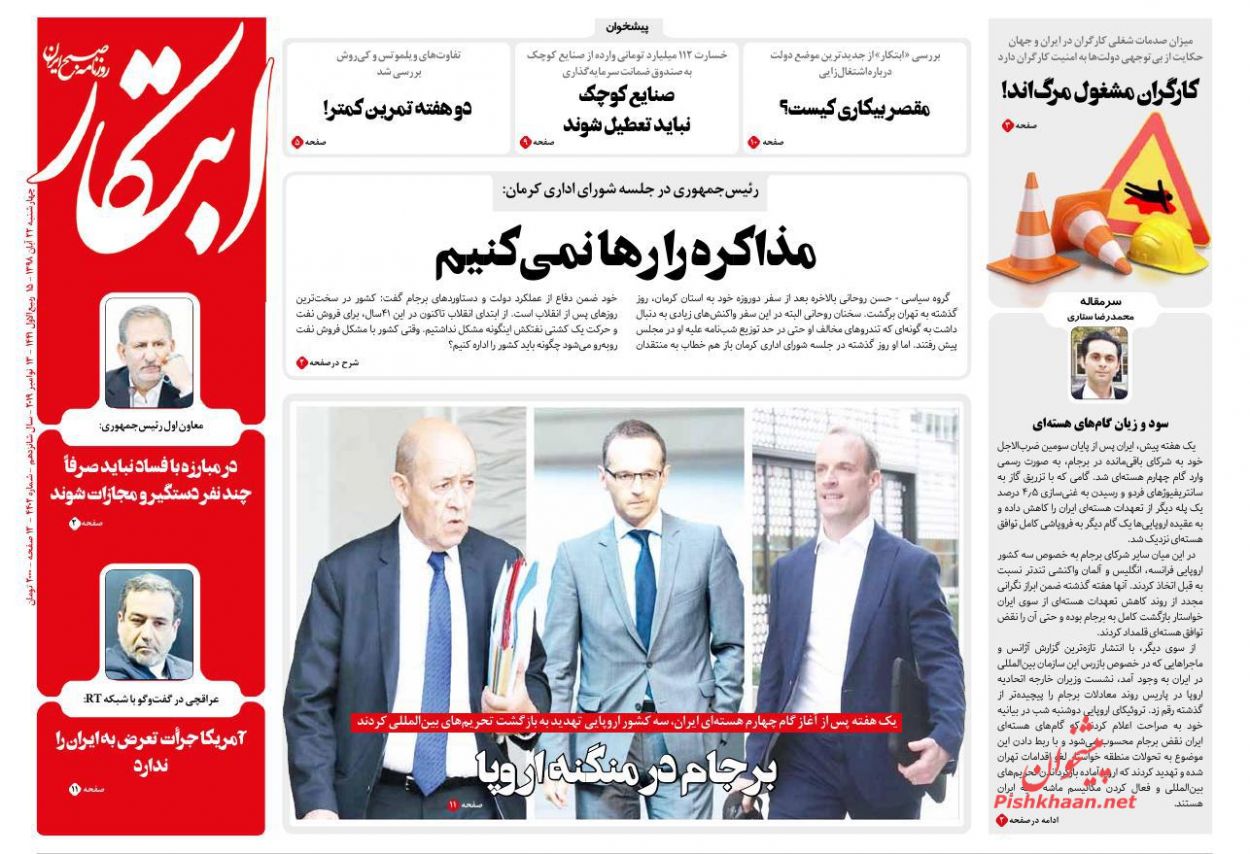 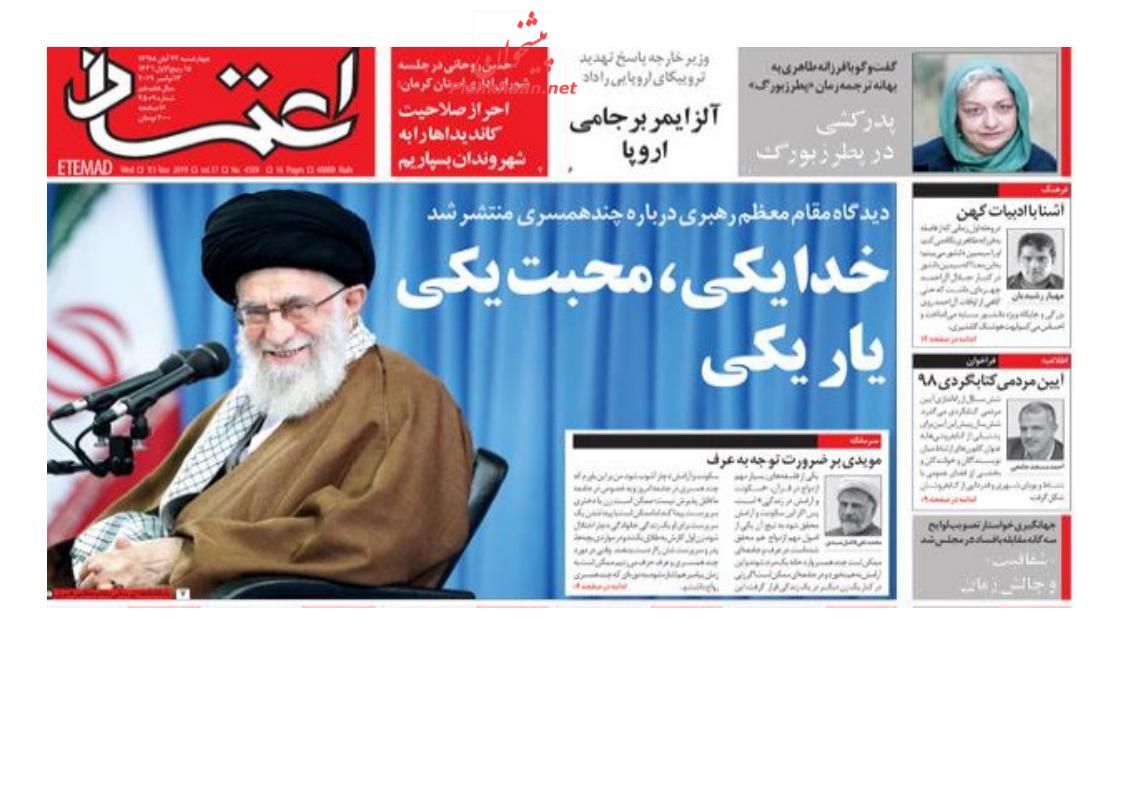 1- Russia Ahead of US on Hyper-Sonic Missiles: Analyst

2- Zarif to Europe: Just Show Me One of Commitments You Fulfilled in Past 1.5 Years 3- Iran’s Mobilization Power Gets US to Strategic Confusion

6- Erdogan: We’ll Extradite ISIS Elements, Whether They Take Them in or Not 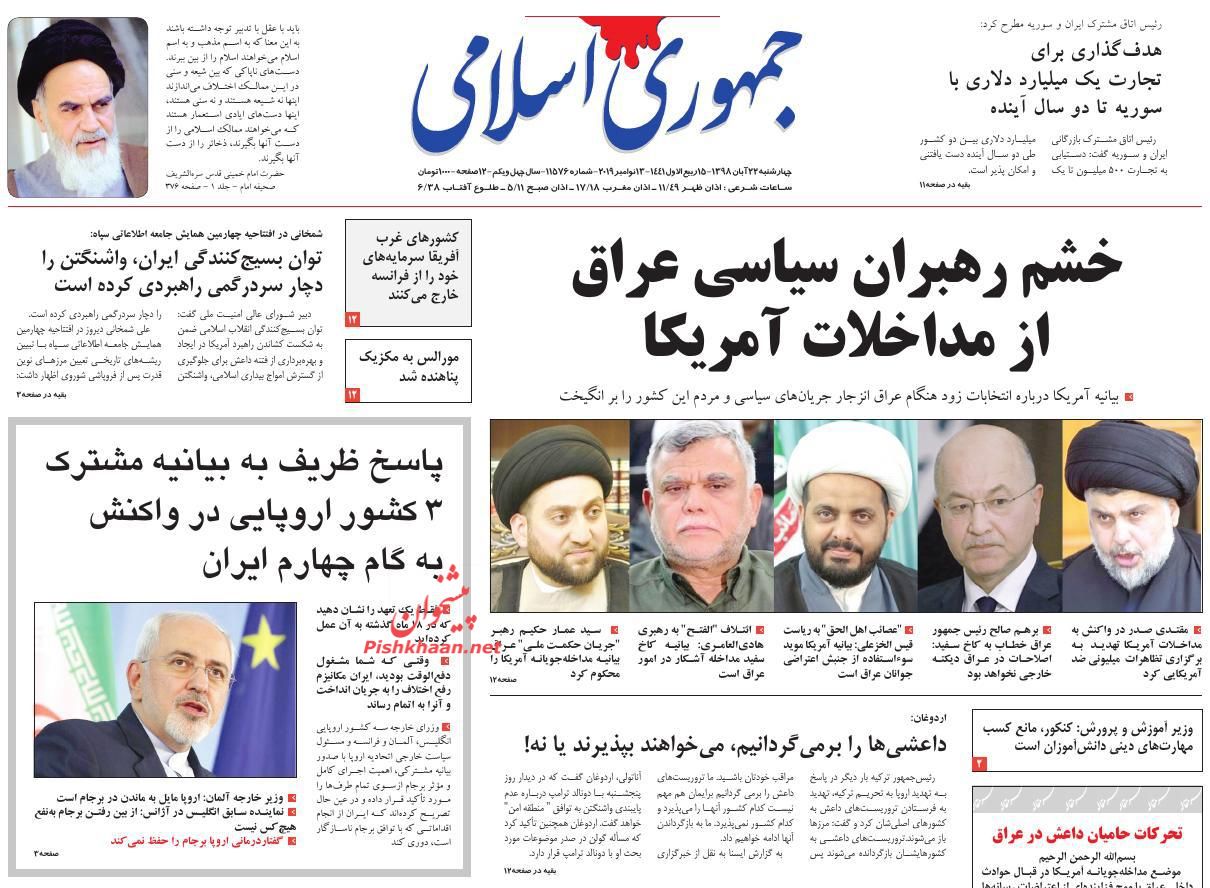 1- Don’t Interfere in Iraq Internal Affairs, We Won’t Give in to Foreign Dictates

* Strong Response to Iraq, Muqtada al-Sadr to US

2- Shower of Missiles on Israel: One Million Zionist Flee to Shelters

* In Reaction to Assassination of Islamic Jihad Leaders 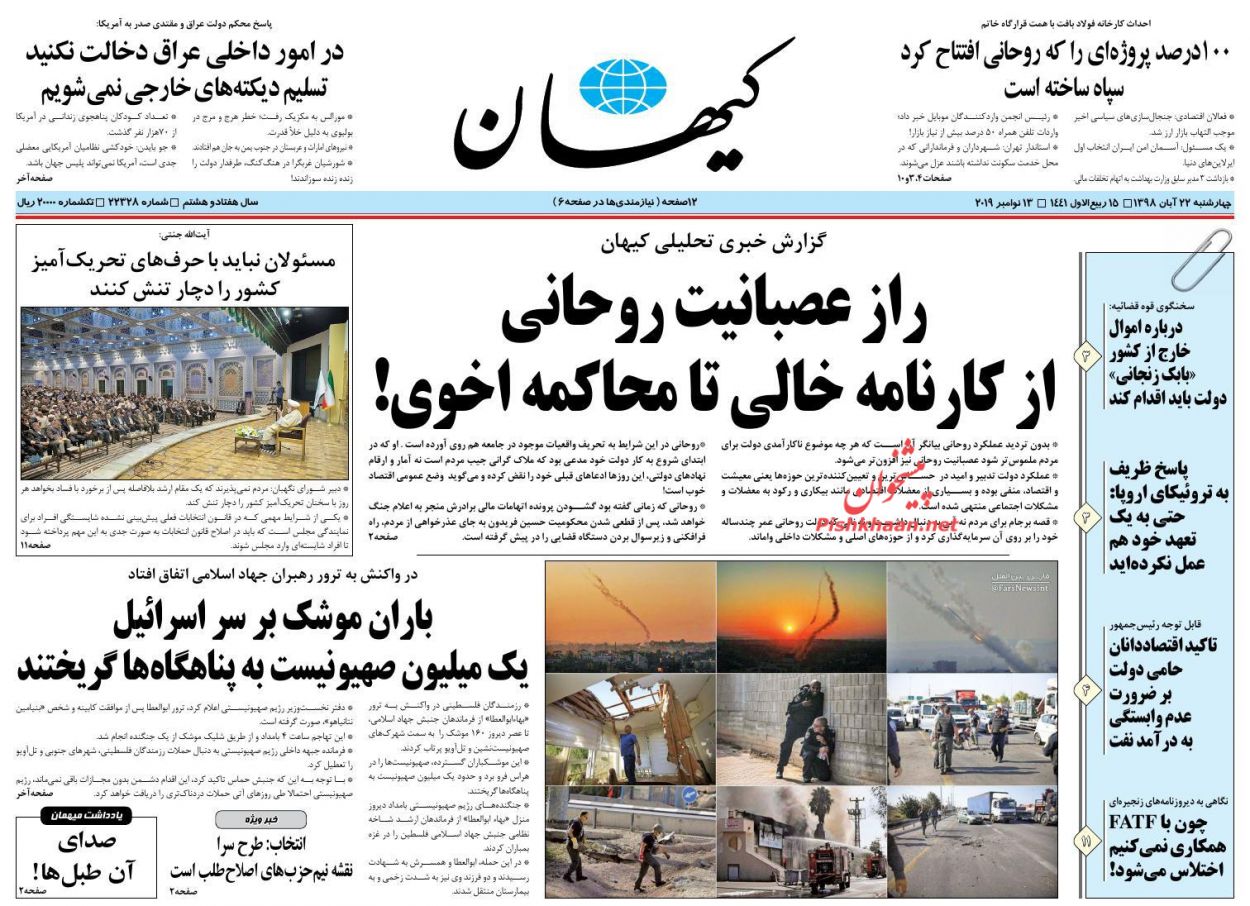