IFP has taken a look at the front pages of Iranian newspapers on Monday, November 11, 2019, and picked headlines from 12 of them. IFP has simply translated the headlines and does not vouch for their accuracy.

Abrar:
1- No Decision to Leave NPT for Now
2- The Two Billion Dollars Seized by US in Ahmadinejad’s Term
3- Araqchi: We’ll Give Response to Attack on Iranian Oil Tanker in Due Time, Place 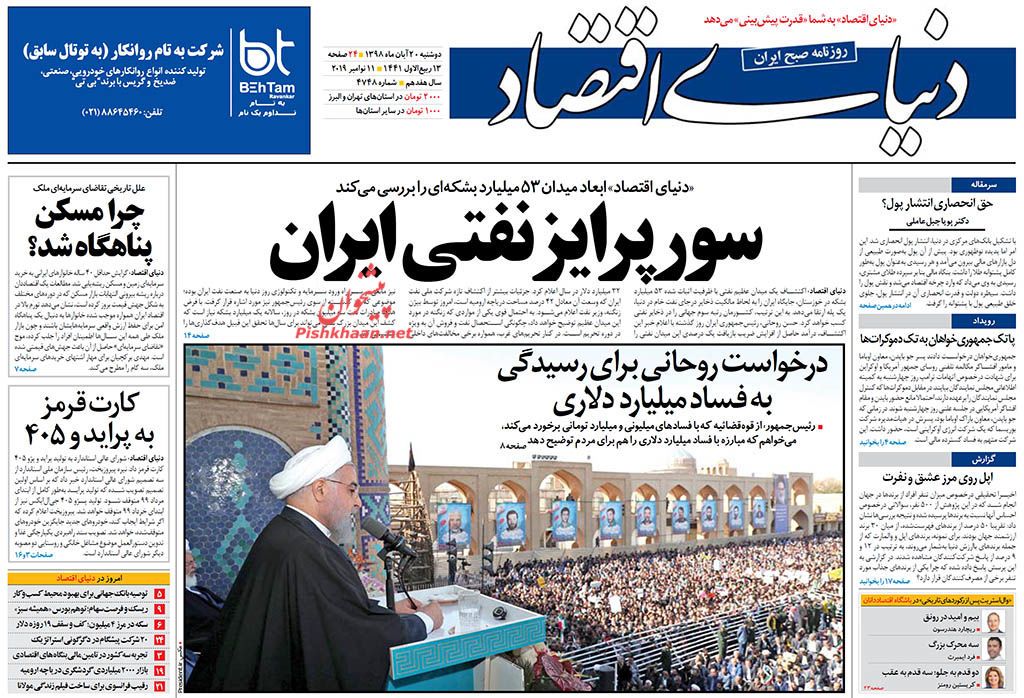 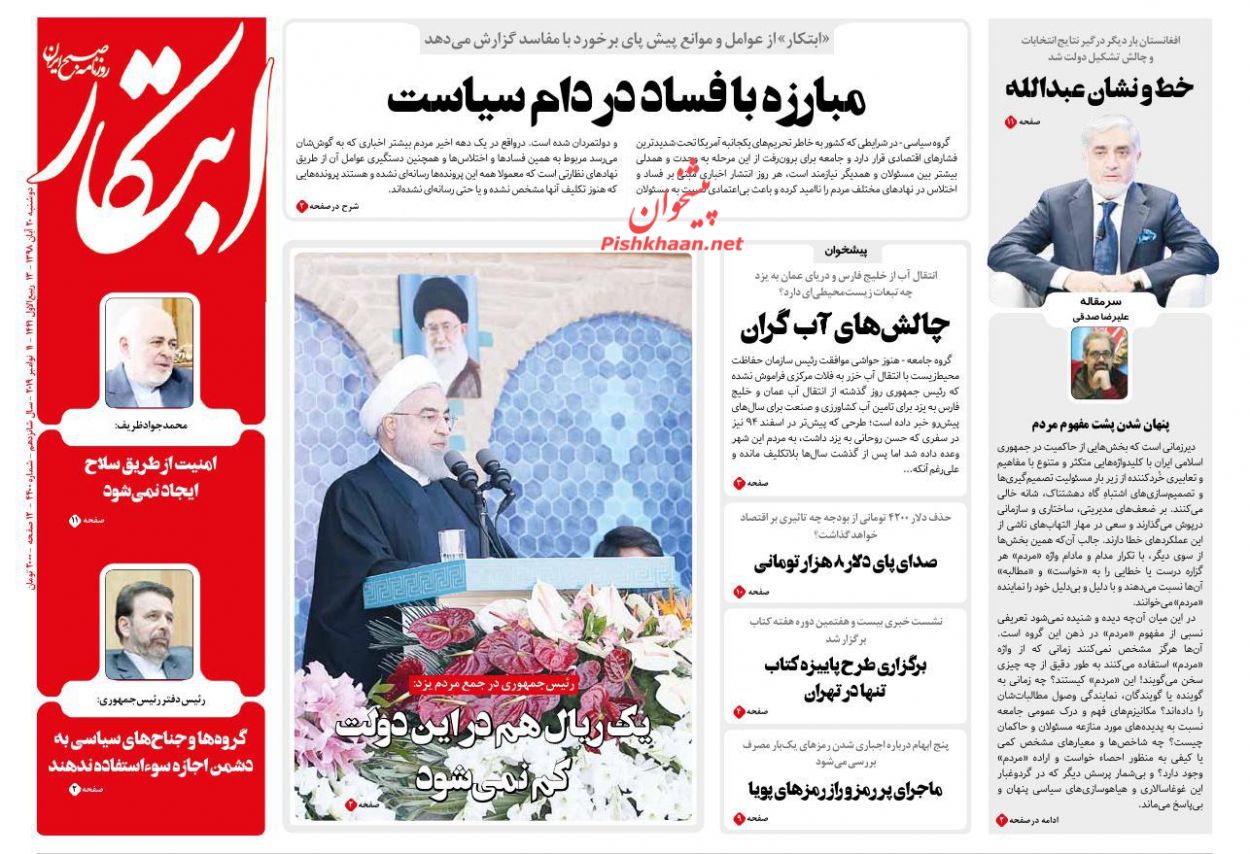 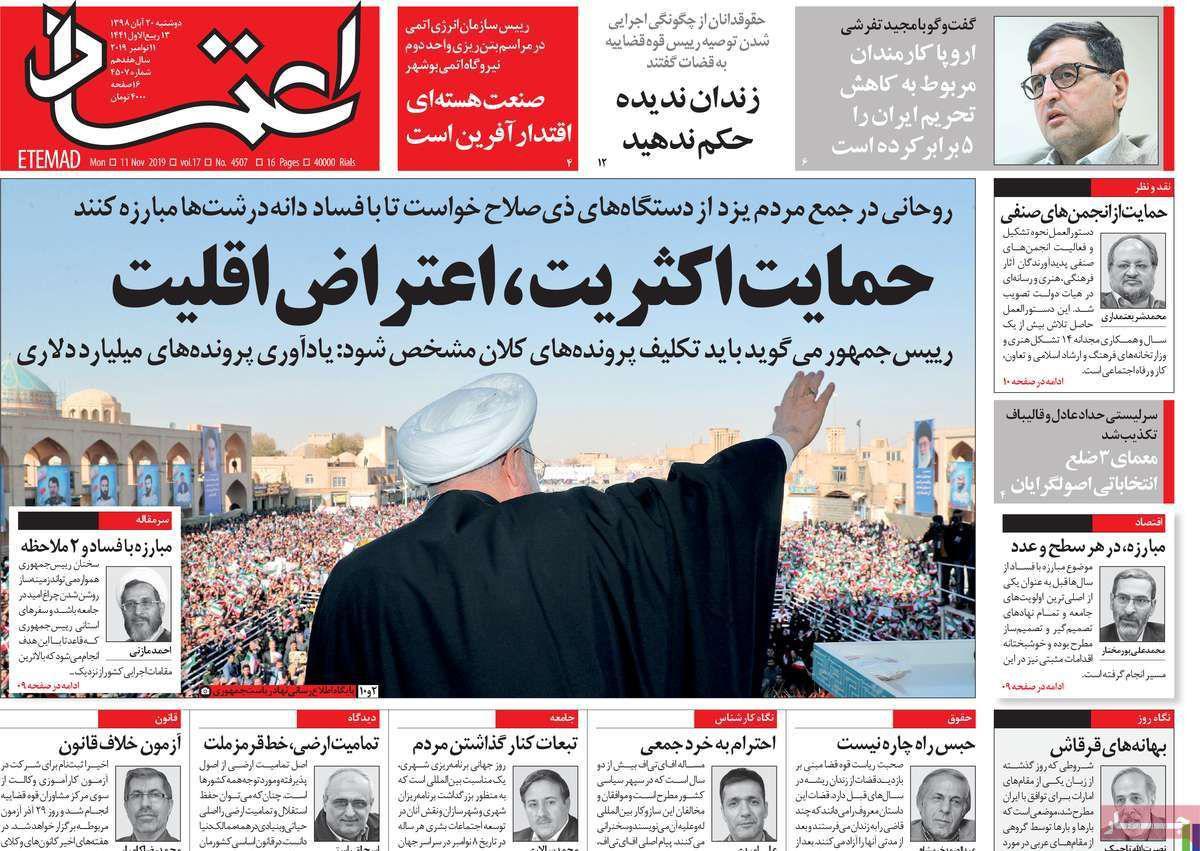 Ettela’at:
1- Rouhani: We Should All Fight Corruption with Transparency, Resolve
2- Iran Invites Arab Countries of Region to All-Inclusive Talks
3- UAE: Arabs of Persian Gulf Getting Prepared to Settle Differences with Iran 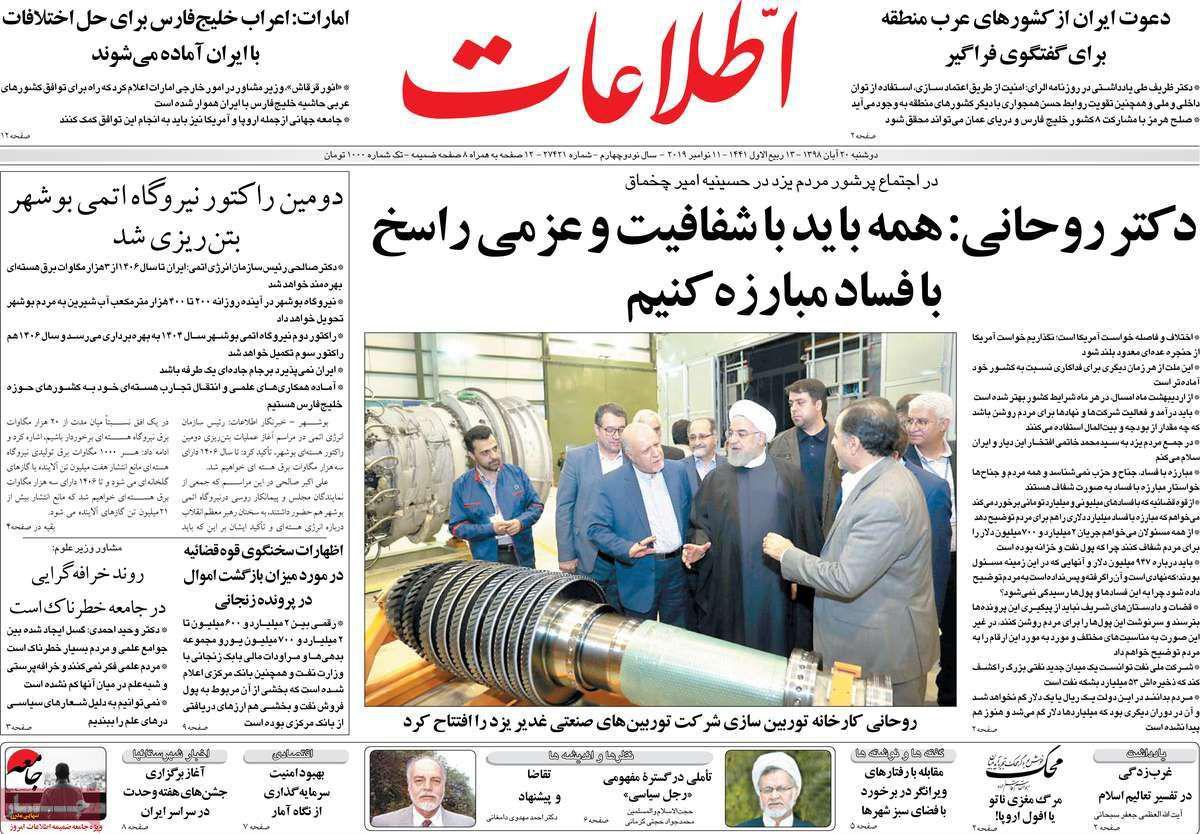 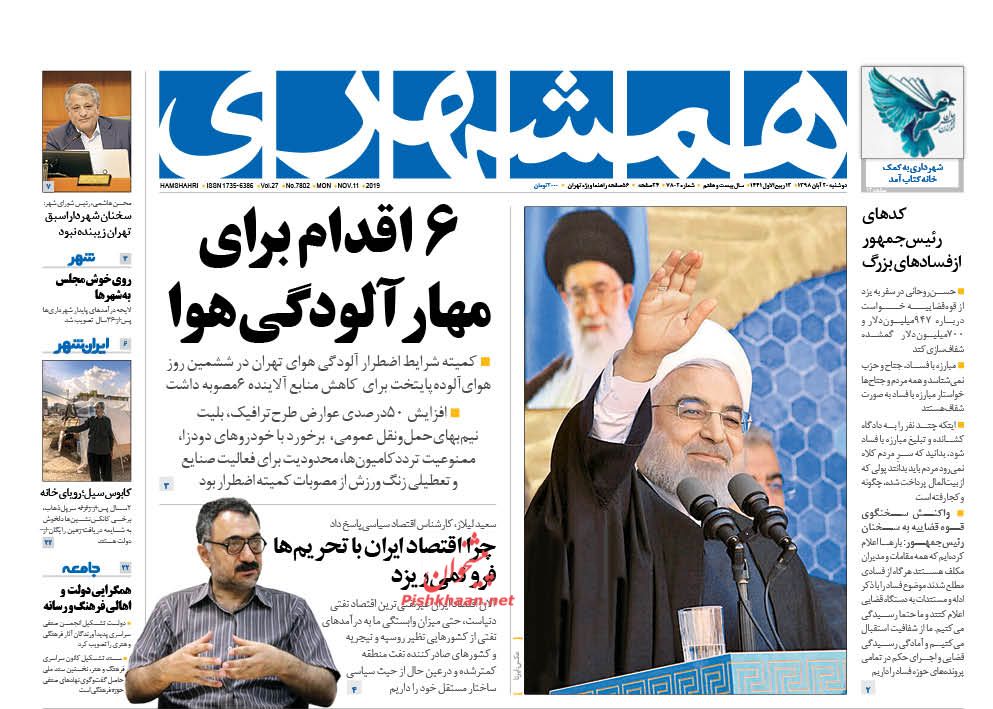 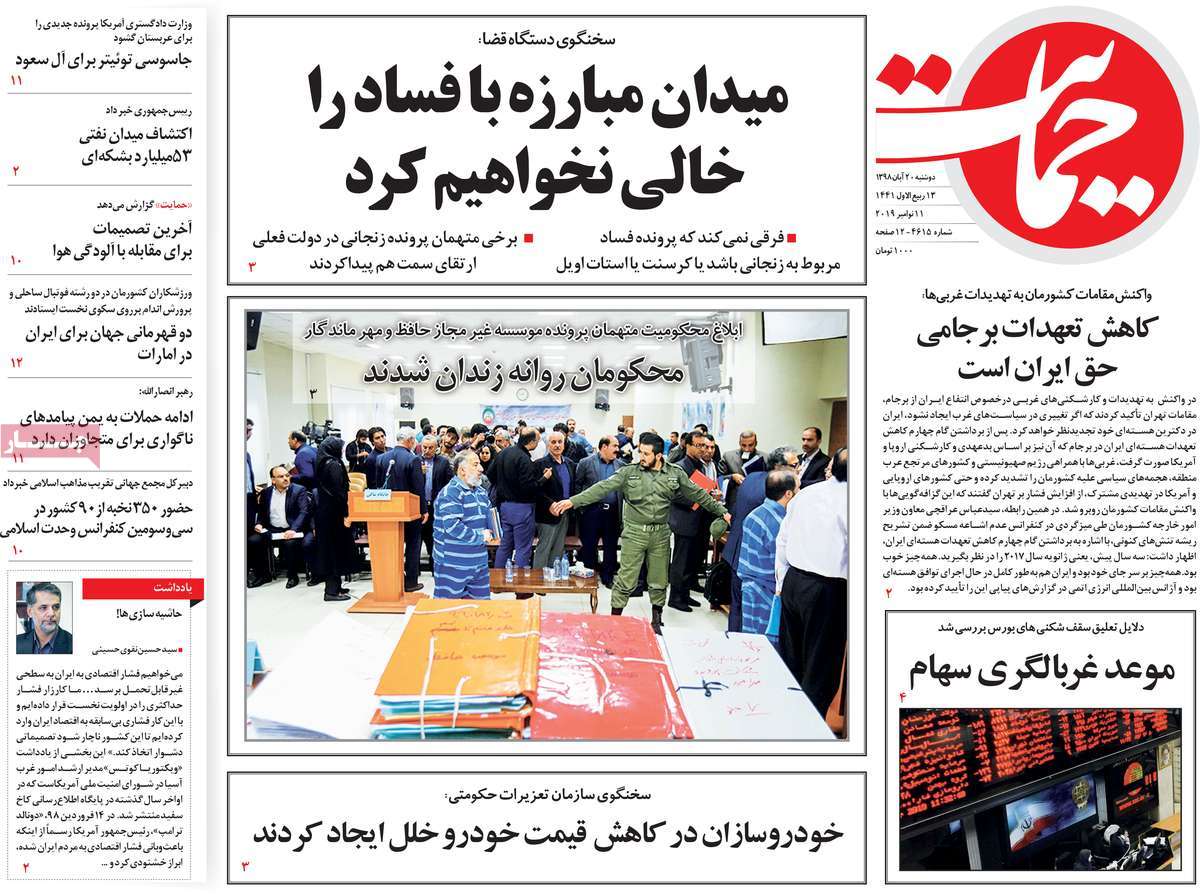 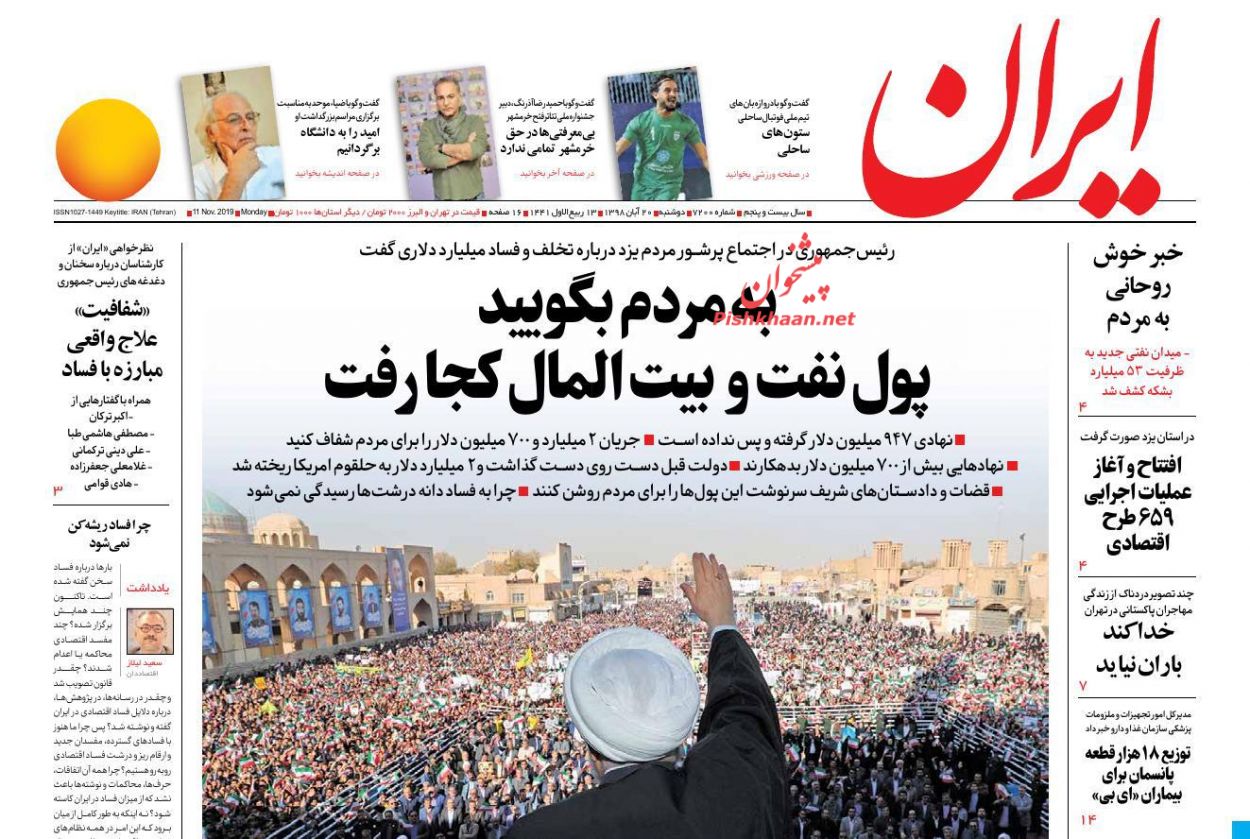 1- Afghanistan on Verge of Post-Election Crisis 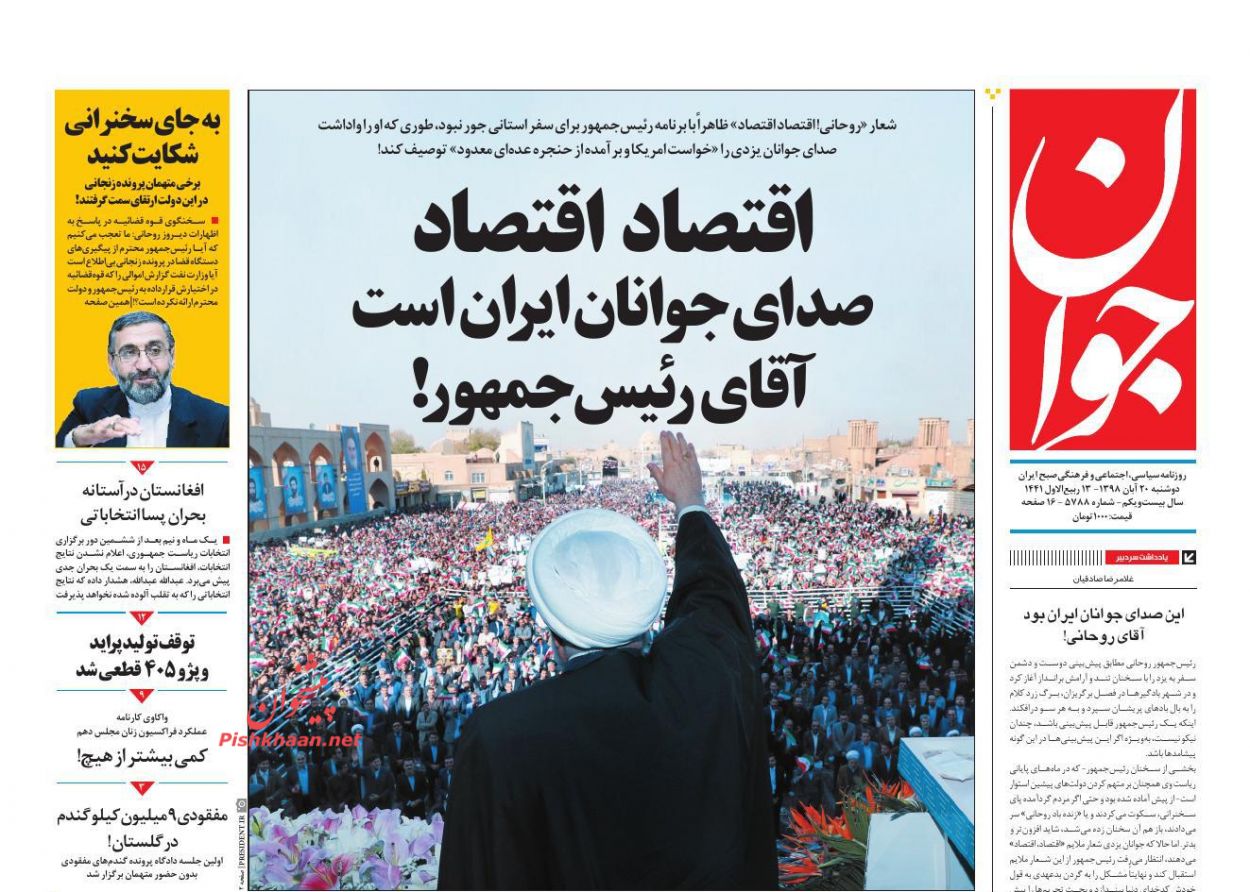 2- CNN: Trump Thought Iran Would Beg for Talks, but the Opposite Happened 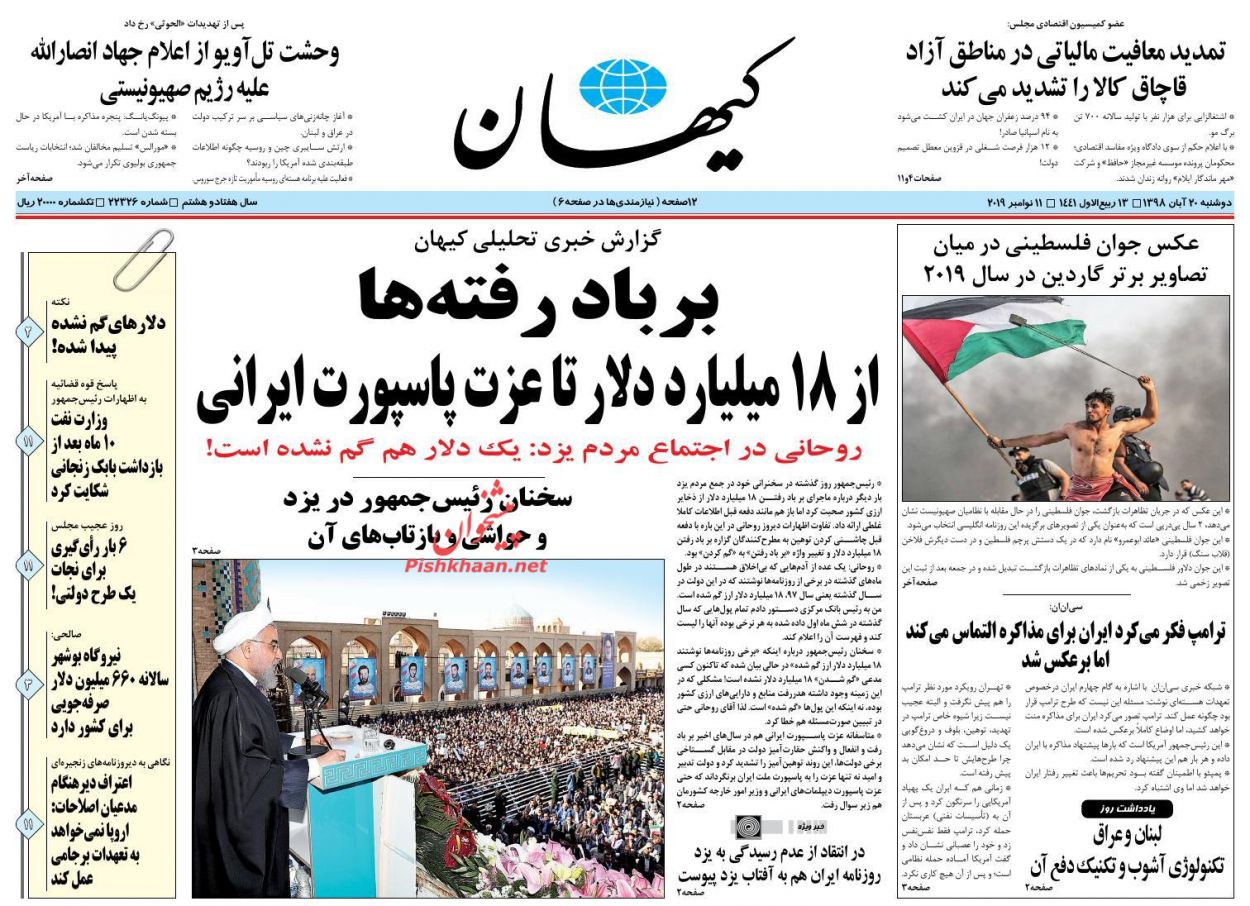 1- 15 EB Patients Die Because of Sanctions 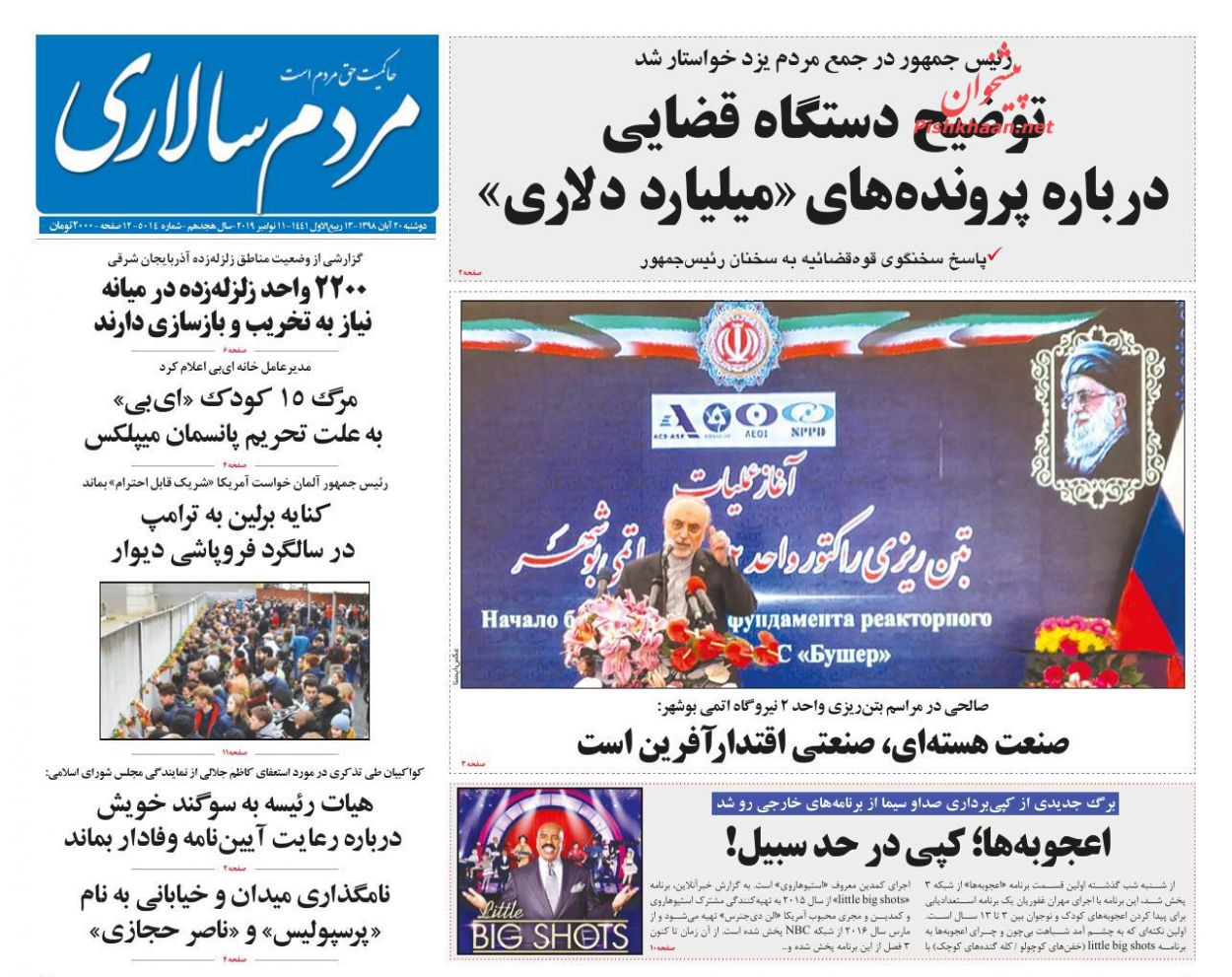 1- Rouhani: Division in Iran Is What US Wants 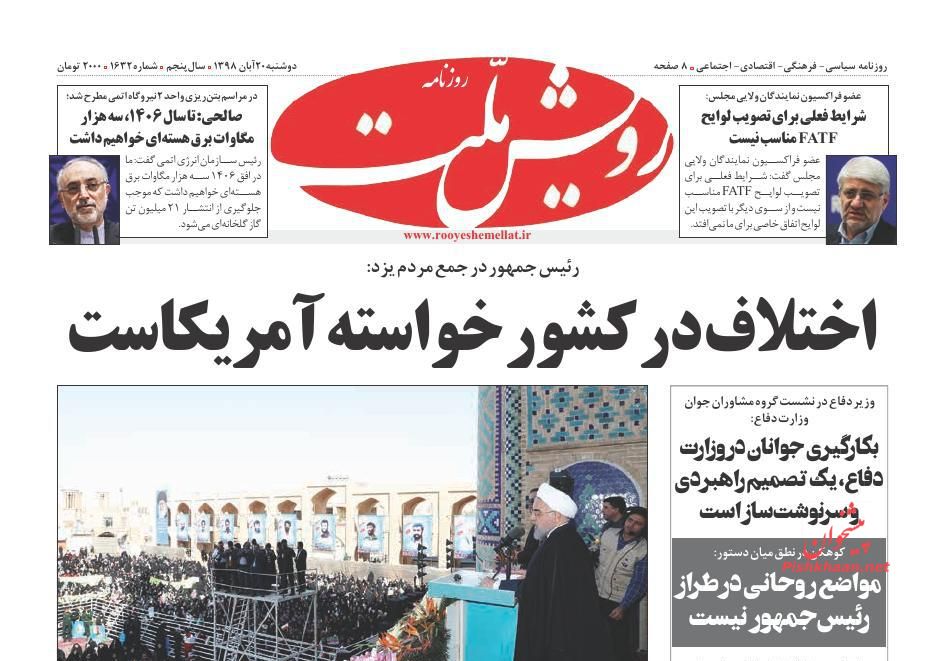