By Seyedeh Maryam Hosseini Lahijani
May 21, 2020

IFP has taken a look at the front pages of Iranian newspapers on Thursday, May 21, 2020, and picked headlines from 12 of them. IFP has simply translated the headlines and does not vouch for their accuracy.

1- Rouhani: We Always Support Oppressed People of the World
2- Turkey Condemns West Bank Annexation as Crime, Calls for Global Action
3- DM: Iran to Give Decisive Response to Any Harassment of Iranian Tankers 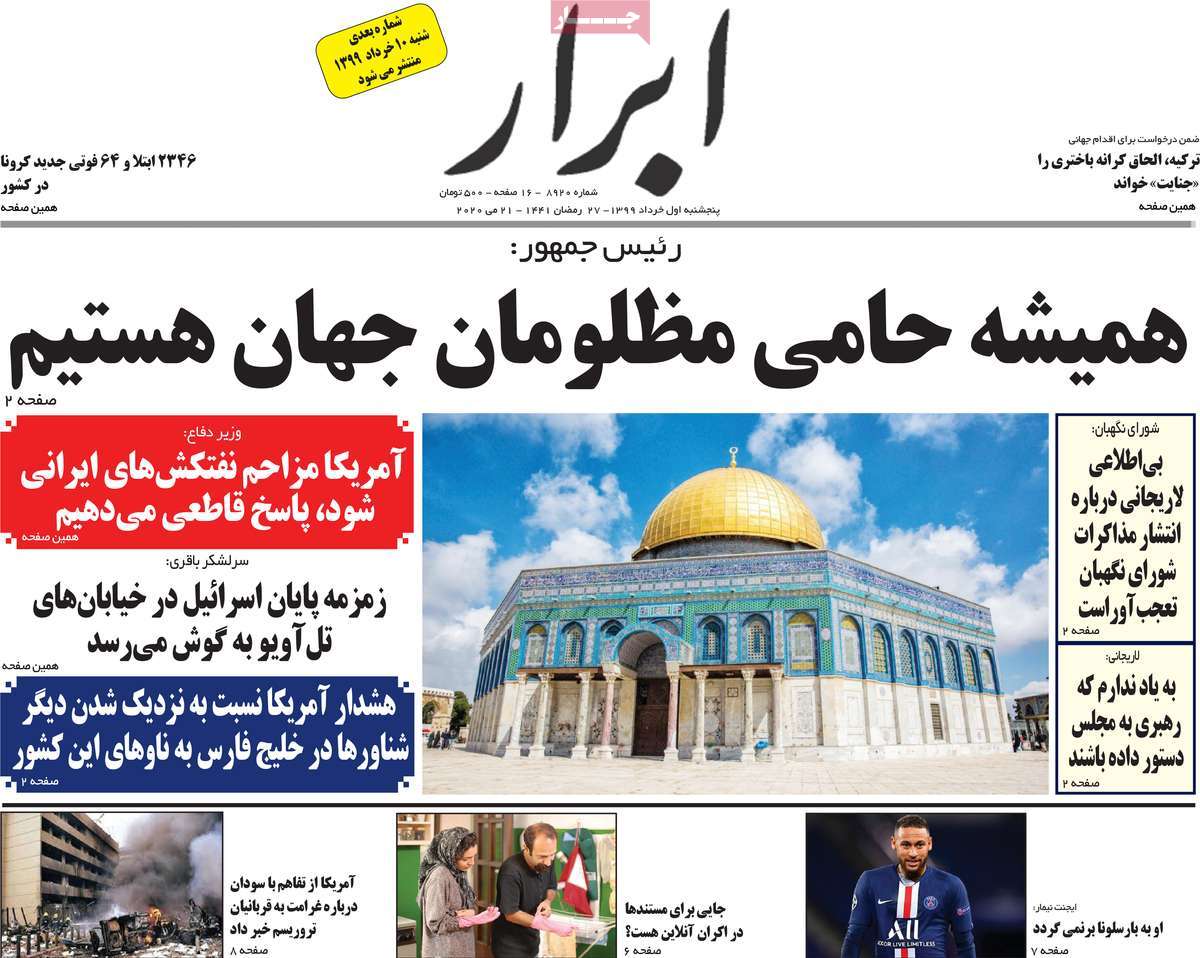 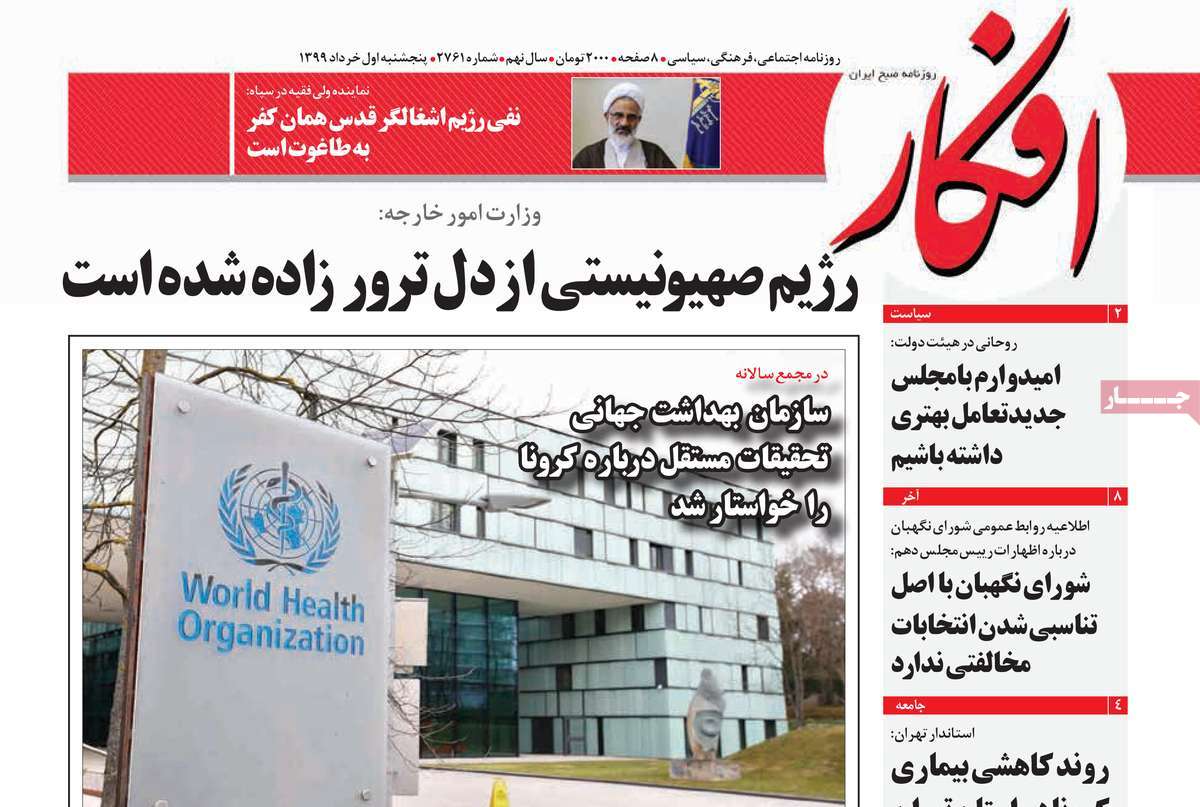 1- Rouhani: We Hope Gov’t Will Have Better Ties with Next Parliament
2- Will Trump’s Political and Economic Measures Lead to His Conviction? 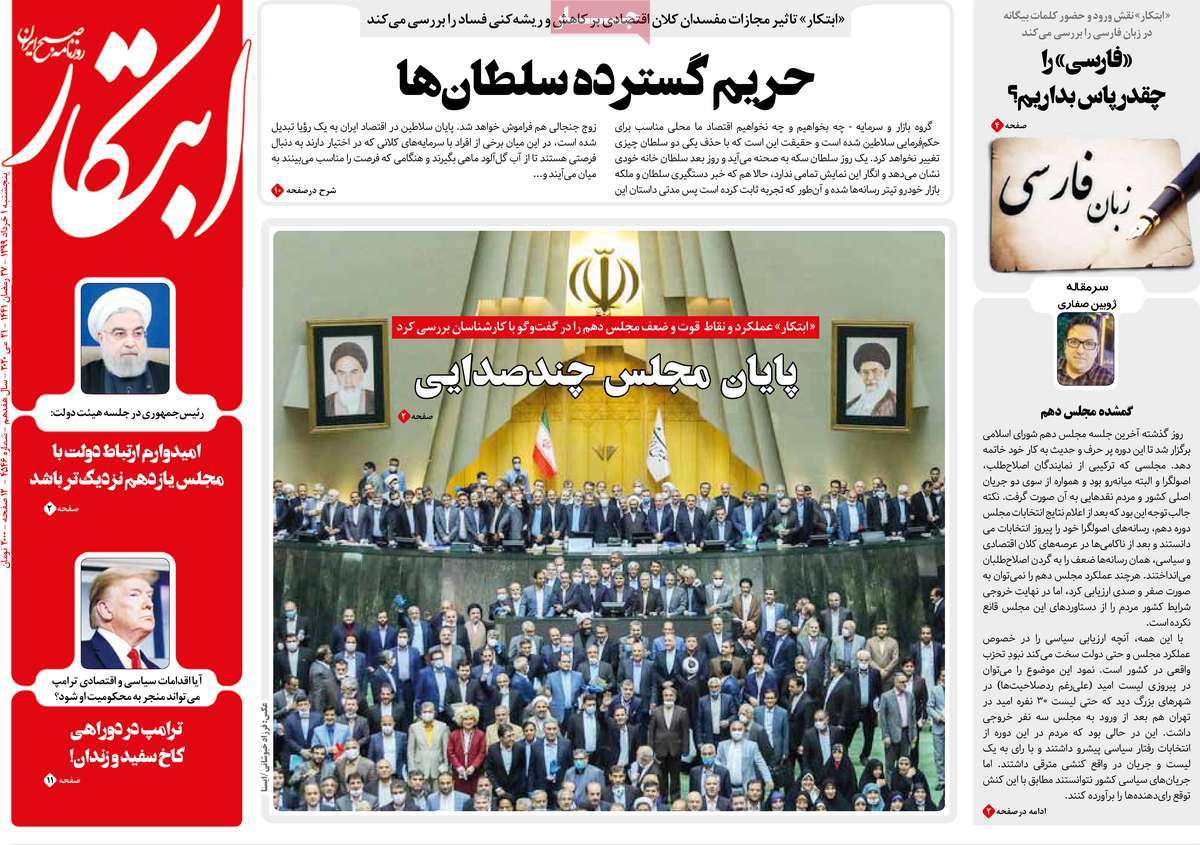 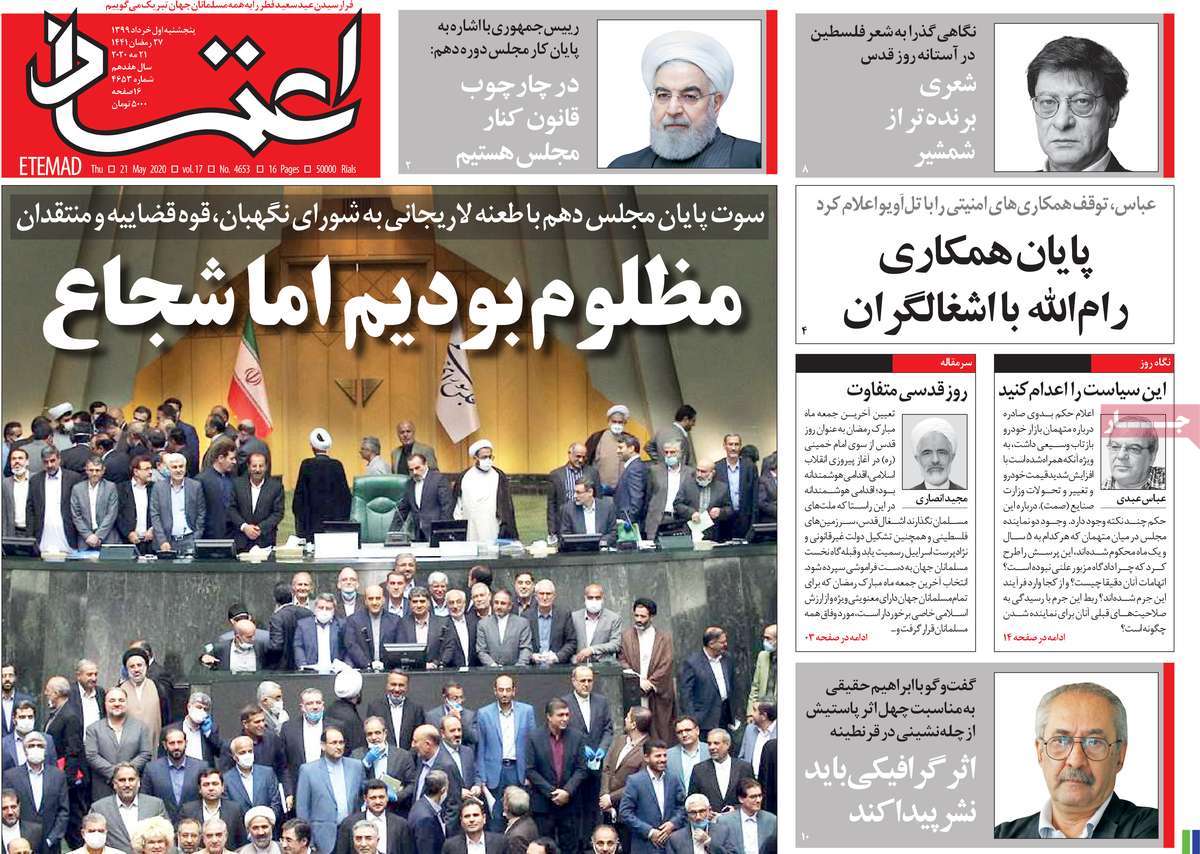 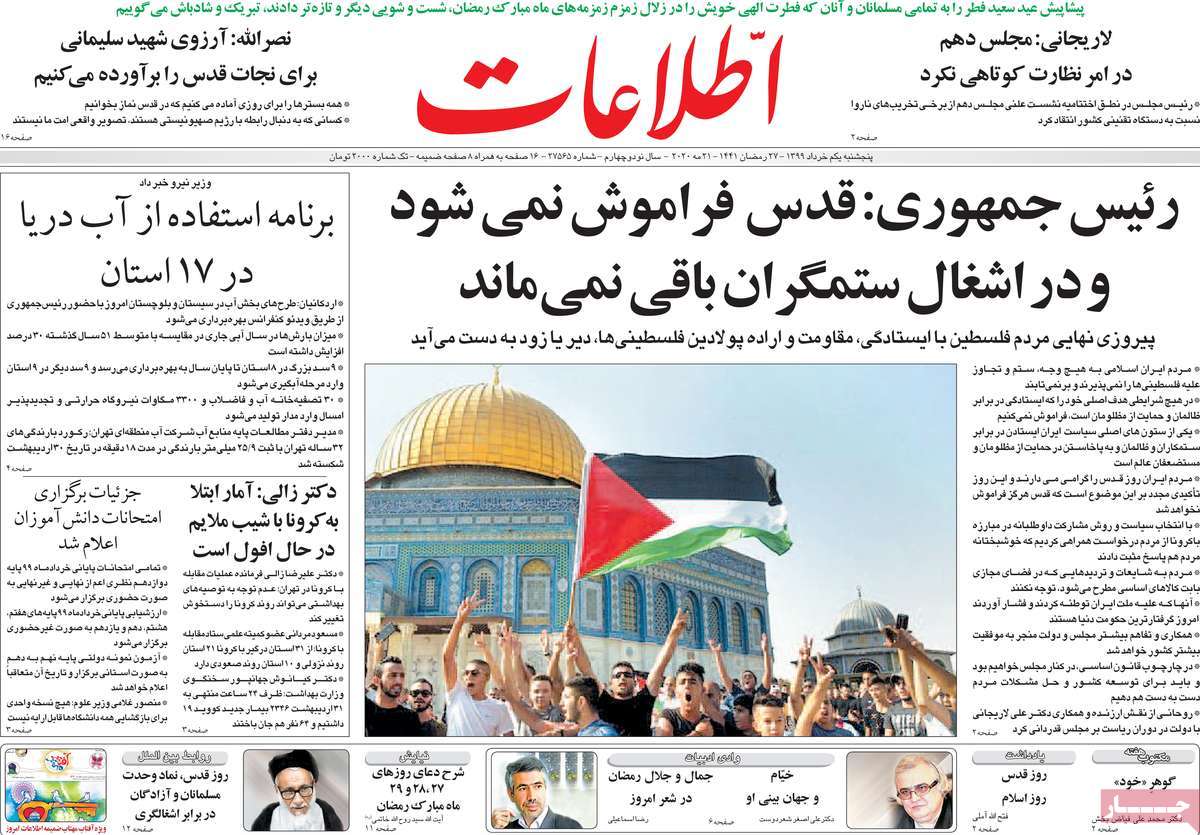 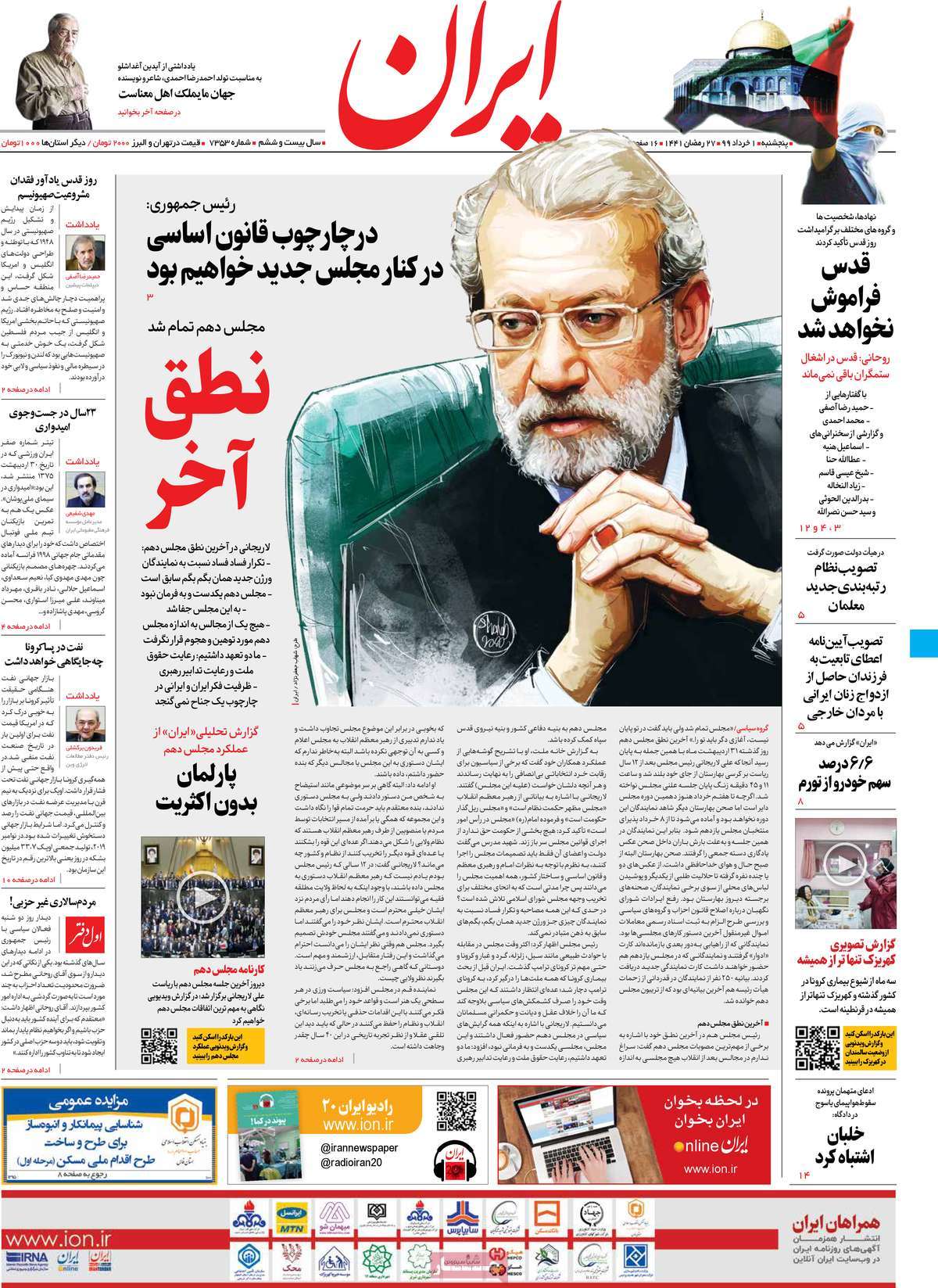 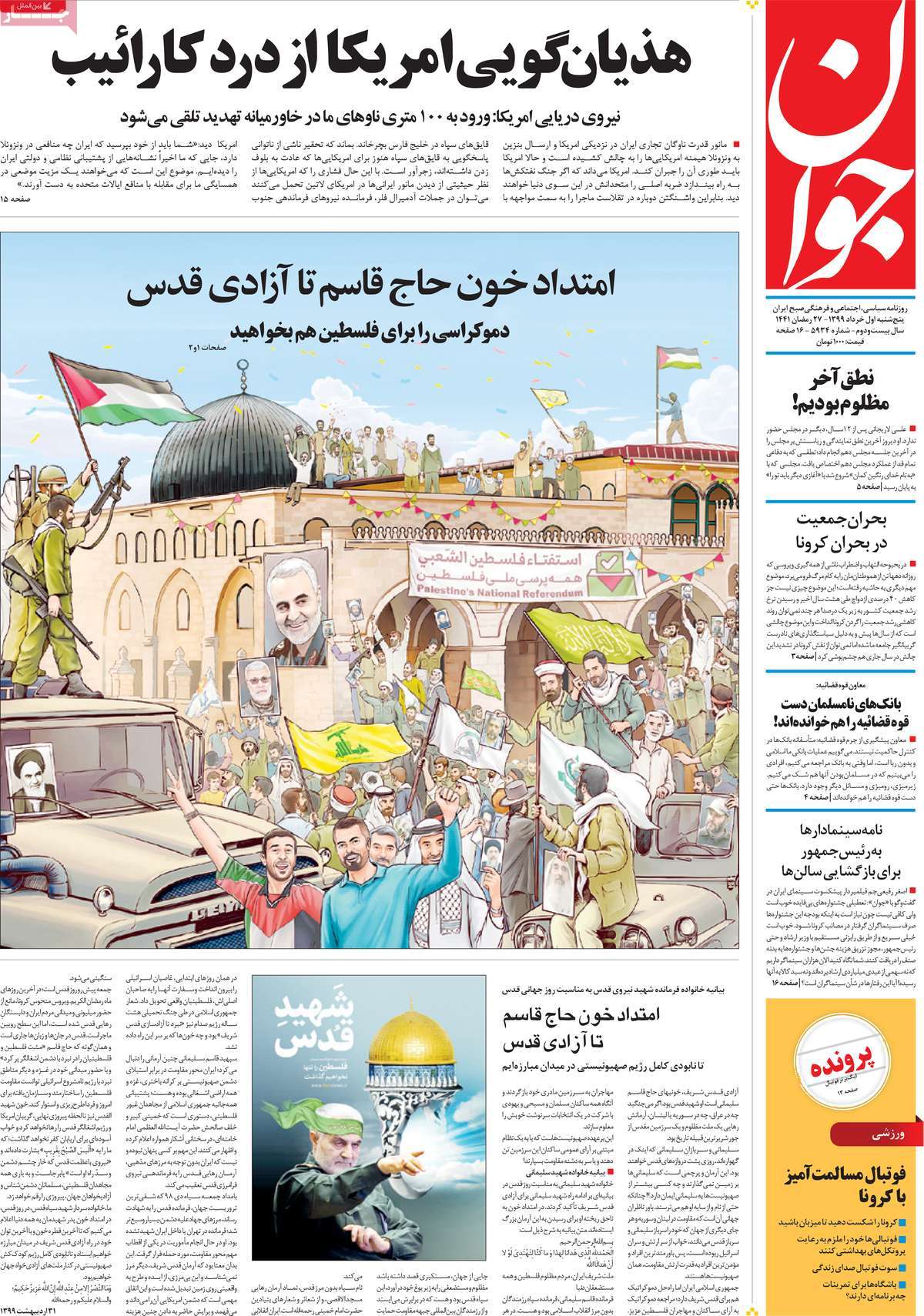 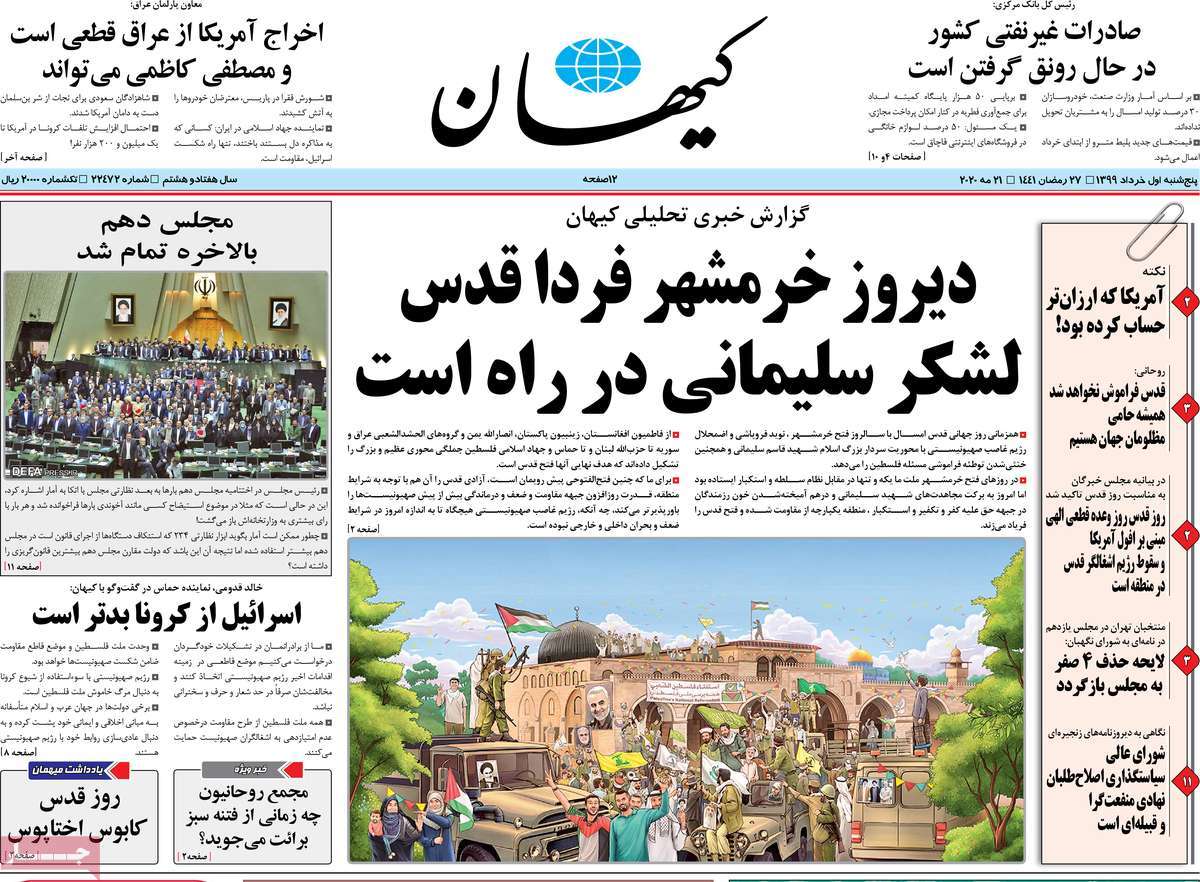 1- Oslo Accord Suspended: Abbas Declares Withdrawal of Palestine from All Security Pacts with US, Israel 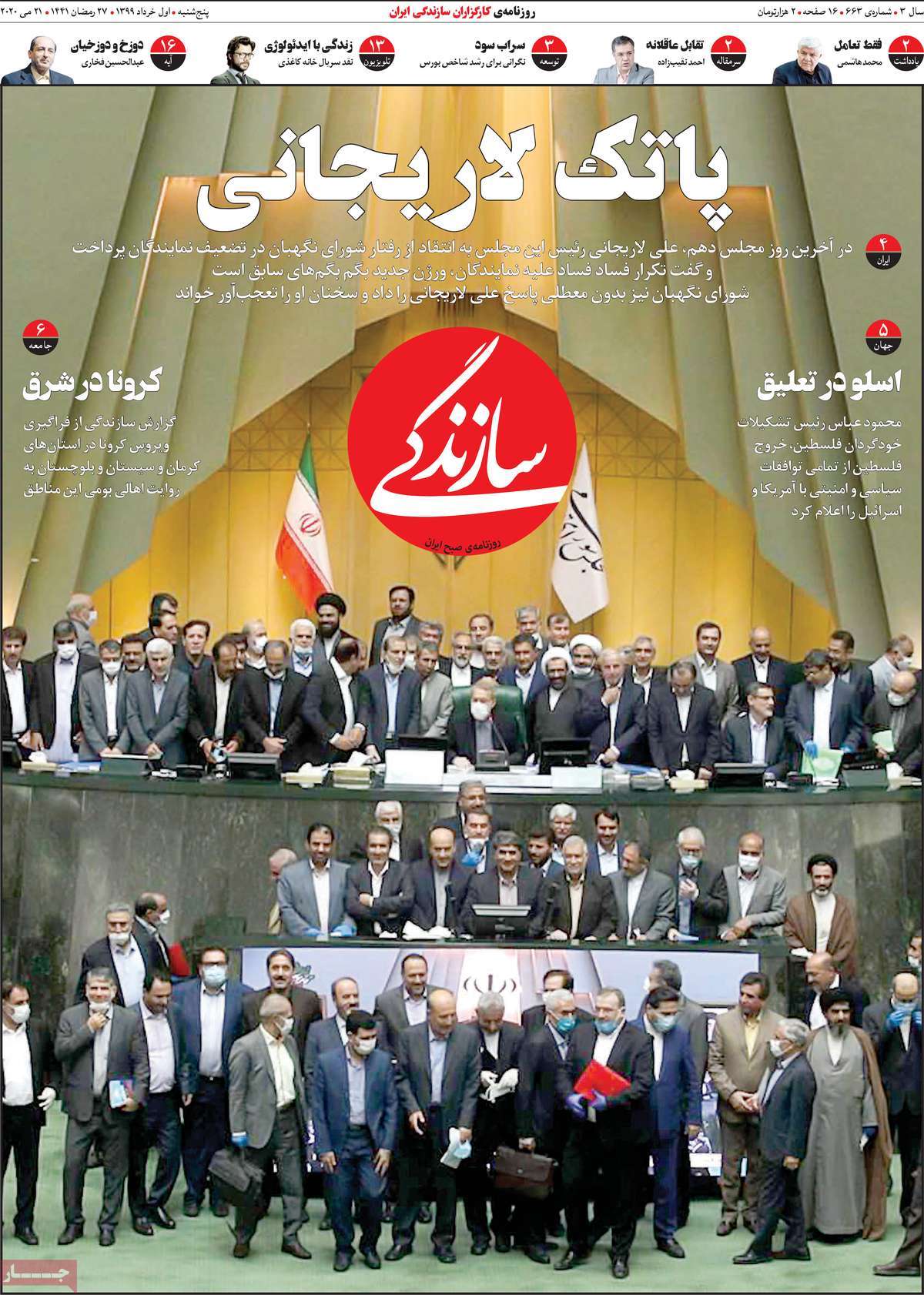 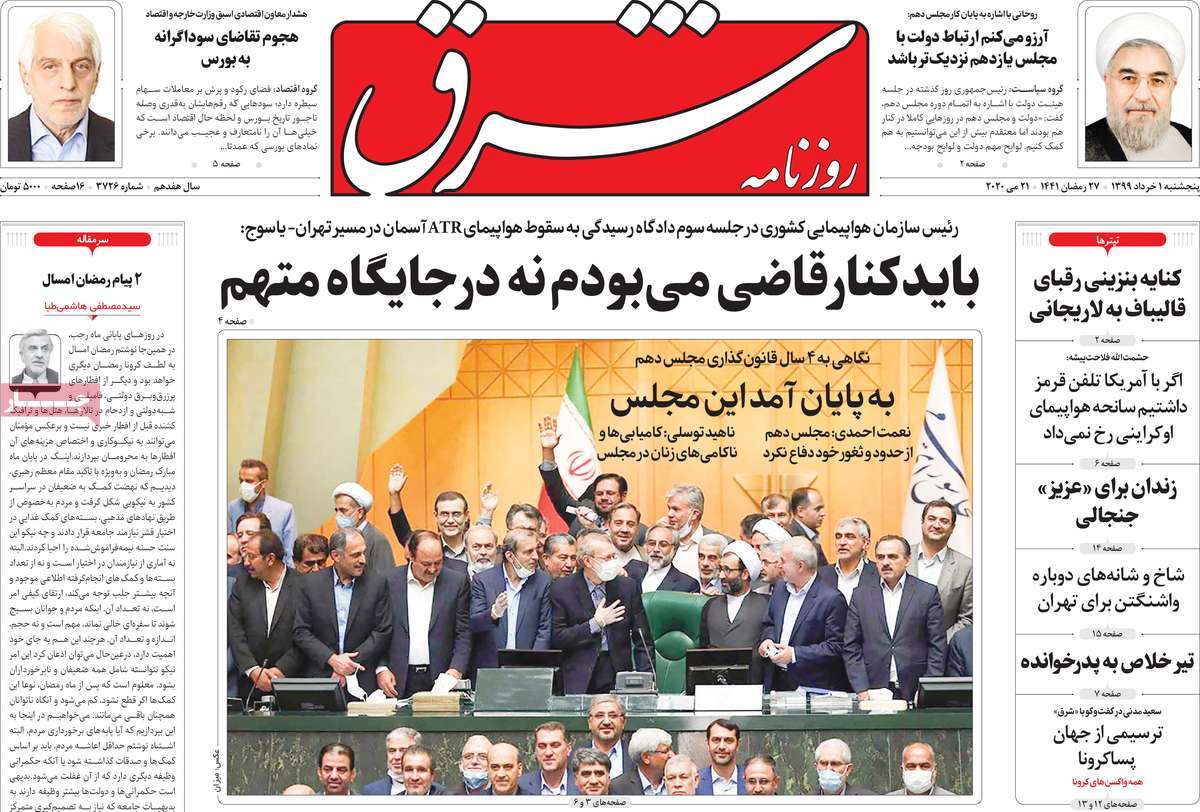 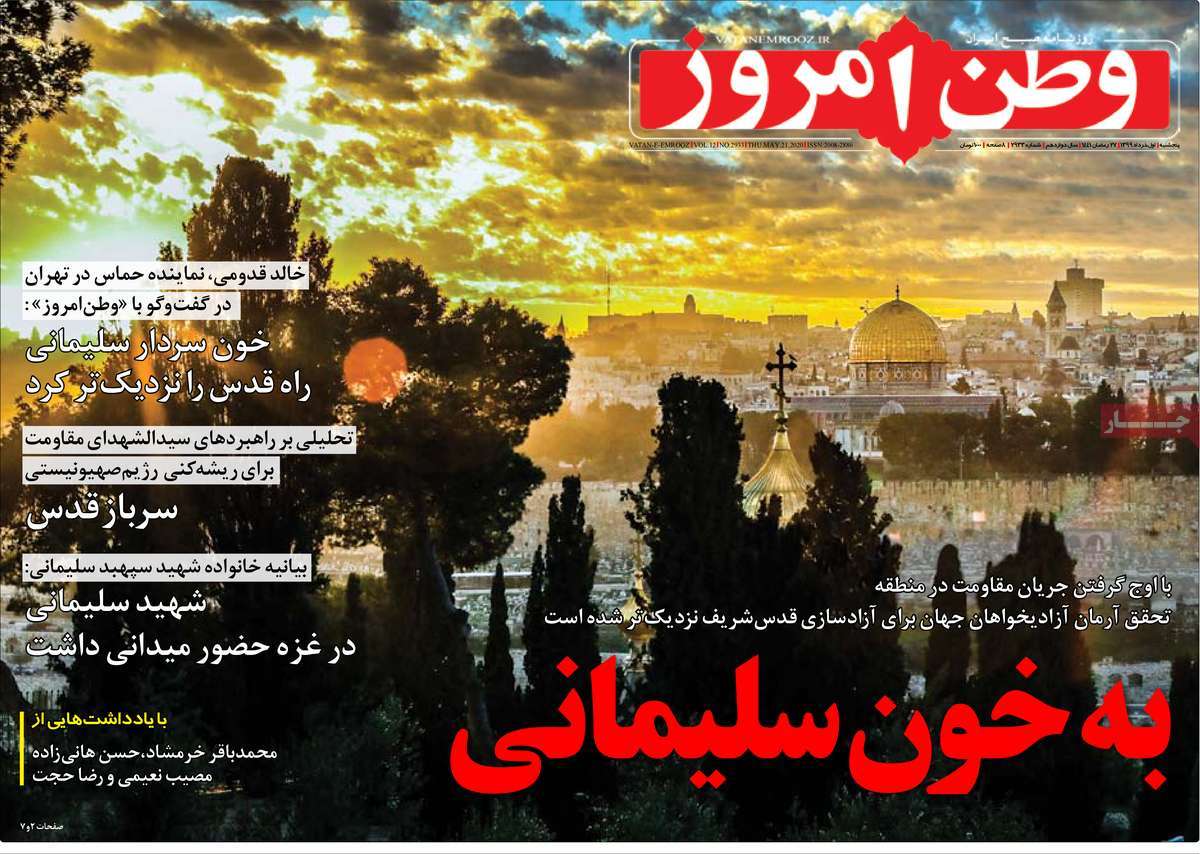