IFP has taken a look at the front pages of Iranian newspapers on Wednesday, May 20, 2020, and picked headlines from 13 of them. IFP has simply translated the headlines and does not vouch for their accuracy.

1- Parliament Reluctant to Release Results of Probe into Carmakers?
2- Iran One Step Away from Turning into Country of Old Men
3- Larijani: I’ll Teach at University after End of Current Term
4- Prosecution of Car Hoarders Not End of Story [Editorial] 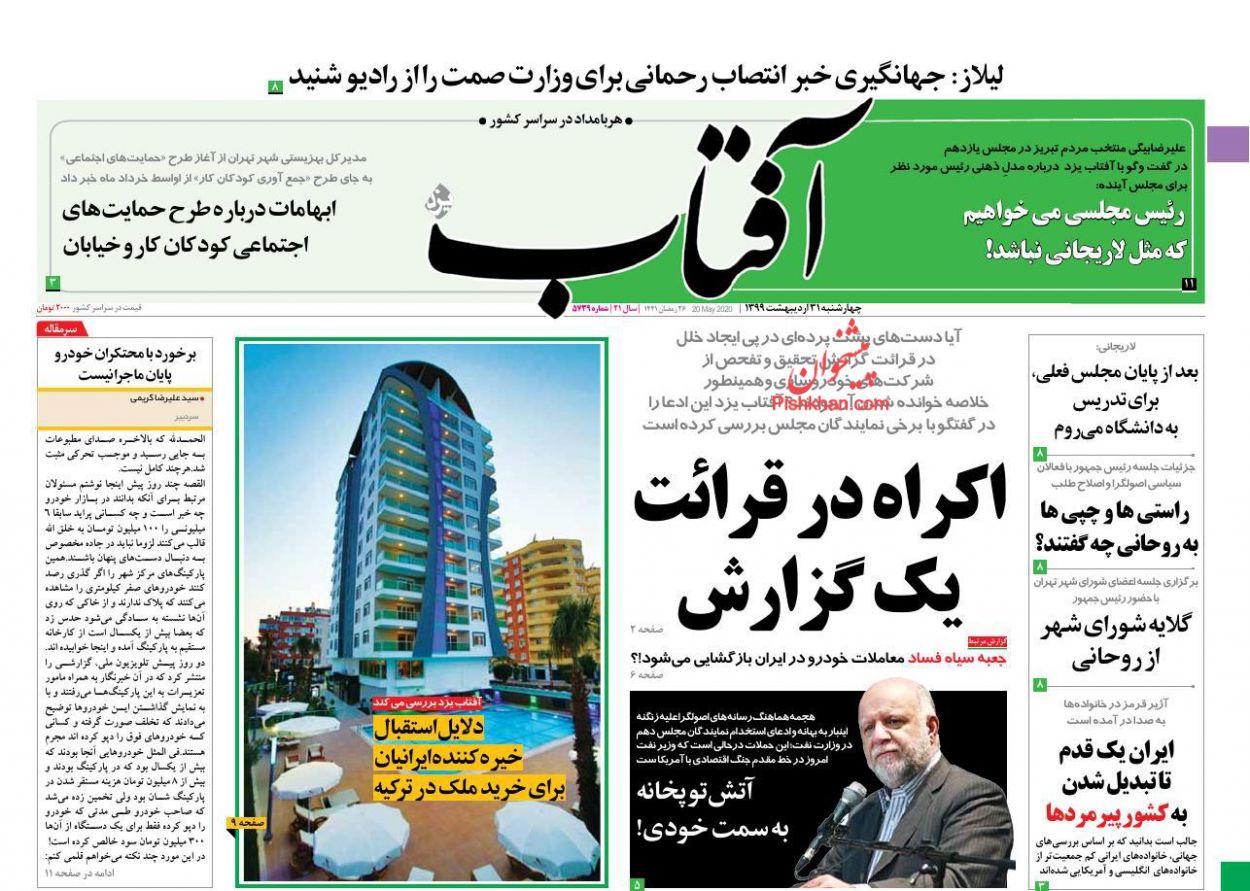 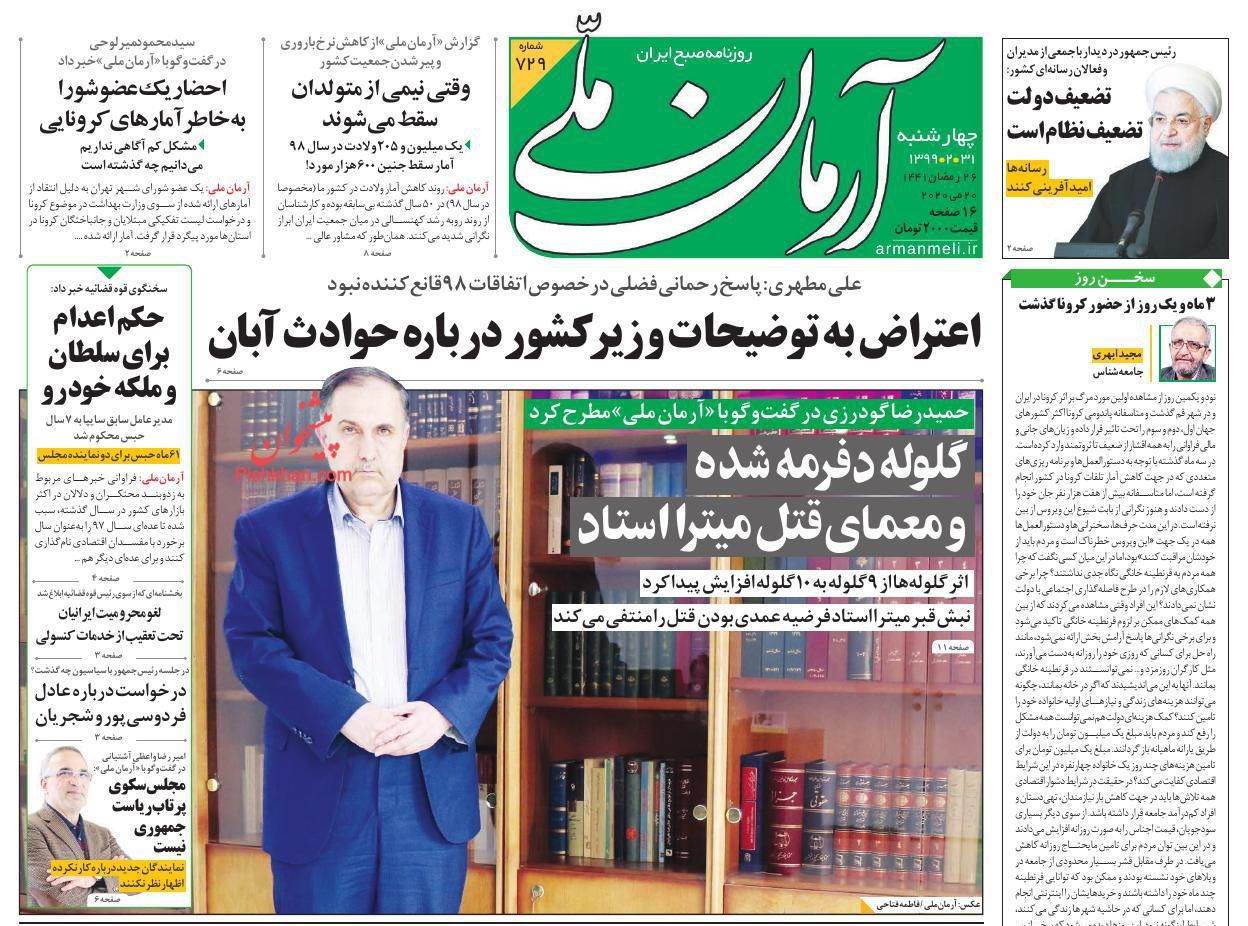 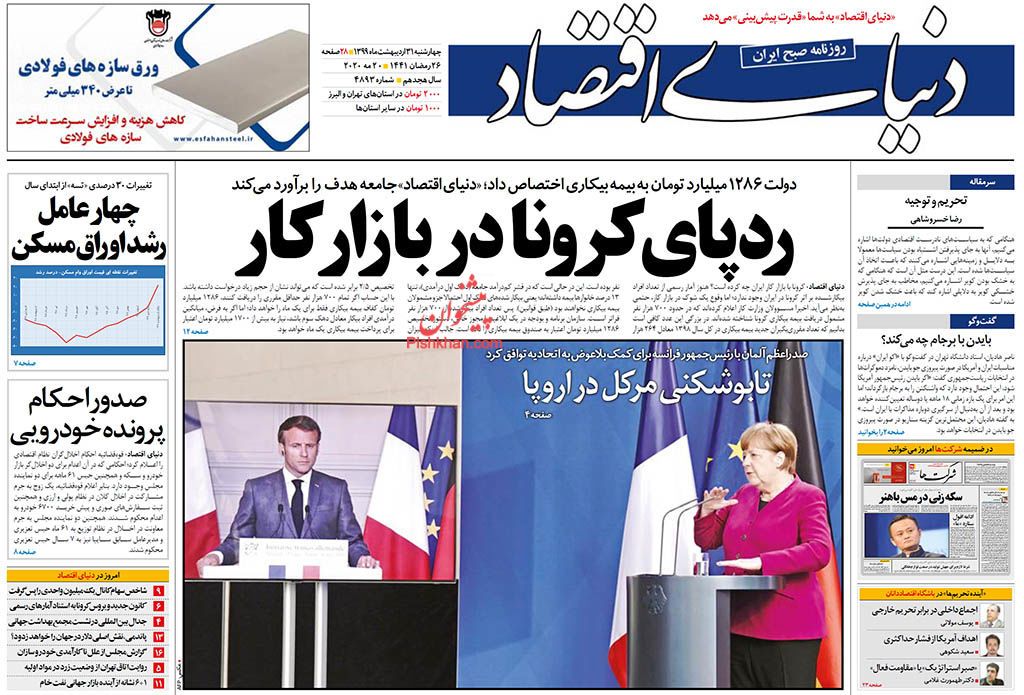 1- Sultan, Queen of Cars to Have Same Fate as Sultan of Gold Coins!
2- Iran’s Football League to Resume in Coming Weeks
3- Saudis Involved in Dismissal of US State Dept. Official
4- Iran Bids Farewell to Population Window: 20% of Population Will Be Elderly in 21 Years 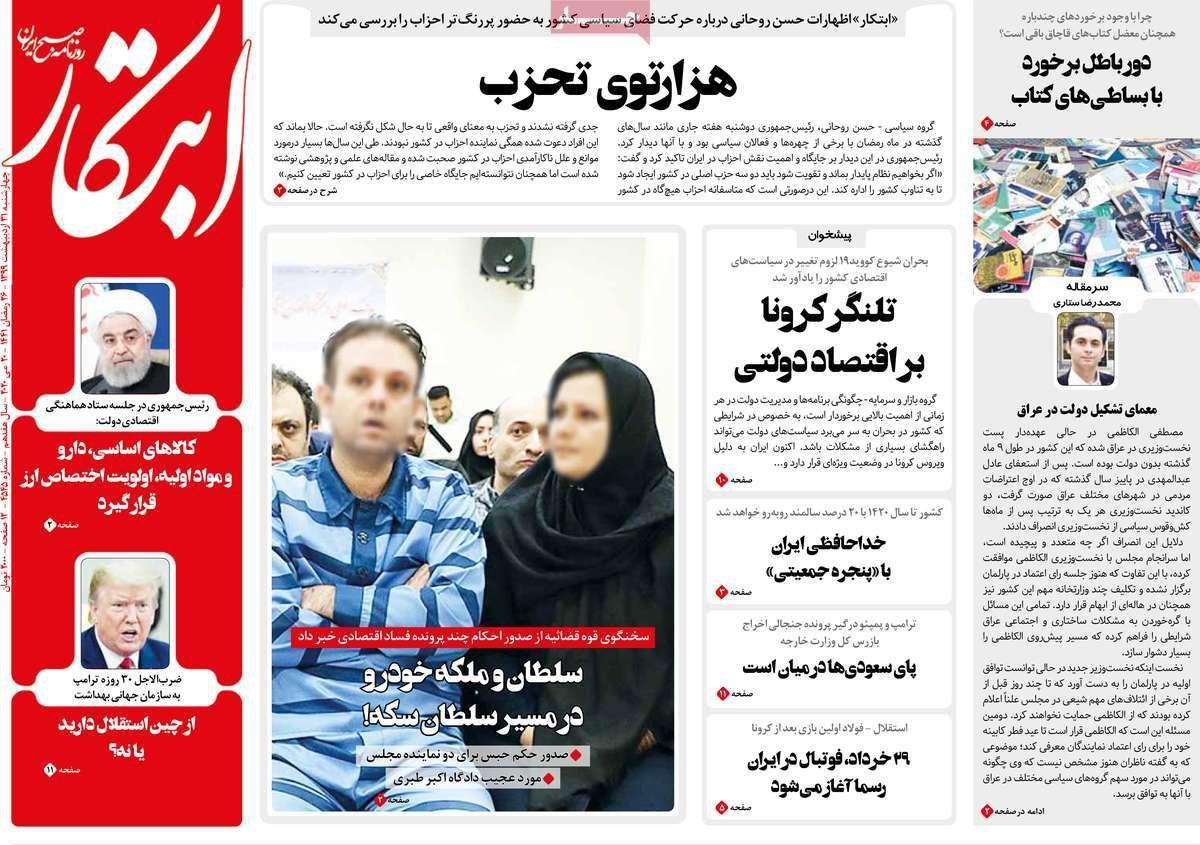 1- Zarif: It’s Not Important to Which Party One Belongs When It Comes to Serving People 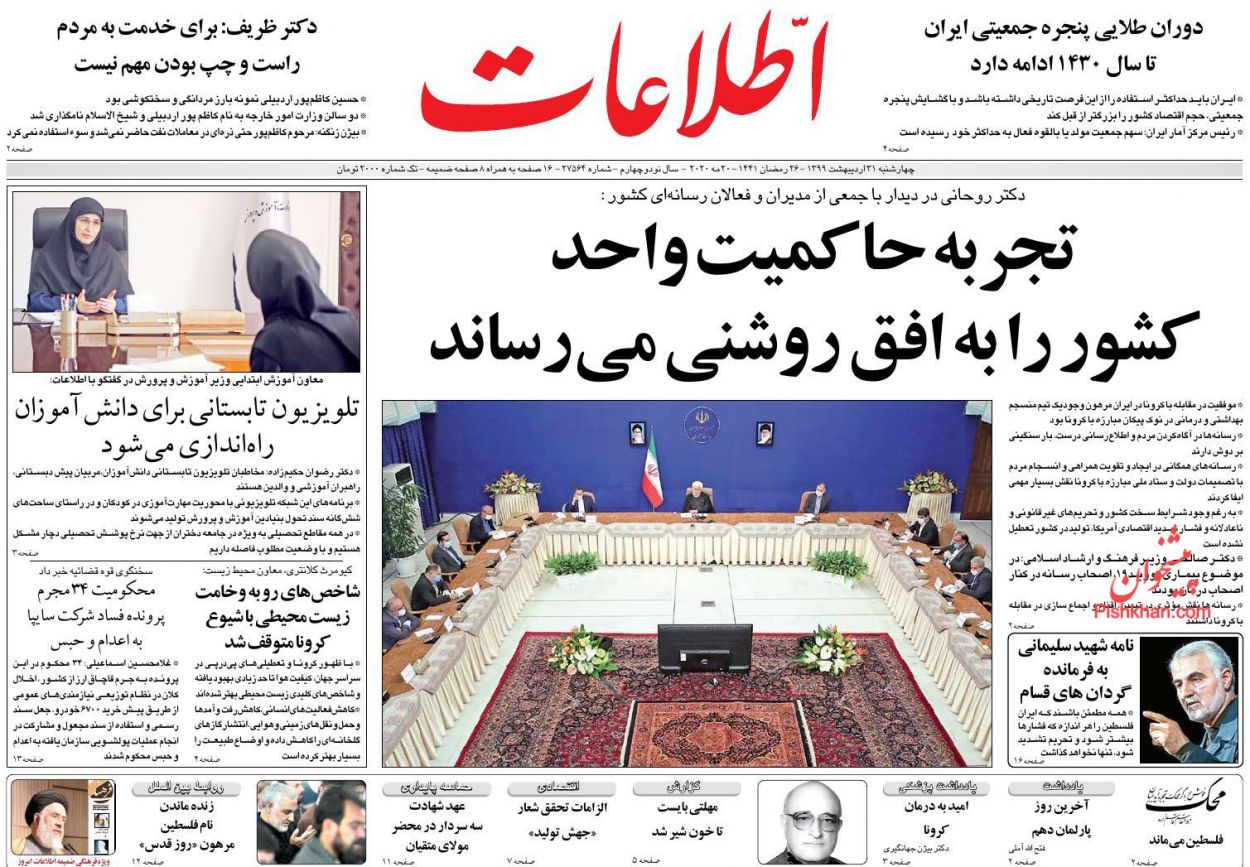 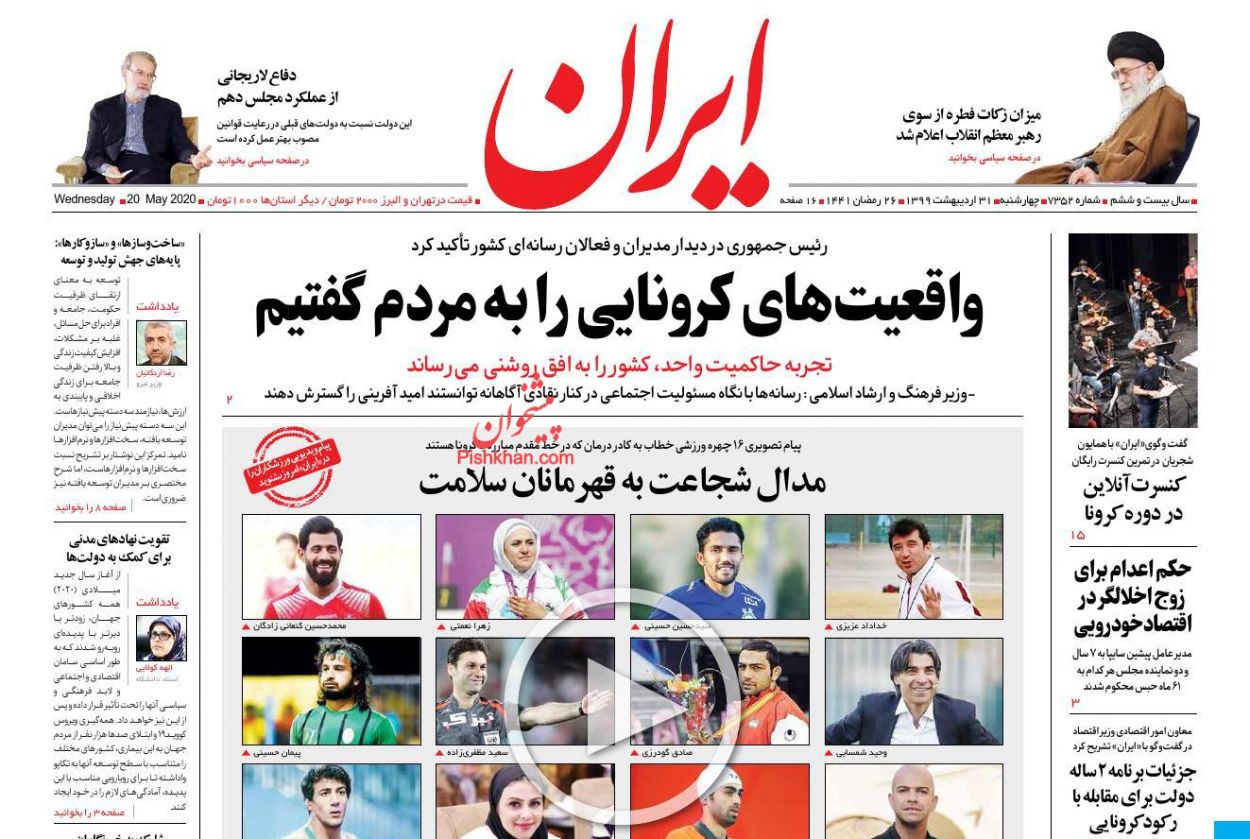 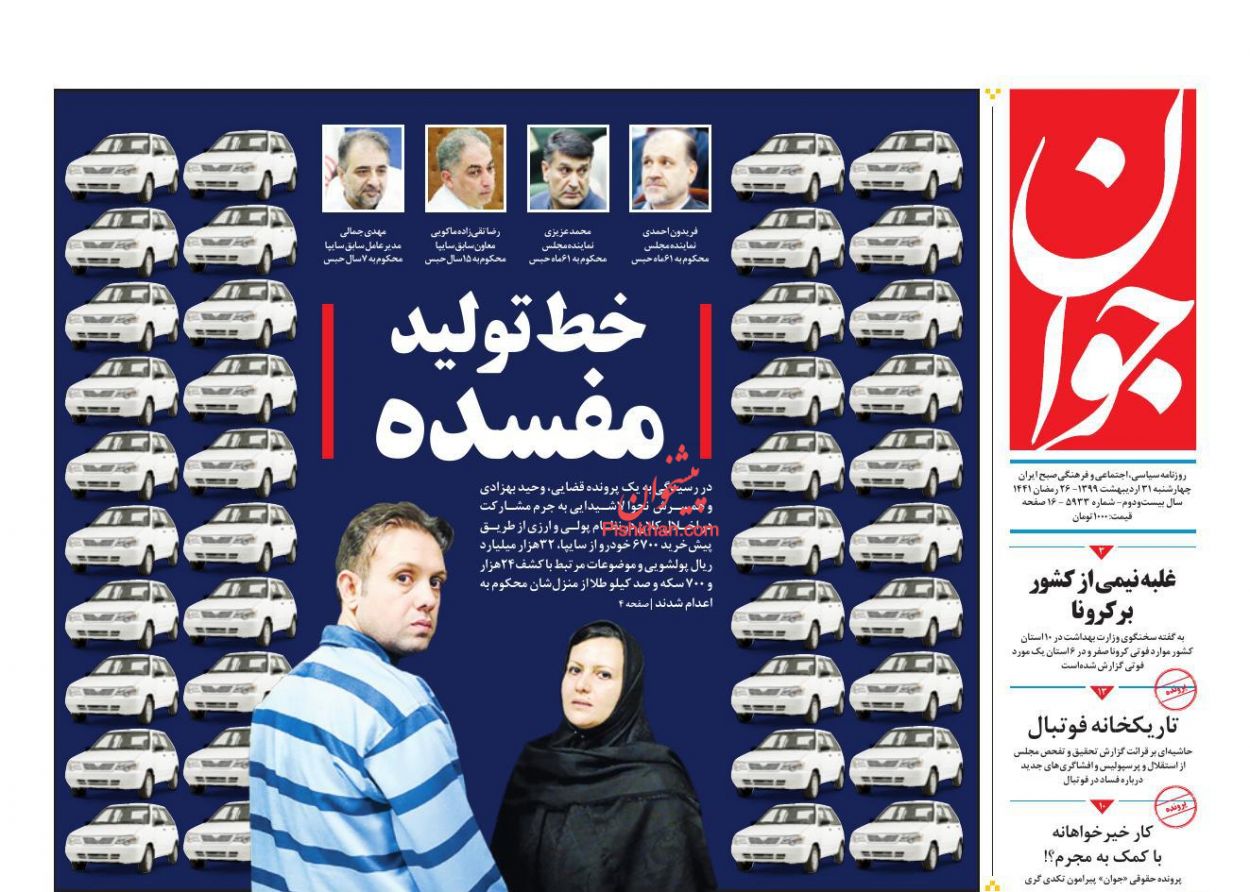 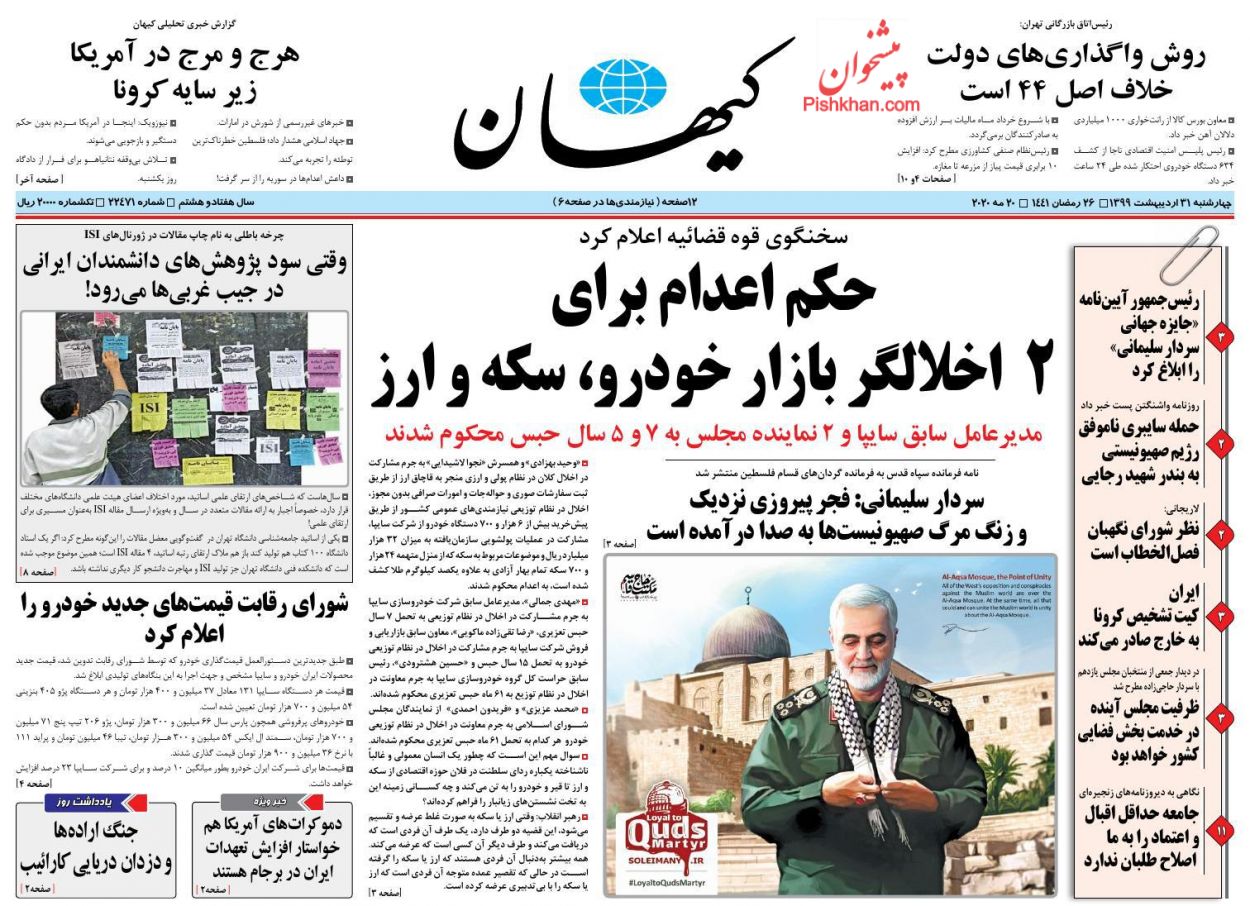 1- Death Sentence for Sultans of Car: Two MPs, Former Chief of SAIPA to Be Jailed 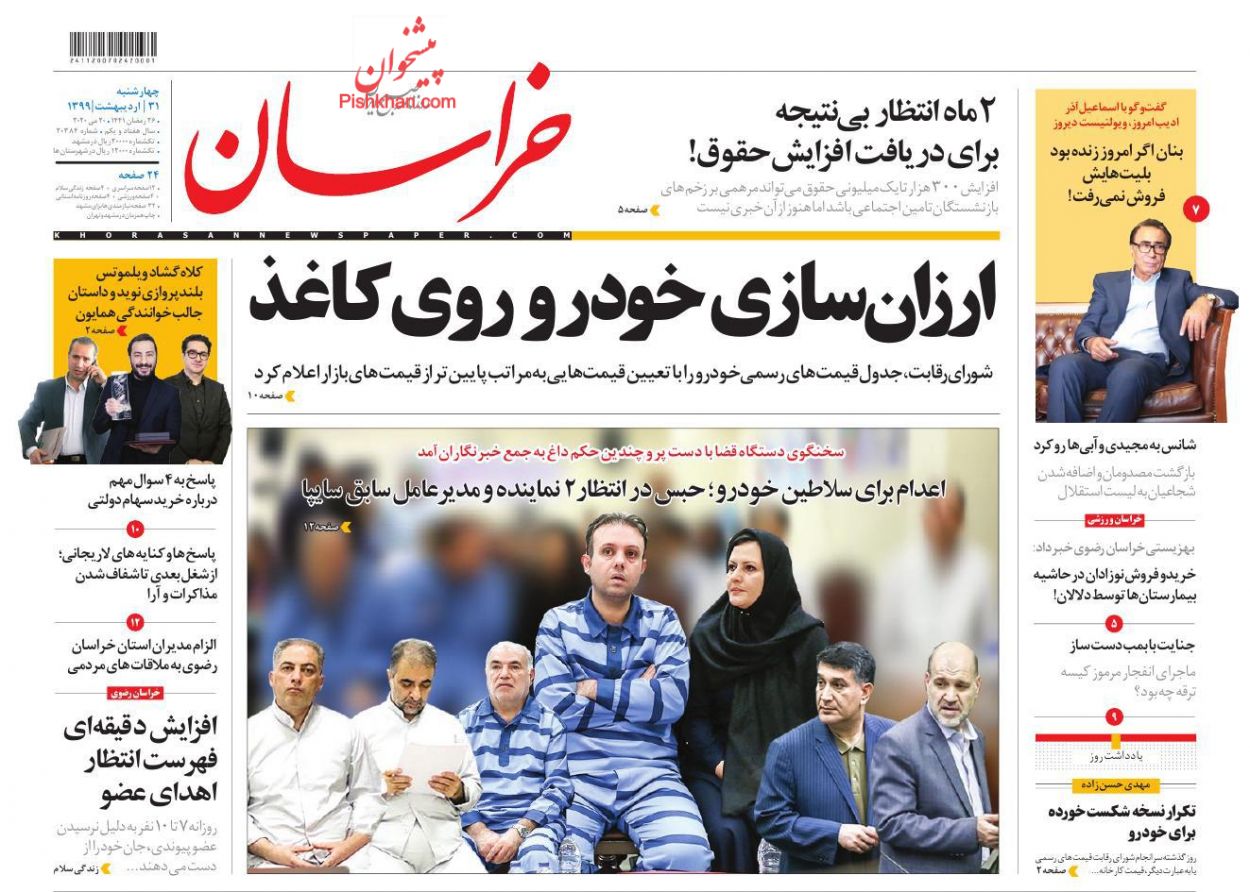 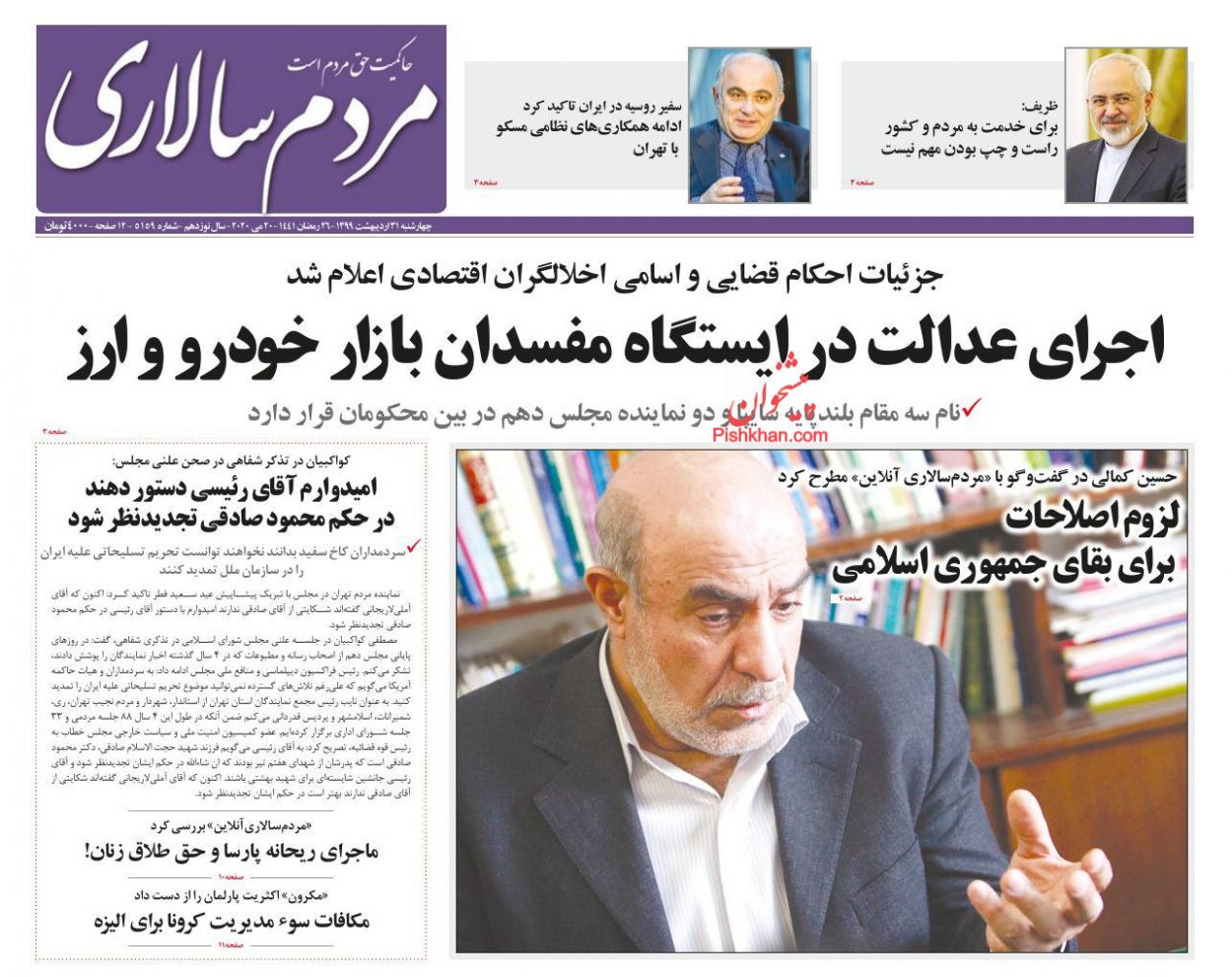 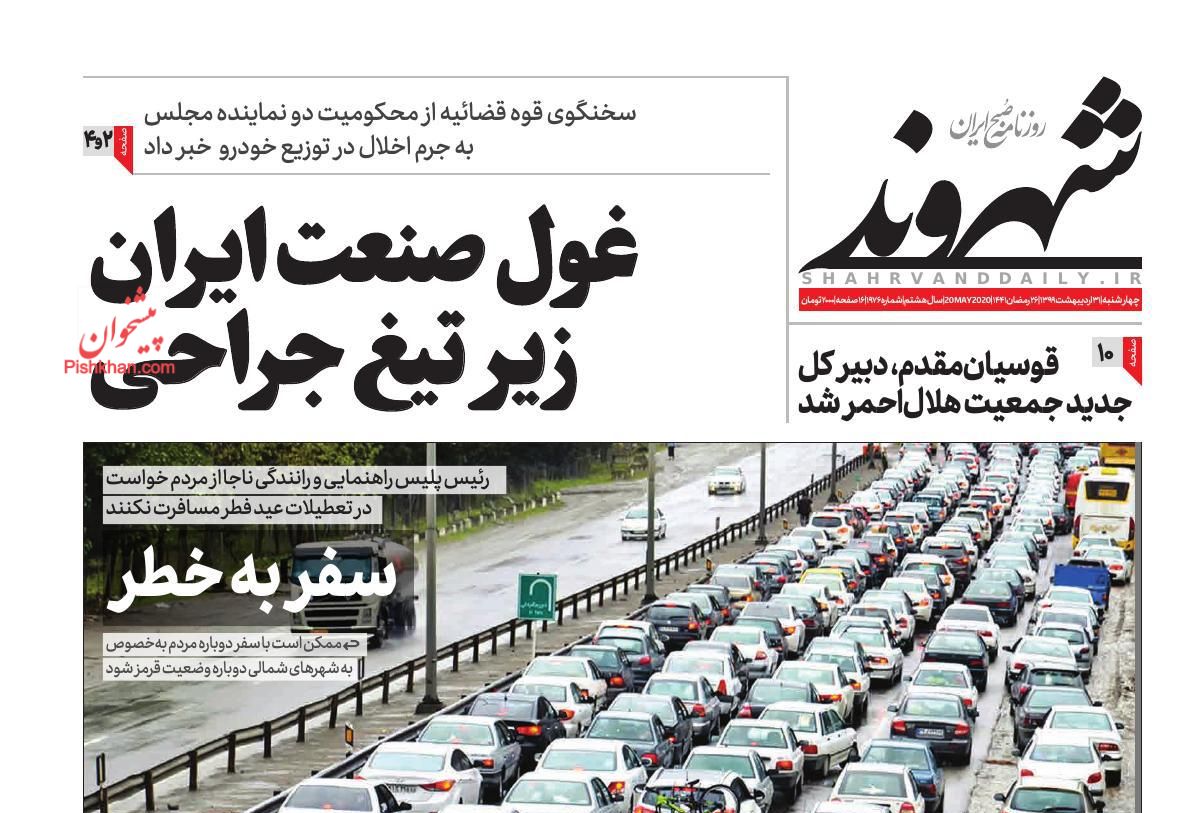 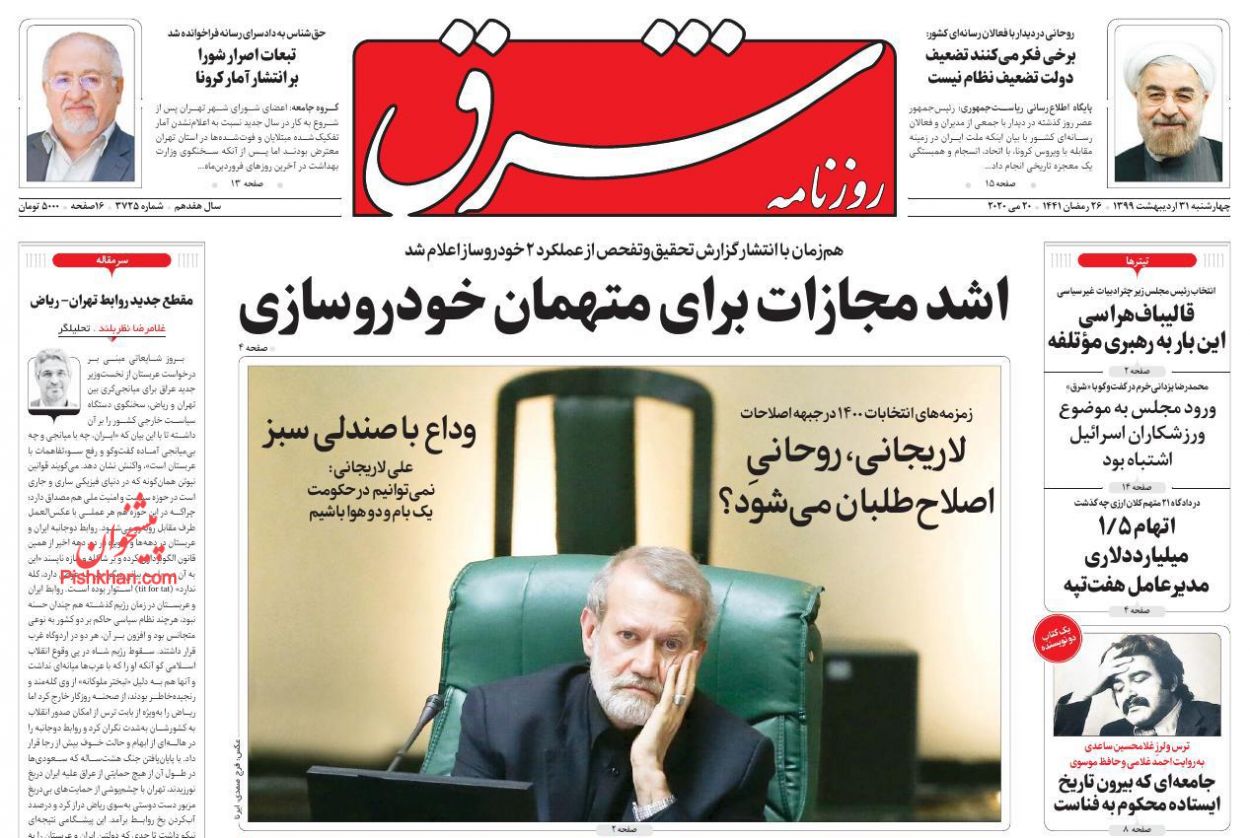