IFP has taken a look at the front pages of Iranian newspapers on Thursday, June 20, 2019, and picked headlines from 8 of them. IFP has simply translated the headlines and does not vouch for their accuracy. 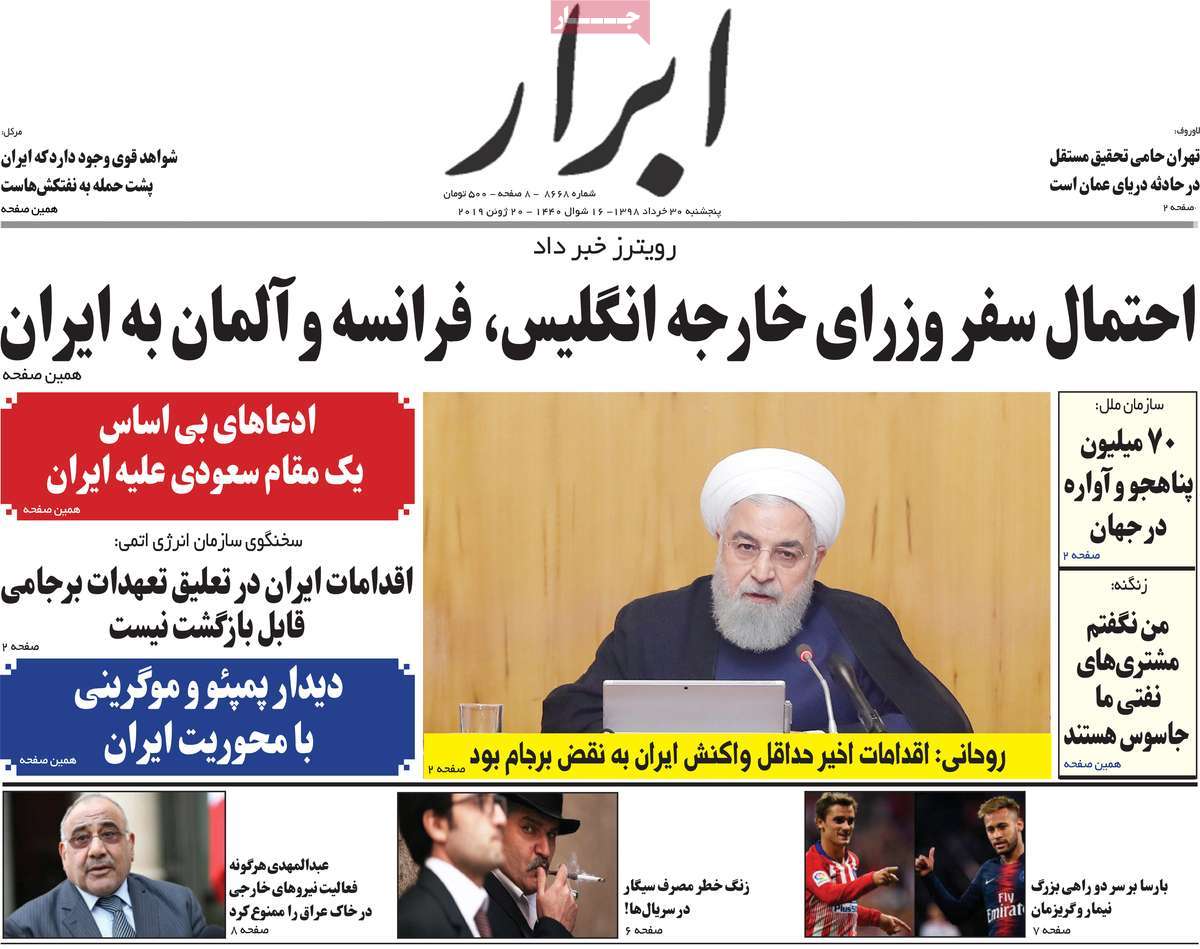 1- Visit US before Visiting Iran: Tehran to E3 FMs

* If Anything Happens over Failure to Adopt FATF, No One Can Blame Gov’t 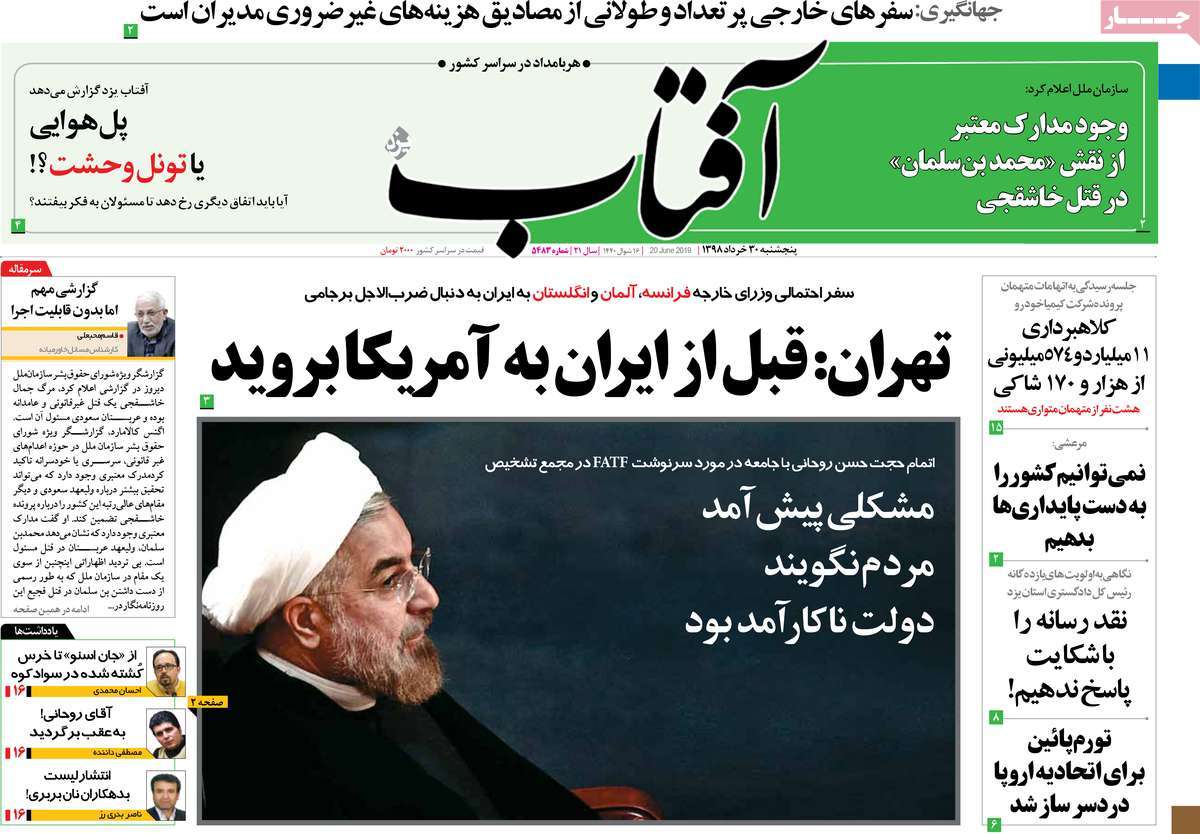 1- E3 FMs May Visit Iran to Save JCPOA: European Scenario in Tehran 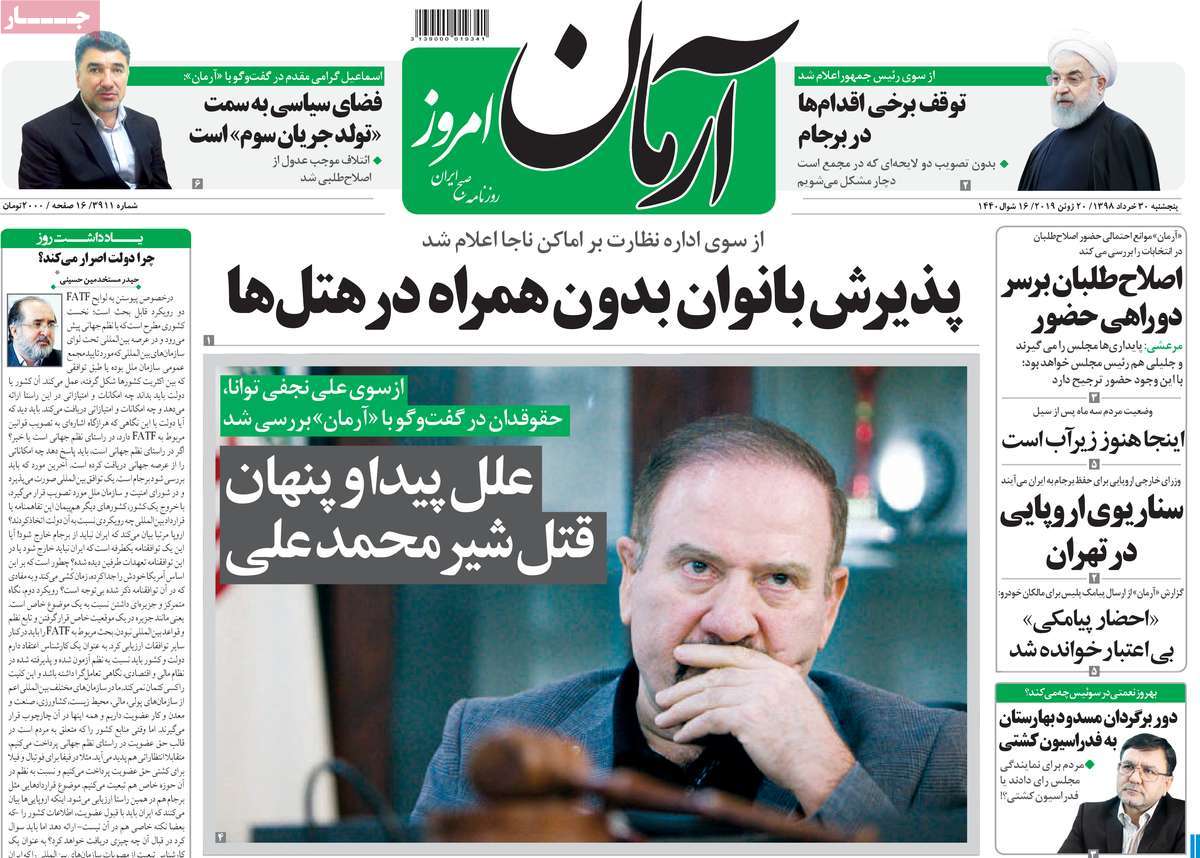 2- Europe’s New Plan to Save JCPOA 1- No War Will Break Out between Iran, US: Shamkhani 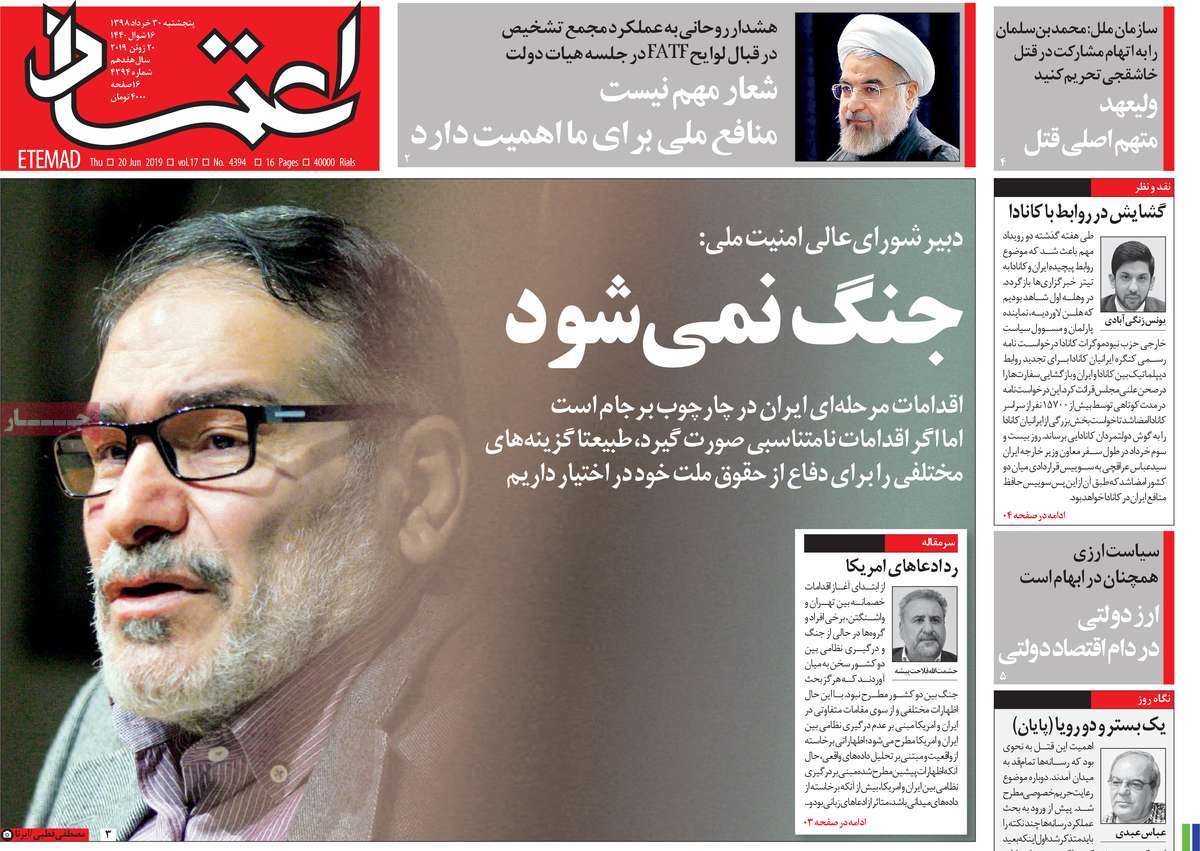 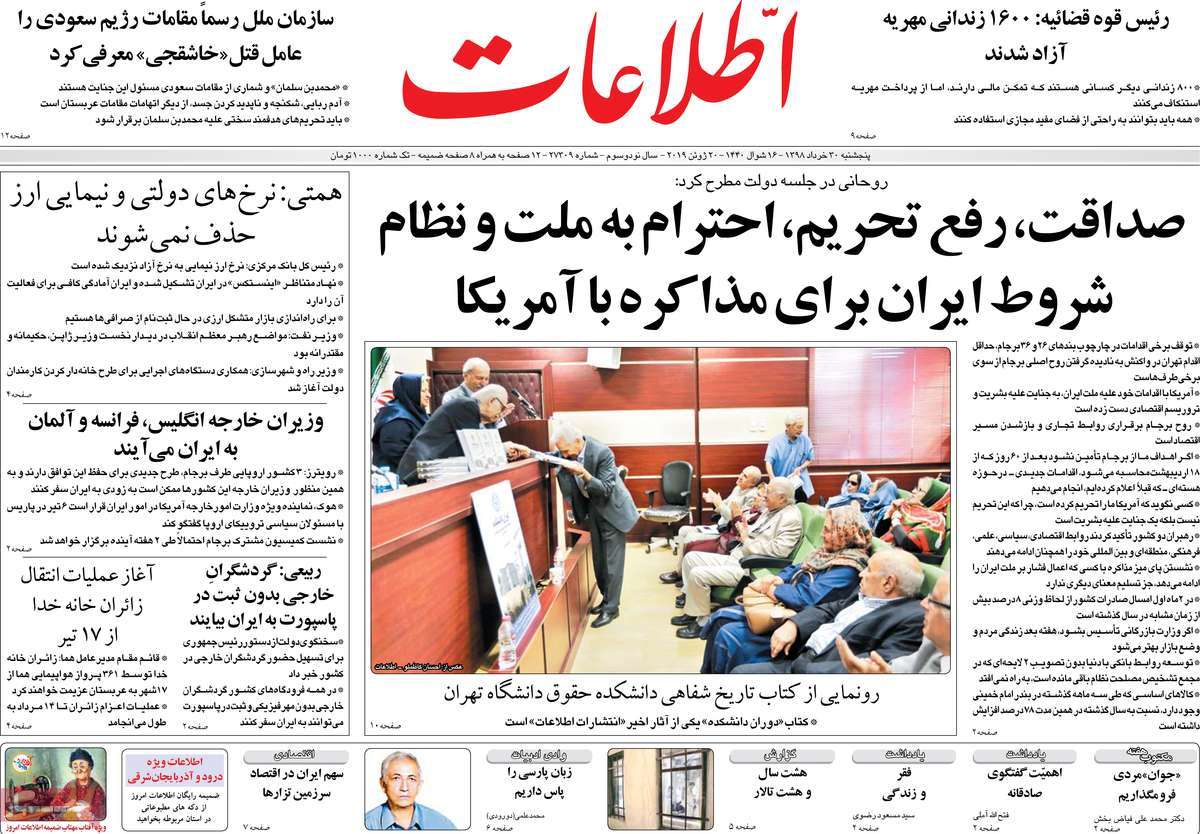 1- Iran’s Account of What Happened in Sea of Oman 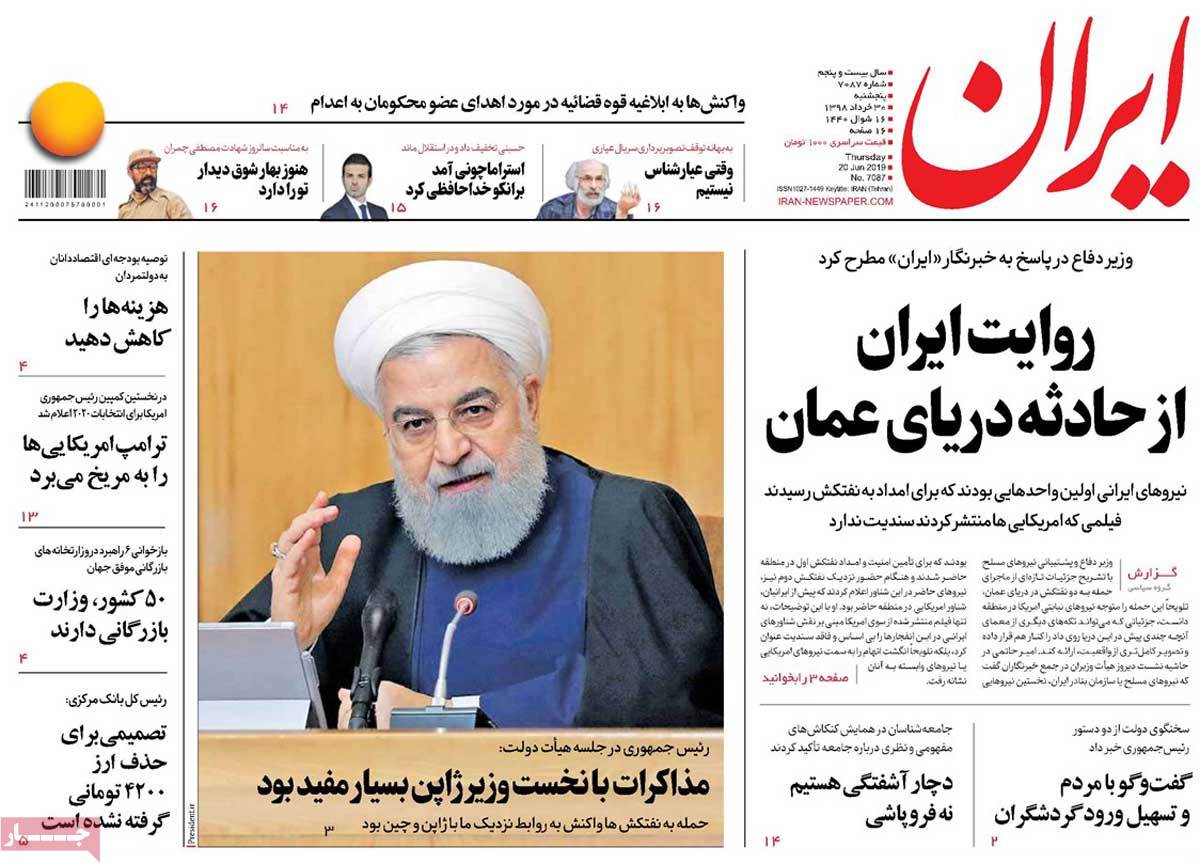 1- Europe Looking for Miracle of Keeping Iran in JCPOA

2- Rouhani: Trump Said He’s Made a Mistake Regarding Iran 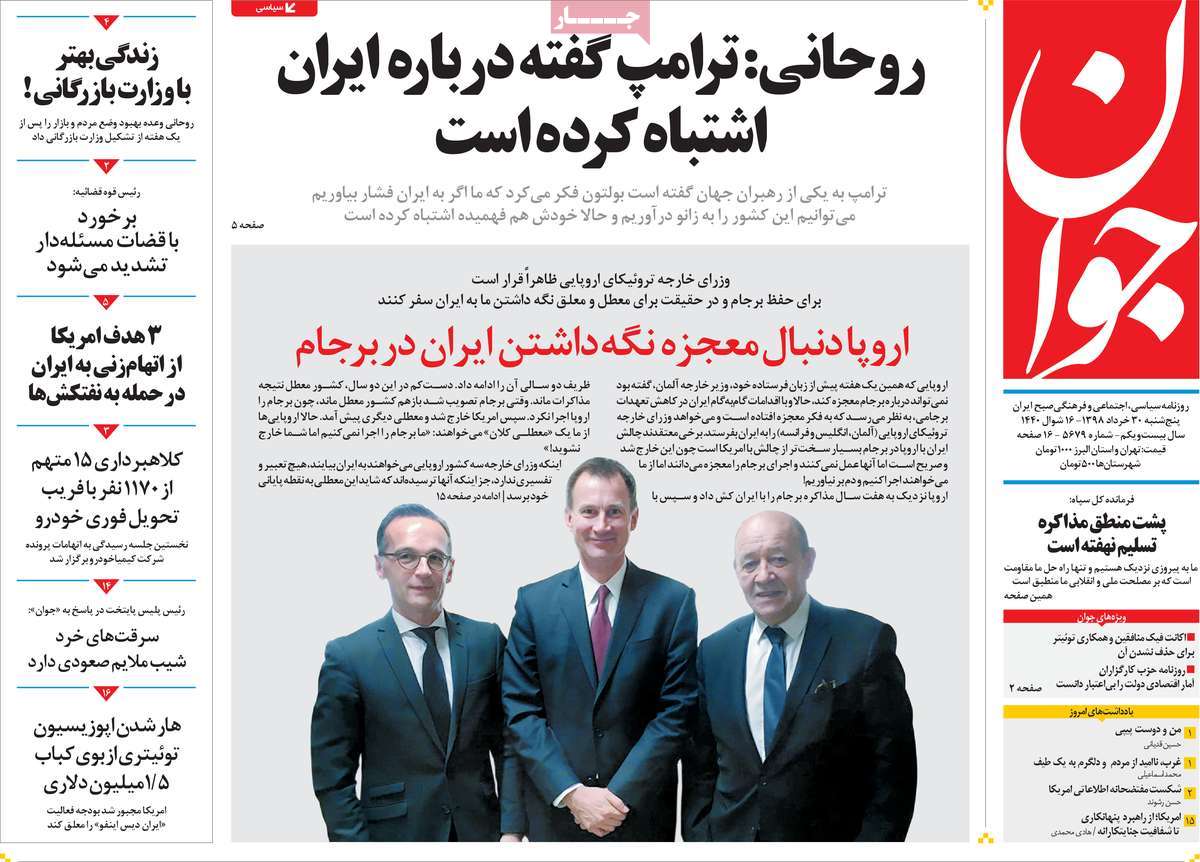