Germany’s Foreign Minister Heiko Maas’s visit to Tehran and his talks with his Iranian counterpart and President Rouhani has grabbed the headlines of most of the Iranian newspapers. Foreign Minister Zarif issued warning over economic war being conducted against Islamic Republic through US sanctions. He said the only solution for reducing tensions in this region is stopping that economic war. For his part, German Foreign Minister Maas said that Germany, France and Britain were doing their utmost to prevent the failure of the JCPOA.

Once again a top story today was the Japanese prime minister’s visit to Iran.  Prime Minister Shinzo Abe is set to start his two-day visit to Tehran on Wednesday amid rising military tensions in the Persian Gulf. Japanese Foreign Ministry officials say the primary purpose of his visit is to ease tensions and prevent the status quo from deteriorating further. They also noted that Abe will not be in Tehran as a mediator or messenger. 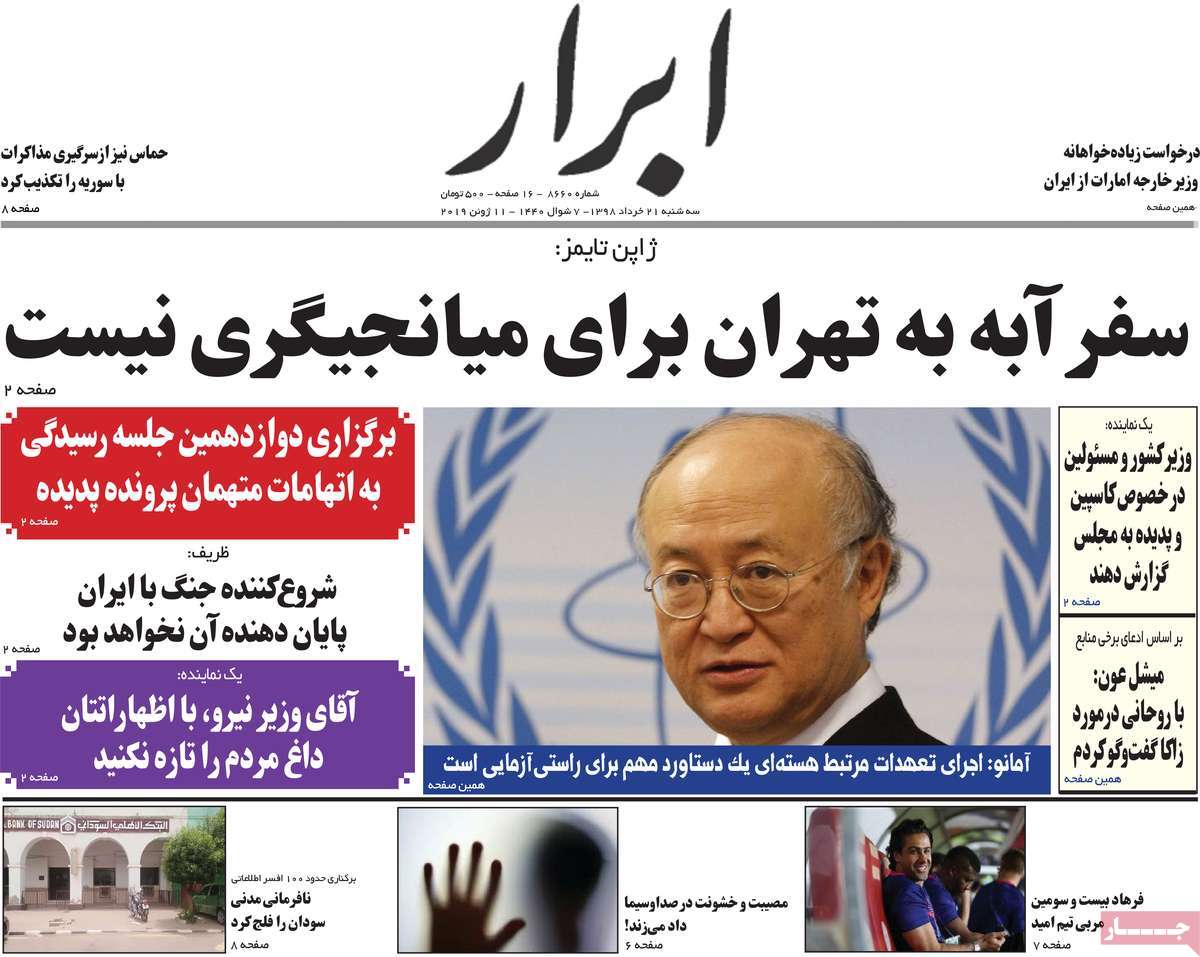 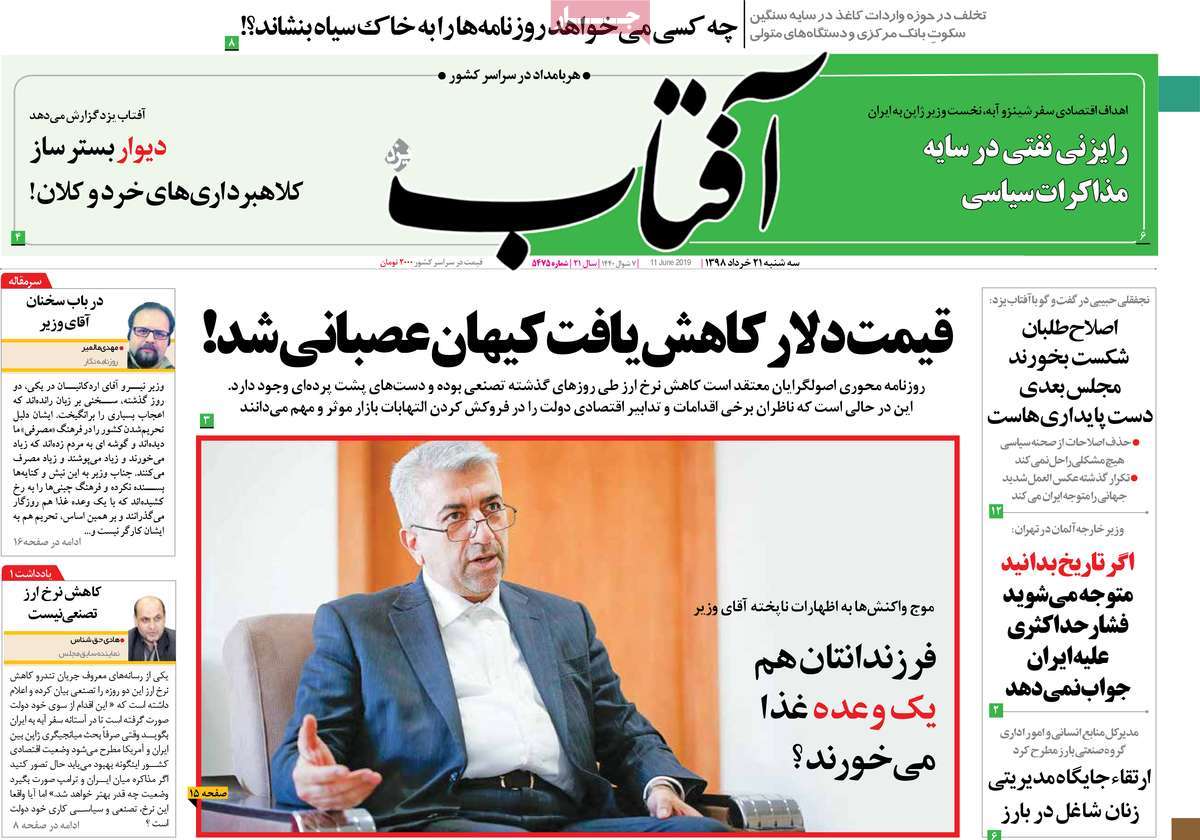 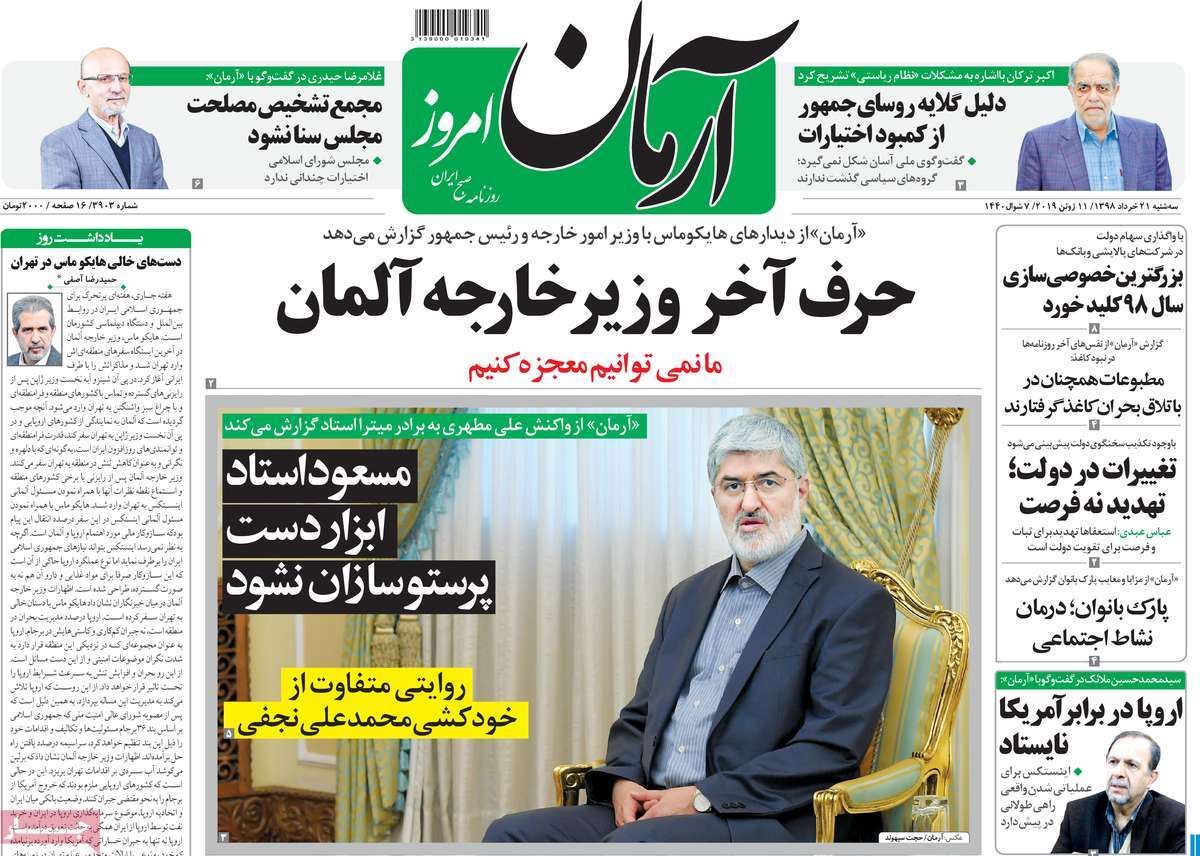 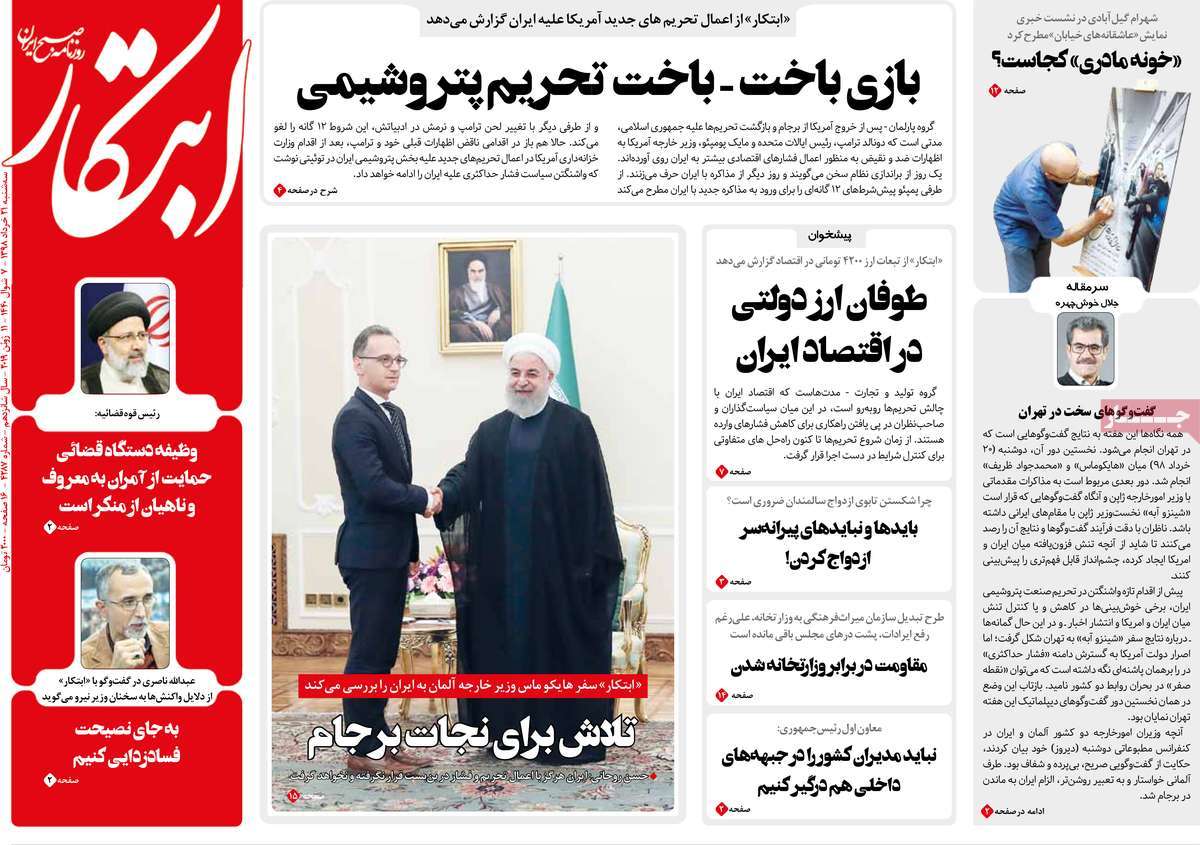 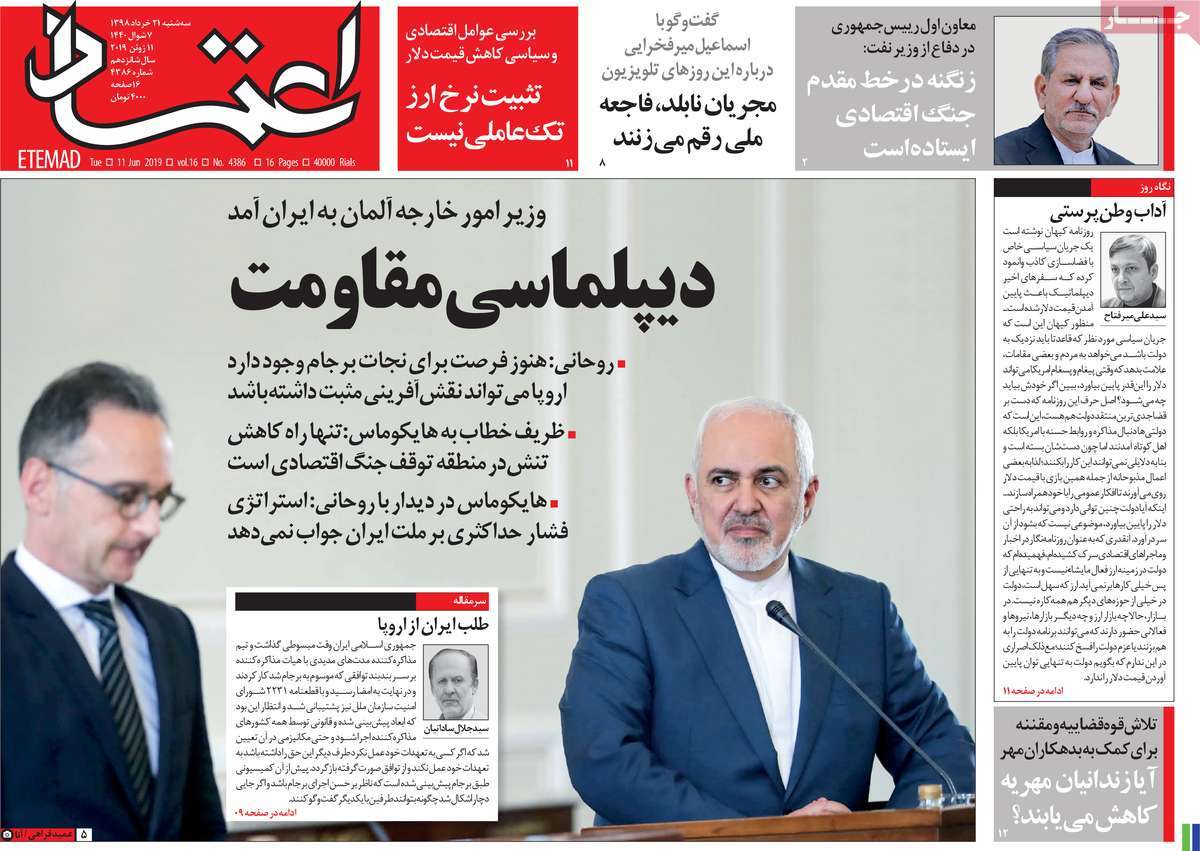 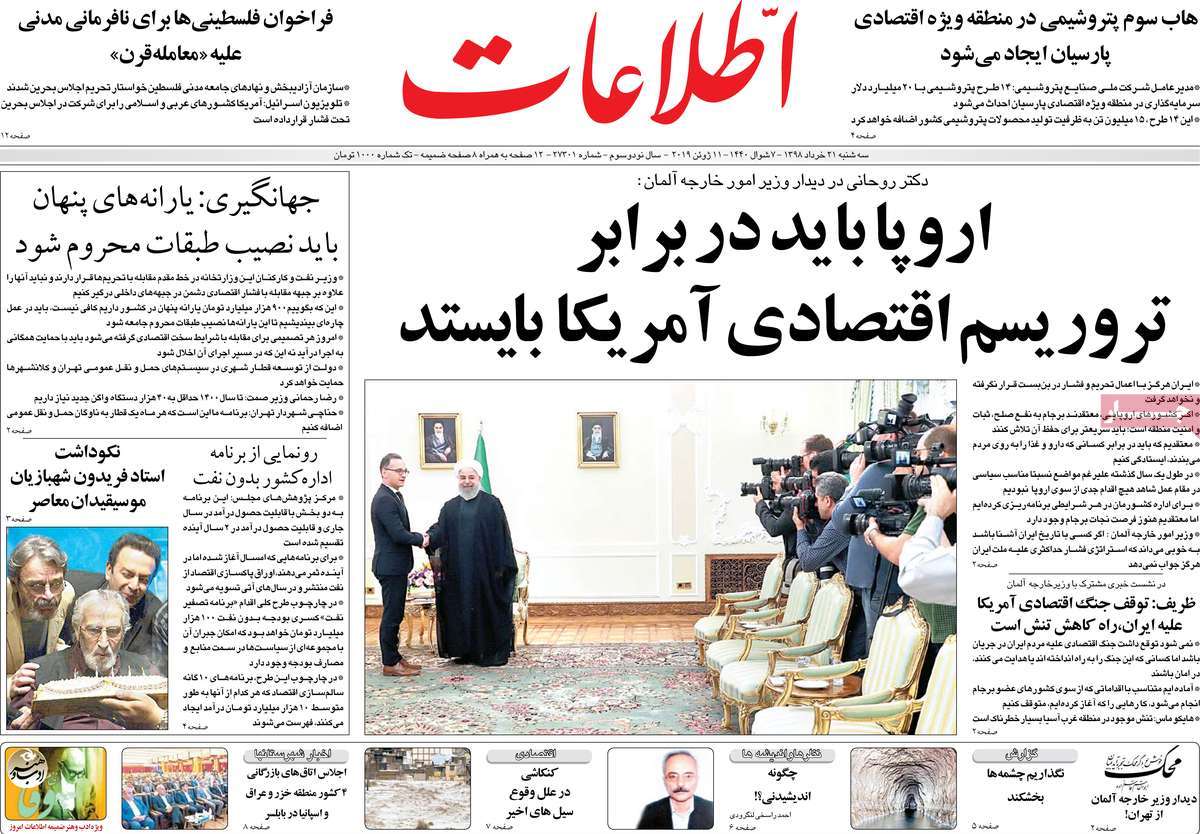 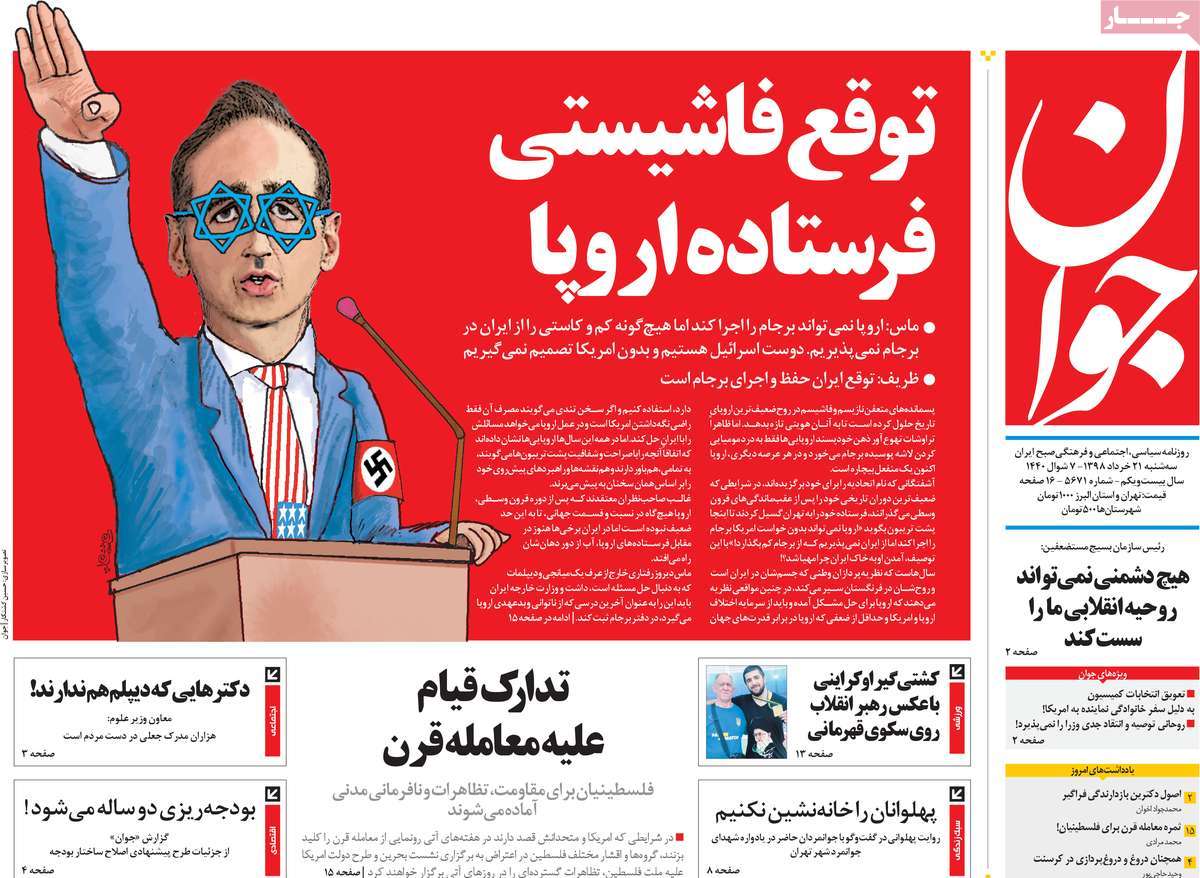 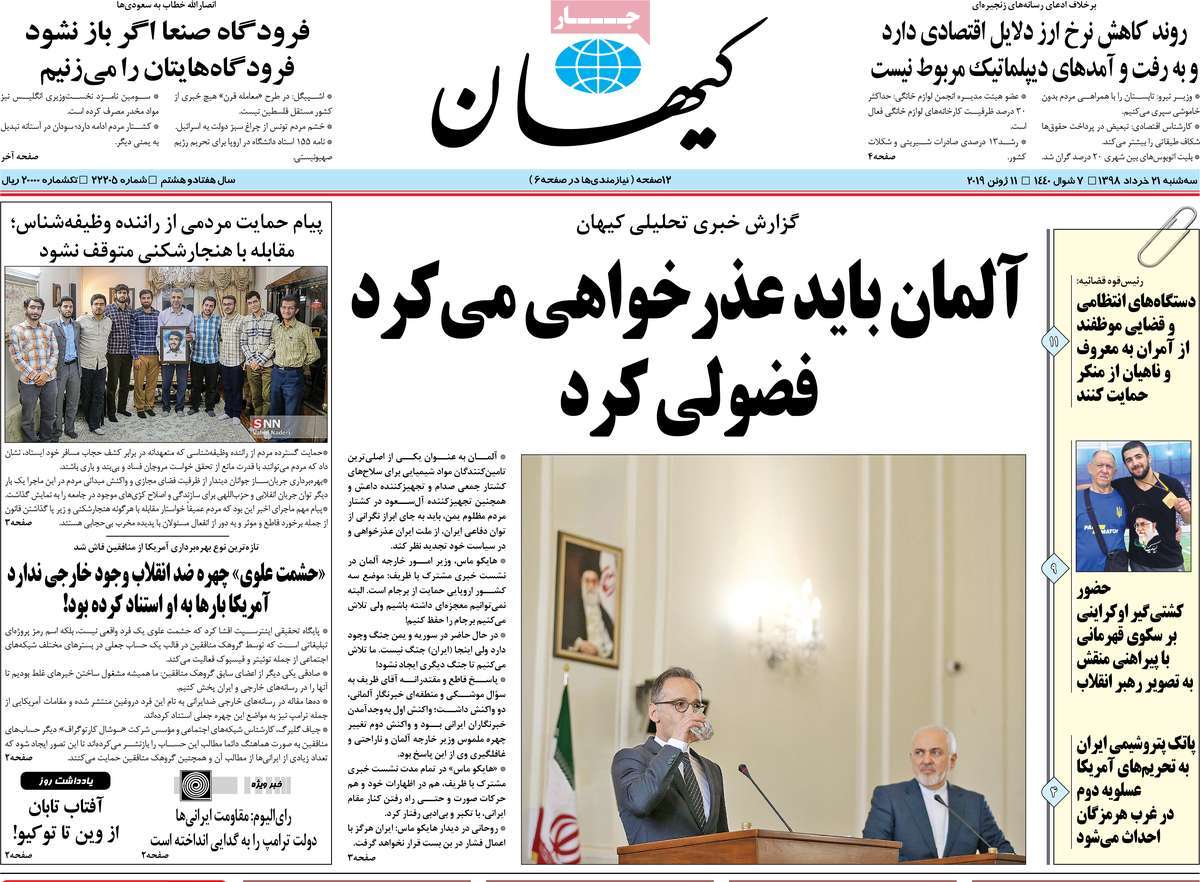 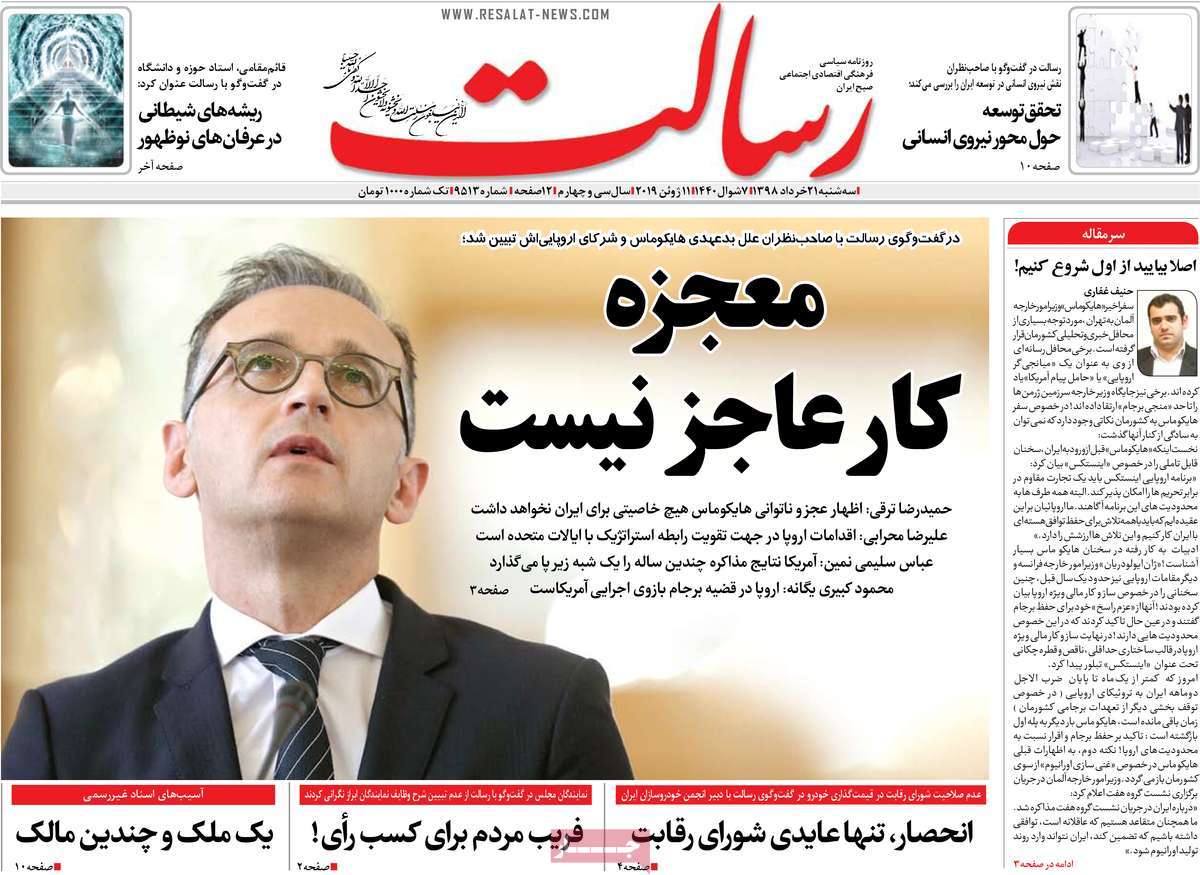 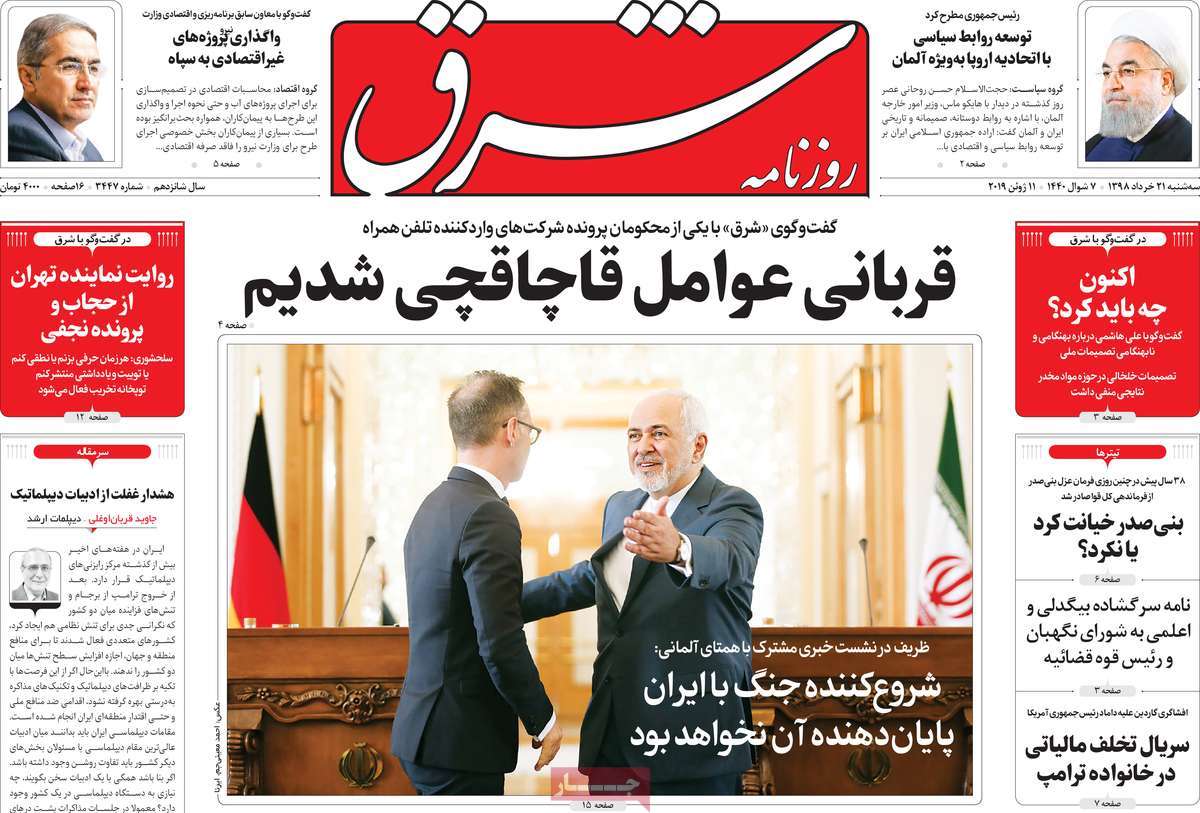 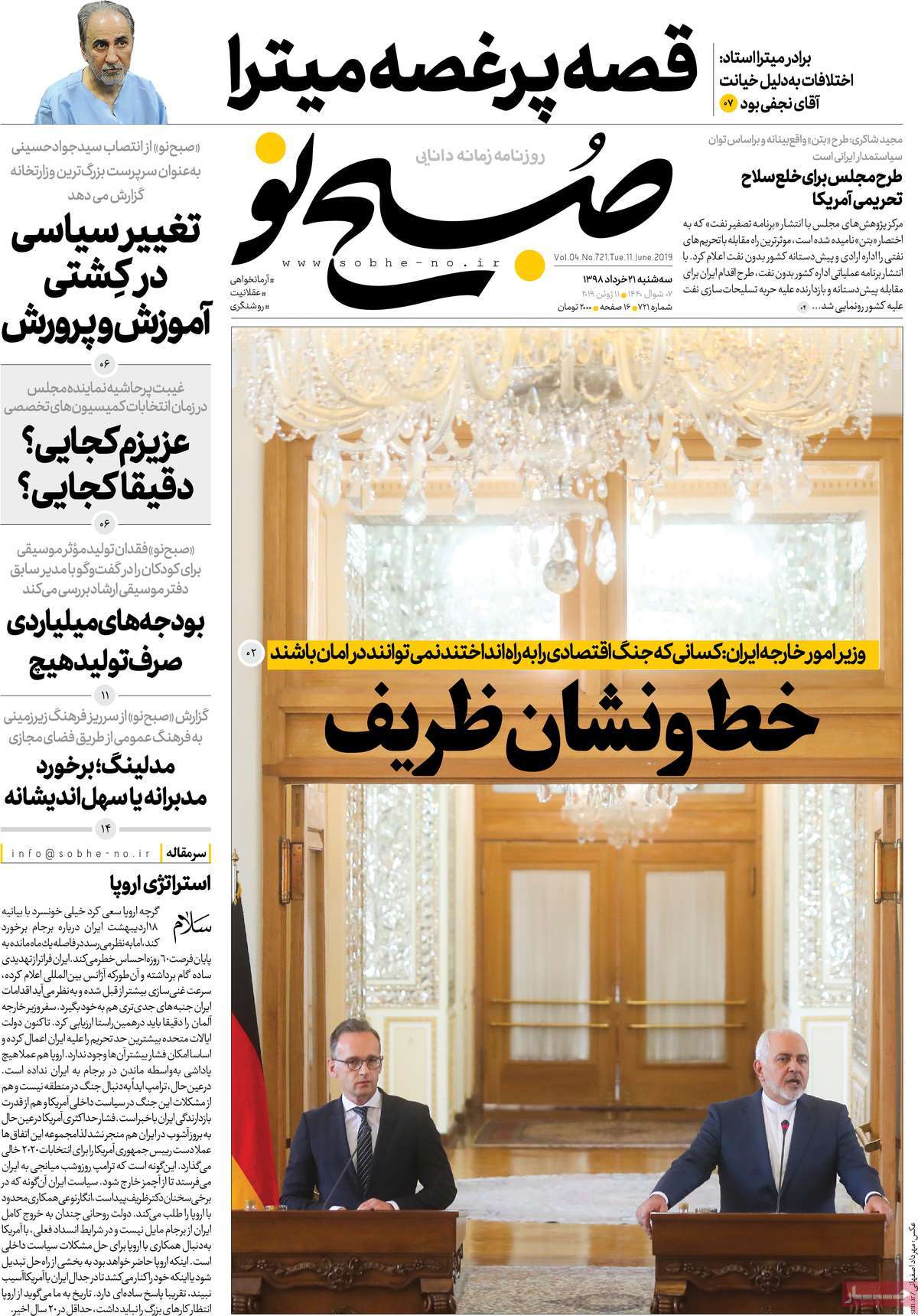