IFP has taken a look at the front pages of Iranian newspapers on Monday, July 22, 2019, and picked headlines from 13 of them. IFP has simply translated the headlines and does not vouch for their accuracy. 1- Baghdad: We’re Looking for Ways to Ease Tehran-Washington Tension in Cooperation with Some EU, Arab States 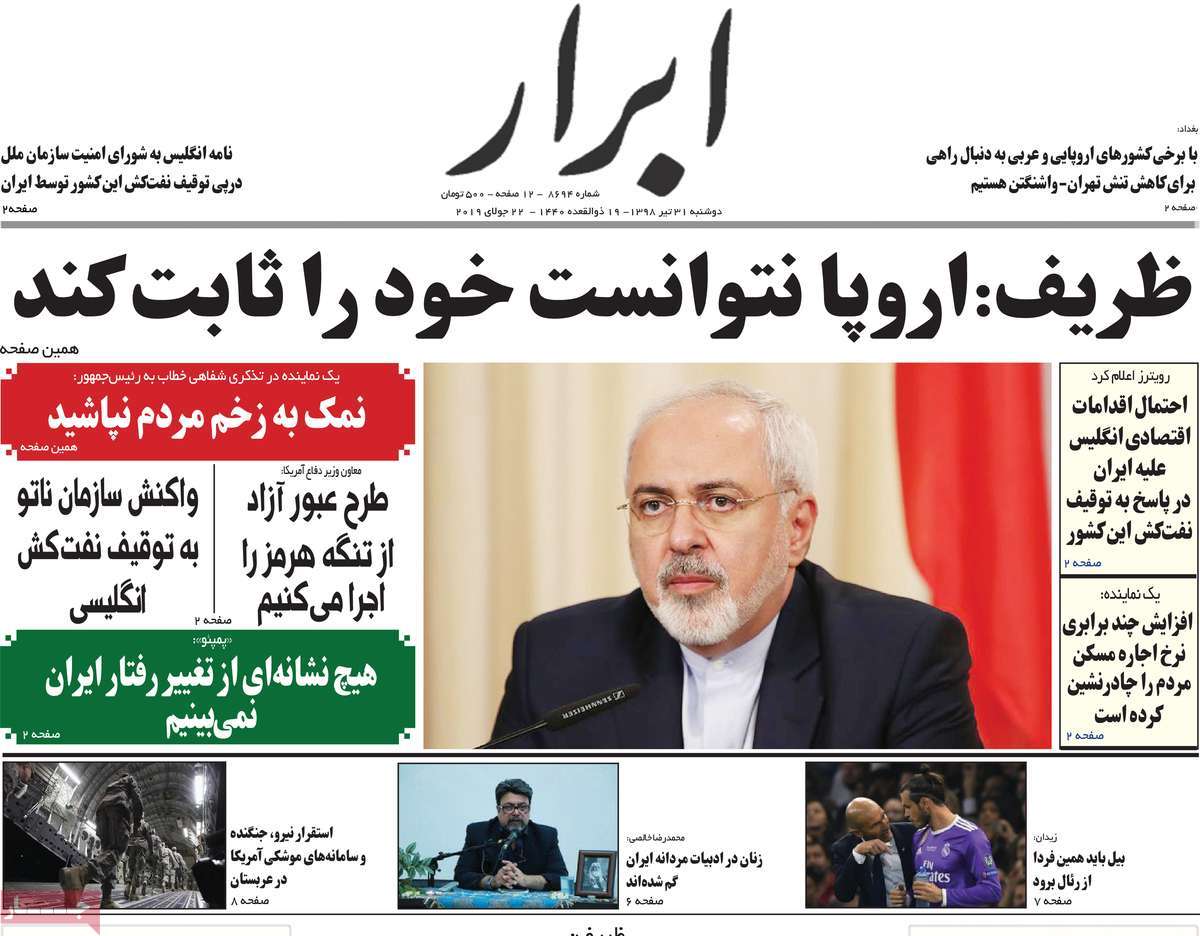 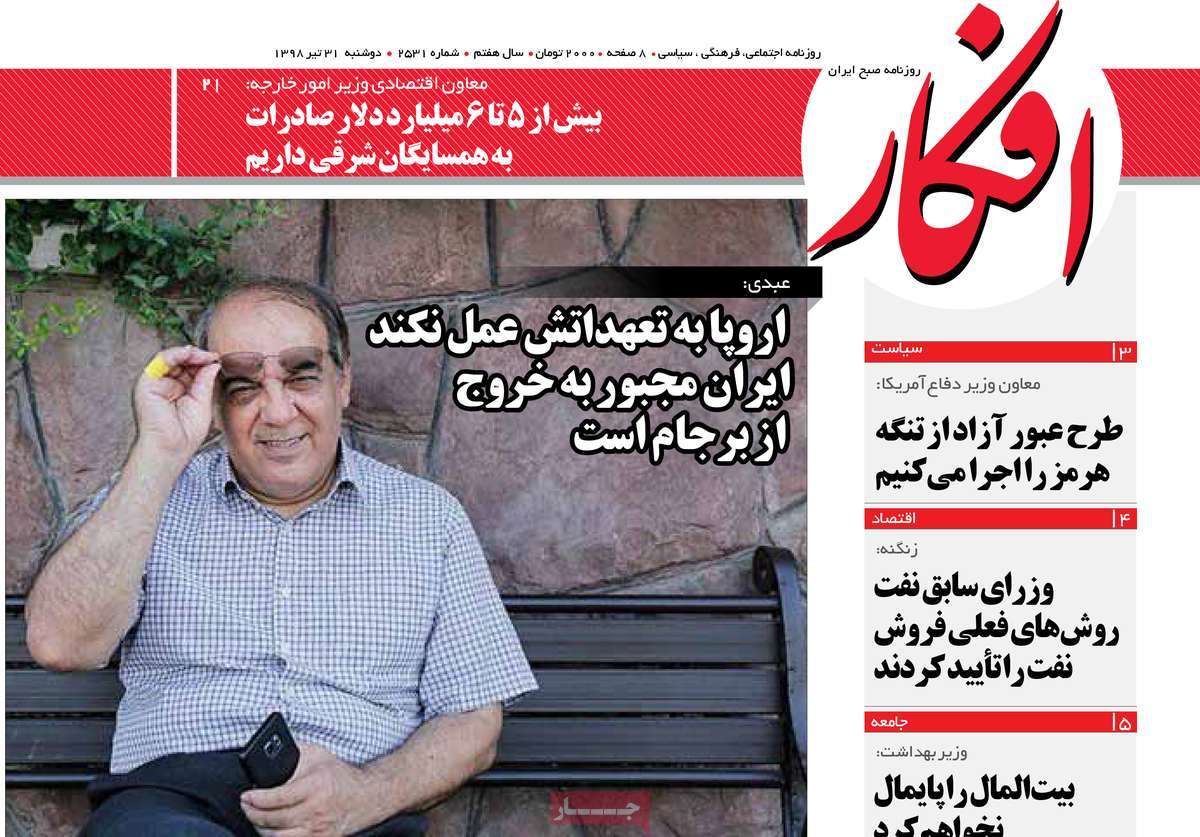 1- Reformist Analyst: We’ve Had Longest Talks with US in Past 40 Years; Trump Is the Problem 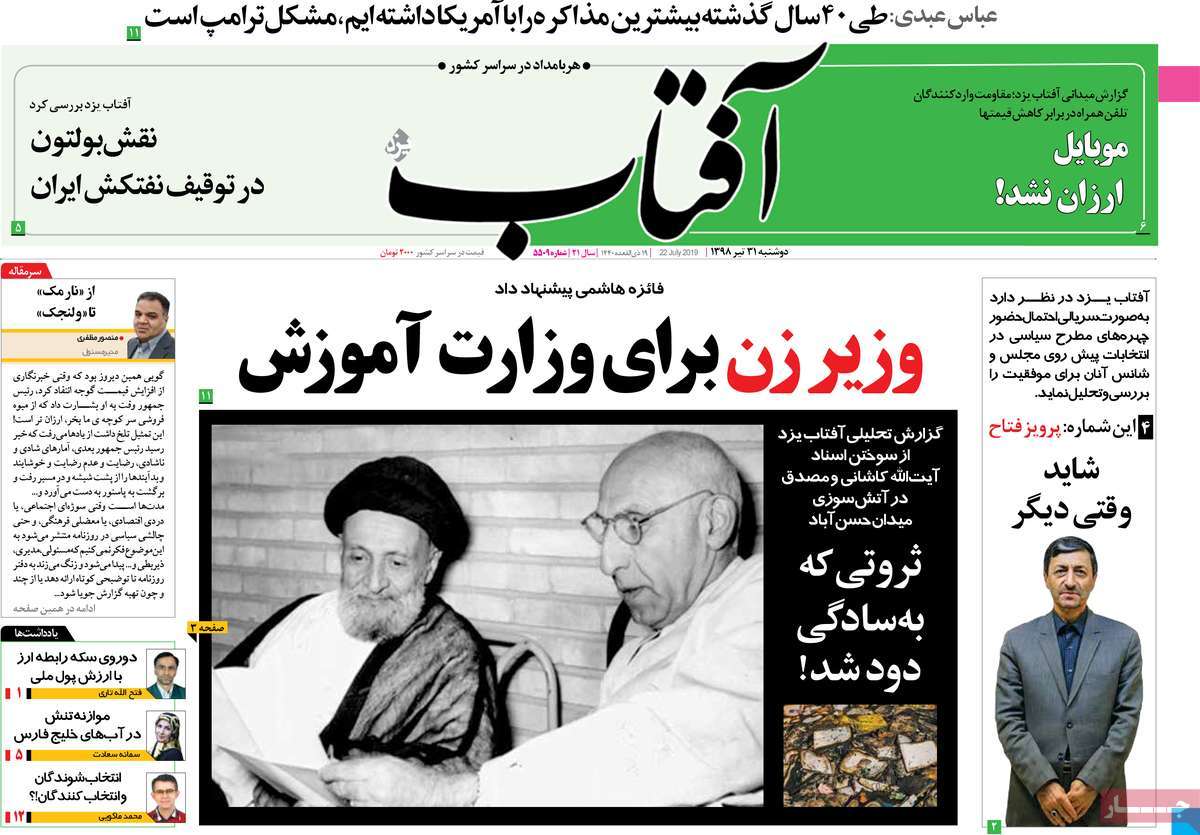 1- Trump Seeks to Get Out of Crisis Strongly: Iran MP

2- Tension of Oil Tankers to Be Eased with Diplomacy; A Review of Tehran-London Ties 1- Conservatives against Wall of Johnson

2- Zarif to CNN: Europe Failed to Prove Itself 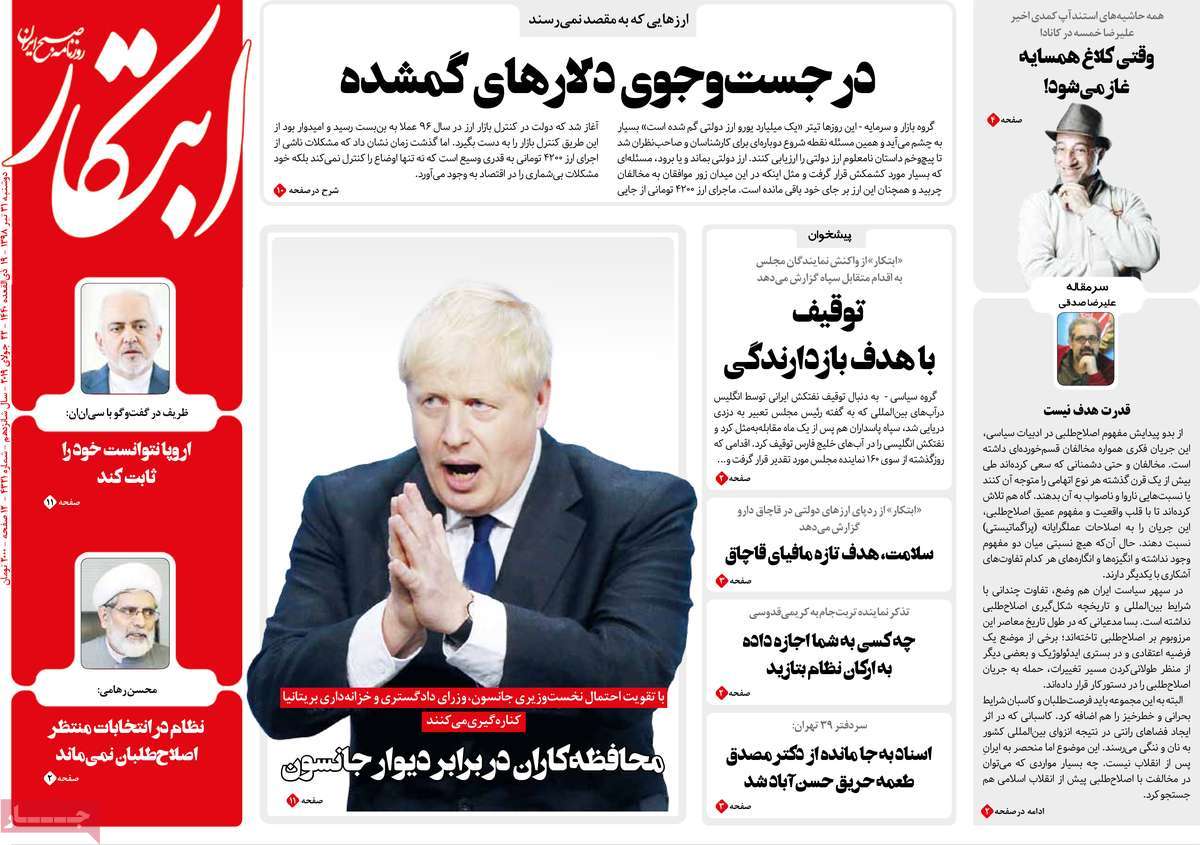 1- Oil Minister: Iran’s Place Not to Be Taken in Oil Market * Straw: Iranians Have Good Reasons to Be Mad at Old, Colonialist Fox

2- Germany: Diplomatic Channel with Iran Must Be Kept Open 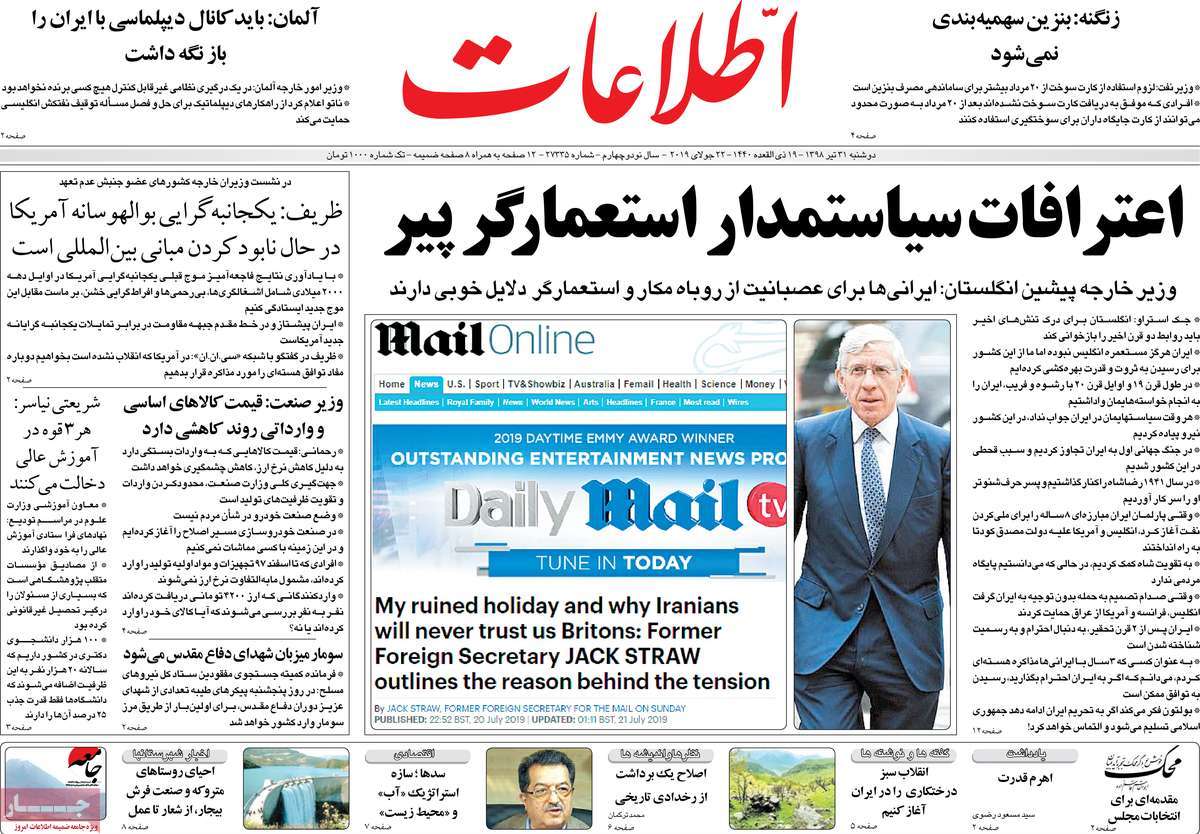 * Maduro: Zarif Is a Drone per se! 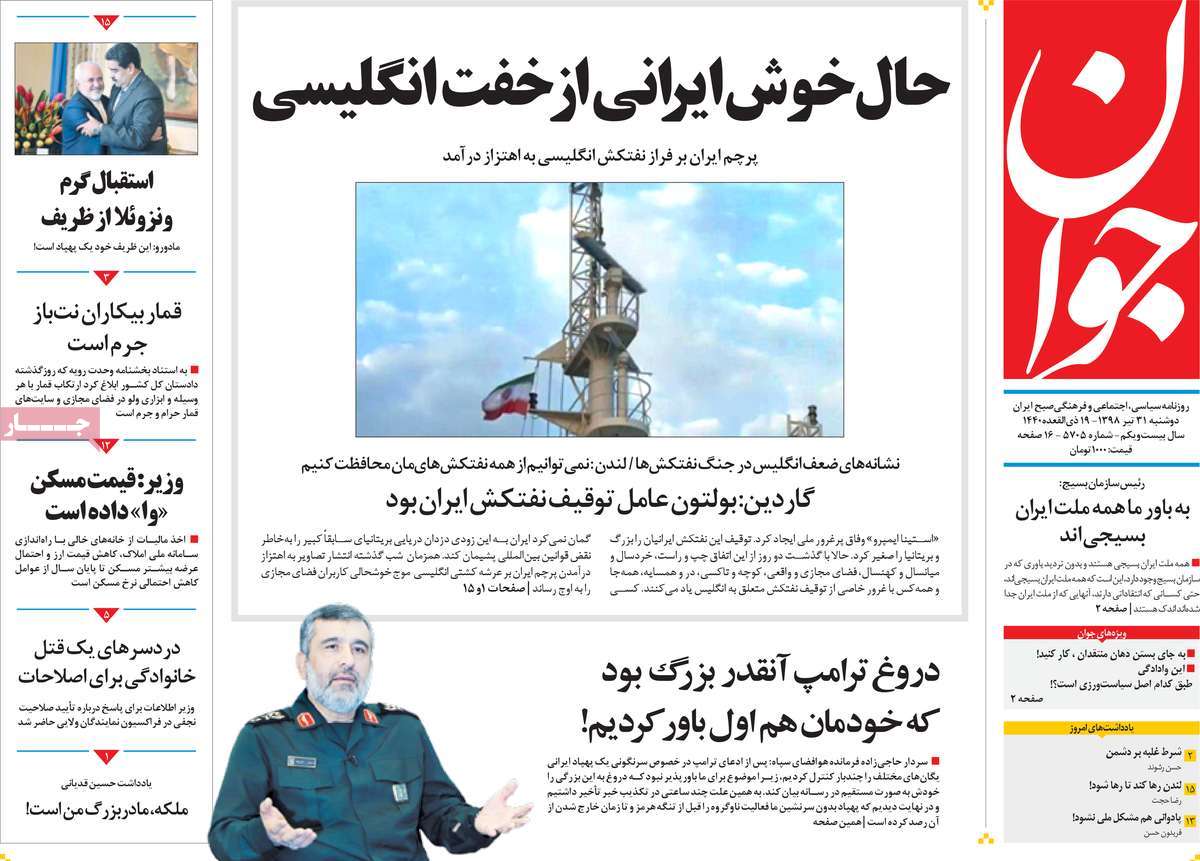 1- Iran’s Imposition of Its Power on UK, US Makes Headlines across the World 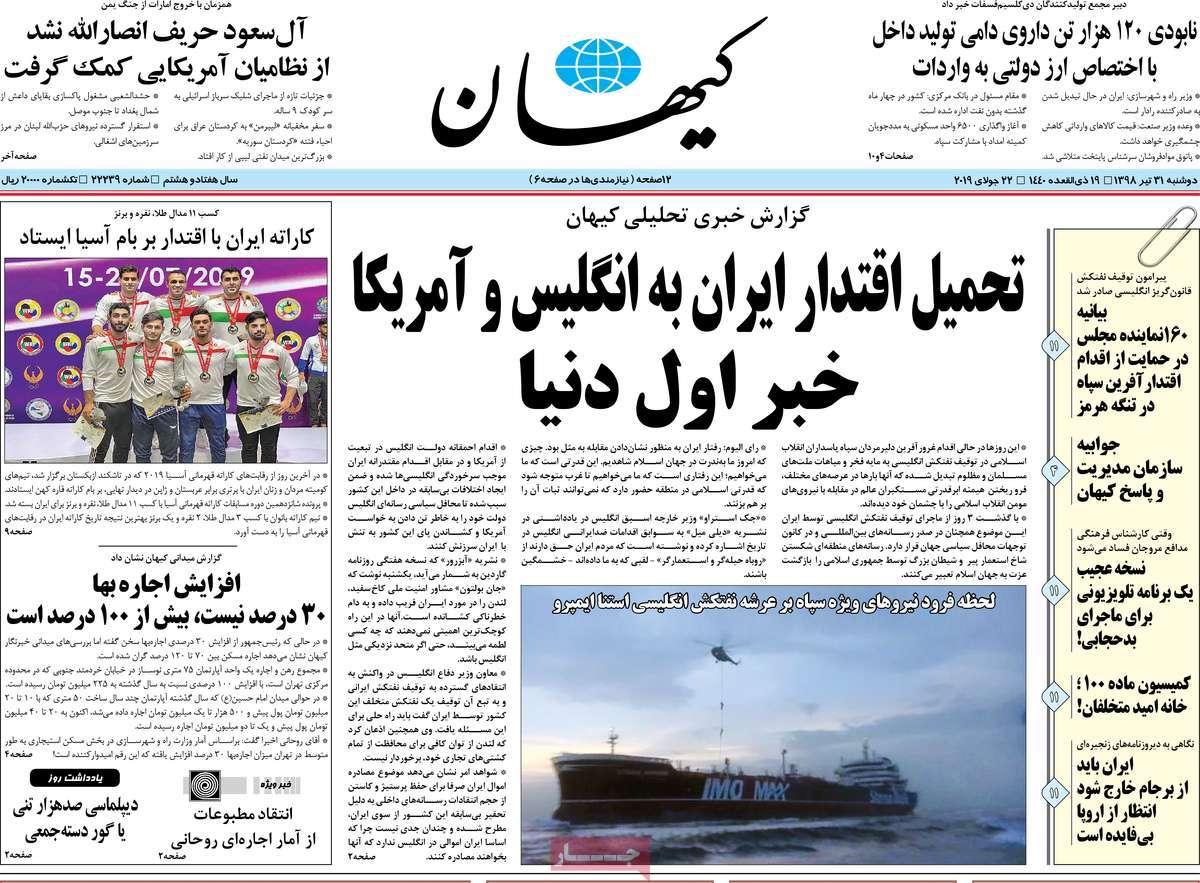 1- Attack Is the Best Defence: A Look at Zarif’s New Approach in His Int’l Appearances 2- Why Strait of Hormuz Is World’s Most Important Waterway? 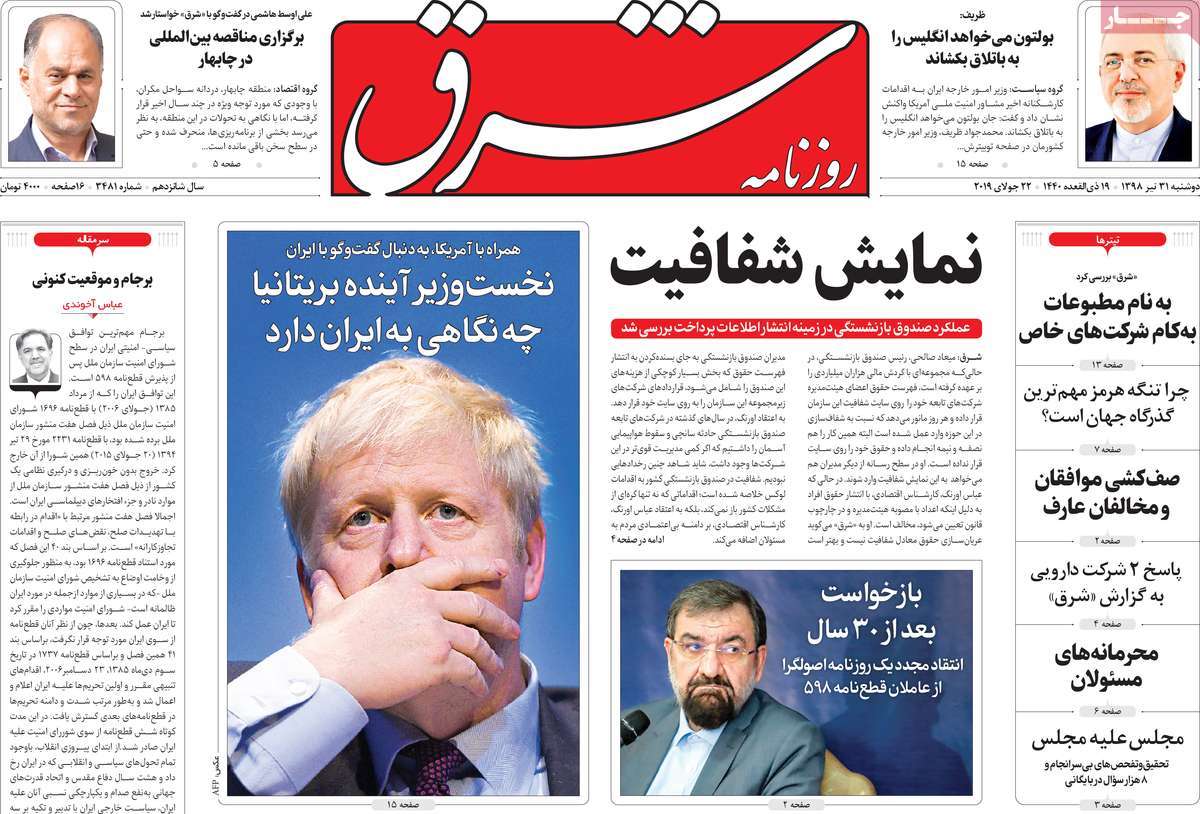