IFP has taken a look at the front pages of Iranian newspapers on Monday, July 15, 2019, and picked headlines from 13 of them. IFP has simply translated the headlines and does not vouch for their accuracy.

2- Iran Engaged in No Talks with US Officials: Spokesman 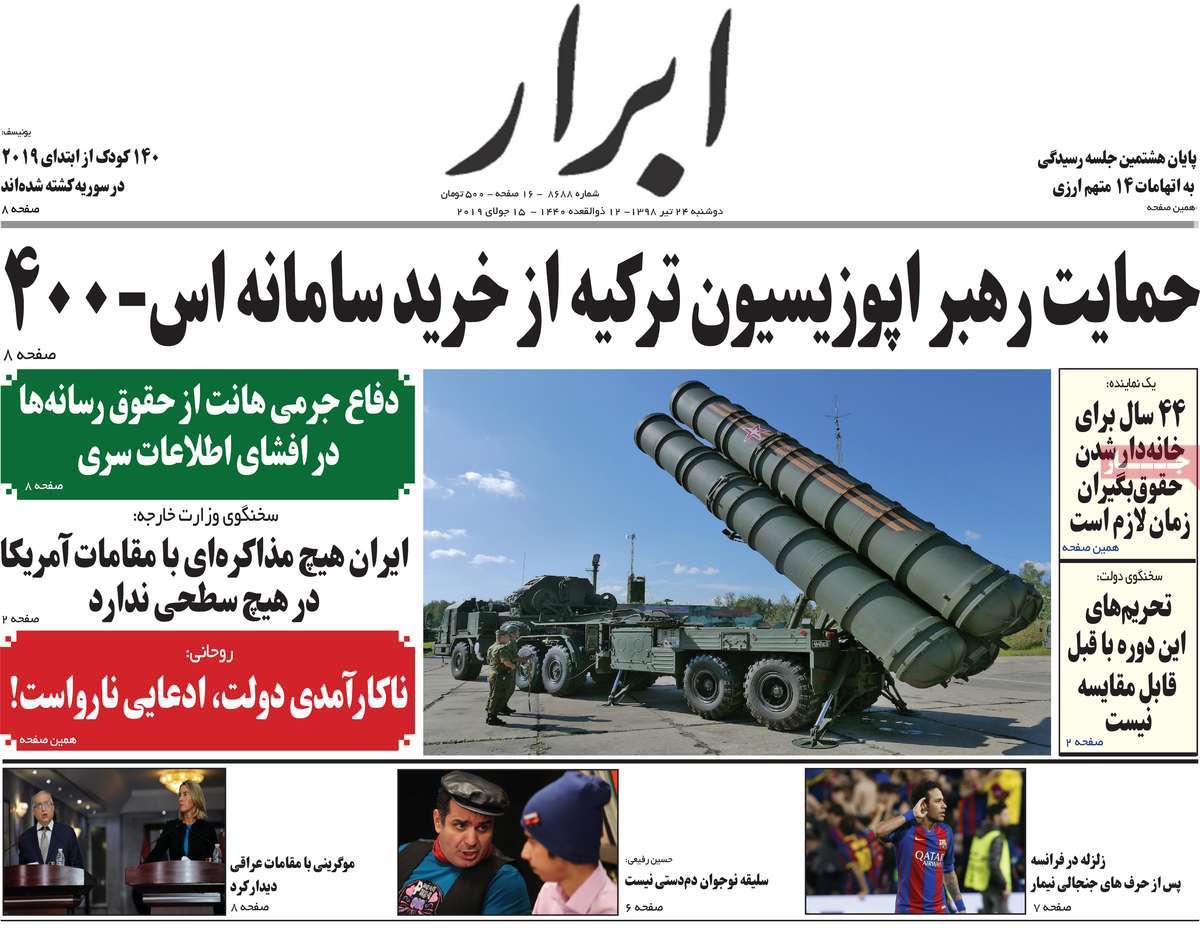 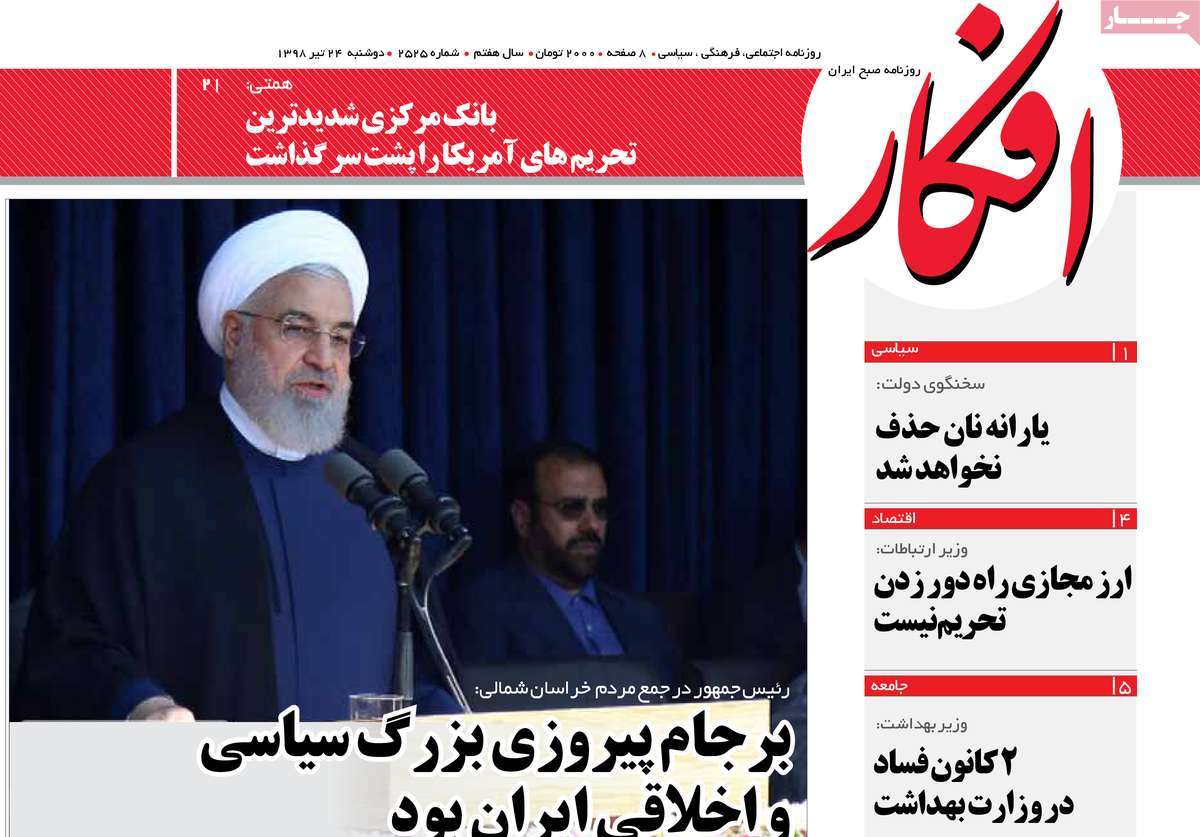 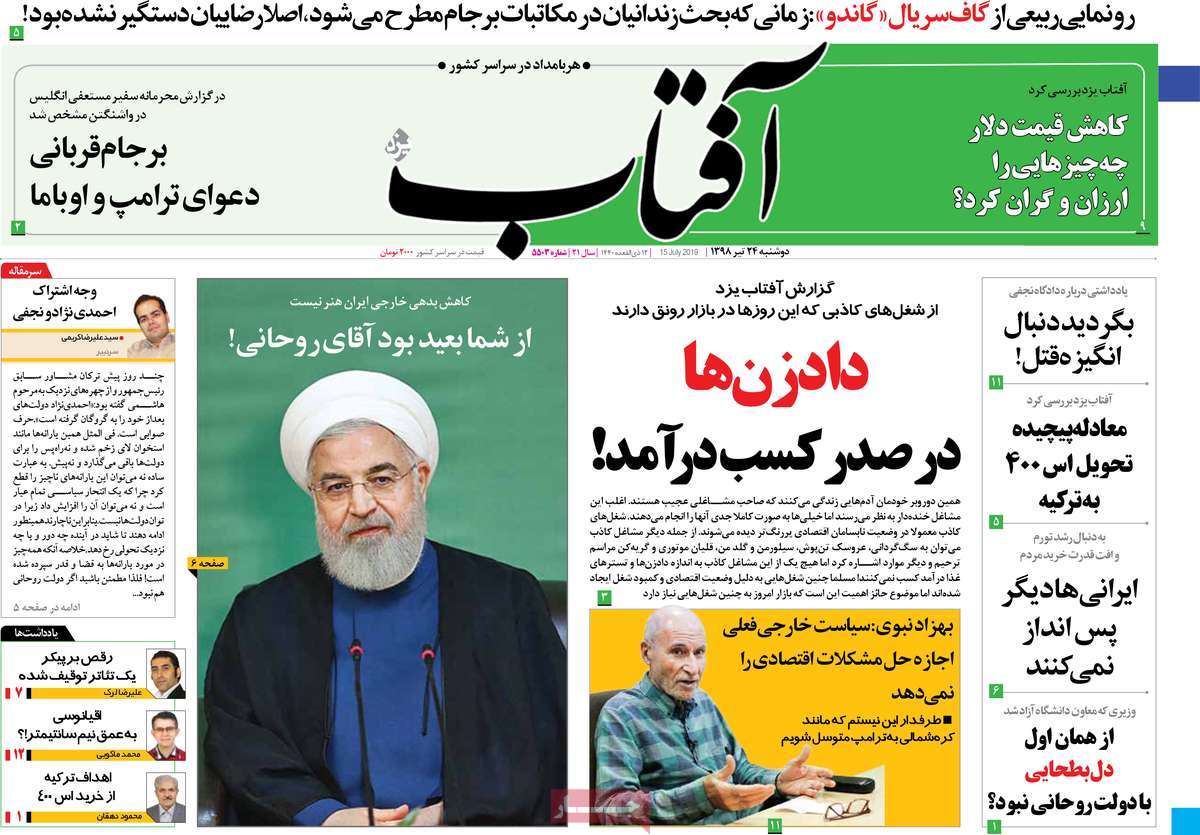 2- Analyst: Trump after Limited Attack, Not a War 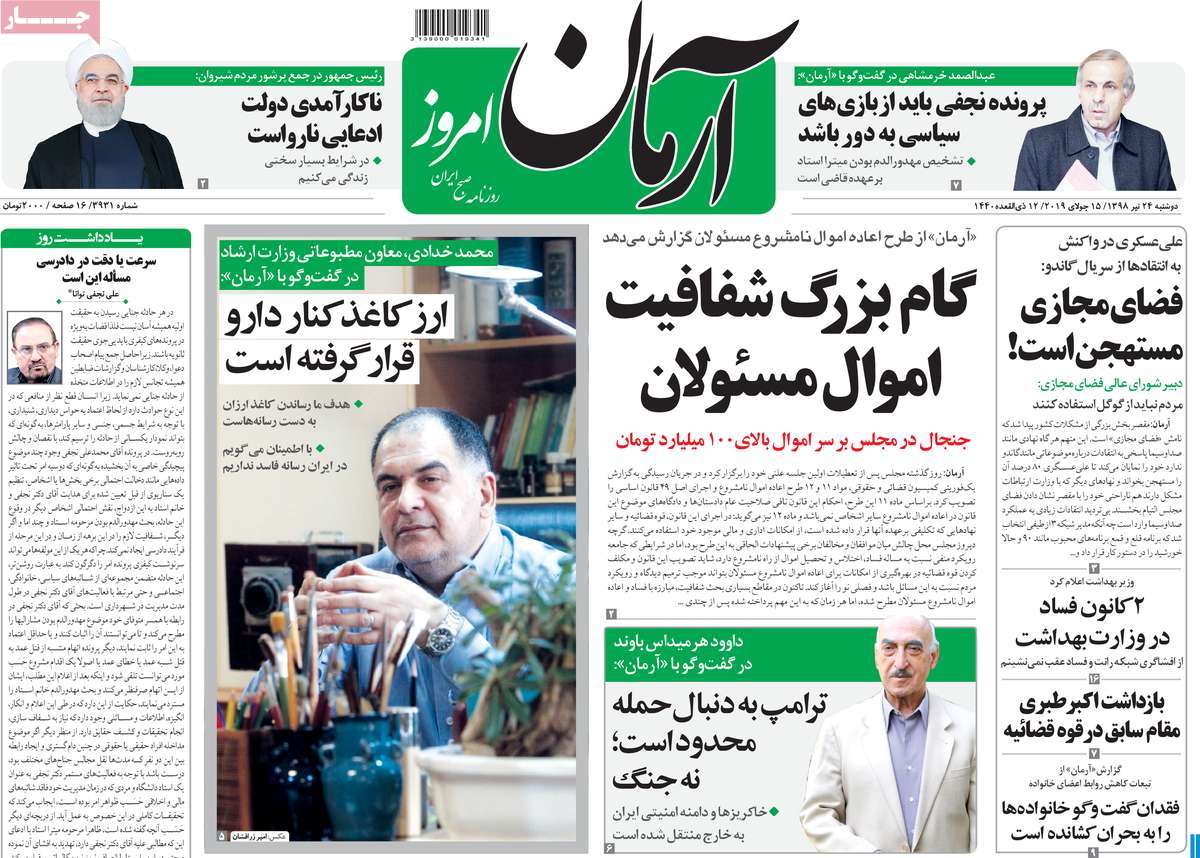 1- Five Hours of Blackout in New York’s Heart: Were Russians Behind? 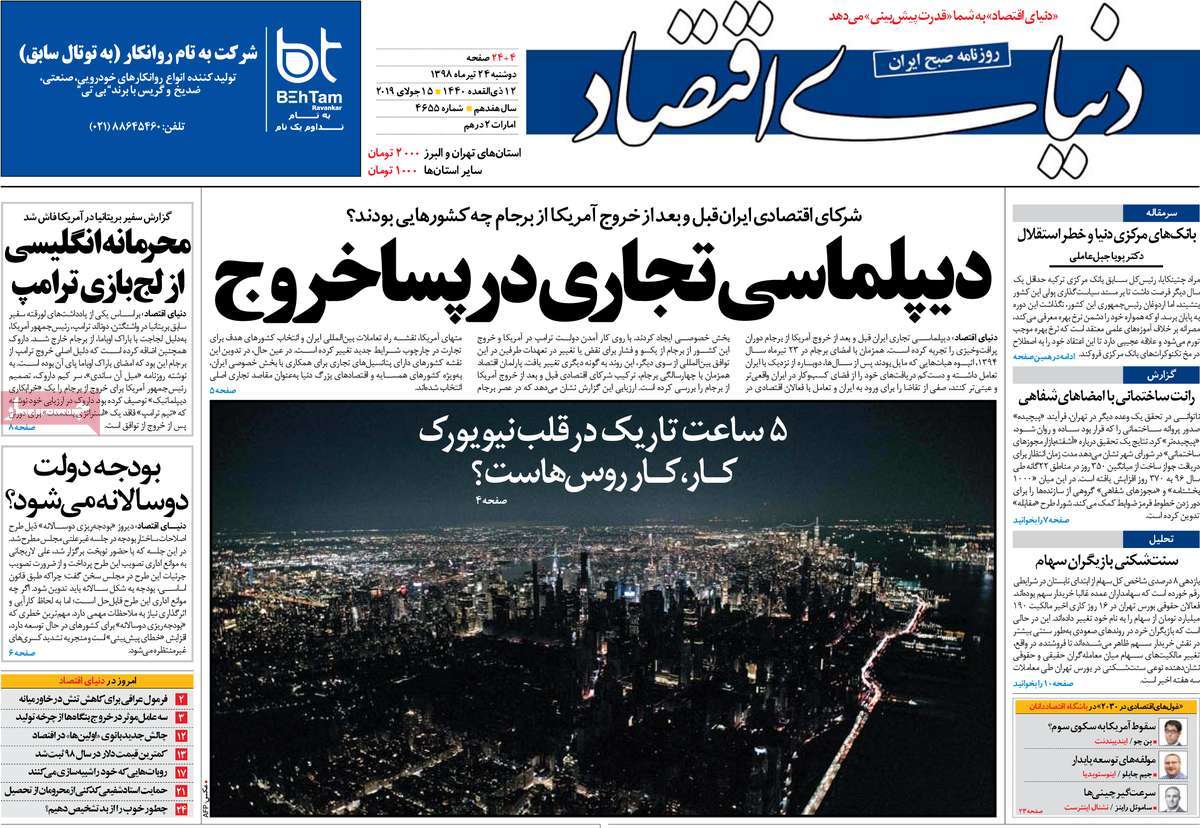 1- Rouhani: We Have Difficulties, but We’re Not Frustrated 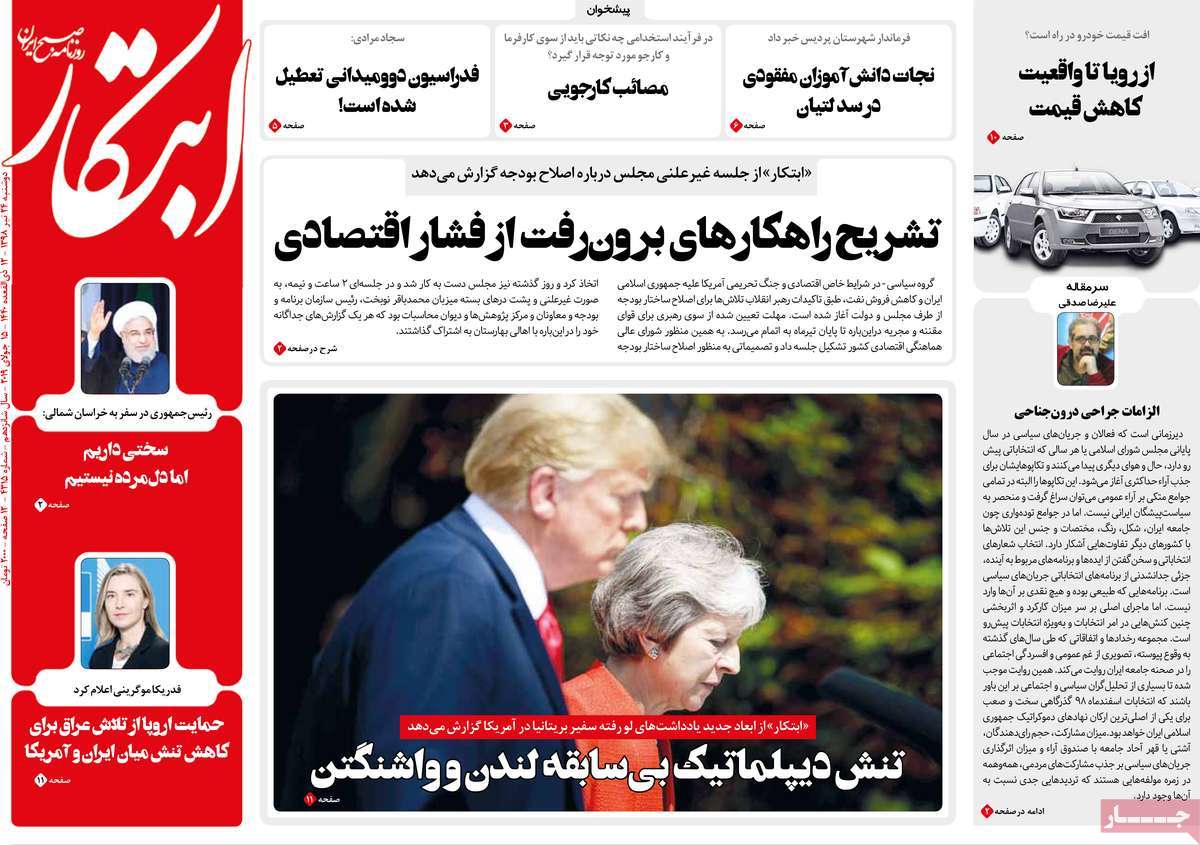 1- Death of Diplomacy in White House

2- Iran Ready for Talks Right Now If US Stops Bullying Others: Rouhani 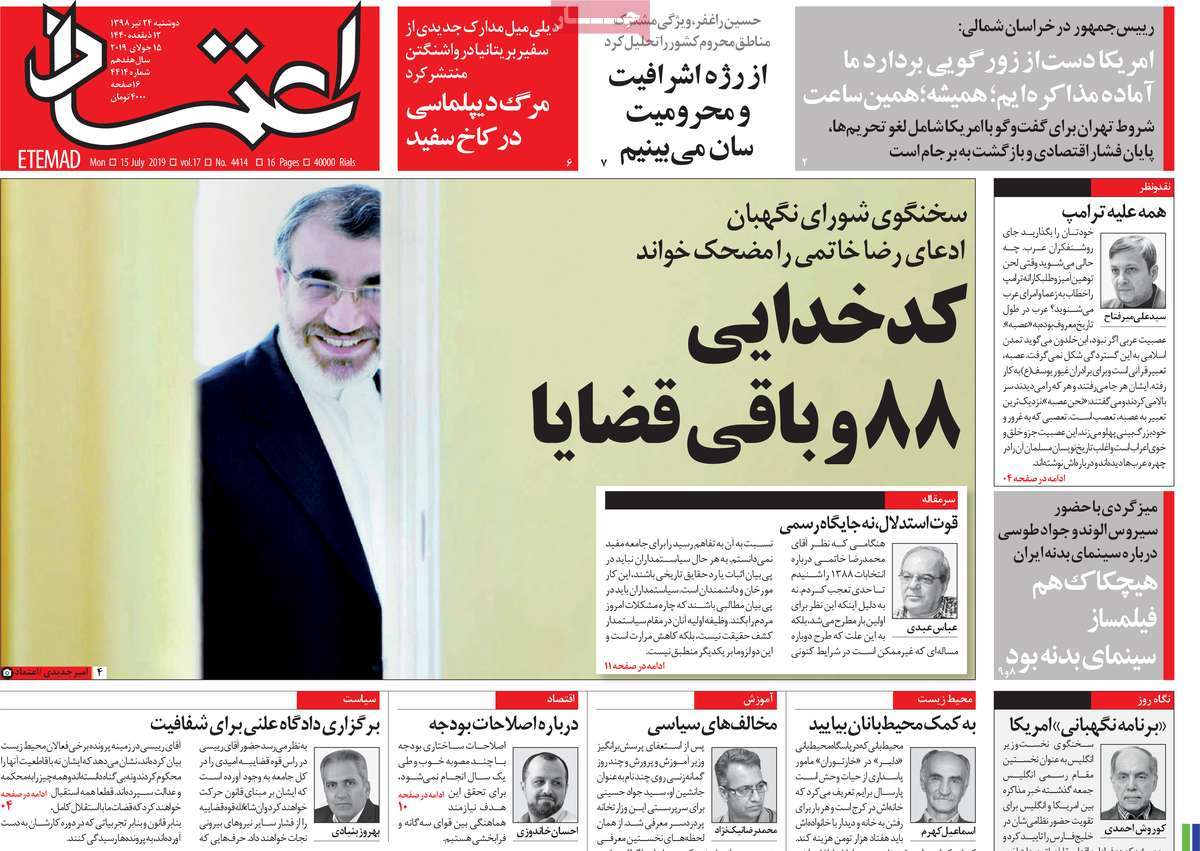 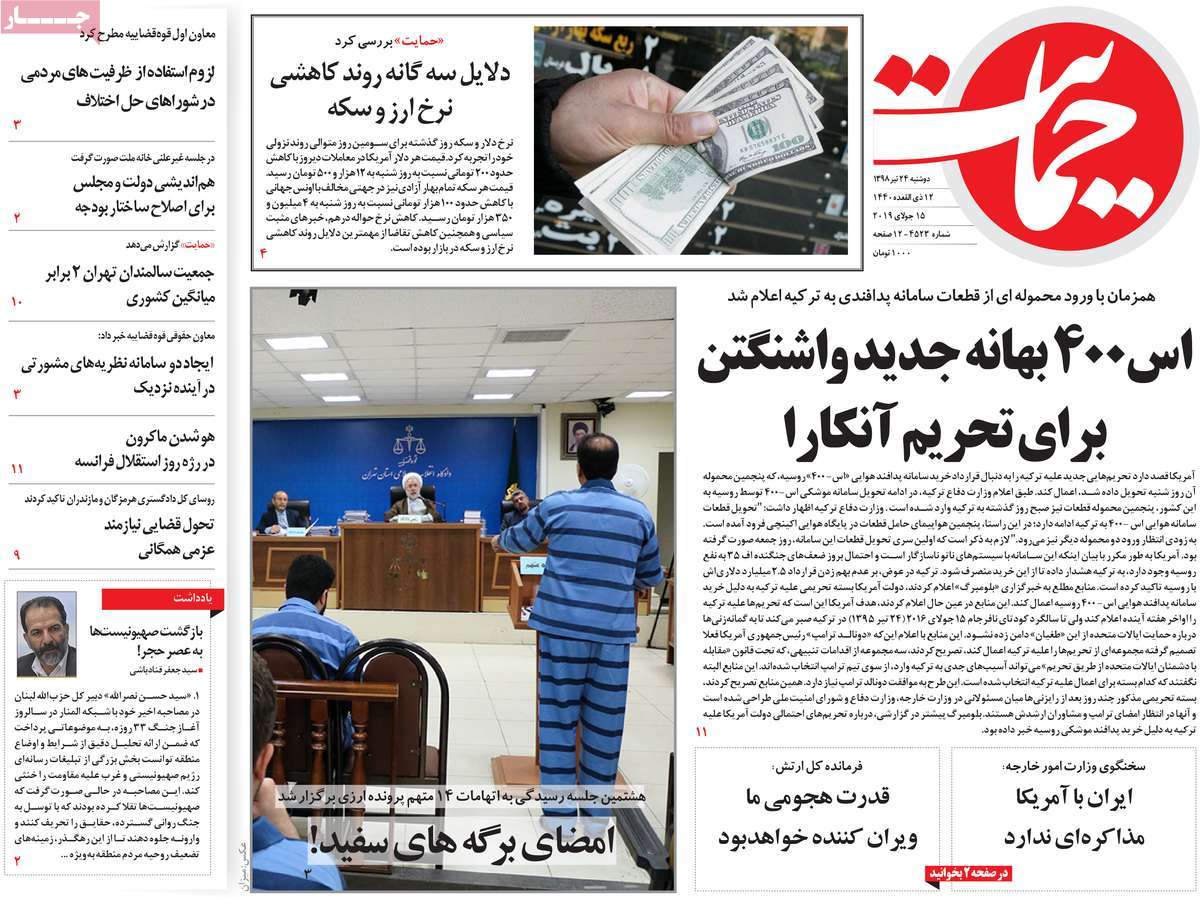 1- Signs of US’ Withdrawal in War of Tankers

2- Decrease in Foreign Debts, Increase in Employment Despite Sanctions 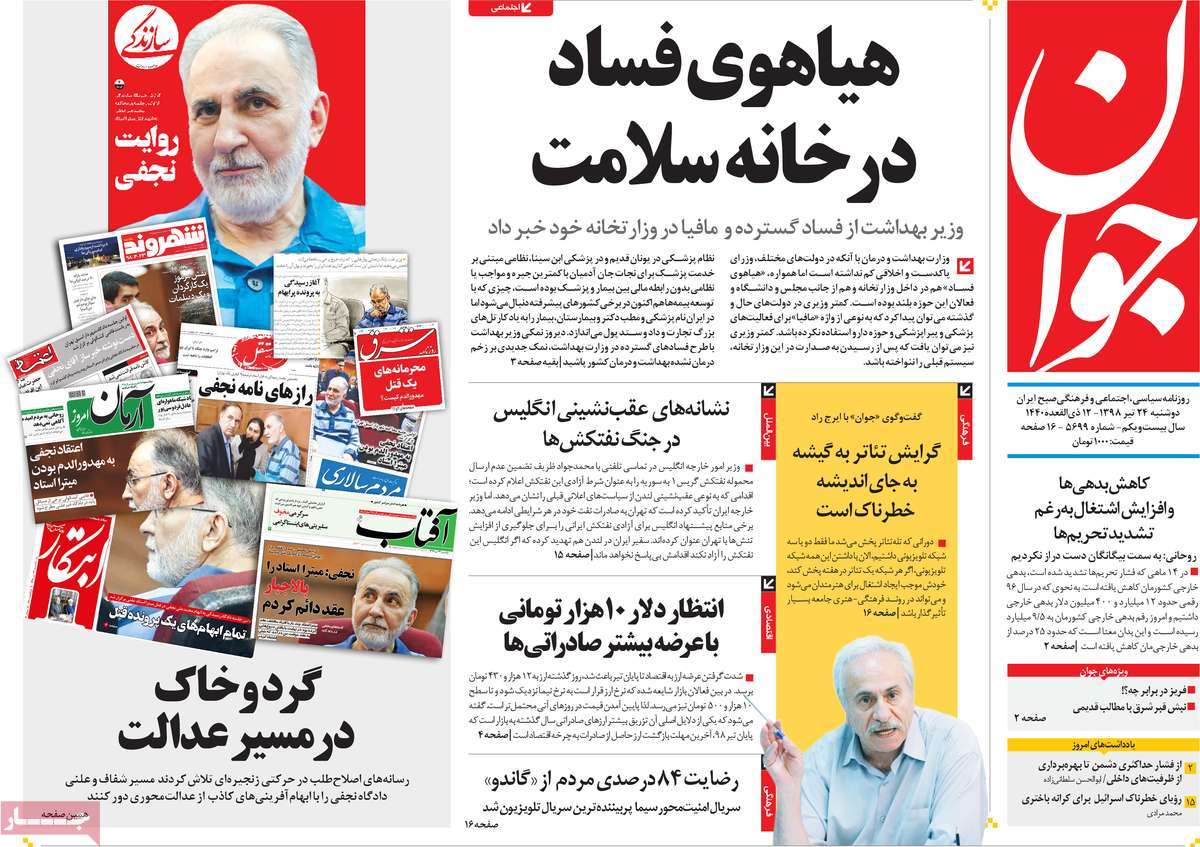 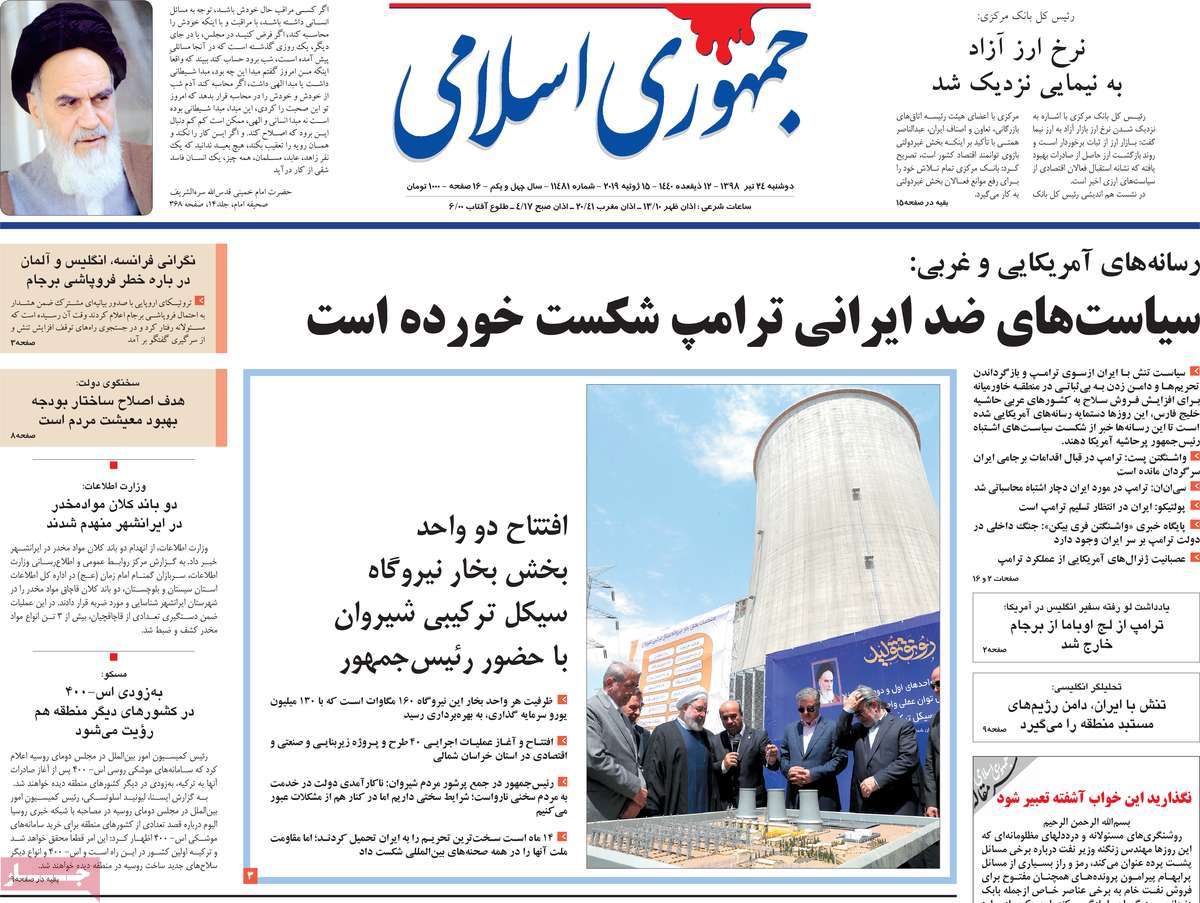 1- Top Palestinian Negotiator: US’ Logic Is Not Negotiation, but Dictation 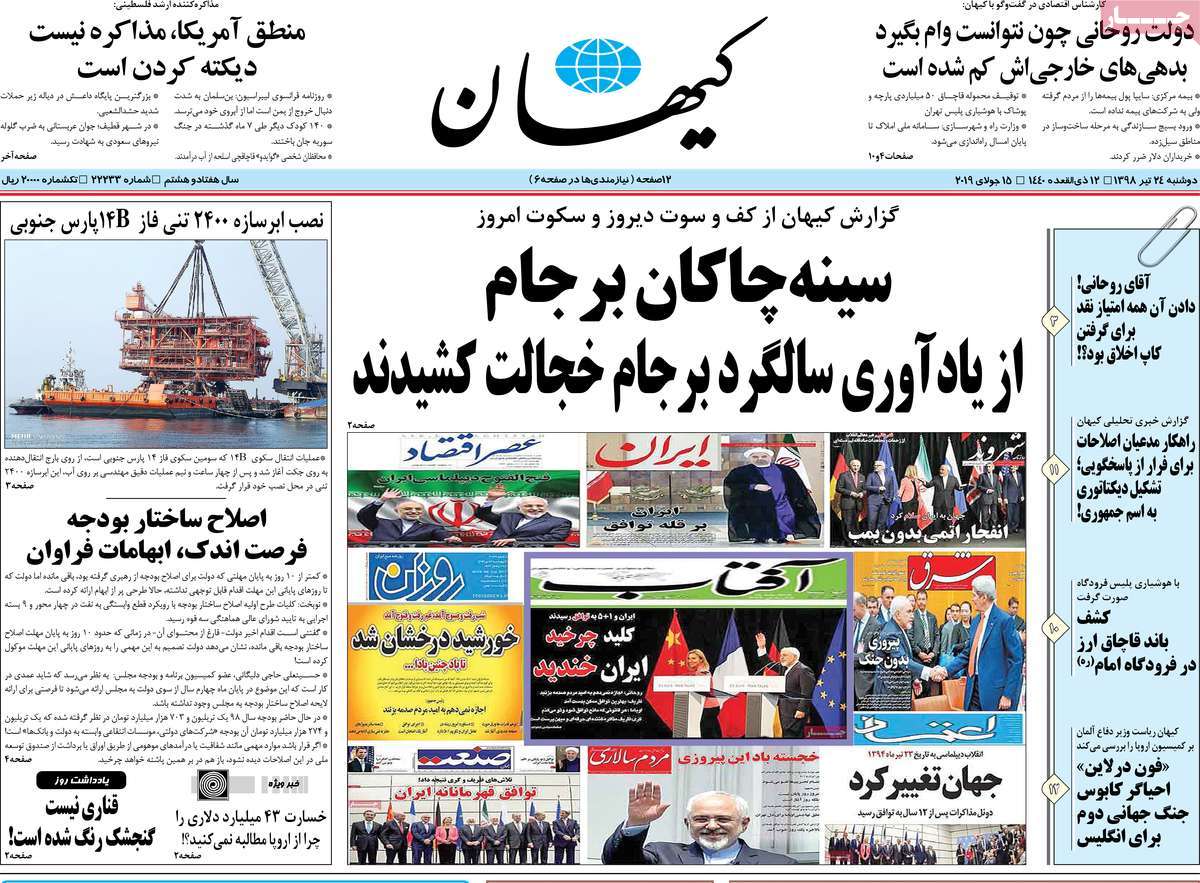 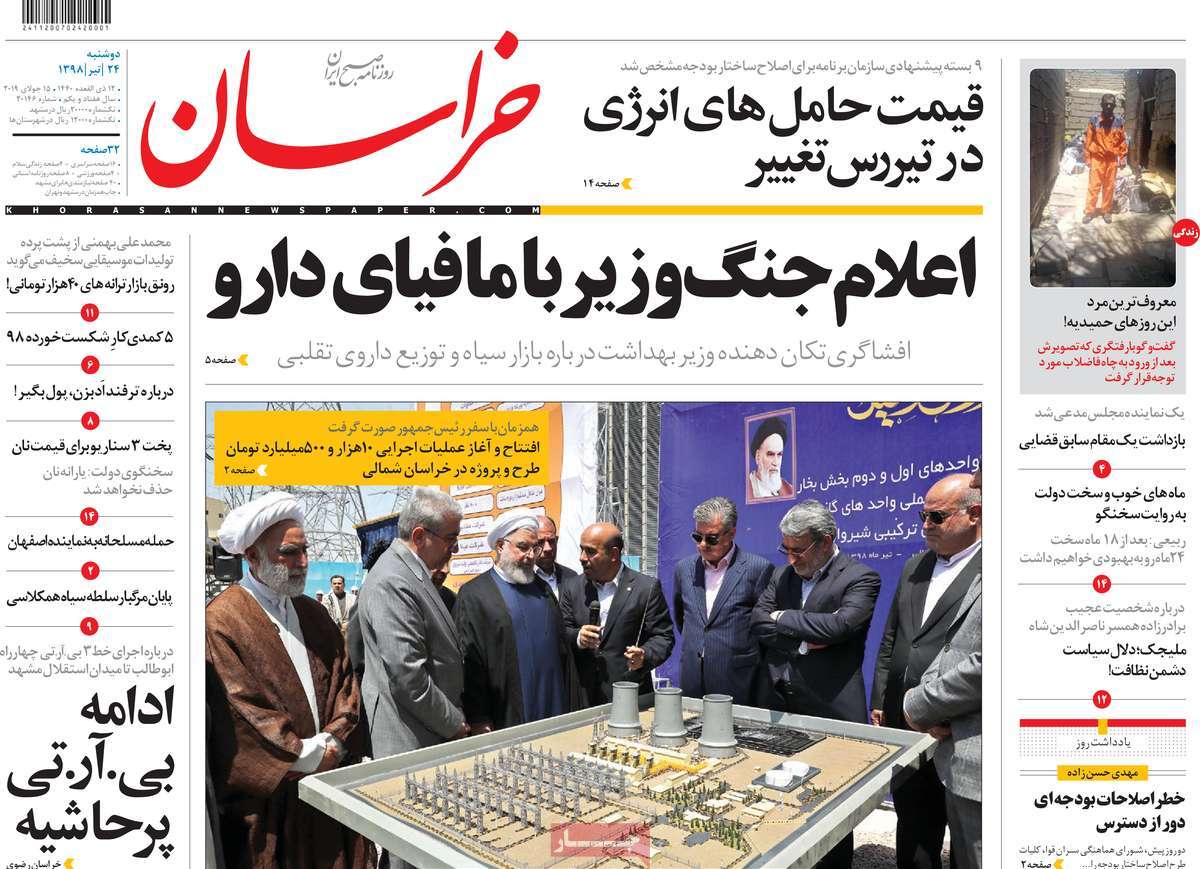 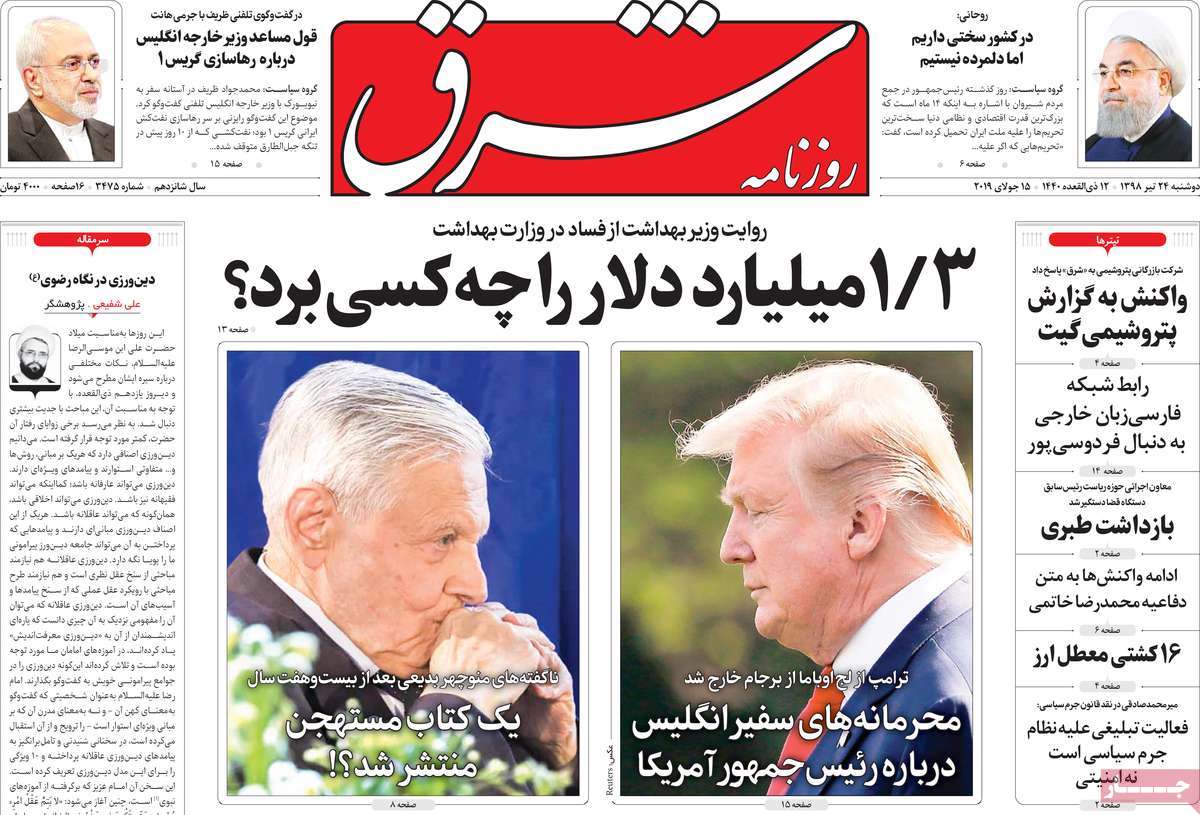