IFP has taken a look at the front pages of Iranian newspapers on Sunday, April 7, 2019, and picked headlines from 16 of them. IFP has simply translated the headlines and does not vouch for their accuracy.

The top story in Iranian papers today was the visit of Iraqi Prime Minister Adel Abdul Mahdi to Tehran, where he held talks with Iranian President Hassan Rouhani and the Leader of Islamic Revolution Ayatollah Seyyed Ali Khamenei.

All papers today continued to cover the consequences of the devastating floods that hit various Iranian cities and provinces, especially Golestan, Lorestan, and Khuzestan provinces as well as the city of Shiraz, which claimed dozens of lives and displaced thousands. 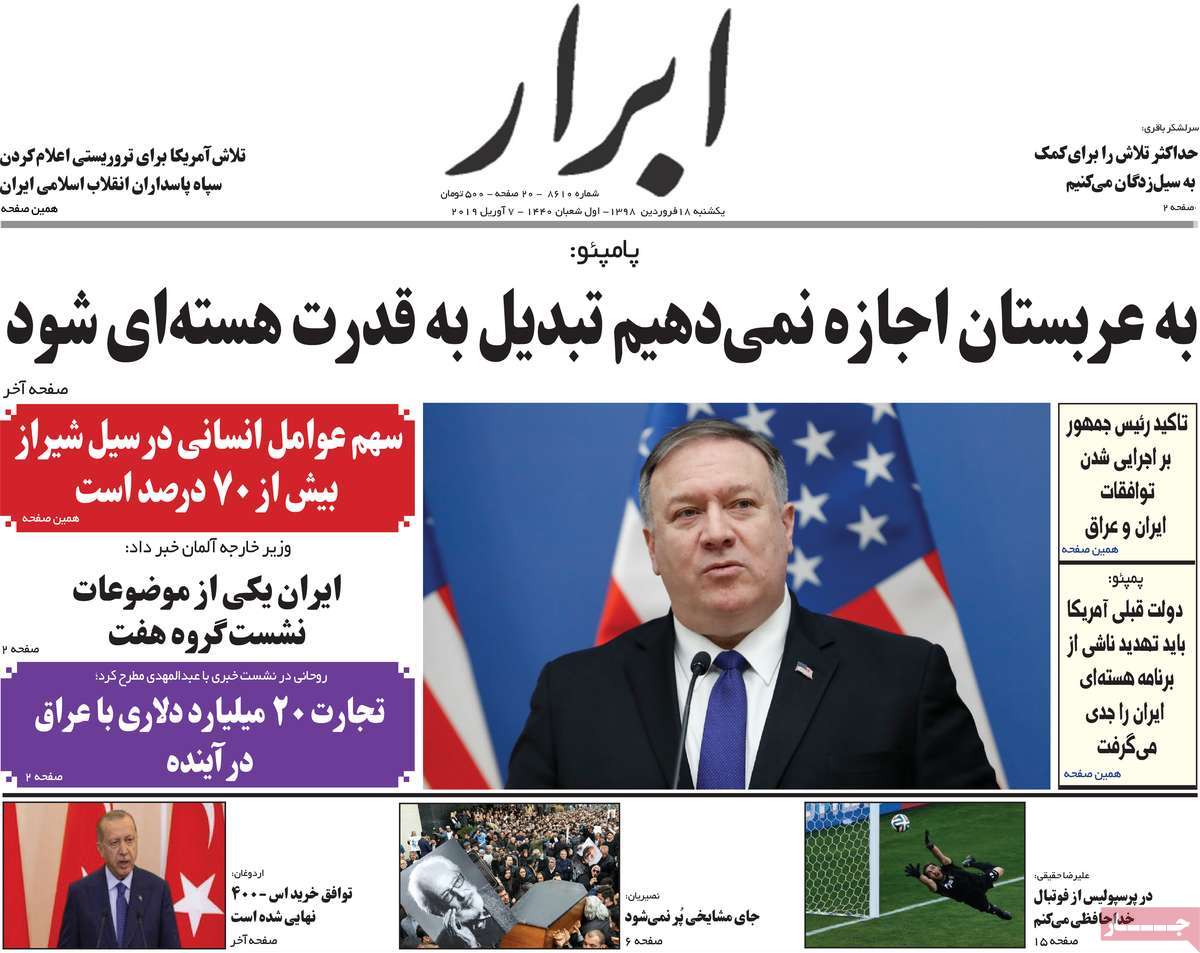 2- These Smart Iraqis: Baghdad Seems to Be Smartly Taking Advantage of Iran-Saudi Rivalry 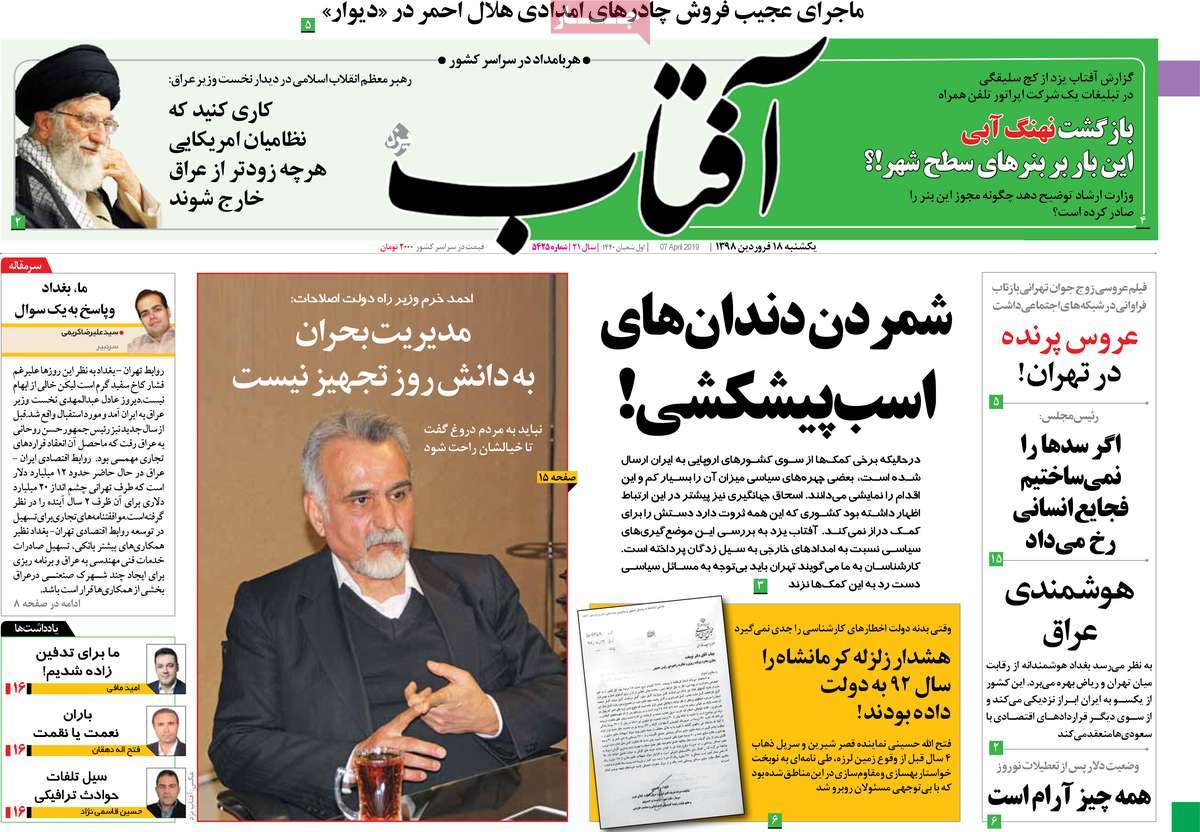 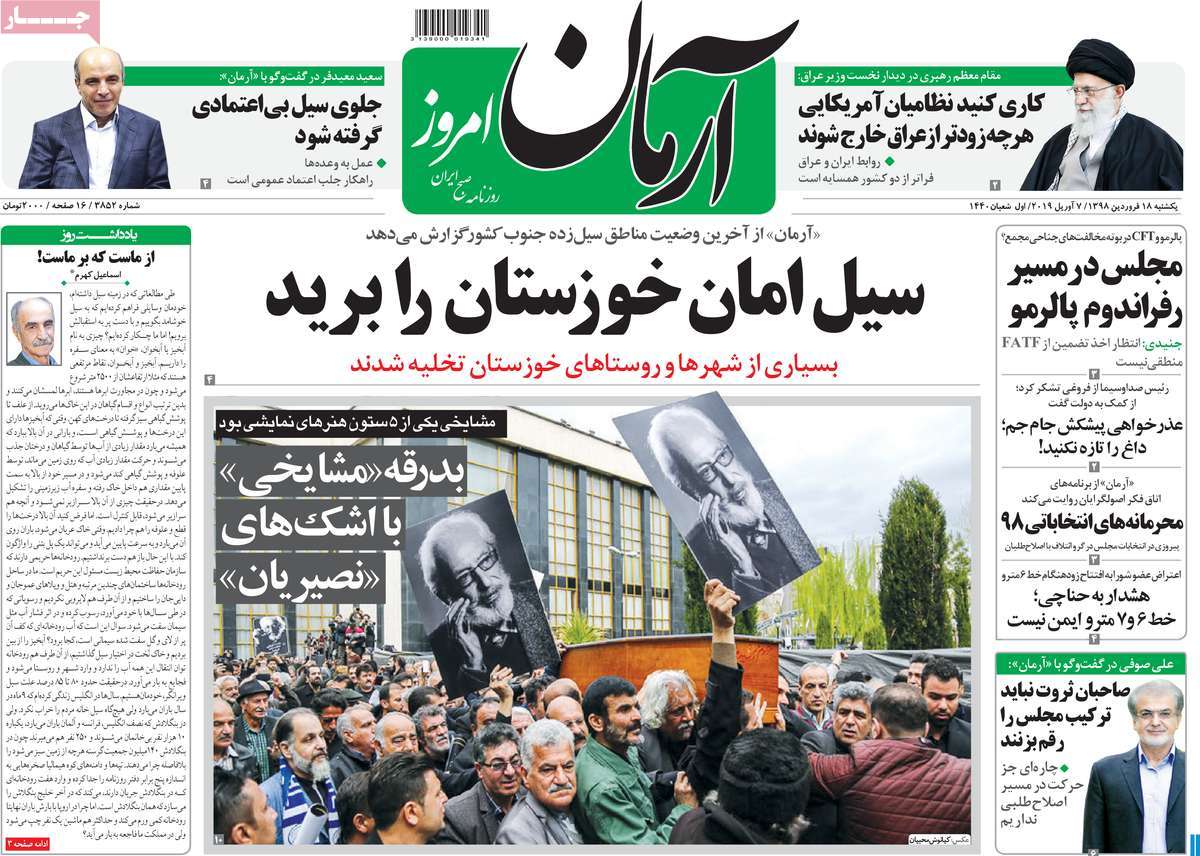 1- Difficult Year Ahead of Rouhani’s Government

2- Ups and Downs in Tehran-Baghdad Relations 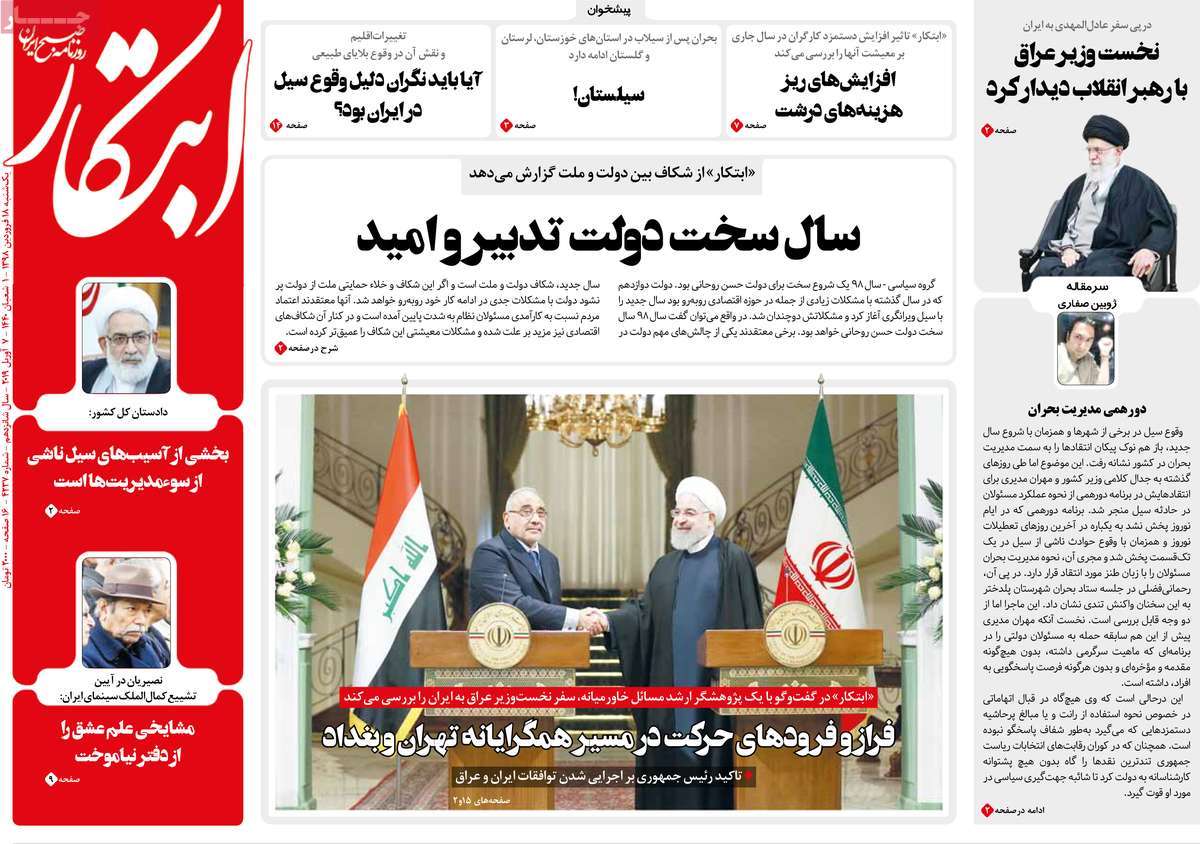 1- Iranian Nation, Gov’t Considers Iraq’s Progress in Line with Its Own Interests: Leader

2- Playing with Fire: US to Designate IRGC as Terror Group 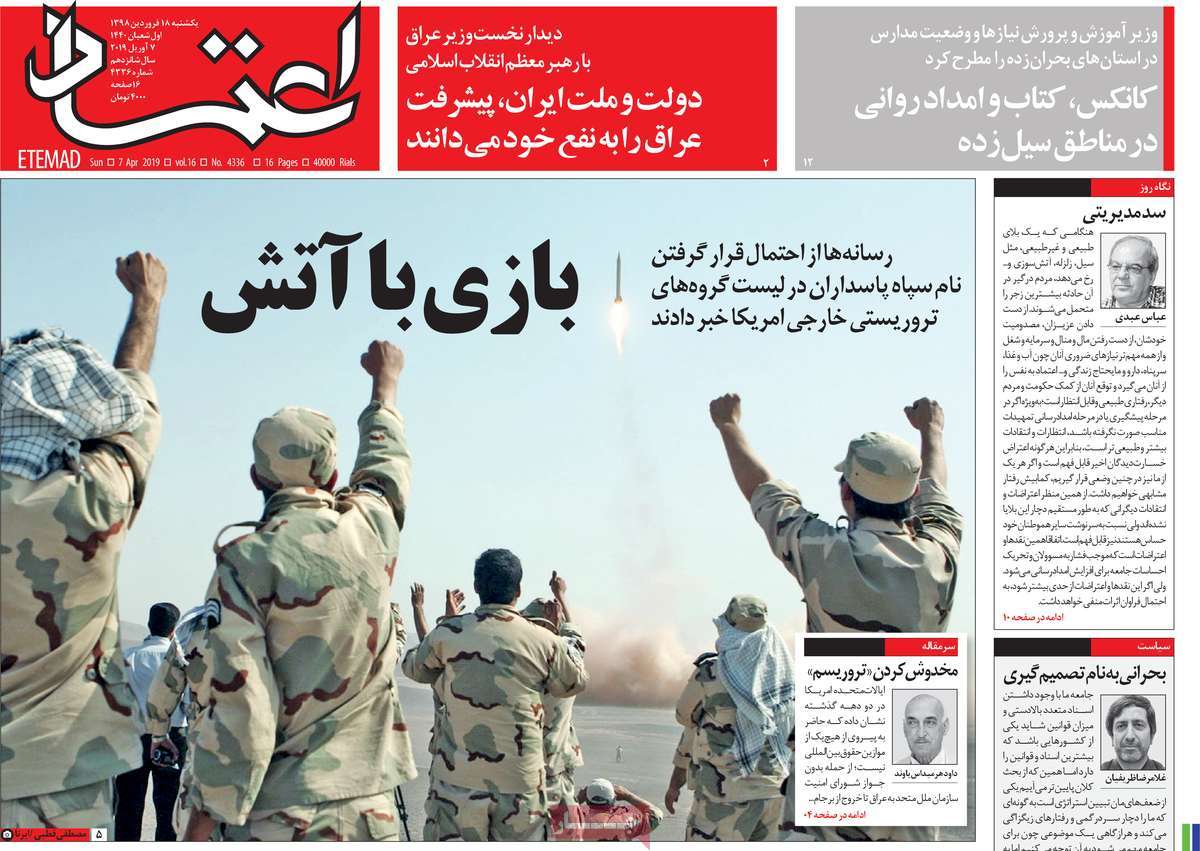 1- Rouhani: Iran-Iraq Ties to Interest of Both Countries, Region 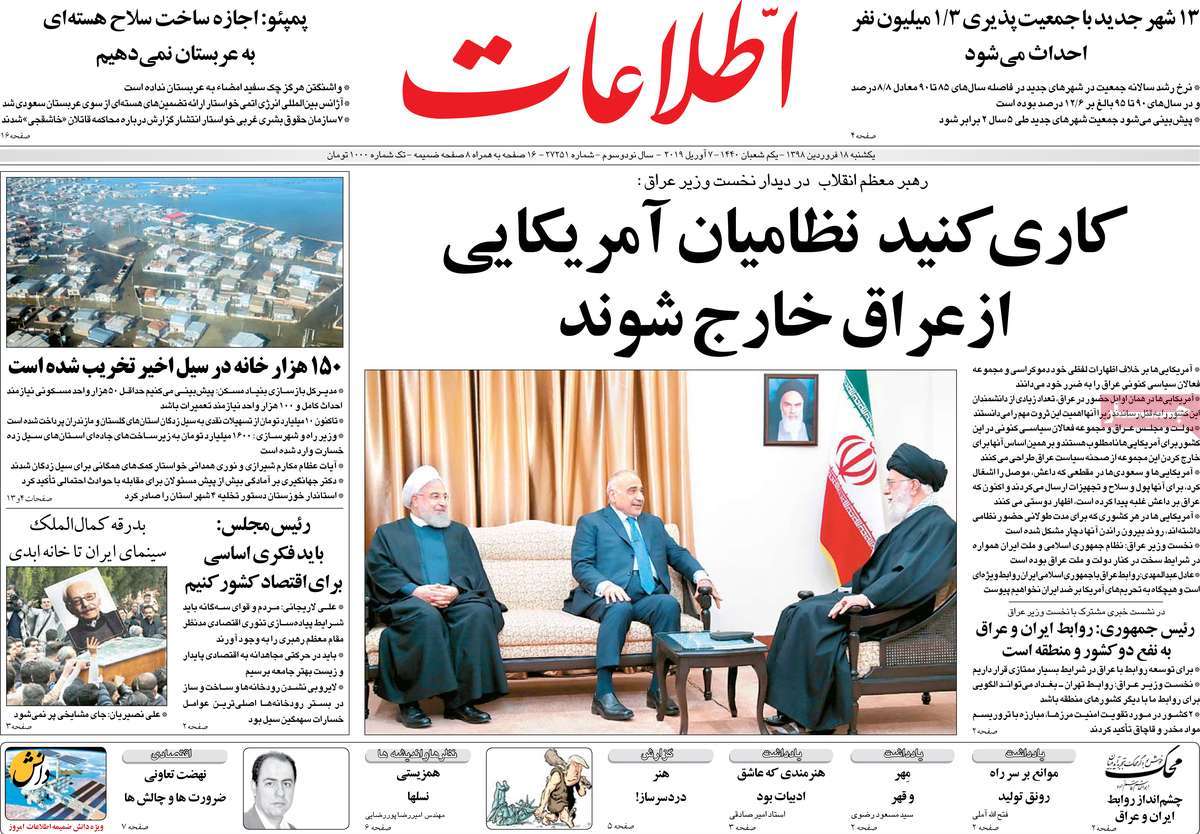 2- Social Media Minus Google Plus 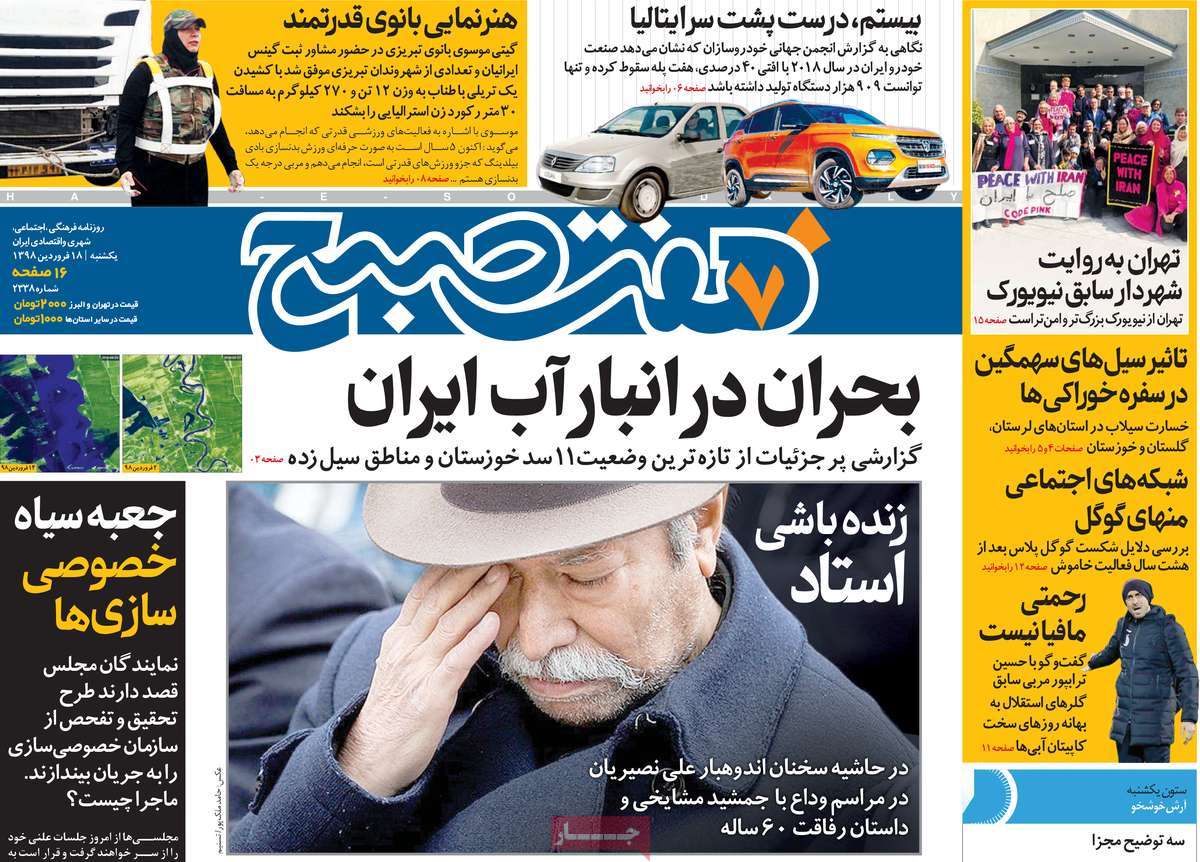 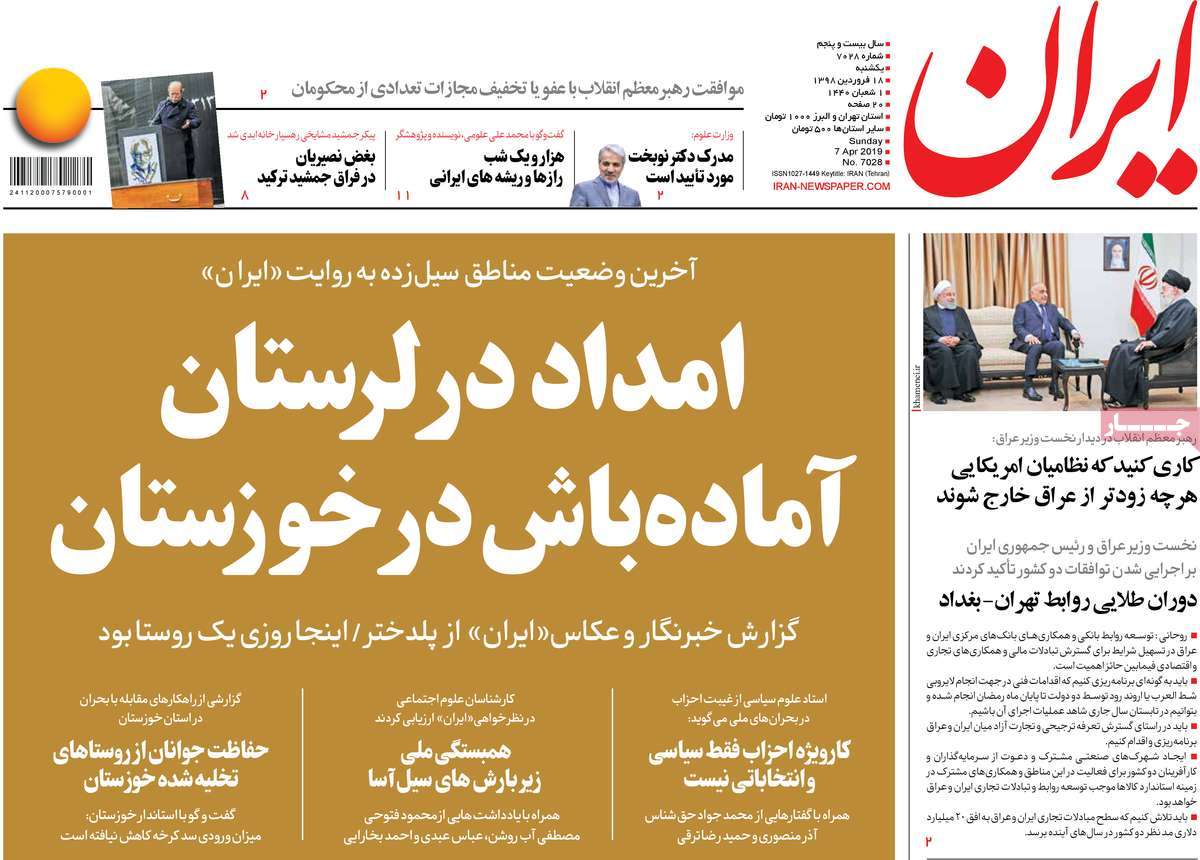 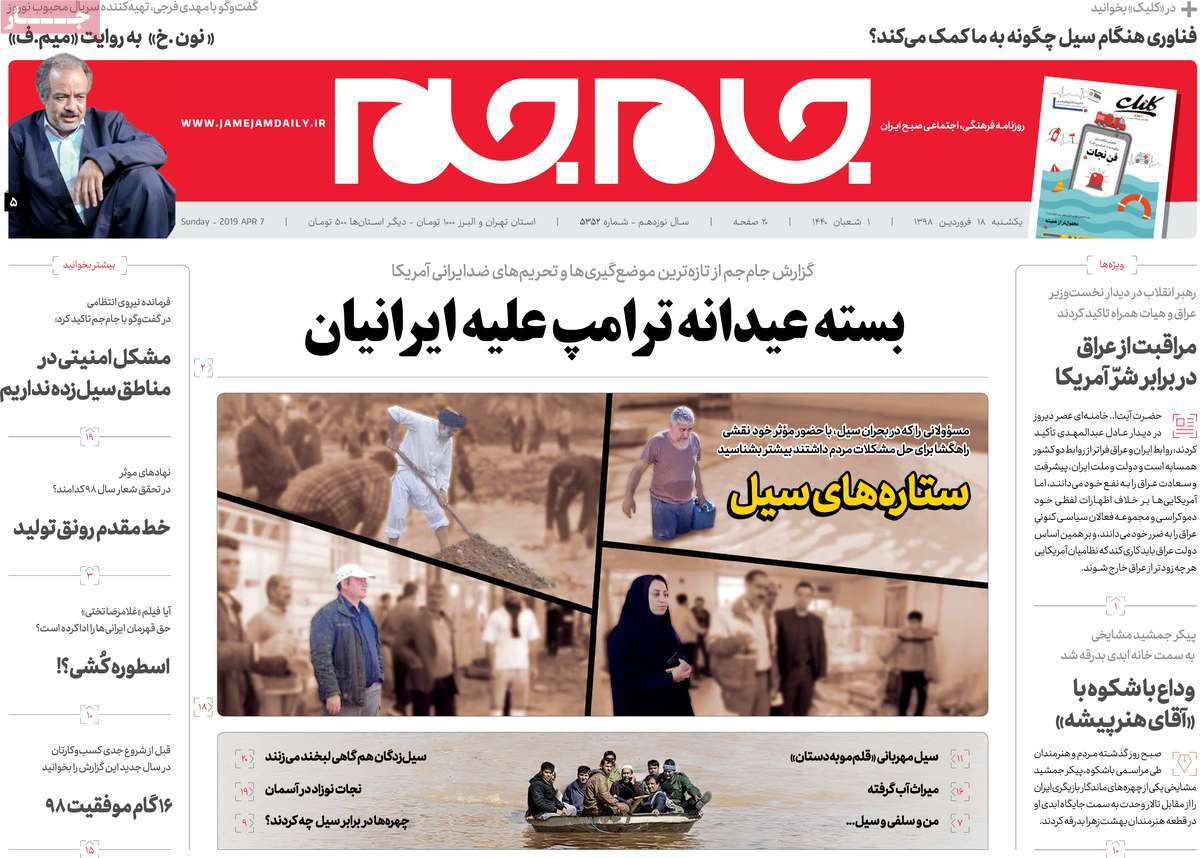 1- Iran Leader: US Must Leave Iraq as Soon as Possible

4- US’ Stupid Move against Most Popular Army of the World 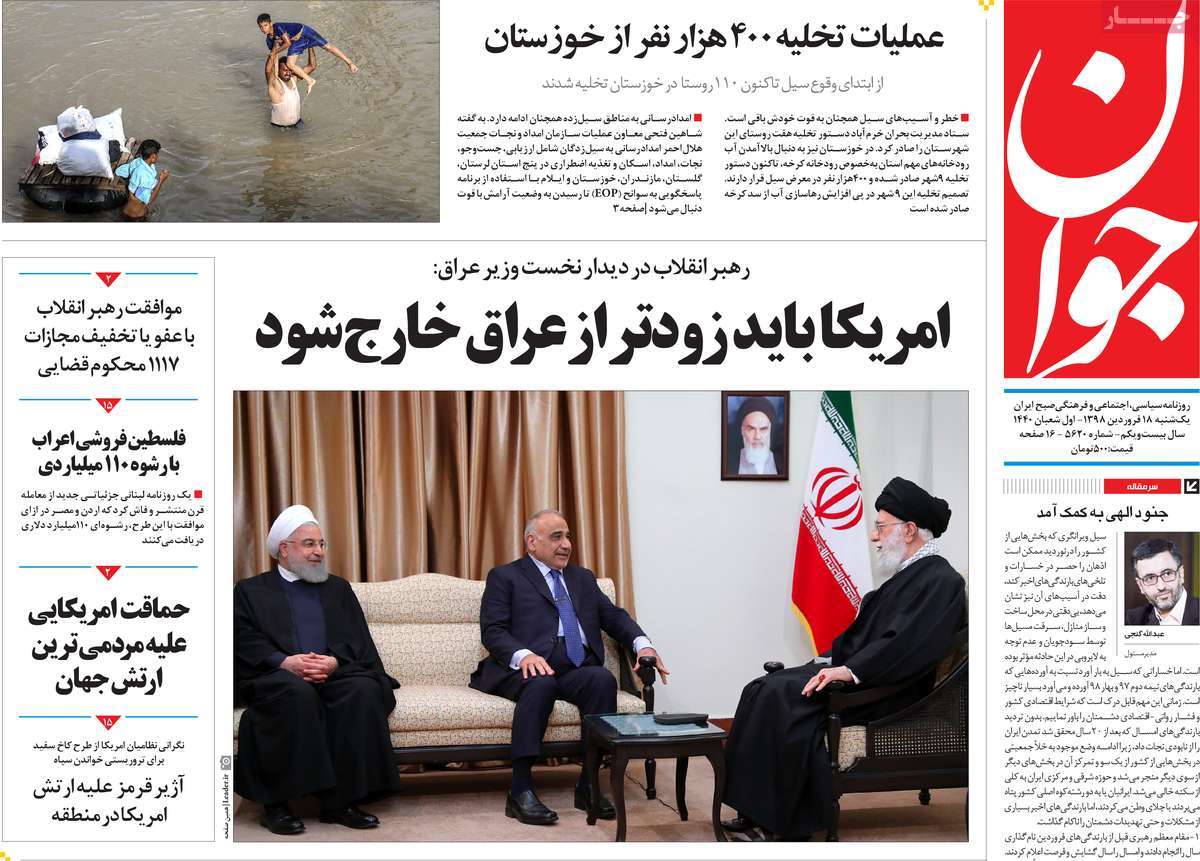 2- Rouhani: We’re at Extraordinary Conditions for Development of Ties with Iraq 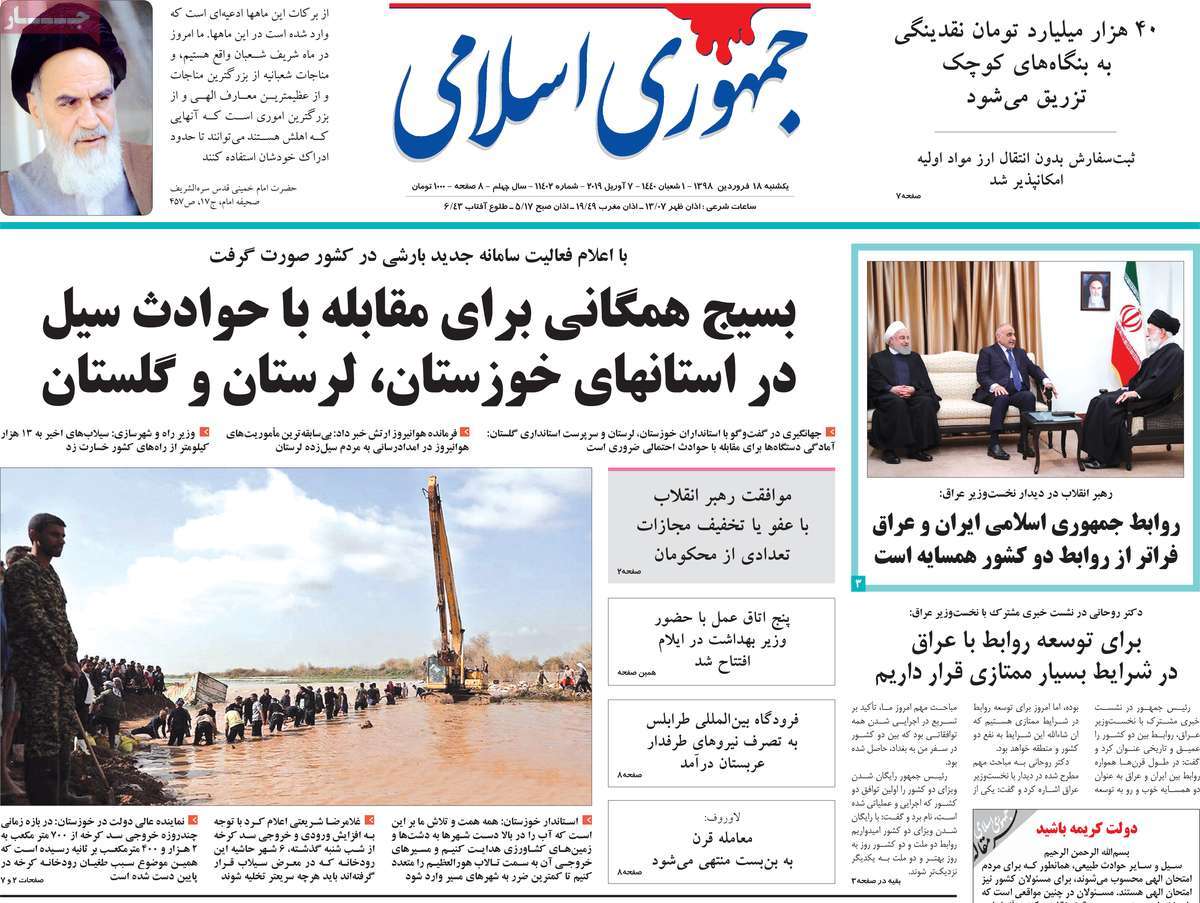 2- US Presidential Candidate: We Have Many Problems; 3 Individuals Richer than Half of US Population 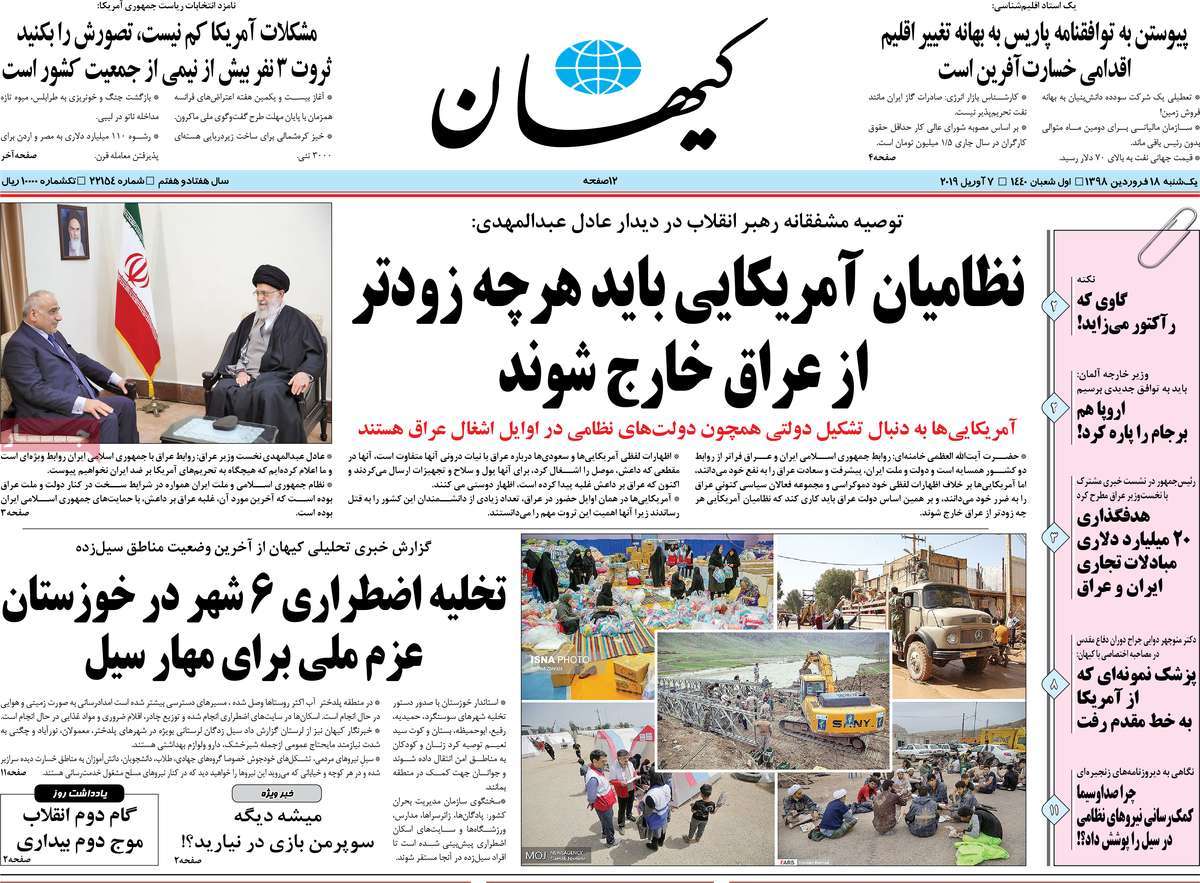 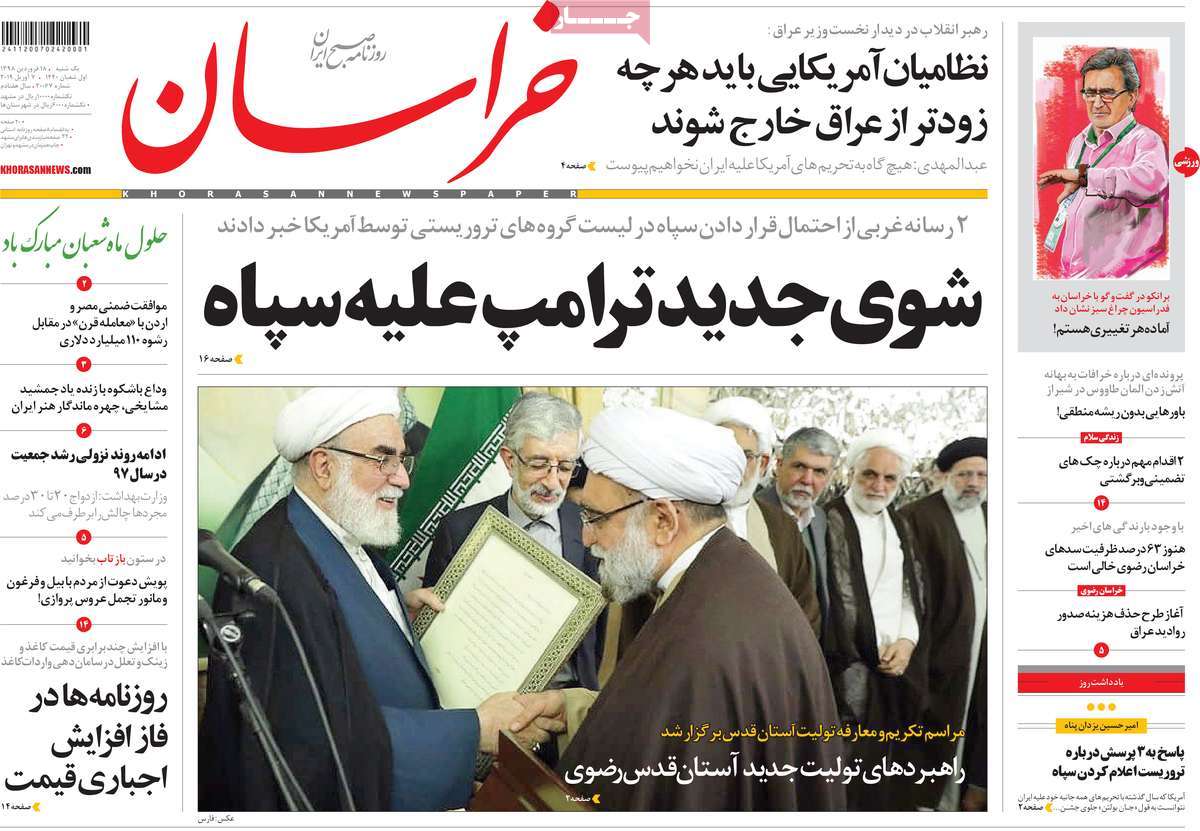 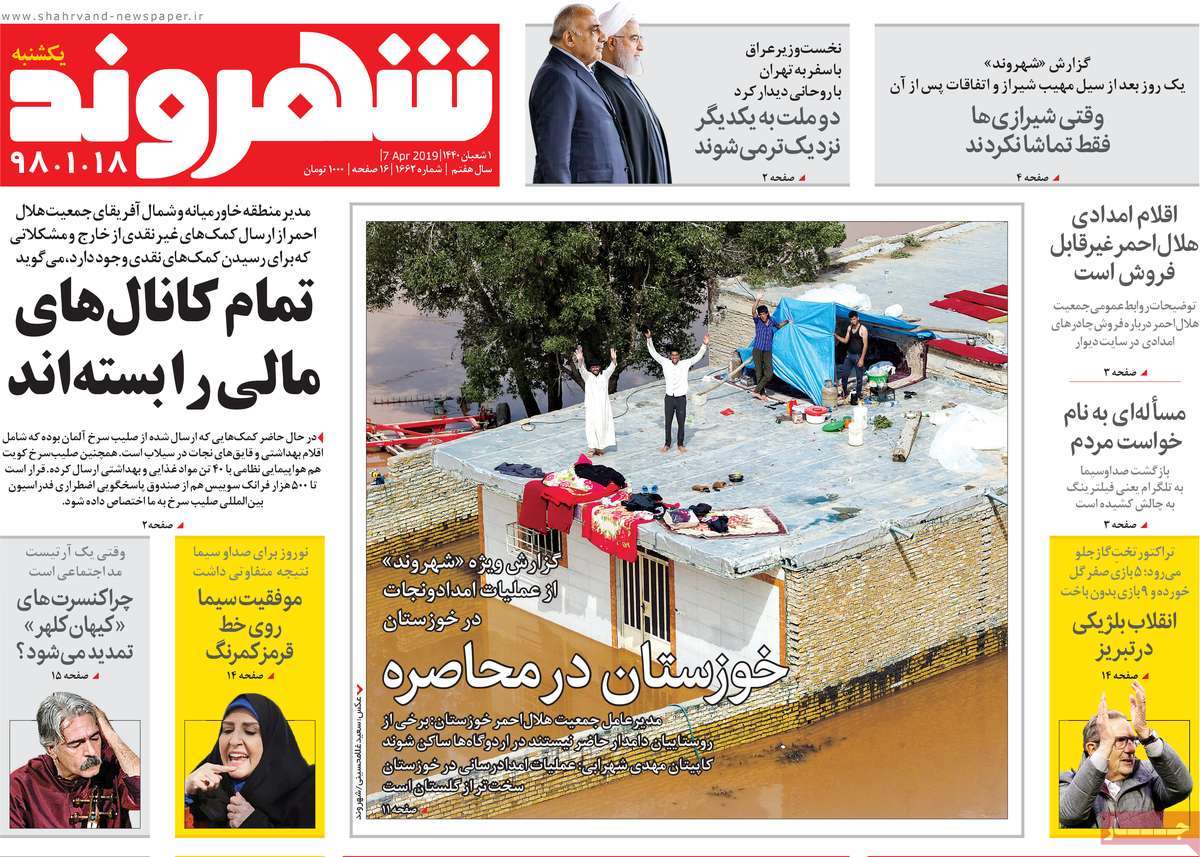 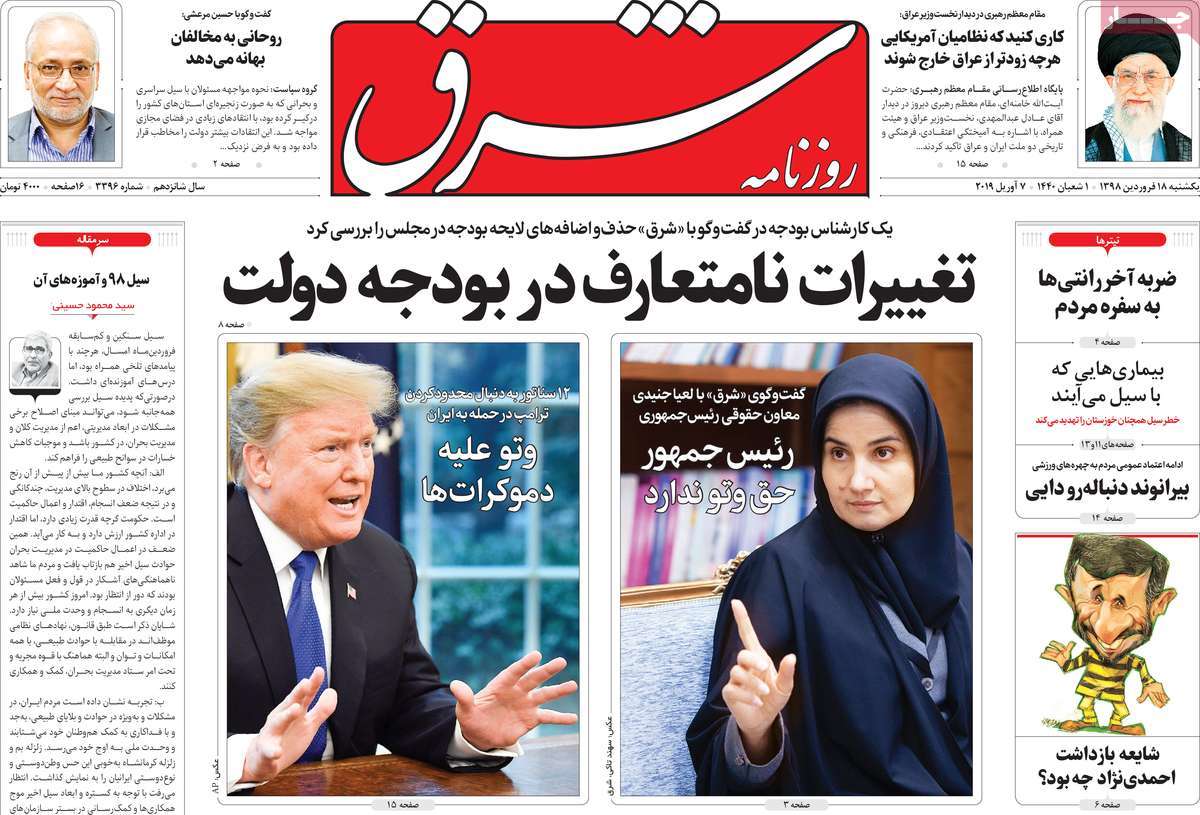 1- Oh God Please Save Iran from Devastation of Flood 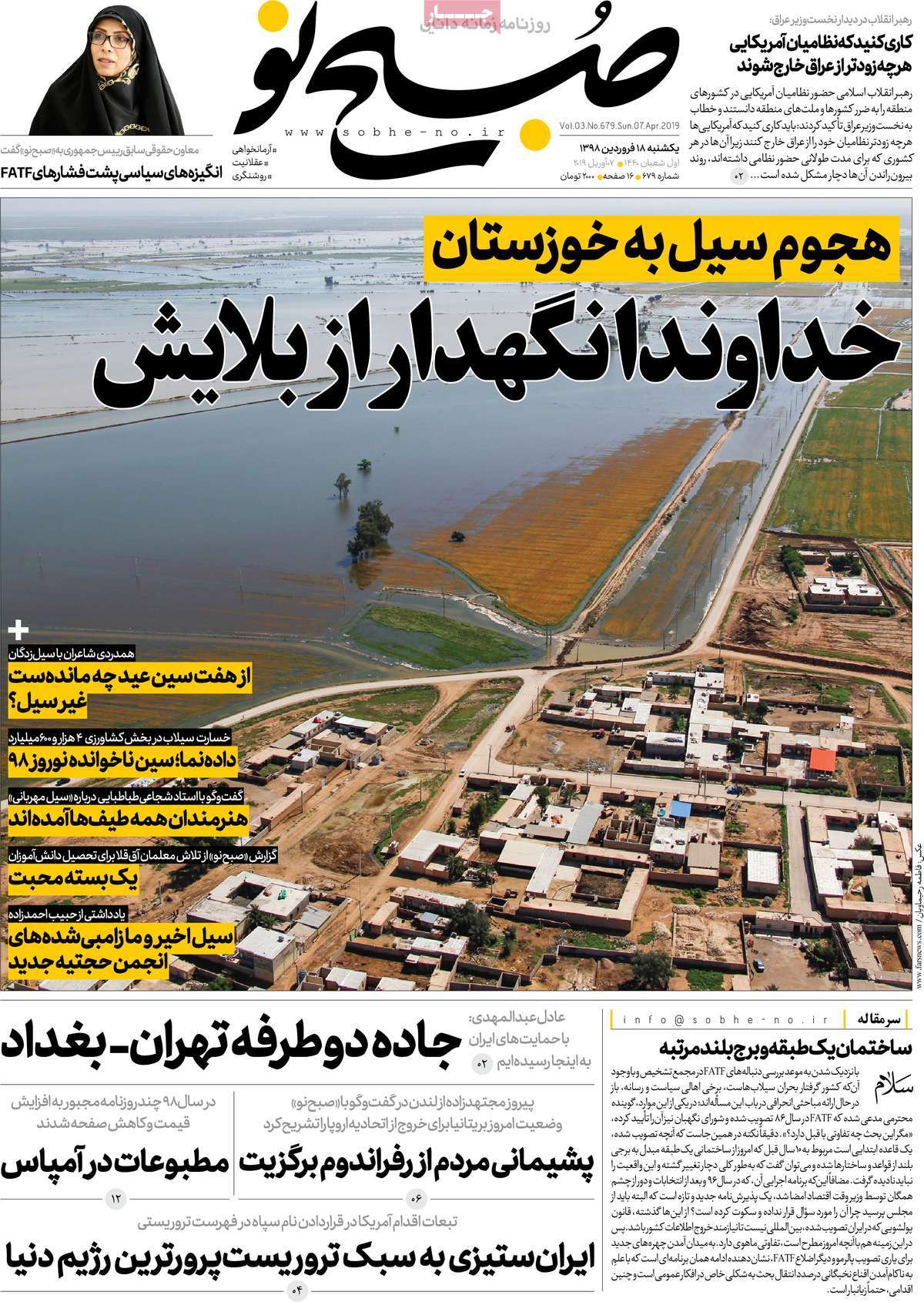