IFP has taken a look at the front pages of Iranian newspapers on Tuesday, April 16, 2019, and picked headlines from 12 of them. IFP has simply translated the headlines and does not vouch for their accuracy.

A top story today was a letter by the Leader of the Islamic Revolution, Ayatollah Seyyed Ali Khamenei, to President Hassan Rouhani, in which the former asked the latter to use the country’s state budget to compensate for the damages of the recent floods first, and then if it was not enough, the government will be allowed to withdraw money from the National Development Fund, as earlier requested by the president.

Several papers also covered the remarks made by former US president Jimmy Carter about the “warlike” nature of the US, which has been at war with the world almost in all years of its history.

3- Zarif: No Limit on Iran’s Enrichment 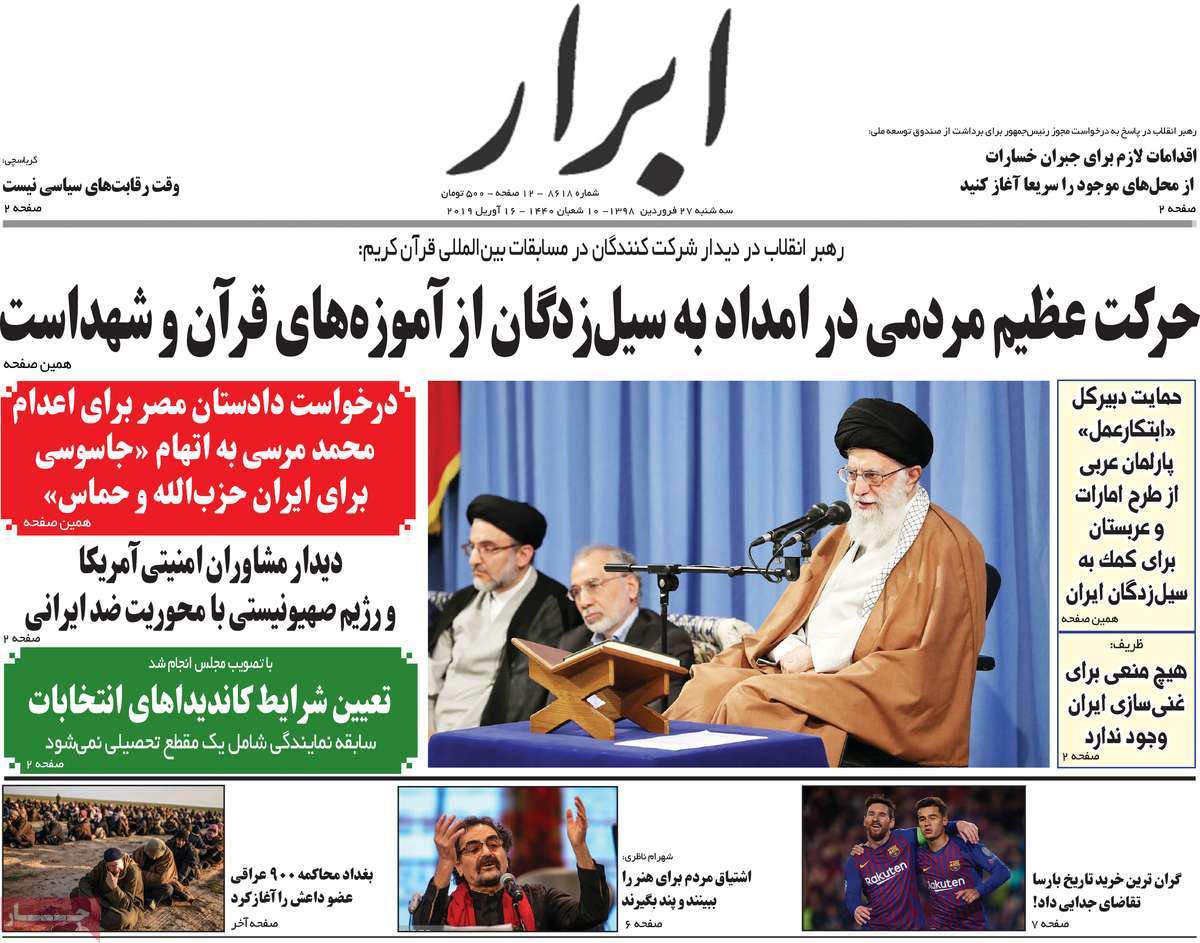 1- Iran Leader to President: Do Whatever Necessary to Compensate for People’s Damages 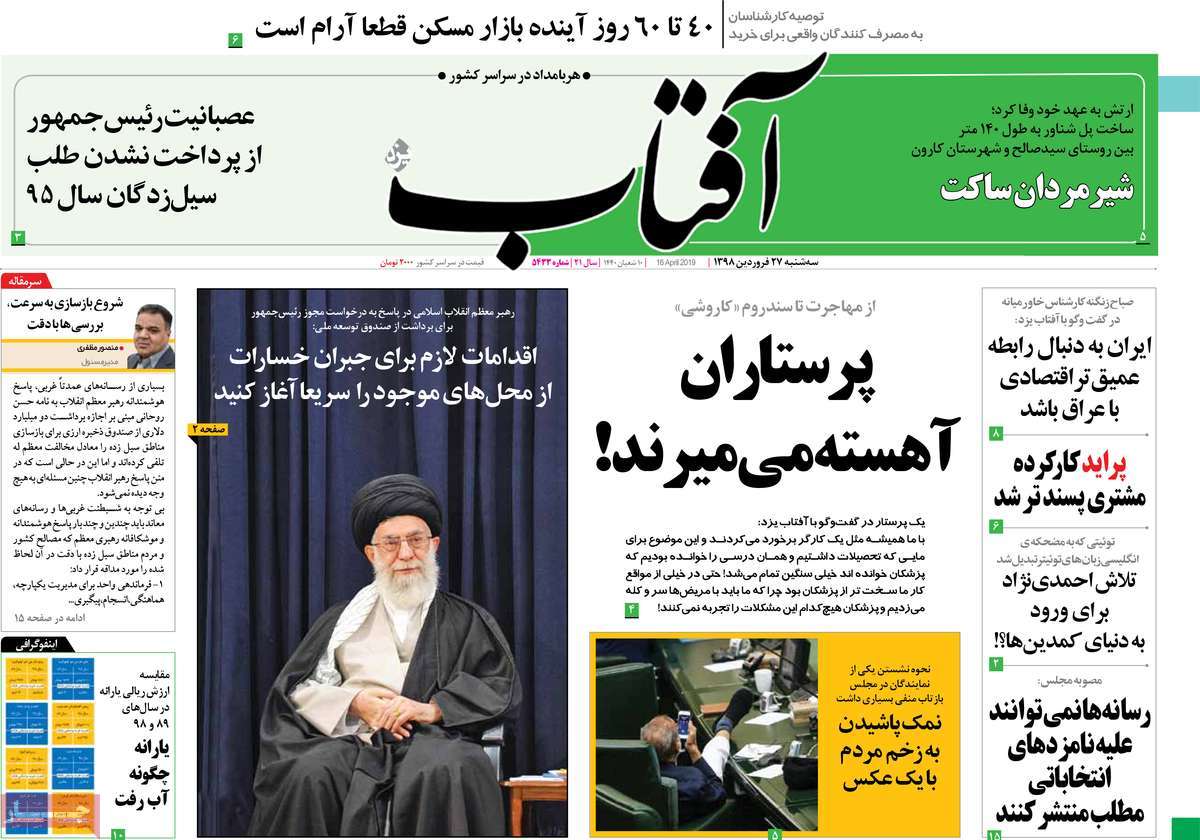 1- Iran Leader: Many of Arab Leaders Servants of Infidels 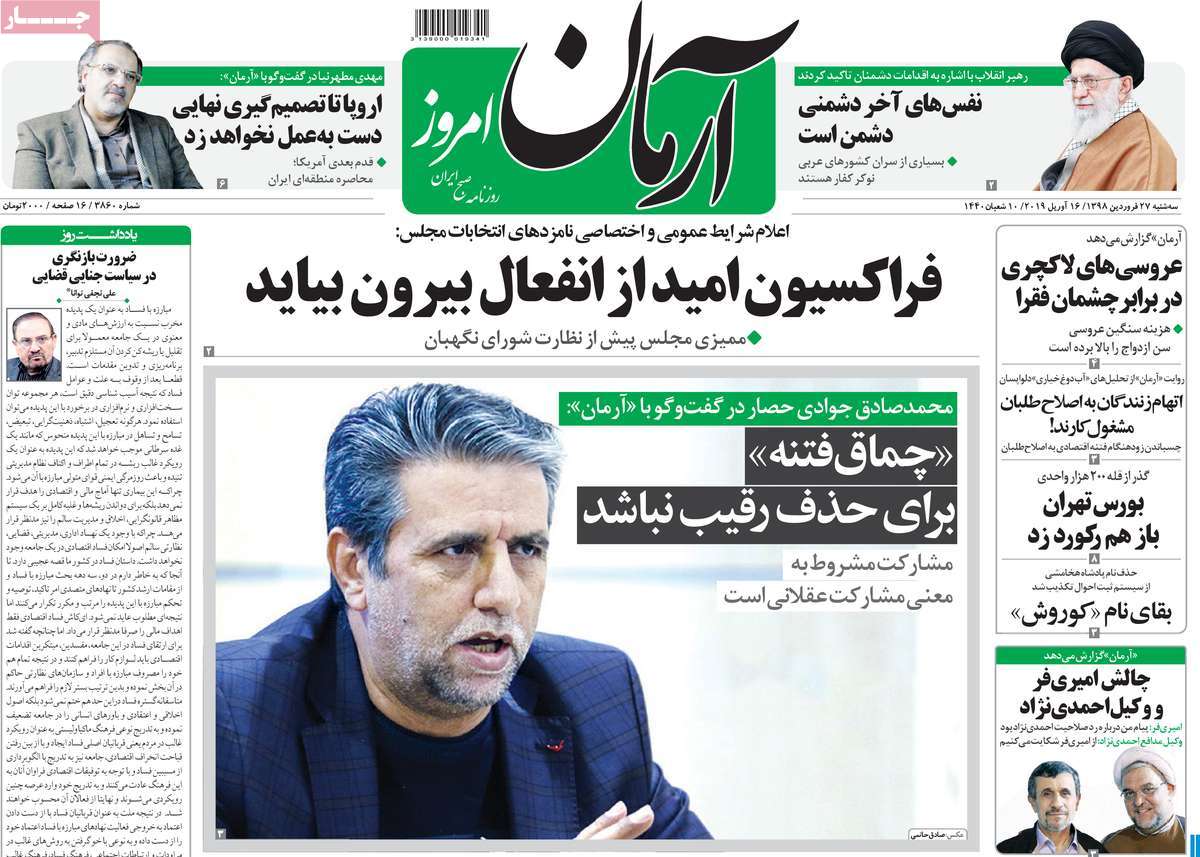 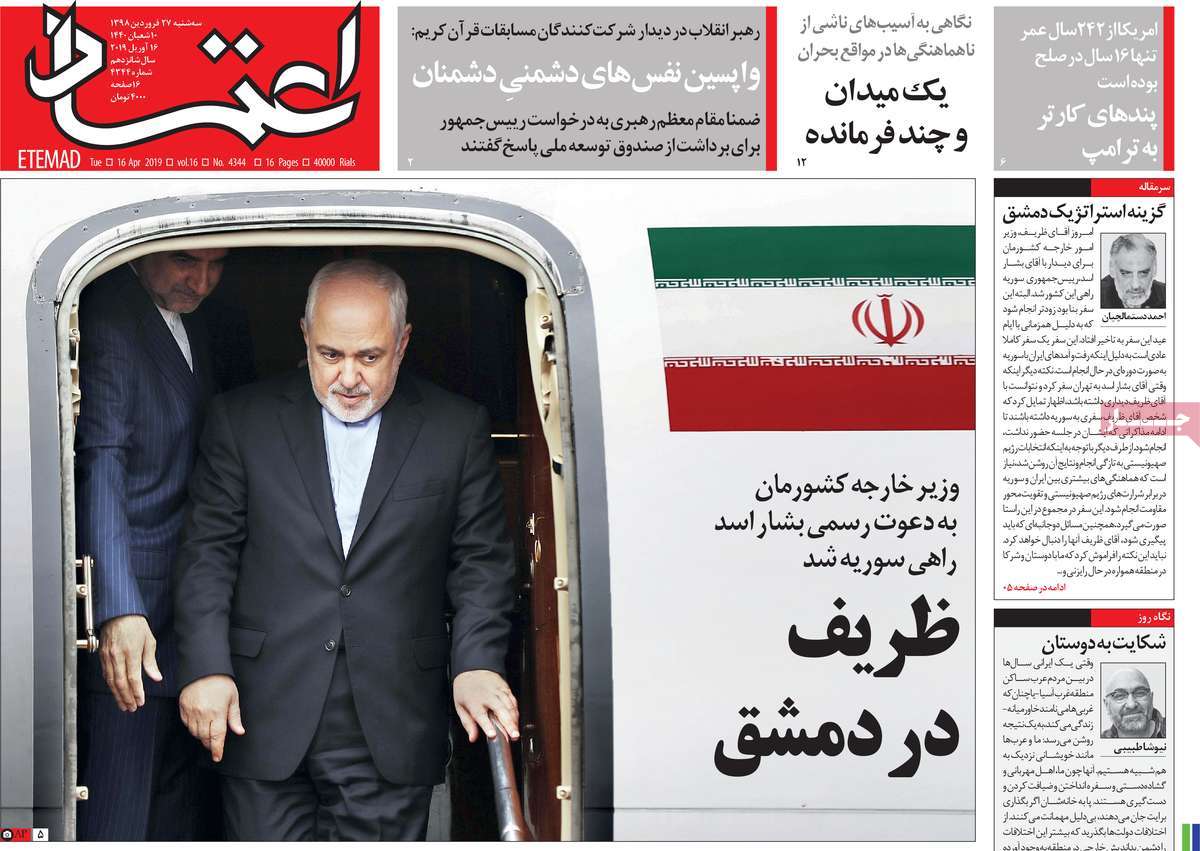 2- Iran First VP: Floods Taught Us We Should Respect Nature 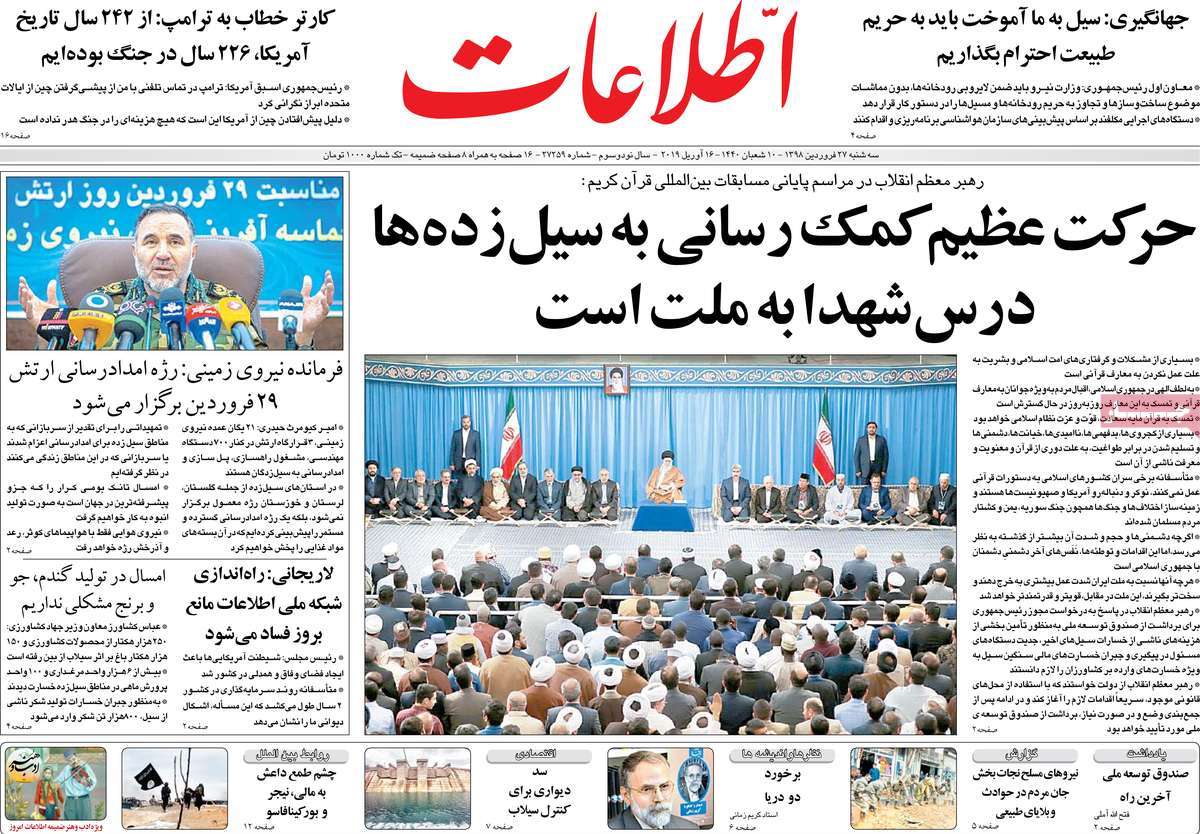 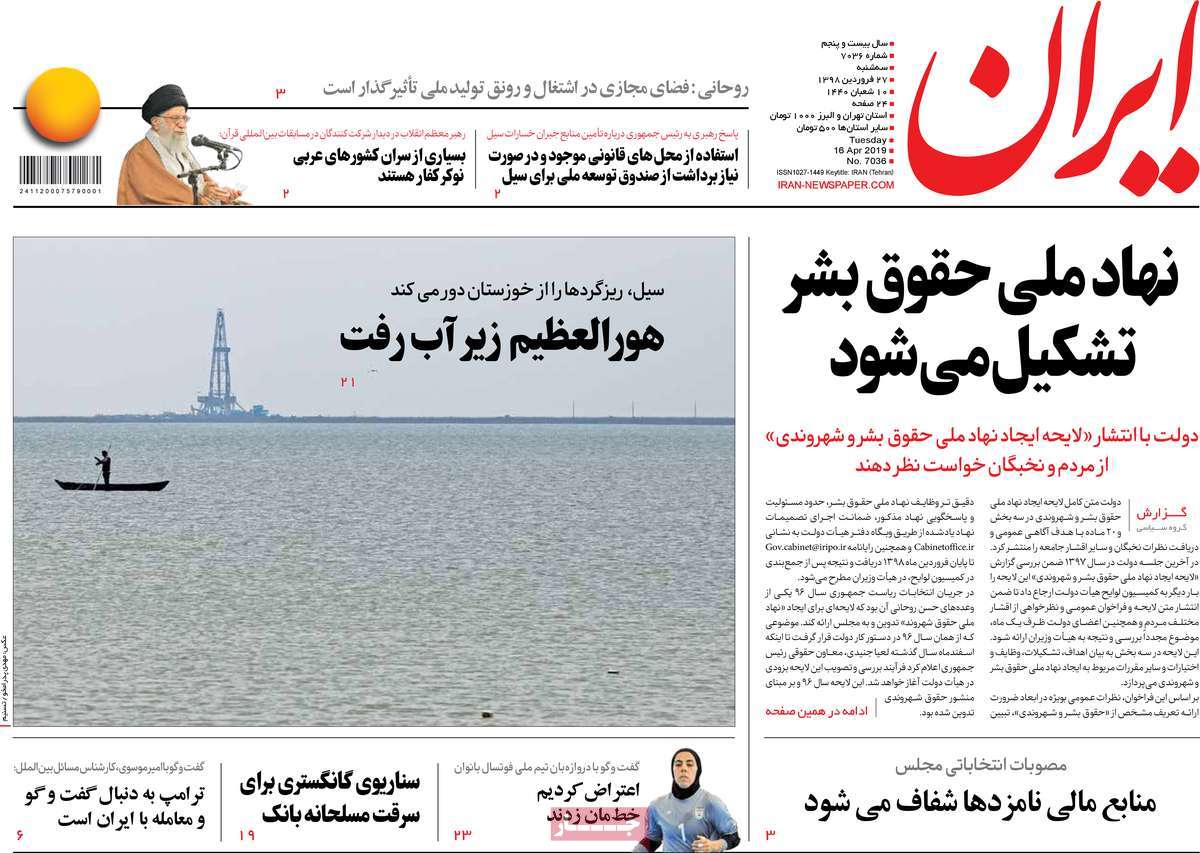 1- China to Overtake US

* Trump Called Me and Said, China Is Overtaking Us; I Said China Has Paid a Penny on War: Carter

2- Energy Minister: We Hadn’t Even Dreamt of Such Heavy Downpours in Iran

3- Iran 15th Country in World in Terms of Science Production 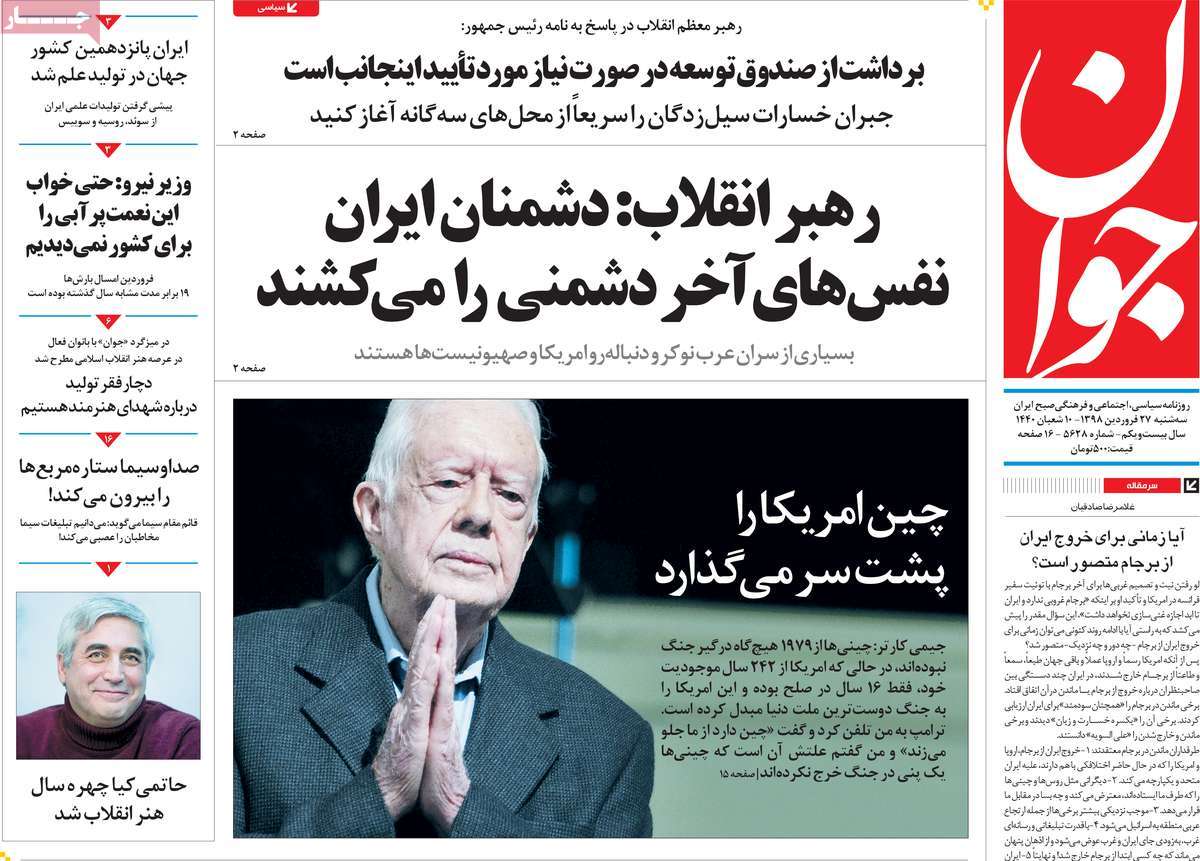 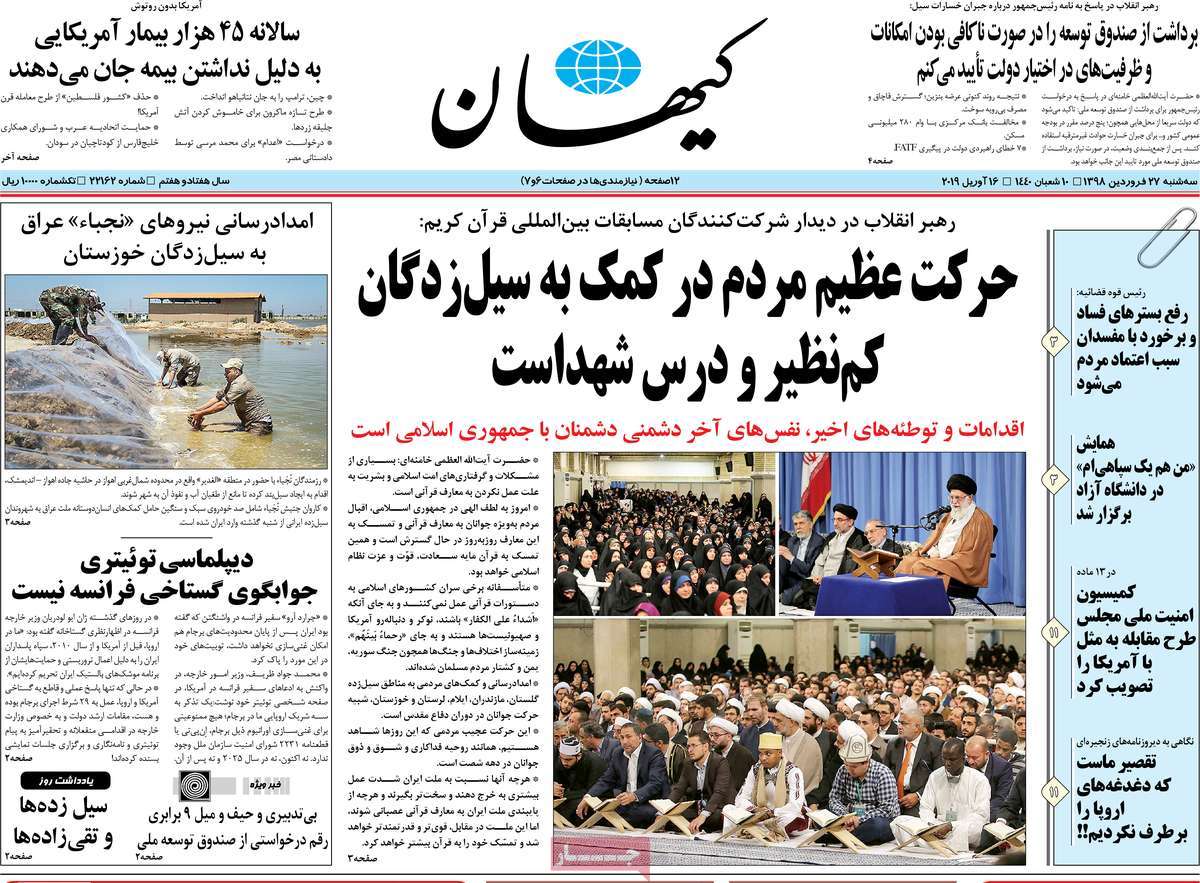 * Trump Loves Night King, Had Compared Return of Iran Sanctions to His Return 1- Tension between US, Turkey over Purchase of Missile Defence System 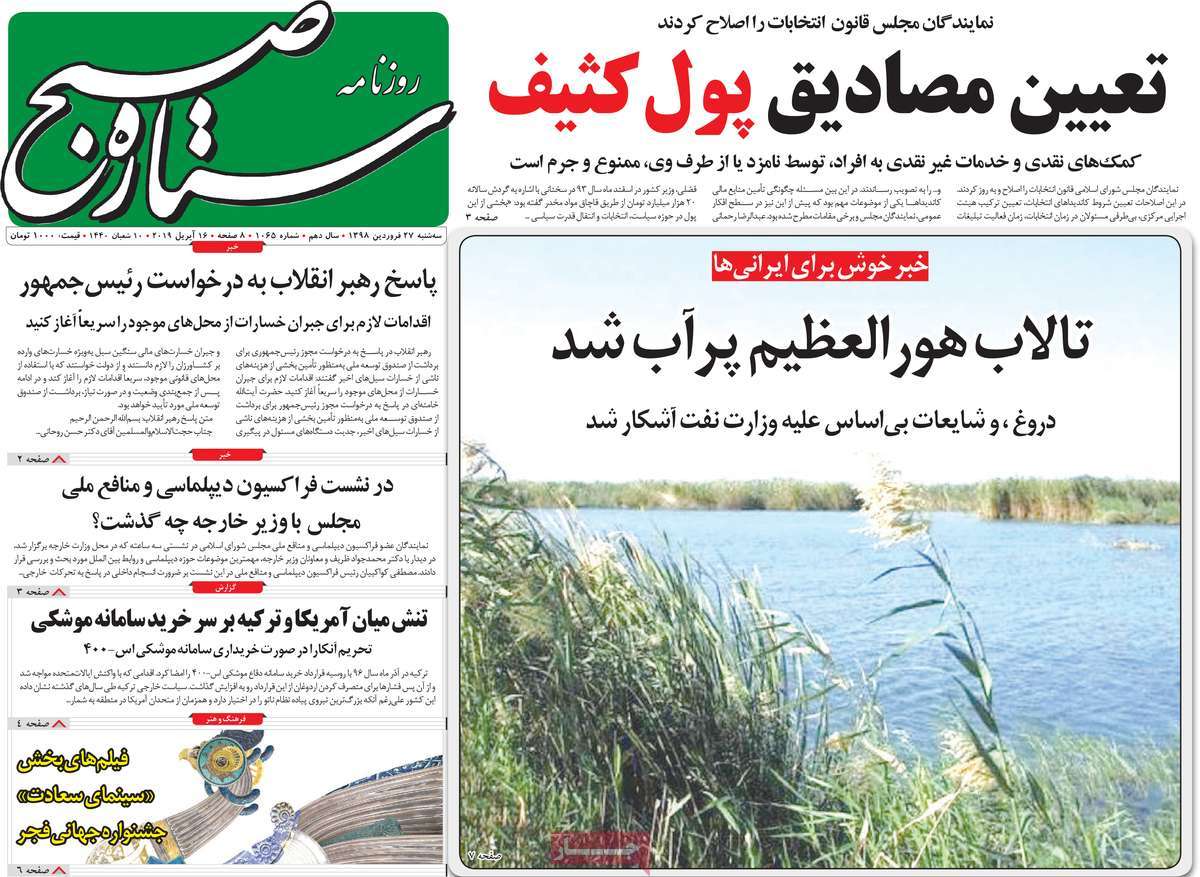