A look at how reliable Russians are in nuclear talks 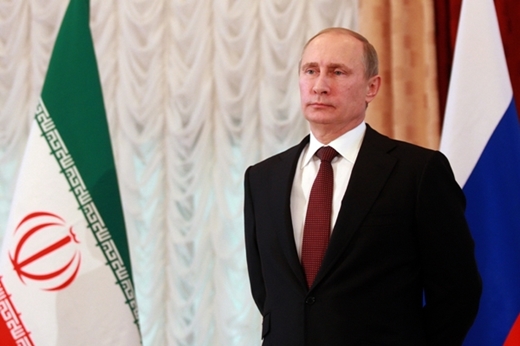 Russia views Iran as a main market for its arms sales and for the very reason, it pays special attention to the lifting of the arms embargo against Iran, said Amir Ahmadian.

Russian President Vladimir Putin has stressed that all sanctions against Iran need to be lifted. His appeal comes as the removal of the UN Security Council arms embargo against Iran has turned into a serious bone of contention over the past few days, creating a rift between the six world powers negotiating a nuclear deal with Iran.

America and its Western allies insist on keeping the embargo in place, while Russia and China want it removed.

Underscoring Iran’s role in the fight against IS terrorists, Russian Foreign Minister Sergei Lavrov has appealed for the lifting of the arms embargo prior to other sanctions, citing the fact that ‘it would help Iran advance its efficiency in fighting terrorism’.

The New York Times [on July 6] reported American officials and their European partners in the talks – France, Germany and Britain – have opposed any lifting of the embargoes, arguing that it will only pour fuel on the conflicts in Iraq and Syria, as well as in Yemen and Lebanon, as Iran accelerates its arming of Shiite militias.

In an interview with farau.com on July 11, Bahram Amir Ahmadian, an academic and Russia expert, described the Russian plea for the removal of arms embargoes as thought-provoking and said, “The Russian stance is dubious, because the country is already under sanctions itself and will probably have difficulty selling arms.”

He added, “Russia views Iran as a good market for arms sales and for the very reason, it pays special attention to the lifting of sanctions. From Iran’s perspective, however, the removal of financial and monetary sanctions is of greater importance, because they have an impact on the country’s financial transactions on the international stage and on its foreign trade at large.

Although the arms embargo has affected Iran’s interests, under present conditions, it is not among Tehran’s priorities.”

Amir Ahmadian said, “We should not overlook the general stance of the Russians in the negotiations. As a friend, we thought that the Russians would help Iran have the financial and monetary sanctions removed, yet they adopted a different stance.”

Describing as half-baked the recent Russian stand, he said, “I don’t think the lifting of such sanctions as Russia has put it is on Iran’s list of priorities, because the conduct of Iran at the nuclear talks with P5+1 shows otherwise.”

The expert went on to say, “Despite the sanctions of recent years, Iran has pressed ahead with its economic activities and has made progress in non-oil exports. Undoubtedly, sanctions have brought us some problems. Even arms embargoes under which we cannot buy or sell weapons have proved problematic. On the whole, we have overcome these problems, and losses caused by the arms embargo are not substantial.”

Amir Ahmadian underscored, “According to Russian experts, if Moscow fares well as far as arms exports are concerned, it can sell $7-8 billion in weapons to Iran.”

As for the problems that Iran faced in the purchase of S300 missiles from Russia, he said, “The Russians have not provided us with the weapons, nor have they given back our money. Besides, Iranian officials have said that they developed a similar defense system and no longer need S300. The Russians are not reliable partners, so their stance on the removal of arms embargoes requires careful reflection.”

The expert said that the Russians should be asked why they want the arms embargo to be lifted. “It seems that they do not have an accurate insight about Iran’s military, economic and political might; they have not accepted the fact that Iran has turned into a regional power and does not need them for its arms supply.”

Recalling the fact that Russia raises foreign currency through energy, arms and lumber exports, he said, “Now that Moscow faces problems to bring in foreign currency, it seeks to sell arms to Iran. Russia is the world’s third arms producer after the US and Europe. But with the international community going down the path of détente, Russia is mired.”

The professor highlighted that the Russians do not pursue a win-win outcome in political games and added, “By and large, we cannot count on Russia.”

In answer to a question about whether the recent Russian stance in the talks will lead anywhere or Moscow will be left alone, Amir Ahmadian said, “It is obvious that the Iranian negotiating side pursues the lifting of sanctions within a package which does not give priority to arms. Therefore, the Russians do not seem to be able to secure their intended result, because the Islamic Republic is an independent and powerful nation and no country is allowed to dictate its foreign policy or tell it what is right to do.”