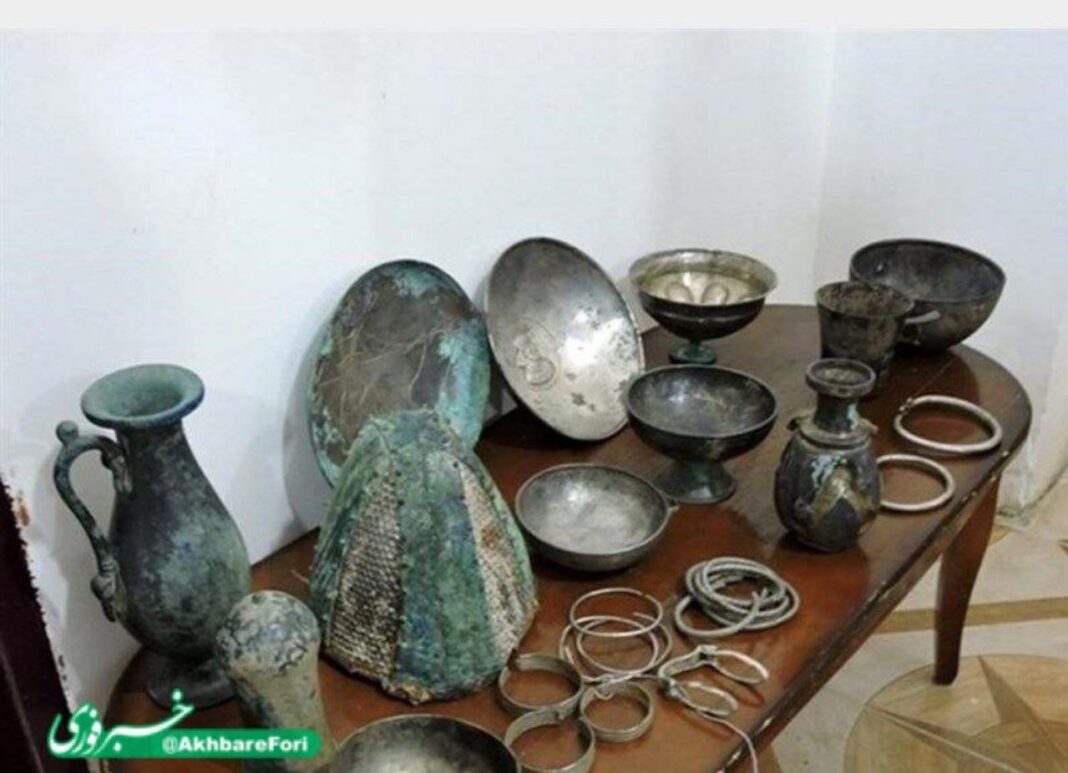 The relics, including iron and pottery items, were confiscated during a car inspection by the police in Shazand.

“So far the authenticity of at least 20 antique pieces has been confirmed and our experts are studying the rest of the pieces,” said Alireza Izadi, the provincial head of the Cultural Heritage, Handicrafts and Tourism Organization.

Some iron and pottery pieces as well as glazed beads, thermos, bowels, bracelets and rings were among the confiscated items.

According to Izadi, the pieces date back to the Parthian dynasty in Iran (247 BCE-224 CE).

He said so far tens of fake pieces with ancient images have been spotted among the confiscated pieces. “Such items lack any historical value,” he said.

Izadi went on to say that the authentic ancient pieces reveal the ancient civilization of the region.

He also noted that at least one person has been arrested in this connection.