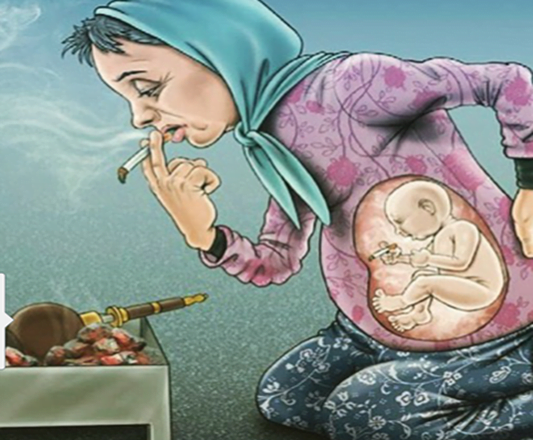 The latest studies have revealed that 7,500 babies are being born in Iran every year with addiction to illicit drugs.

Studies show that half a percent of 1.5 million pregnant women in Iran give birth to addicted babies each year.

According to a Farsi report by Shahrvand daily newspaper, a screening in 2016 indicated that out of 900,000 pregnant women, 2,438 were addicted.

Hamid-Reza Sarrami, Director General of the Drug Control Headquarters, says 33% of drug consumers in the world are women.

“In Iran, one out of every 10 drug users is a woman. However, trends indicate that girls and women tend to use drugs more and more,” he added.

According to Sarrami, women with psychotic and psychological disorders are 17 times more likely to use drugs than other women.

“Studies show 27.4 percent of the population has a positive attitude towards drug use. Of these, women constitute 26.4 percent and men 29.3.”

The official has warned that the figures are alarming, adding that the government and aid organizations should deal with the issue as a top priority.

Women who have fallen victims to drugs bring to life 7,500 innocent newborns annually and transfer this horrific inheritance to their children. 80 to 90 percent of babies born from drug-addicted mothers lose their lives, according to the officials.

While fetal heroin exposure has been a concern for decades, the explosion in opioid painkiller use is a fairly recent phenomenon that has renewed questions about long-term effects on babies’ development, intellect, and academic achievement.

Research has shown that consuming drugs and alcohol during pregnancy can lead to a number of health problems, like low birth weight, premature labour, fetal death, and miscarriage. But in some cases, the mother’s addiction is passed on to her child, and the baby’s first worldly experiences are withdrawal symptoms and rehab.

These drug-addicted infants can endure a number of problems with autonomic nervous system control: fever, vomiting, diarrhea, gagging, hiccupping, colour changes, and fast breathing, to name a few. They also have difficulties with movement, like tremors and jitteriness.