Over 70 Artworks Sold at 7th Tehran Auction for $7m 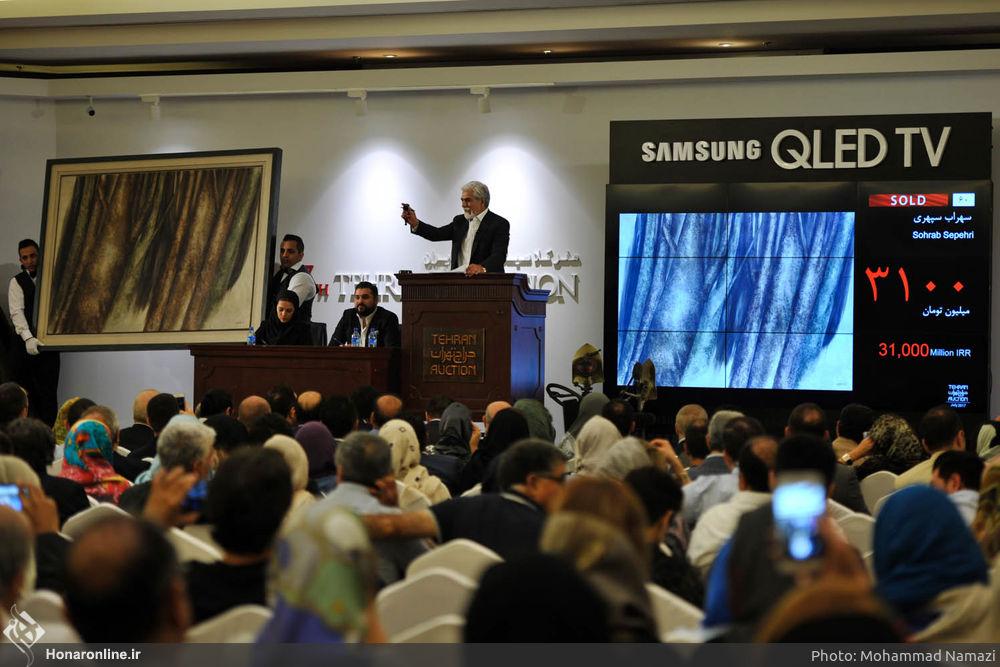 Except one piece, all the 72 pieces, including 13 classic and 59 modern works by Iranian celebrated artists were sold at the event, Honaronline reported.

Similar to the past two editions, the top bid was an untitled painting from the ‘Tree Trunk’ series by the legendary poet and painter Sohrab Sepehri (1928-1980). Estimated at $660,000-930,000, it went under the hammer for $825,000, and was named the most expensive painting throughout the Iran’s art history. 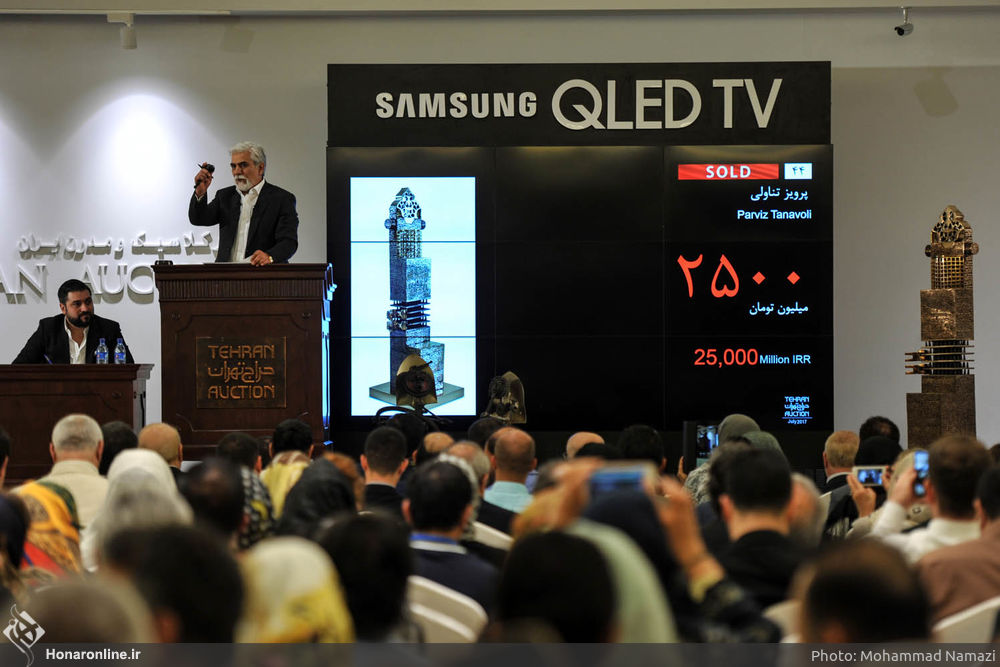 Two works were jointly placed on the third place, both with a final bid of $320,000. They were a painting by painter, sculptor Bahman Mohasses (1931-2010) titled ‘Blind Eagle’ and another oil on canvas work from Sepehri’s ‘tree trunks’ series.

The 6th spot was also shared by two paintings. A 135-year-old painting by the most renowned Persian painter of the late 19th century Mohammad Ghaffari, better known as Kamal-ol-Molk (1859-1940) and a work by abstract expressionist Manouchehr Yektai, 94, both went under the hammer for $305,000.

Like last year, actor, screenwriter, director and TV presenter Hossein Pakdel was the auctioneer. A the beginning of the event, he pointed to the first anniversary of the renowned Iranian auteur and photographer Abbas Kiarostami, who passed away last July, and said, “ Kiarostami is always present in Iran’s art, so we start the seventh Tehran Auction with a piece from his photography  collection. 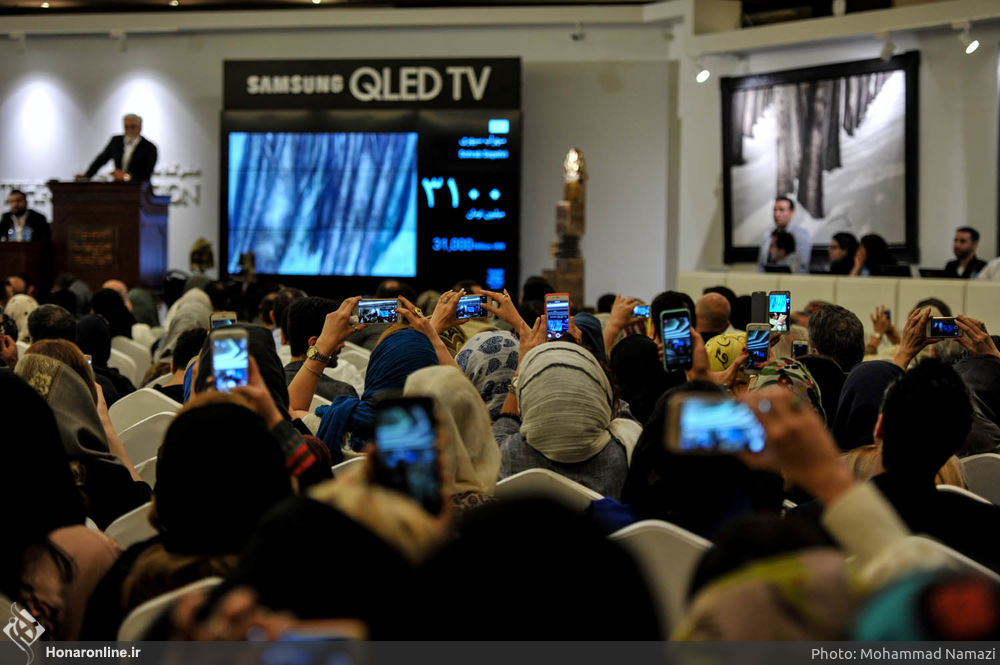 Two works at the event were purchased by the art deputy of the Ministry of Culture and Islamic Guidance. They were Kamal-ol-Molk’s painting and a black-and-white painting by modern art painter Behjat Sadr (1924-2009) which was sold for $70,000.

Attending the auction Ali Moradkhani, the deputy minister, said that the pieces were purchased to be added to the treasured collection of Tehran Museum of Contemporary Art.

The Tehran museum has more than 4,000 items that include 19th and 20th century world-class Iranian, European and American paintings, prints, drawings and sculptures, from almost all artistic periods and movements.

At this year’s edition of the auction, 20 works went under the hammer at a price higher than the maximum value of the basic estimation and the rest received bids within the estimated prices.

Tehran Auction is a national endeavor to address the increasing interest in modern and contemporary Iranian art and facilitate the acquisition of the best quality works in reliable ways.

The first of its kind in Iran, Tehran Auction was launched in 2012 as a private, independent initiative to introduce the best of Iranian art ranging from established and emerging Iranian artists to Iranian art collectors and global buyers.

It also aims to support the domestic art market as a key basis for the international market. Tehran Auction works widely with Iranian art galleries and collectors to ensure a vast and strong selection of paintings, sculptures and photographs.

Here are Honar Online’s photos of the auction: