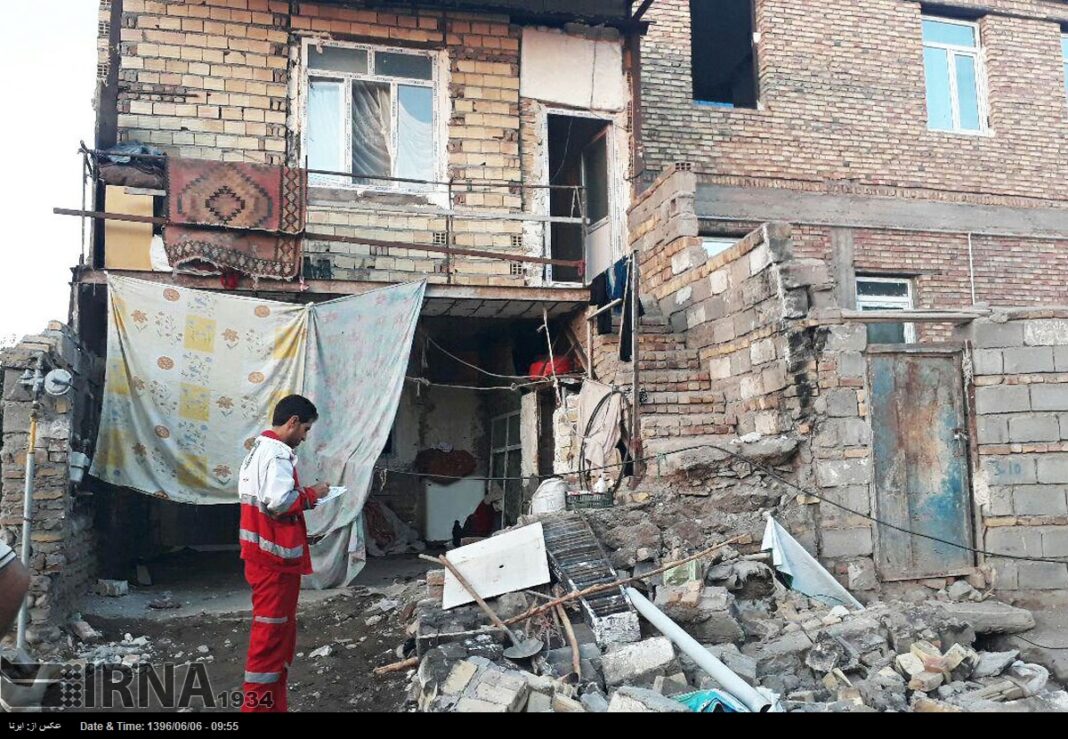 According to the Iranian Seismological Centre of the Institute of Geophysics of Tehran University, the earthquake hit Sharabian at 03:44 local time.

Vahid Shadinia, a local emergency official, told the Tasnim news agency that 13 people have been wounded in the quake.

“Among those wounded in the quake are a pregnant woman and a patient with heart problem, all of whom have been taken to the hospital,” he noted.

He also noted that a baby was taken out of the rubble alive, and was transferred to Sarab hospital.

The epicenter, with a depth of 7 km, was determined to be at 37.89 degrees north latitude and 47.09 degrees east longitude.

At least 25 aftershocks also jolted the same area within the next few hours.

Here are IRNA’s photos of the damages caused by the earthquake: