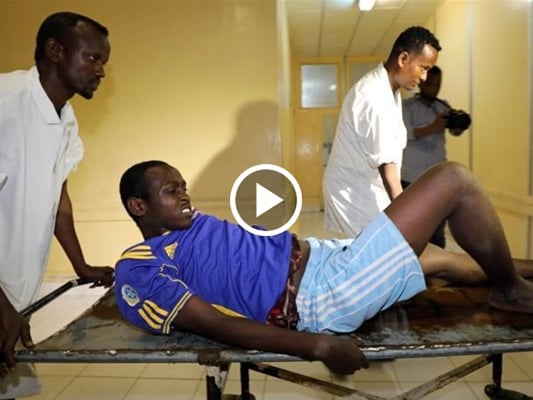 At least 38 have lost their lives after two car bomb blasts claimed by al-Shabab hit an area close to the presidential palace in Mogadishu, the capital of Somalia.

A loud explosion reportedly took place on Friday, followed by a second blast and sustained gunfire which broke out near the president’s residence. The second blast took place beside a popular hotel.

The Aamin Ambulance service, which confirmed the death toll, transported victims to the hospital.

“As far as we know, there has been one blast beside the presidential palace, and another close to a popular hotel,” Major Mohamed Ahmed, a police officer, told local media.

The attack comes a day after the Somali government had issued a “terror warning” in the capital.

The explosions shattered a months-long period of calm in Mogadishu, which is often the target of attacks by al-Shabab.

In December, 18 police officers were killed when an al-Shabab fighter blew himself up inside the country’s main police academy in Mogadishu.

The capital was also the target of a truck bombing in October that killed 512 people in the deadliest attack in Somalia’s history. The Somali government blamed that blast on the al-Qaeda linked al-Shabab.