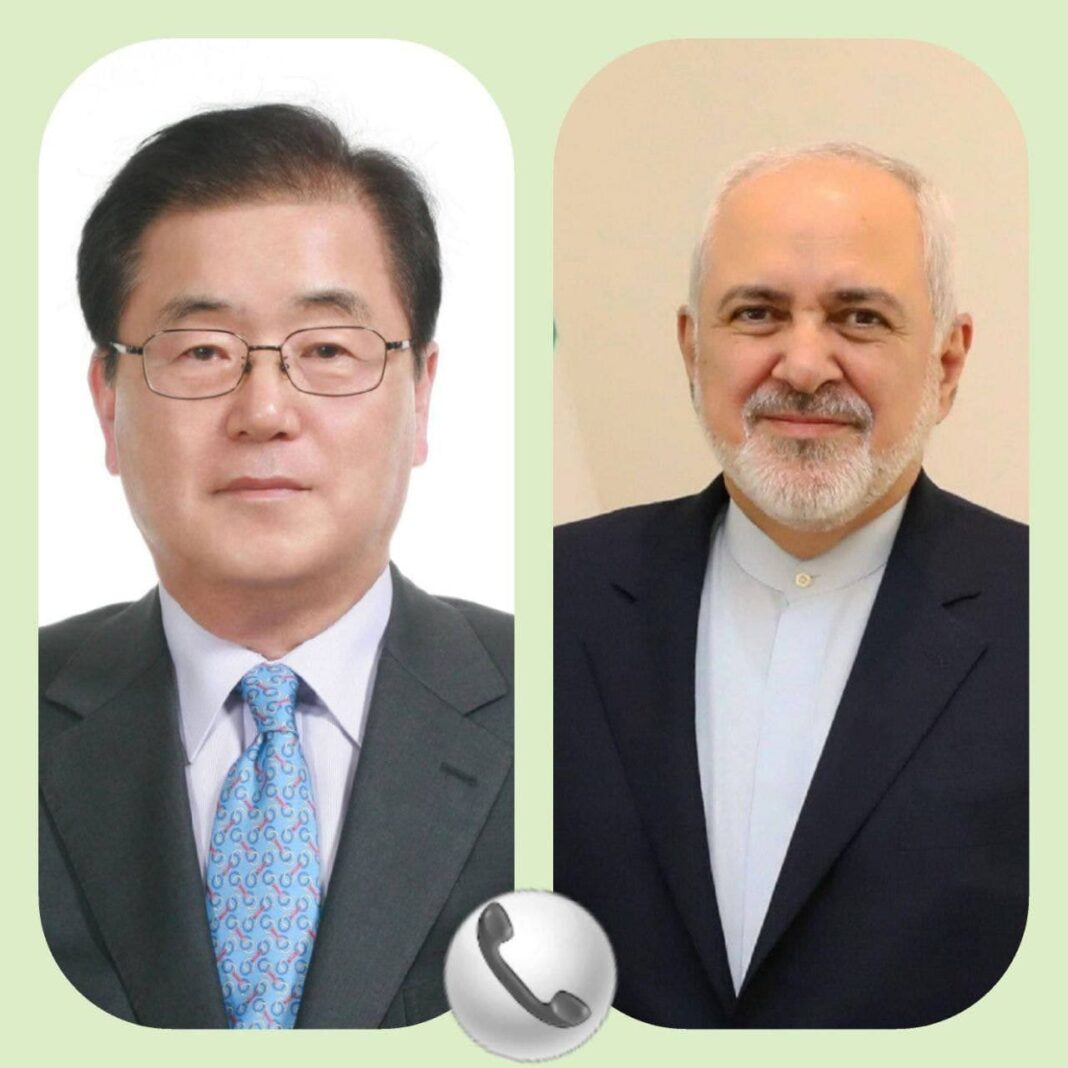 Iran’s Foreign Minister Mohammad Javad Zarif has called on Seoul to provide Iran with access to its assets frozen in South Korean banks, especially now that the Iranian nation seriously needs its money.

Speaking in a Wednesday phone conversation with his South Korean counterpart Chung Eui-yong, Foreign Minister Zarif expressed hope that Seoul will provide the Central Bank of Iran with access to its financial resources in South Korean banks as soon as possible.

He underlined that bilateral relations between the two countries have unfortunately been affected by the South Korean banks’ unlawful move in the past two and a half years, especially under the difficult conditions caused by the coronavirus outbreak and at a time when the Iranian people seriously needed those resources.

Chung Eui-yong, in turn, said the fact that the two top diplomats are having this conversation less than three weeks after his appointment indicates the significance Seoul attaches to its relations with the Islamic Republic of Iran.

He said he is determined to use all his power to resolve the issue of Iran’s funds in the South Korean banks.

Referring to the Korean vessel seized in Iran, he appreciated Tehran’s move to release the crew, and expressed hope that the vessel will be released and allowed to return to its country of origin as soon as possible.

Foreign Minister Zarif described the seizure of the Korean vessel as a technical issue which is being addressed by judicial authorities.

He further noted that the Iranian government has not spared any effort to provide consular access and all healthcare and welfare services to the ship’s crew.

As regards the latest developments pertaining to the 2015 nuclear deal and Iran’s measures in cooperation with the International Atomic Energy Agency (IAEA), the Korean side said it supports the continuation of talks between member states for reviving the JCPOA.