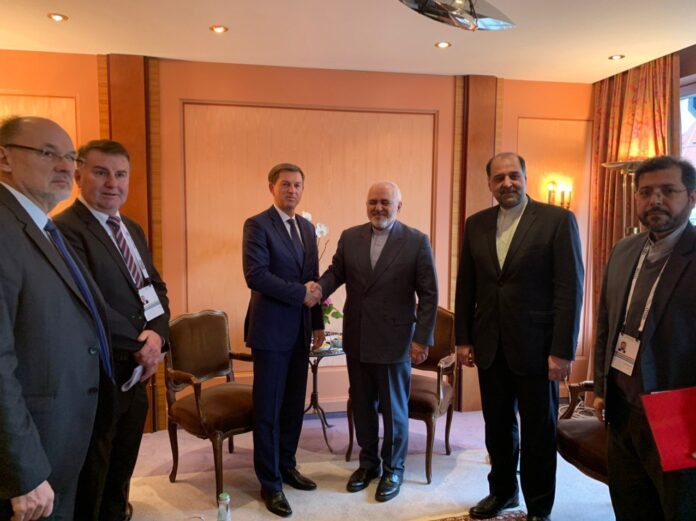 Iran’s Foreign Minister Mohammad Javad Zarif has reminded his European counterpart of the E3’s commitments under the 2015 nuclear deal, officially known as the JCPOA.

Zarif discussed the JCPOA in separate meetings with his Italian, Slovenian, and Polish counterparts.

The meetings were held on Sunday on the sidelines of the Munich Security Conference.

Zarif and his Italian counterpart conferred on Europe’s commitments under the JCPOA, and ways to maintain the 2015 nuclear deal. They also discussed issues related to bilateral ties in political, economic, and cultural fields.

The Iranian top diplomat also conferred with his opposite number from Poland on various issues including the JCPOA, Europe’s commitments under the deal, Iran’s measures within this framework, and also the security of the region.

Also in a meeting with Slovenia’s foreign minister, Zarif and the European diplomat explored avenues for expanding mutual cooperation between Tehran and Ljubljana. They also exchanged views on the JCPOA developments and issues related to regional security.