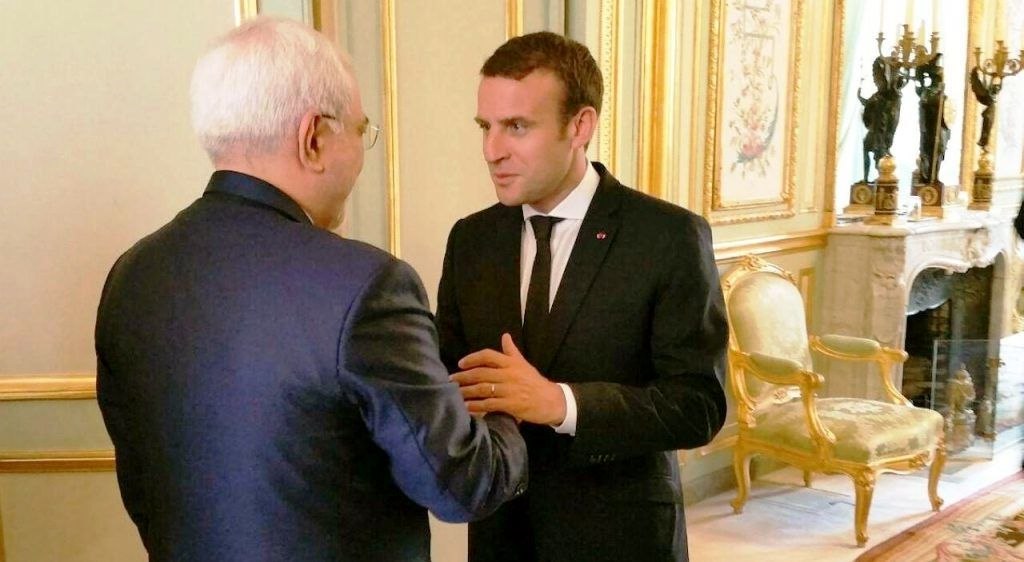 Iranian Foreign Minister Mohammad Javad Zarif has met with President Emmanuel Macron in Paris to discuss his offer to save the Iran nuclear deal, also known as JCPOA.

The two sides held talks on Friday noon, just one day before France chairs a three-day summit of leaders of Group of Seven (G7) countries, including US President Donald Trump, in the southern resort of Biarritz.

Zarif, who has been on a tour of Scandinavia, had earlier this week visited Finland, Sweden, and Norway.

Speaking in a Thursday press conference in Oslo, Zarif said Macron had made proposals to Iranian President Hassan Rouhani who had dispatched him to Paris “to see if we can finalize some of these ideas so each party can fulfill its obligations” under the nuclear deal.

“We already have some common grounds [with France], but they need to be increased,” he said in a joint presser with his Norwegian counterpart.

Speaking at the Norwegian Institute of International Affairs, he said proposals were “on the table, both from the French and the Iranian side,” Reuters reported.

“It will be a chance to see if we can find ground for understanding. We already have points of agreement,” Zarif said.

The discussions between Zarif and Macron will come at a critical time for relations between Tehran and the West as Iran is reducing its commitments under the 2015 nuclear deal in response to Trump’s decision to pull out and re-impose anti-Iran sanctions.

Macron has insisted that diplomacy is the only way to solve the standoff and twice in the last months dispatched his diplomatic adviser Emmanuel Bonne to Tehran.

A presidency official, who asked not to be named, said the talks would continue this channel.

Macron admitted in comments Wednesday there were “true disagreements” within the G7 over Iran but said he would “try to propose things” in the talks, such as a softening of sanctions or a compensation mechanism to offset the debilitating restrictions.

The French foreign ministry said earlier this month that it “needs no permission” to talk to Iran after Trump accused Macron of sending “mixed signals” to the Islamic Republic.