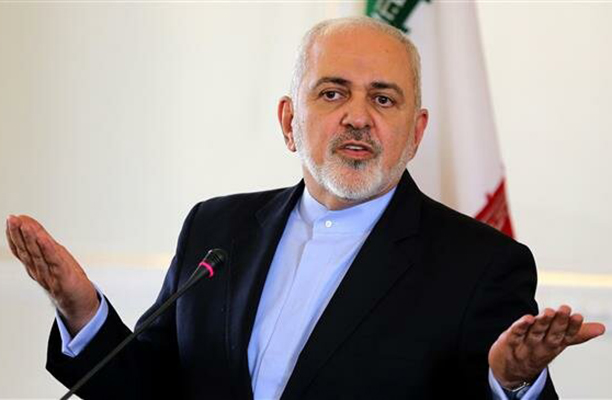 Iranian Foreign Minister Mohammad Javad Zarif has dismissed the latest claim by US President Donald Trump that he stopped an attack on Iran because 150 people would have died, saying the US has already killed several generations with its chemical weapons.

Zarif made the remarks in an address to a Conference in Tehran on Tuesday marking the anniversary of the 1987 chemical bombing of the Iranian city of Sardasht by former Iraqi dictator Saddam Hossein, who was backed and armed by the US and its allies.

His comments came in reaction to Trump’s Friday tweet that he had stopped a military strike on Iran on Thursday 10 minutes before the beginning of the attack, after he learned that 150 Iranians would get killed.

Zarif directly addressed Trump on Tuesday, asking him, “Were you really worried about the lives of 150 Iranians? How many people have you killed with chemical weapons? How many generations have you destroyed with such weapons?”

Iran’s top diplomat further called the survivors of Saddam’s chemical weapons “the living document” of Iranian people’s resistance against the enemies and said in addition to the defensive capabilities against the world powers, the victims serve as Iran’s preemptive capital and means in the face of enemies.

“Where is Saddam today? Where is Chemical Ali (Saddam’s intelligence chief and defence minister Ali Hassan al-Majid) today? Where are those who committed crime against our people. Today, we stand proudly due to your presence,” he said.

According to the Iranian foreign minister, Saddam began to use chemical weapons against Iran in the early days of its invasion of the country and this was regularly reported to the UN but the UN Security Council never found it urgent to hold a meeting on the crime.

“The then UN chief sent six delegations on various occasions to Iran based on our repeated calls and the delegations visited Iranian hospitals and talked to the victims. Their reports left no room for doubt about Saddam’s use of chemical weapons but despite this, no action or word of protest was made by the international community,” he said.

Zarif said those who claim chemical weapons are their red line remained silent towards Saddam’s crimes against the Iranian people.

“If you had stopped Saddam then, today the ISIS wouldn’t dare to use chemical weapons against the people of Iraq and Syria. And even today, we see that the western powers are trying to cover up the crimes by their affiliated groups,” he said.

Zarif said Iran was among the first countries which joined the Chemical Weapons Convention at the order of the Leader of the Islamic Revolution. “We were among the first countries which destroyed our chemical storage but the US has not yet destroyed its chemical storage and the Zionist regime has not even joined the convention.”

He called Iran a pioneer in fight against chemical weapons and said based on its religious belief, the Islamic Republic has never been after producing such weapons.