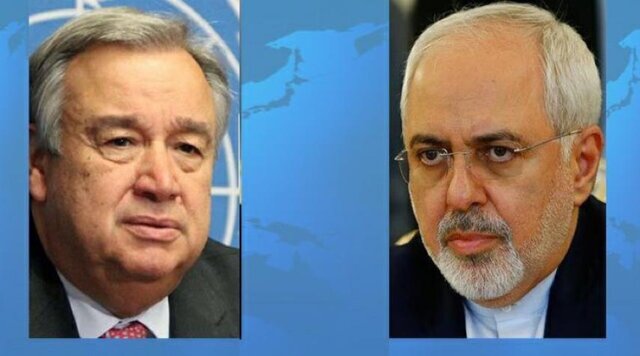 The Iranian foreign minister has objected to the announcement that Tehran would lose its right to vote at the UN General Assembly due to its overdue payment to the world body.

In a letter to the United Nations Secretary-General António Guterres, Zarif described the decision as unacceptable.

“I am writing to convey our strong dismay over the announcement that the Islamic Republic of Iran will lose its voting privileges in the United Nations General Assembly due to the arrears in the payment of its financial contribution to the United Nations,” read part of the letter.

He said the reason for Iran’s delay in payment was Washington’s sanctions.

“This decision is fundamentally flawed, entirely unacceptable and completely unjustified, as Iran’s inability to fulfill its financial obligations towards the United Nations is directly caused by ‘unlawful unilateral sanctions’ imposed by the United States to punish those who comply with a Security Council Resolution,” said Zarif in his letter.

“As you, and indeed the whole world, are well aware, the people of Iran have been under the most unprecedented economic warfare – and indeed economic terrorism – following the Trump administration’s US unilateral withdrawal from JCPOA (shamelessly continued to this day by its successor as so-called “bargaining leverage”) in material breach of peremptory norms of international law, the Charter of the UN and UNSCR 2231,” he explained.

“The U.S.’ unlawful acts of war and economic terrorism have impaired Iran’s capacity to transfer our financial contribution to the United Nations and some other international organizations,” he said.

“The Islamic Republic of Iran, therefore, rejects the notification on suspension of its voting privileges. Iran’s incapacity to transfer its financial contribution has been entirely beyond its control,” he stressed.