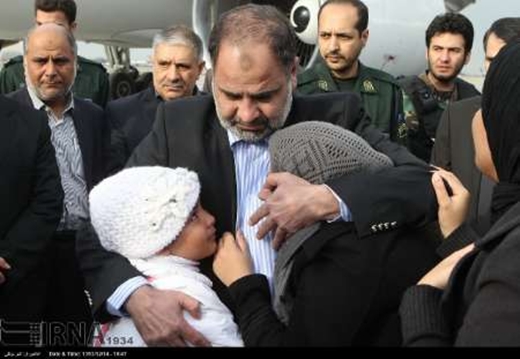 The Iranian diplomat who was kidnapped in 2013 by an unidentified terrorist group in Yemen was released thanks to efforts by the Intelligence Ministry.

Foreign Minister Mohammad Javad Zarif sent a message on Thursday to Intelligence Minister Mahmoud Alavi to appreciate the efforts of his ministry which resulted in the release of a kidnapped Iranian diplomat.

He said that there is no doubt that the release of the Iranian diplomat indicates the success of the government’s security forces to maintain full security as well as political status of the country.

Zarif appreciated the endeavors made by the Intelligence Ministry and security forces who spared no efforts for the release of the kidnapped diplomat.

Iranian diplomat Noor Ahmad Nikbakht was freed and arrived in Tehran on Thursday.

He was kidnapped in 2013 by an unidentified terrorist group in Yemen.

In efforts to secure the release of the kidnapped diplomat in Yemen none of the demands by the terrorists was accepted and the lowest possible cost was paid, the intelligence minister said on Thursday.