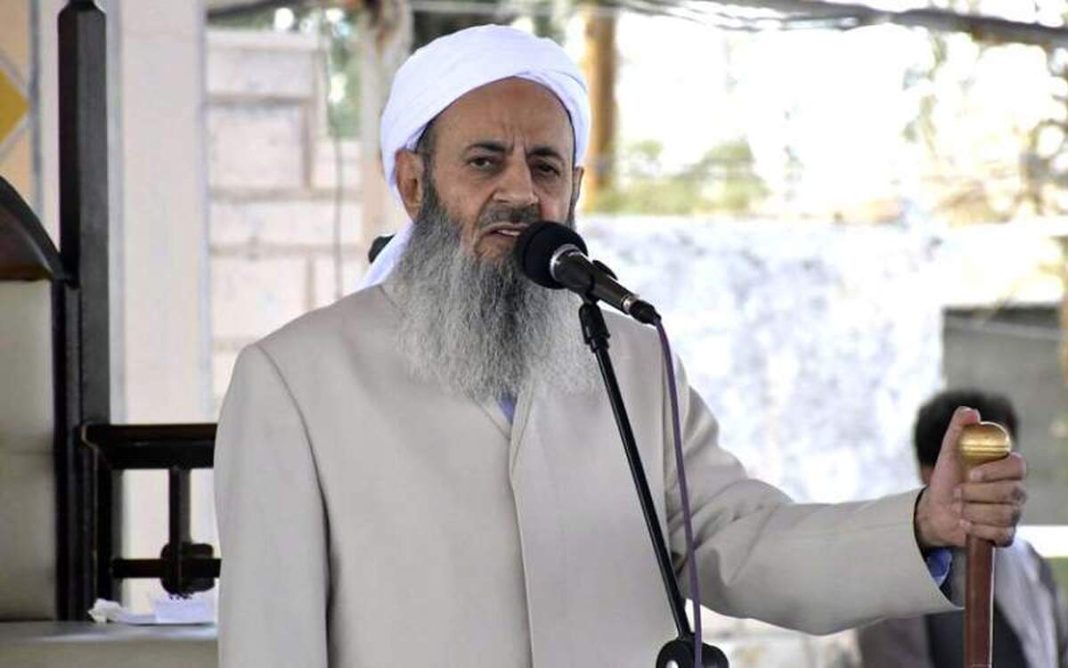 The office of the Friday prayers leader of Zahedan has issued a stark warning against what it calls “infiltrators” in the wake of recent events in Iran’s Sistan and Balouchestan Province.

The office of Mowlavi Abdolhamid said the security personnel of Makki Mosque of Zahedan have identified those people who were holding separatist flags during the recent Friday prayers there.

It added that such moves were done by those who have been organized by notorious quarters.

The office of Mowlavi Abdolhamid noted that the people of Iran are all sensitive to their country’s territorial integrity.

It added that security forces will deal with any such move to abuse the Friday prayers in Zahedan to advance their own agenda.

Mowlavi Abdolhamid, an influential Sunni figure, in his Friday prayers sermon stressed the need to protect the rights of the people of Iran regardless of their religion, and warned protesters against destroying public and private property or insulting.

Following the recent violence in Sistan and Balouchestan province, the representatives of Iran’s leader travelled to the region and pledged an investigation into the events that left many protesters dead and wounded.