‘Zaghari-Ratcliffe Citizen of Iran, Tried Based on Iran’s Law’ 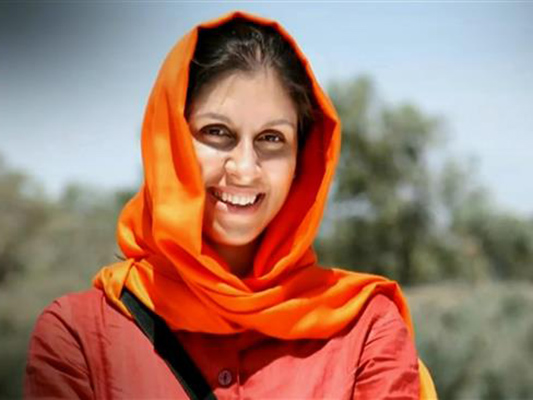 British Foreign Secretary Jeremy Hunt was told in his Monday trip to Tehran that Iranian-British citizen Nazanin Zaghari-Ratcliffe is a citizen of Iran, convicted based on Iran’s domestic law.

Iranian Foreign Ministry Spokesman Bahram Qassemi said on Tuesday that on Hunt raised the issue of the dual citizen jailed in Iran on the sidelines of his meetings with Iranian officials.

In response, the Iranian authorities reminded him of Zaghari’s conviction in the court and the independence of the judiciary of the Islamic Republic of Iran,” he said.

Hunt was also told that she is a citizen of Iran and has been tried and convicted according to the country’s domestic laws, Qassemi noted.

Zaghari-Ratcliffe, claimed to be a charity worker affiliated with the London-based charity Thomson Reuters Foundation, was arrested in April 2016 just before taking the flight out of Iran, and is now serving a five-year term for espionage.

Her case drew considerable attention after former British Foreign Secretary Boris Johnson said in 2017 that she was training journalists in Iran, contradicting claim by the foundation that she was simply on holiday visiting relatives.

In his Tuesday comments,Qassemi further noted that Hunt’s one-day trip had been planned a long time ago and was made despite some domestic political problems inside the UK.

“In separate meetings, the British official met with Iran’s Foreign Minister and Secretary of the Supreme National Security Council and discussed a wide range of issues, including the Iran nuclear deal and the commitments of European countries, notably the E3 (Germany, France and the UK),” he noted

“The two sides also exchanged views on the most important developments in the region, especially the dire humanitarian crisis in Yemen, and the necessity of ending the Western countries’ arms support for those who attacked Yemen’s innocent people.” Qassemi added.

During the meetings, Iran’s viewpoint on these subjects was elaborated in detail, he noted.