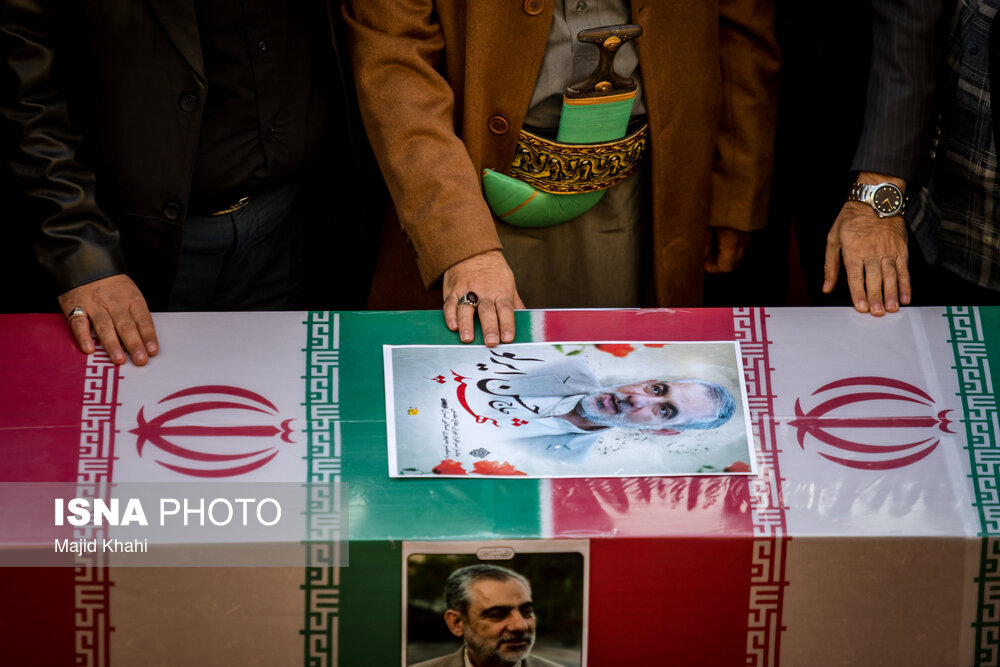 Foreign Minister of the Yemeni National Salvation Government says Iran’s late ambassador Hassan Irloo entered Sana’a when no one was with Yemeni people, and everyone in the world was watching.

Irloo’s mission in Yemen as Iran’s envoy was not limited to the diplomatic sector, Hisham Sharaf Abdullah said in an interview with Iran Press in Sana’a.

“Hassan Irloo entered Yemen when no one was with us, and everyone in the world was watching; no one knows how he entered Yemen,” he noted.

Abdullah added that Irloo’s mission in Yemen was not just limited to the diplomatic sector, but he visited hospitals and attended various ceremonies.

“Irloo’s arrival in Yemen was like a missile exploding in the invaders’ media; no one expected him to be in Yemen,” he noted, stating that all the efforts of the aggressors were to find out how the Iranian ambassador had entered Yemen, which strengthened the resistance against the aggressor countries.

He highlighted that during his short stay in Yemen, Irloo did many things that could not be told to the world, but dozens of other ambassadors did not do what he did.

“Despite the stability and security in Sana’a, no ambassador came here but Hassan Irloo,” the Yemeni minister said, adding that Irloo’s story was all about courage, bravery and Jihad, that more of it will be heard a bit later.

The Iranian Foreign Ministry announced on Tuesday that Irloo was martyred because of the coronavirus infection.

The ministry noted that the ambassador, who was a victim of chemical attacks during the Iraqi imposed war in the 1980s, had contracted the coronavirus during his mission in Yemen.

Saeed Khatibzadeh, spokesman for Iran’s Foreign Ministry, said the envoy was transferred to the country in a “bad state” and due to “late cooperation” of some countries.

He contracted the coronavirus at the place of his mission, and passed away early on Tuesday “despite undergoing all stages of treatment to improve his condition”, Khatibzadeh added.

The envoy was transferred from Sana’a to Iran late on Saturday. His repatriation was reportedly delayed by the Saudi authorities.

Irloo officially began his diplomatic mission to Yemen in November 2020, in defiance of the United States’ anger at the two countries’ developing relations.