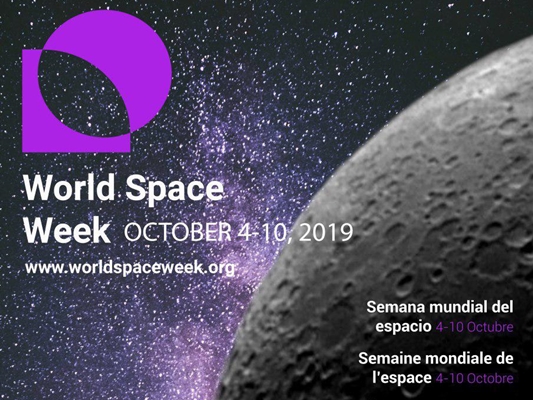 The names of five prominent Iranian scientists, written on the surface of moon, have been selected as the title of World Space weekdays.

Saeed Qorbani, the secretary of World Space Week in Iran, says the country was one of the few countries to have hosted the Week’s events all year long.

World Space Forum has announced that the slogan of the World Space Week is “The Moon; Gateway to the Stars” this year, and the Iranian Space Agency has put the slogan at the centre of its planning.

The focus of this week’s program is to raise public awareness about the benefits of space services, the prosperity of space-related services, attracting and encouraging children to learn space science, as well as international cooperation in the countries’ space program. These issues have been set on the agenda of this week.

Accordingly, the space weekdays have been named after seven prominent Iranian scientists, whose names have been written on the surface the moon. This move is aimed at introducing these scientists more, promoting their valuable activities and achievements, and outlining the prominent role of Iranian scientists in the development of astronomy for the public.

World Space Week will be held in many countries in the world, including Iran, on October 4-10. It is the largest space event on Earth. More than 5,000 events in over 80 countries celebrated the theme “Space Unites the World” in 2018.

The Iranian city of Tabriz in the country’s north-west will host the events My Galactic Dream, Public Observation, Planetarium of University of Tabriz, and Space Meeting from Oct. 4 to Oct. 10.

The First Iranian International Cubesat Event is also planned to be held in Tehran during the week.

The UN General Assembly has declared 4th to 10th of October as World Space Week to internationally celebrate each year the contributions of space science and technology to the betterment of the human condition.

In 2019, humankind celebrates the 50th anniversary of Apollo 11 and of the first human step on the Moon. A revival of interest for the exploration of the Moon is also observed in the major space faring nations.