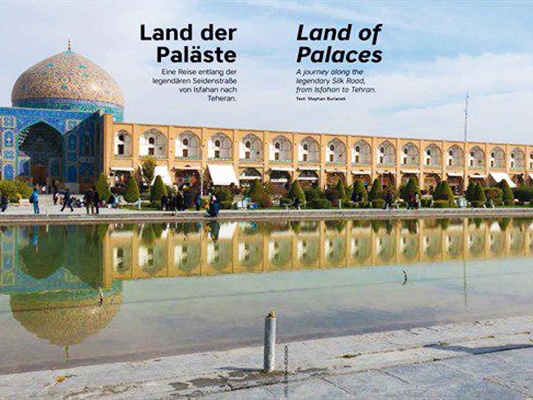 Following the nuclear deal between Tehran and world powers and the removal of anti-Iran sanctions, many articles have been published in international media outlets to present the country and its tourist attractions.

Since late 2016, several articles have been published by international media outlets about the tourist attractions and monuments in Iran, to present them to the world or review the conditions of tourism industry in Iran.

According to a Farsi report by Mehr, many consider Iran as an attractive tourist destination. Some travel guides and reports point to the less-known aspects of Iran’s tourism which haven’t been noticed enough in media outlets: that women can safely travel throughout Iran; that Iranians are not terrorists; and that the majority of reports on Iran are false.

The majority of articles recently published about Iran’s tourism are positive. There is hope that the existing false image of Iran is modified by more reports of this type, particularly in the visual media, as well as the mainstream press in the countries that send lots of tourists abroad.

“Imagine a verdant landscape filled with rice paddies, tea plantations and olive groves. A land where you can hike up mountains in the thick mist of the morning and picnic by waterfalls on sun-weathered rocks in the afternoon. A land filled with golden apricots that taste like honey, peaches so succulent you barely notice the sweet juice that runs down your chin,” wrote Yasmin Khan in The Guardian about her food tourism in Iran.

In its special tourism issue, the Spanish newspaper El Mundo described Iran’s tourist attractions in an article by its Iran correspondent Zahida Membrado.

According to this report, Iran could not be found among the destinations of any tourist agency because of the unrealistic images published against it during the last decades; however, it is now turned to an attractive destination which leaves the visitors mouth agape. This could be true for any misjudged country; undoubtedly however, none of them is on a par with Iran in terms beauty, history, culture, magic, and natural attractions.

Membrado remarked that there is no risk for women who intend to travel across Iran by themselves.

In its first issue in 2017, the Austrian magazine Skylines has introduced a number of Iran’s tourist attractions in a report by its journalist who spent 6 days in the Islamic Republic.

“Land of Palaces: A journey along the legendary Silk Road, from Isfahan to Tehran” is the title of Skylines’ illustrated report on the tourist attractions of Isfahan, Kashan and Tehran.

During his journey to Iran, Massimo Rumi, the well-known Italian photographer, has also taken an unparalleled photo of Isfahan’s Sheikh Lotfollah Mosque architecture, which has been published in several websites. 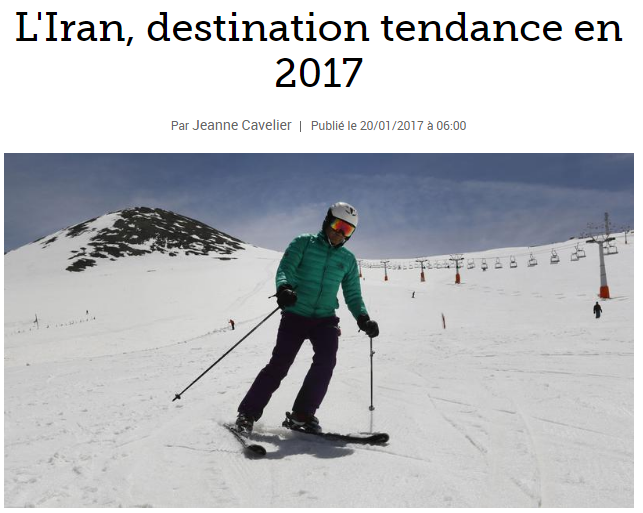 The French newspaper Le Figaro also presented Iran as an interesting tourist destination in 2017 in its website. “The tour operators highlight the cultural richness of this country,” Le Figaro wrote, calling Iran “the country of contradictions”.

“After the removal of sanctions against Iran, this country is attracting more and more tourists,” the website added, announcing that based on the statistics of Seto, the French syndicate of tour operator companies, there has been a %144 increase in the number of French people who travelled to Iran in 2016.

“About 4,000 clients of French travel agencies chose this destination last year,” it added.

“Although the number is still low, Iran is becoming a trend. It is a unique destination for the fans of ski and sun tanning on Persian Gulf and Caspian Sea’s beaches; and also for the lovers of culture, art and history.”

“In April 2016, Air France launched its Paris-Tehran direct flight line. And more and more agencies are bringing the name of Iran in their catalogues,” it added.

In a report that cited Cox & Kings, one of the world’s oldest tour operators, the Russia-based Sputnik News predicted that a flood of tourists will pour into Iran, Russia and Jordan as some “on trend” destinations in 2017. Referring to the recent prominent political changes and events in Iran, the operator discussed that before the anti-Iran sanctions, the Islamic Republic was one of the most popular tourist destinations in the world. 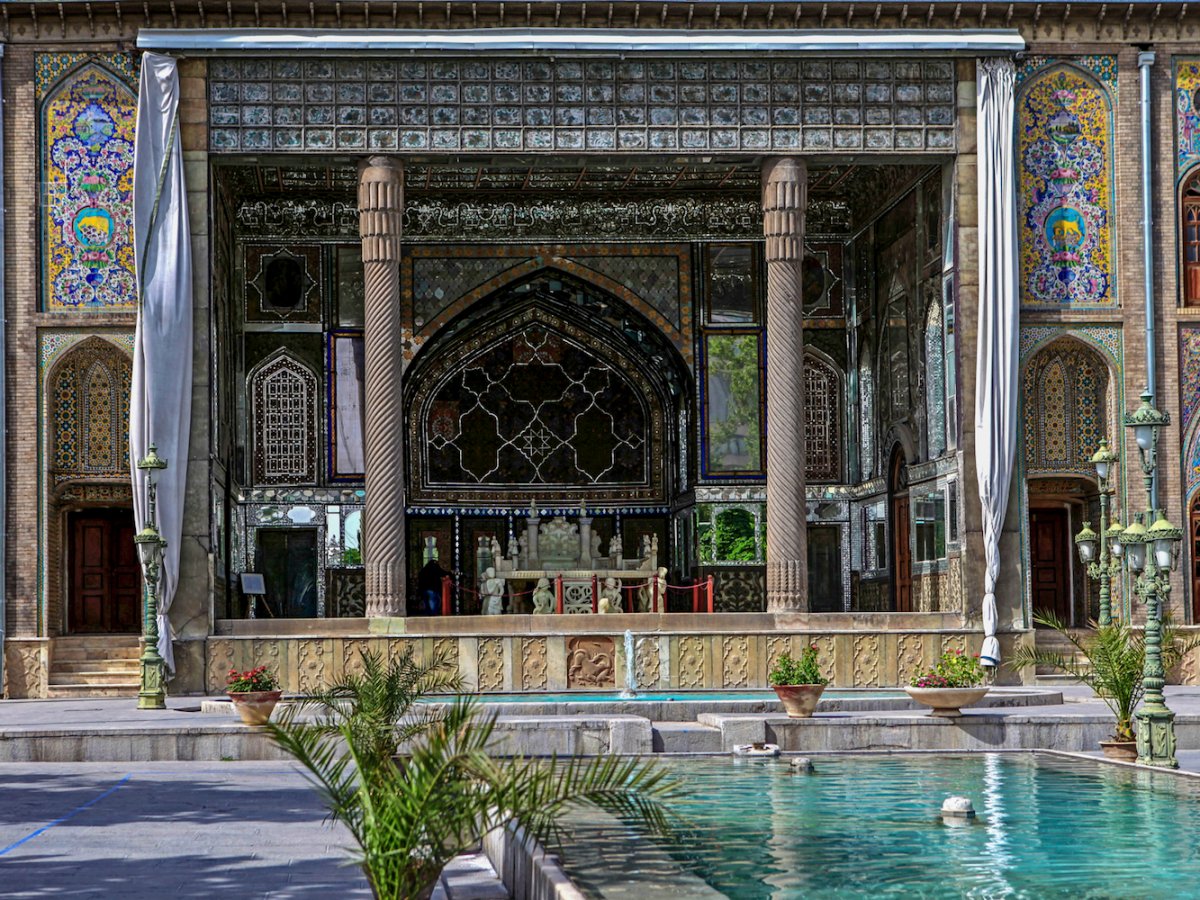 The Insider website – affiliated with the well-known Business Insider – referred to Iran as one of the top 50 tourist destinations in 2017. Besides such websites as National Geographic Travel, Lonely Planet and Trip Advisor, Insider publishes lists to present top tourist destinations. This year, it started its list with Patagonia, Chile, St. Petersburg, Russia, Nepal, and mentioned Iran at the 11th place, hailing the country’s higher security in recent years.

“This trend is expected to continue well into 2017, thanks to new direct flights to Tehran from both London and Paris, and the construction of multiple new hotels,” Insider wrote.

While Iran’s name is cited before Portugal, Peru, France, Japan, Antarctica and Italy, Oman and India are the only other countries of the region to be cited in Insider’s list at places with reasonable levels of value and security to be tourist destinations. 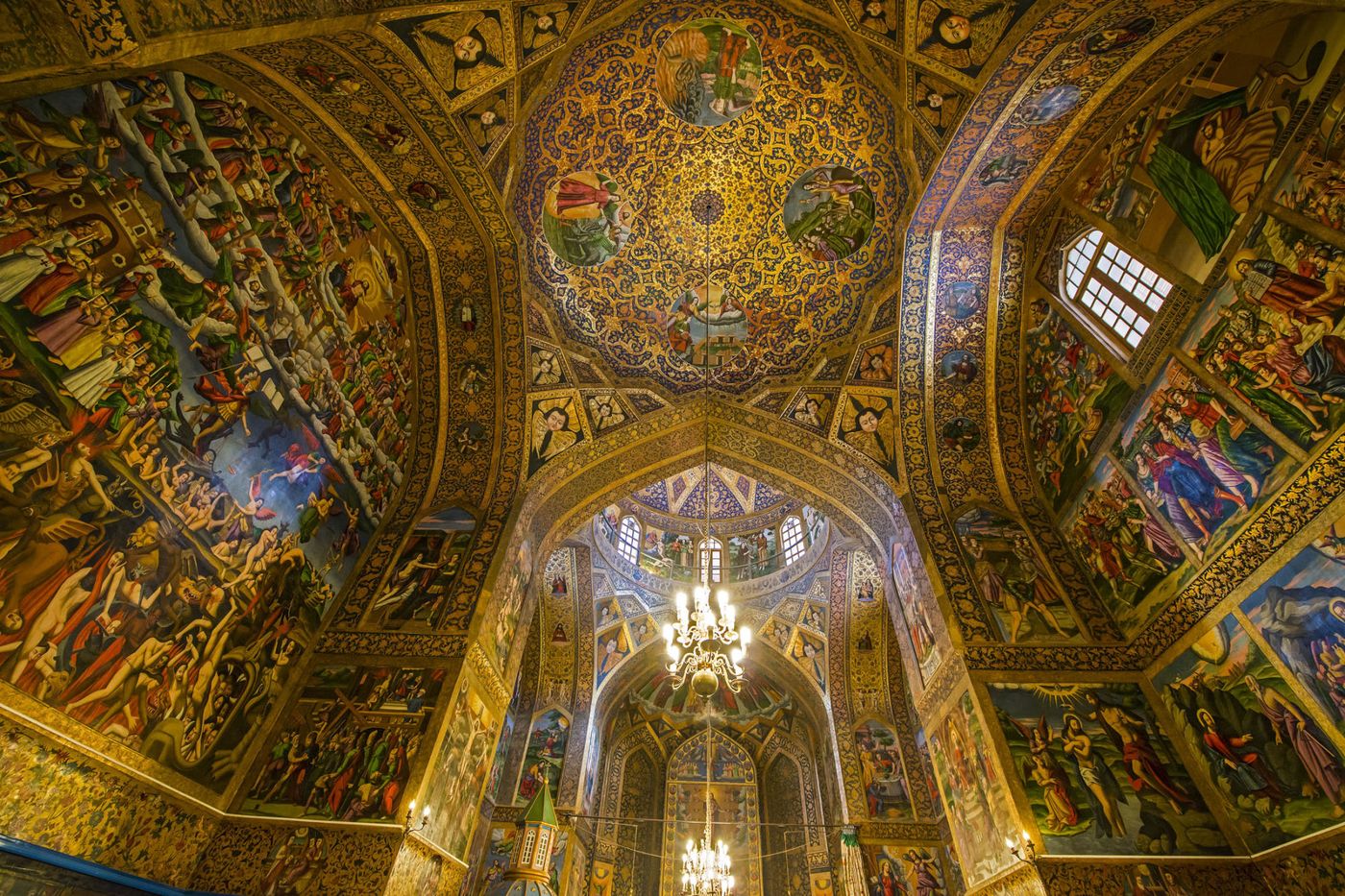 Iran’s visa is worth the trouble

In an article, Bloomberg counted Iran among the 20 countries to be visited in 2017. “For intrepid travelers, the question is not whether to visit Iran; it’s how to get there before an influx of tourists taints the experience.”

“The visa application process is lengthy and complex; citizens from the US, Canada, and the UK must be on escorted tours; and travelers have to abide by a government dress code,” Bloomberg added.

“Take our word for it, though. The hassle is worthwhile.”

Elsewhere in the report, the hospitality of Iranian people and the country’s foods are appreciated as “legendary” features. “There is a cultural norm in Iran that guests are from God,” cited the website from a tour leader.

“I frequently hear people say they’ve been all over the world and never received a welcome like they got there.” 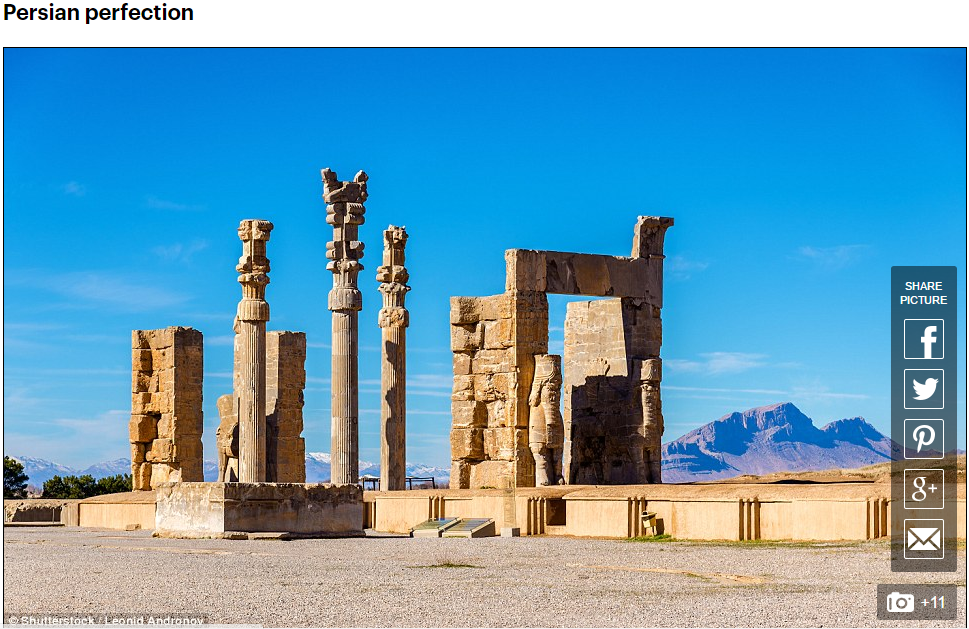 The UK-based Daily Mail has also prepared a list of top ten travel spots in 2017, pointing to Iran as one of them.

“Being one of the largest countries in the Middle East and one of the top 20 largest economies in the world, Iran is expected to see significant tourism growth following the lifting of sanctions that previously have restricted foreign investment since 2006,” wrote Azernews, Azerbaijan’s first English-language newspaper.

“Currently, the Islamic Republic’s share in the world tourism stands at 0.24 percent and such a result does not meet the country’s interest,” added Azernews.

It is pointed in this article that although there are 1,100 hotels in Iran, among them only 29 are five-star, and 75, four-star. “This will require the development of additional hotel capacity, estimated at 150 hotels, at least, to cater for the increased demand.” 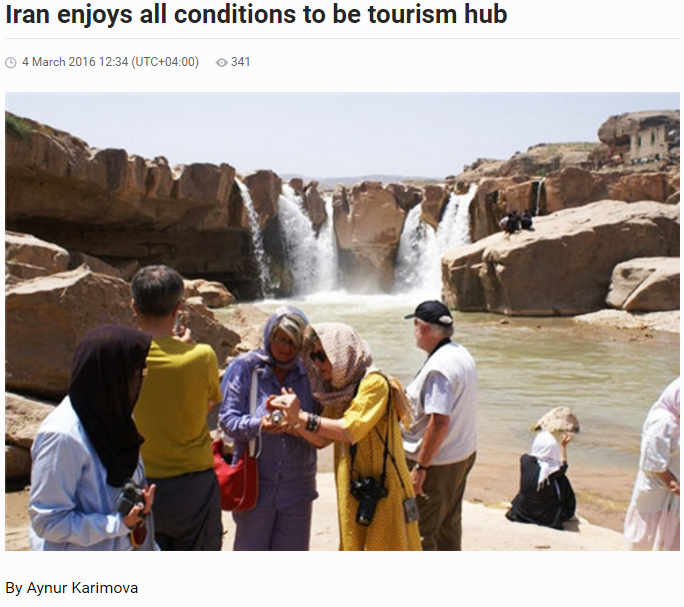