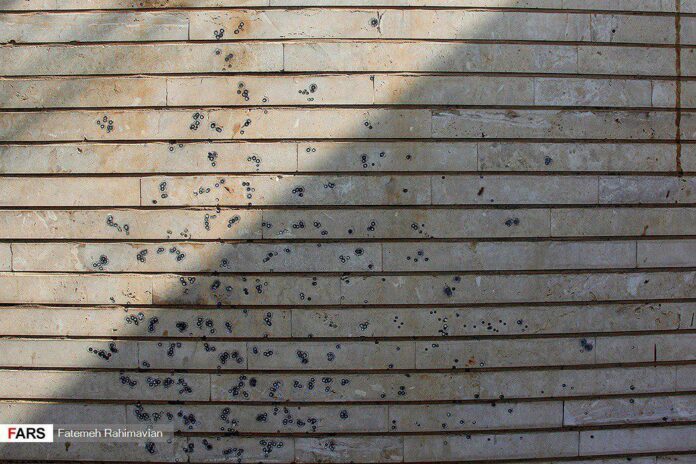 Several world leaders and senior officials have condemned the Saturday terrorist attack in the Iranian city of Ahvaz, which has killed and wounded dozens of people.

Russian President Vladimir Putin was the first world leader to condole with the Iranian nation on the deadly terrorist attack.

Putin expressed condolences to Iran’s President Hassan Rouhani on the attack against the military parade, saying Moscow was ready to boost joint efforts in the fight against terrorism.

“Please accept the deepest condolences regarding the tragic consequences of the raid by terrorists in Ahvaz. We are appalled by this bloody crime,” Putin wrote to Rouhani, according to the text of the telegram posted on the Kremlin website.

“We expect that everyone involved will face a deserved punishment,” Putin said.

“This event once again reminds us about the necessity of an uncompromising battle against terrorism in all of its manifestations. I would like to confirm our readiness to continue building cooperation with Iranian partners in resisting this evil.”

“Our deepest condolences to the families who have lost their loved ones in this heinous attack. Pakistan condemns terrorism in all its forms and manifestations,” he added.

The Syrian foreign ministry also sent a message of condemnation and condolence to Iran, expressing sympathy with the victims’ families and the Iranian nation.

UK Minister of State for Middle East Alistair Burt also sent his country’s “deepest condolences to the people of Iran following the attack in Ahvaz.

“Our thoughts are with the families of the victims and those injured,” he noted.

British Ambassador to Tehran Rob Macaire also posted a message on his Twitter account to condemn the “shocking” terrorist attack.

“Wherever it happens terrorism must be condemned. All our condolences to the families of the victims,” he noted.

Austrian Ambassador to Tehran Stefan Scholz also tweeted, “Austria offers heartfelt condolences to the families of the victims of the horrific terrorist attack in Ahwaz.”

“I would also like to sincerely hope the early recovery of those who were injured,” he added.

Turkish Foreign Ministry, in a statement, expressed “great sorrow” over the “terrorist attack”, and strongly condemned it.

“We wish Allah’s mercy upon those who lost their lives and speedy recovery to the wounded. We convey our condolences to the people and Government of Iran.”

The Omani Foreign Ministry, in a tweet, strongly condemned the terrorist attack, and stressed the Sultanate rejects all forms of terrorism and violence which takes place at any time and place and for any reason.

Norwegian Ambassador to Tehran Lars Nordrum also offered condolences to the families of the victims. “Iran was struck by a cowardly act of terrorism this morning.

My deepest condolences to the Iranian people on this tragic day. My thoughts are with the bereaved families, loved ones and those wounded.”

Lebanon’s ambassador also condemned in the strongest terms the terrorist attack, and reaffirmed his country’s solidarity with the Government and People of Iran.

“Our deepest condolences to go to the families of the victims and their loved ones,” said Hassan Abbas in a tweet.

The French foreign ministry also “strongly condemned” the Attack, offering condolences to the families of the victims as well as to the people of Iran. “We are following closely developments” and are “in connection with our embassy in Tehran.”