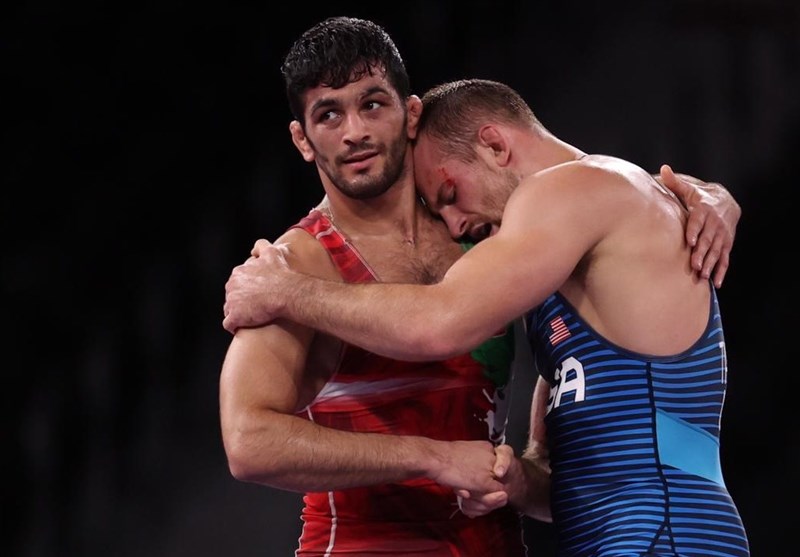 Iranian world wrestling champion Hassan Yazdani has visited a mental care home in the city of Mashhad where he symbolically wrestled with a disabled boy residing there.

Yazdani said on the sidelines of his visit to Shahid Beheshti Mental Care Home, “It was a great pleasure to be with these loved ones. I enjoyed it a lot. These kids are very talented in every field and they have professional teachers”.

The world wrestling champion and 2021 Olympic medalist was chosen as the sports ambassador of Shahid Beheshti Mental Care Home after the visit.

Yazdani also referred to his symbolic wrestling with the mentally handicapped boy, saying, “This was the least I could do to make these dear kids happy”.

Yazdani is an Olympic and World Champion in freestyle wrestling in two weight categories.