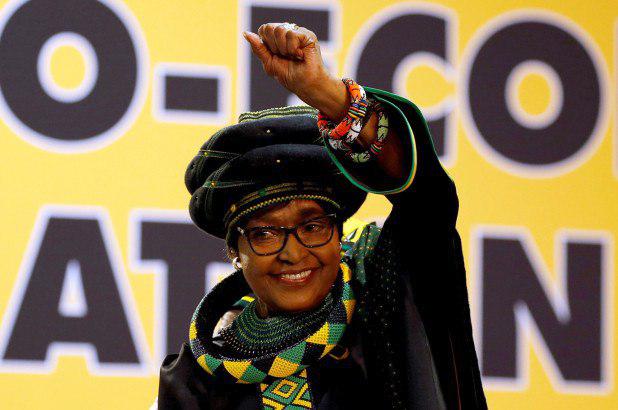 Iranian Foreign Minister Mohammad Javad Zarif has condoled with the South African nation and government and fans of Nelson Mandela’s thoughts on the passing of his ex-wife, Winnie Mandela.

In a message on Tuesday, Zarif hailed Winnie’s long-time fight against the apartheid regime, particularly during the four decades when she stood by her ex-husband to bring the South African nation’s anti-apartheid movement to fruition, and described her passing as a great loss to the entire world.

“The death of Winnie Mandela is a tragic loss not only to the South African people and the African continent, but to all those who drew inspirations from Mandela’s struggle for independence and against racial discrimination,” Zarif wrote in his message of condolence on Tuesday.

The 81-years-old Winnie Mandela died after a long illness in a Johannesburg hospital on Monday, the family’s spokesman Victor Dlamini said in a statement.

Winnie, who was married to the anti-apartheid icon and former South African president Nelson Mandela for 38 years, played a high-profile role in the battle to end white-minority rule in South Africa.

The demise of the activist captured headlines in many international news outlets and poured in messages of condolences both from home and abroad.

Winnie Mandela, called “mother of the nation”, will be given a state funeral next Saturday, Al Jazeera reported.