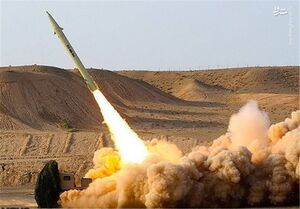 Iran’s Islamic Revolution Guards Corps on Friday rained down missiles on the positions of the terrorist group calling itself “the Democratic Party of Kurdistan”, in the Iraqi Kurdistan region.

The IRGC issued a statement following the attack, saying the missile strike was in response to the group’s frequent dispatch of its terrorist cells to Iran’s West Azarbaijan, Kurdistan and Kermanshah provinces where they did acts of sabotage and wreaked havoc on people in those regions.

The Iranian website Mashreghnews on Saturday quoted a media outlet close to terrorist groups in the region as saying the attack dealt a heavy blow to the Democratic Party of Kurdistan.

IRGC ground forces commander Brigadier General Mohammad Pakpour said Tehran had earlier called on the authorities in the Iraqi Kurdistan region to prevent such terrorist groups from approaching Iran’s borders. Mashreghenws said the missile strike by the IRGC sends a strong message to enemies of the Islamic republic and their mercenaries that they are all within the reach of Iran’s weapons.

According to the report, the attack also shows that Iran will not hesitate to use force to deal with any terrorist group attempting to disrupt security in the Islamic Republic and that neighbors must either join Iran in fulfilling the task or stand by watching Iran take care of that.

Mashreghnews also said Iran’s missile attacks on the enemies have also served as a show of Iran’s military might and have at the same time inspired fear in the Israeli regime, which keeps threatening Iran with war.