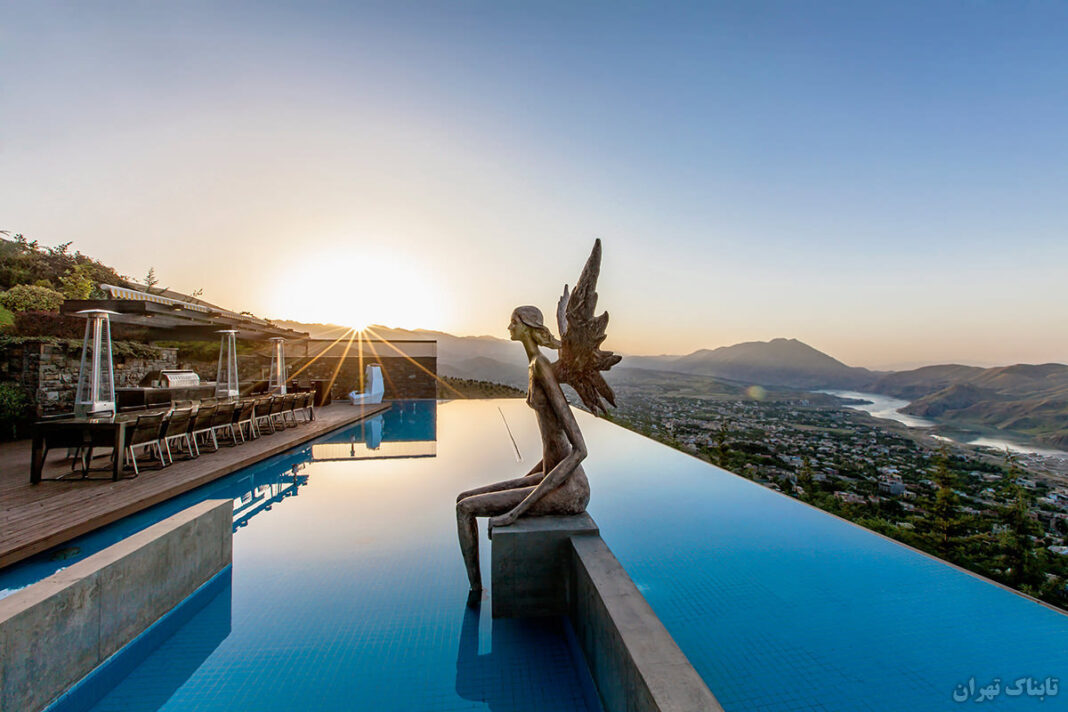 It’s been a few years that a luxury town has been established in Lavasan in northeastern Tehran, based on the urban architecture of Beverly Hills in Los Angeles, California. But what’s going on there?

To purchase a piece of land in the newly established town, one should pay a price far from our imagination. In the recent past, the town was besieged with a long wall preventing all except for the rich house owners from entering into Basti Hills. But now, based on an order by the Judiciary chief, the wall has been removed.

Basti Hills is a private town with 36 villas on a land 200 metres above Lavasan’s ground level. Dotted with pools, saunas and Jacuzzis, the town provides its residents with a spectacular 360-degree perspective of Latyan Dam. They can enjoy the perspective while in their pools protected by appropriate visual blocks preventing any outsiders’ voyeurism.

Local real estate agencies say the price of land in this spectacular heaven is valueless. According to them, there is no fixed price for land pieces there and each villa is sold and purchased with a special pattern.

Basti Hills is named after a boulevard in Lavasan called Basti. Since recently, only the owners of the villas were allowed into the town.

You may think that Basti Hills is a cast away region without the least urban facilities. But you are totally wrong. There is a large supermarket in the main boulevard of the town, just some ten metrrs away from the villas.

Recently, the Friday prayers leader of Lavasan sent a letter to the head of Iran’s Judiciary calling on him to stop illegal constructions and land grabbing in the region. A couple of weeks ago, the gates to the town were removed at the order of the judiciary chief.

This made happy most environmentalists who have always expressed concerns over the activities of land grabbers in Tehran turning natural hills and plains into villas.

Now with the removal of the gates, photos and videos of Basti Hills have gone viral on the social media. Ordinary people who were banned from entering the town, now express surprise at the luxurious conditions they see inside Basti Hills.

Now the main question is whether the residents of Basti Hills can keep their tranquility and luxury lifestyle after the removal of the town’s gates or not.