What will happen when Iran’s oil is back on the market? 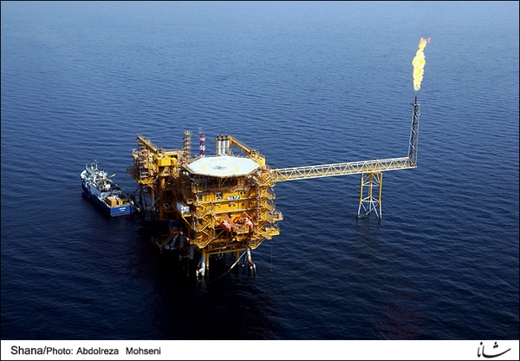 Fararu, an Iranian news website, has predicted that Iran’s return to global oil markets will bring about a positive change for both producing and consumer nations.

The oil and gas market is on the verge of a positive turn following the conclusion of the landmark nuclear deal between Iran and P5+1 on July 14. The removal of sanctions, which had practically prevented Iran’s oil industry from making its presence felt in the competitive market and had denied consumer nations the right to choose from among different alternatives in the buyer’s market, has also confirmed predictions for a positive turn.

Fararu.com on July 16 released an analytical, prognostic report which, among other things, argued that with the return of Iranian oil to the market, no one’s interests will be harmed. The following is the translation of part of that report:

Crude oil is a staple of Iran’s economy, no matter how good or bad we think it is. For years, this resource – without having any organic connection with the country’s economic structures – has been the financial lifeline of different governments. It is no secret that oil revenues are the Achilles’ heel of the Iranian economy and that the United States and its Western allies have taken advantage of this chink in Iran’s armor piling pressure on its economy.

At this juncture, the Rouhani administration is trying to remove sanctions against Iran’s oil and gas industry so that the country can reclaim its past economic position in the world. This topic seems to have been inextricably entangled in nuclear talks between Iran and P5+1.

Iran, which sits on almost ten percent of oil deposits and 17 percent of the discovered gas reserves in the world, has an outstanding position among oil-rich countries. The country is located at the heart of the world’s energy hub with easy access to global markets, because it has fossil fuel resources in its Persian Gulf islands and its control of the coastal areas in the south spans around 1,000km – that is to say, the entire northern rim of the Persian Gulf through which more than 40 percent of the world’s oil and gas is transferred. Iran is also situated at the gates of the North-South Transport Corridor, which connects the Middle East to North Africa to Europe and Central Asia.

All countries are winners

How will the return of Iran’s oil and gas to global markets affect the market? Who are the possible winners and losers when Iran makes a comeback? All things considered, an Iran back on the market will affect global markets in the following six main ways:

1. A possible slump in world oil prices: […] Experts estimate that the flow of Iran’s oil into global markets can see prices drop $5-$15 a barrel in 2016.

2. Economic growth of the customers of Iranian oil and gas: […] A possible slump in oil prices as a result of Iran claiming back its market share can leave a positive impact on economies such as Japan, South Korea, India and even China which are regular buyers of Iran’s crude. […]

3. Europe’s access to safe and affordable gas: […] With sanctions on Iran’s gas no longer in place, Iran and Russia – aided by Europe – can build infrastructure to meet Europe’s gas demands through a pipeline at decent prices provided that the US drops its obstructionist measures. Even Turkey can take advantage of the pipeline transit of Iran’s natural gas to Eastern Europe, the Middle East and the Mediterranean Sea

4. Flow of gas, the spread of regional convergence and peace: The transfer of Iran’s gas to countries like India in the east and Iraq in the west can help restore peace [in the region] and tip the political balance in favor of people in Central Asia, Pakistan, India, Afghanistan, Turkmenistan as well as Iraq, Jordan and Syria.

5. Oil rivalry or friendship between Iran and Saudi Arabia: The possible drop in oil prices courtesy of Iran’s reappearance in the market will stir up new rivalry among certain oil-rich neighbors. Saudi Arabia will find it [Iran’s presence in the market] even more costly […]. In spite of all this, Iran will seem to avoid rivalry with Saudi Arabia and anything which can send the prices spiraling downward.

6. Transparent oil prices: It is true that Iran’s comeback to global markets will trigger a plunge in crude prices, but when sanctions are terminated Iran will no longer offer its oil to buyers such as China, India, Japan, South Korea and Turkey at generous discounts. This can help oil prices become genuine and reasonable and the market grow transparent. Above all, Turkey can no longer make political and economic advantage of a unique opportunity which has opened up thanks to the stumbling blocks created by the US in the way of transferring Iran’s natural gas.