What are the reasons behind Saudi Arabia’s hostility to Iran? (PART TWO) 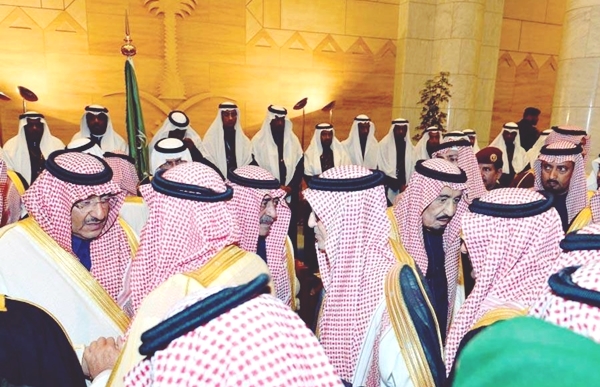 Fararu.com on November 10 released a report on the reasons behind the hostility Saudi Arabia nurses against Iran. The following is PART TWO of the partial translation of the report which references an article by the Islamic Revolution Document Center:

Prior to the victory of the Islamic Revolution, Saudi Arabia had not accumulated enormous wealth and used to treat Iran cautiously. Saddam’s invasion of Iran provided Riyadh with the opportunity to flex its muscle. It was all clear that Saddam could not handle his invasion of Iran – which ended in failure – without support from Saudi Arabia and fellow Arab nations.

In reaction, Iran was aware of and enraged by Saudi Arabia’s financial and arms support for Iraq during the imposed war in the 1980s. Iran’s advances in the war made Saudi Arabia and other sheikhdoms concerned about Iran’s growing power. As a result, Riyadh increased its substantial arms assistance to Iraq during its war against Iran. A case in point was an agreement between Kuwait and Saudi Arabia to deposit – as of 1982 – their oil revenues from joint fields (300,000-350,000 barrels per day) to Iraq’s account.

On Saudi Arabia’s intelligence assistance to Saddam Hussein, Jeune Afrique [a French language weekly news magazine published in Paris] wrote on June 9, 1982 that one month before the outbreak of the [Iran-Iraq] war, Saudi rulers presented a kingly gift to Saddam: a report from US secret agencies on Iran’s economic, social and military conditions as well as intelligence on Iran’s army, its forces, […] and other confidential information.

Saudi Arabia, which produces 10 million barrels per day, is the world’s largest oil exporter. It is the only country which can prevent oil prices from drastically increasing by raising its output. Saudi Arabia has time and again used its capability [to manipulate prices] as a weapon against the Islamic Republic of Iran.

Developments unfolding after the so-called Arab Spring, especially what is happening in the countries surrounding the kingdom, confirm Saudi Arabia’s recent [oil] stances [against Iran] and its willingness to join the West to pile pressure on Iran more than ever.

Saudi Arabia has continued to use oil as a weapon against Iran […] to date. Such a stance has played a key role in the current low oil prices which have taken a heavy toll on the economies of regional countries, including Iran.

Following the drastic drops in oil prices in late 2014 and early 2015, Iran and fellow OPEC members – which experienced declining oil revenues due to plummeting prices – accused Saudi Arabia of seeking to drop oil prices and deal a blow to crude producers by its record outputs.

10. Saudi cooperation with US sanctions against Iran

After the victory of the Islamic Revolution, Saudi Arabia has shown open hostility toward Iran on different occasions. Riyadh has been one of the supporters of anti-Iran sanctions and has implemented US policies in the region. In parallel with unjust sanctions against the Islamic Republic of Iran, Saudi Arabia has seized the existing opportunity – due to its internal shortcomings – to insist on the misappropriate US stance and beat the drum of hostility to Iran more than before.

11. The Shiite Crescent and fight against pro-Iran governments and groups

Iran’s influence in regional countries has been cause for concern in Saudi Arabia. Such an influence is given more prominence as far as Iraq, Syria and Lebanon go. The formation of a government in Iraq is a vital process for its powerful neighbors, including Iran and Saudi Arabia. A united, integrated and predominantly-Shiite Iraq poses a threat to radical Sunni governments in the region, among them Saudi Arabia and Jordan.

Following the 2003 US invasion of Iraq and the overthrow of former Iraqi dictator Saddam Hussein, the Shiites took over the government in Iraq and showed willingness to have more ties with Iran. Formation of a Shiite-majority government in Iraq is believed to threaten the interests of radical Sunni governments in the region and those of the US. It is in such a context that introduction of the Shiite Crescent issue becomes meaningful.

Saudi interferences in Lebanon are meant to undermine the influence of Hezbollah and shore up its rivals. In the 2006 Hezbollah-Israel war, Saudi Arabia sided with the Zionists, but Hezbollah emerged victorious in that war. A new regional coalition led by Iran against the Riyadh government turned into the main concern of Saudi Arabia.

According to a Saudi Foreign Ministry’s confidential document, Samir Geagea [a Lebanese politician] asked the Saudi ambassador to pay money for implementing a Saudi plan in Lebanon. Under the same document, the Saudi ambassador stressed the need for supplying Geagea with finances, citing his role as a deterrent against Hezbollah. […]

12. Saudi Arabia’s push to prod US to attack Iran (concurrent with nuclear crisis)

The fact that Saudi Arabia has asked the United States to attack Iran is yet another clear sign of the kingdom’s hostility toward Iran. According to documents leaked by WikiLeaks, in 2008 King Abdullah urged the US to attack Iran. According to the document obtained from one of US embassies, the Saudi king has told the US, “Cut off the head of the snake”[King Abdullah of Saudi Arabia repeatedly exhorted the United States to “cut off the head of the snake” by launching military strikes to destroy Iran’s nuclear program, according to leaked US diplomatic cables (Reuters – November 29, 2010)].

Since the start, Saudi Arabia has been among bitter opponents of the settlement of Iran’s nuclear case [through talks] with P5+1. It is also concerned about measures which tip the regional balance in favor of Iran. Saudi opposition to the settlement of the nuclear case has been evident in its approaches and approval of the West’s political stance.

In addition to their political stances, the Saudis – according to the intelligence leaked by confidential documents – have been studying a joint plan with the Zionist regime to launch attacks on Iran’s nuclear sites. Above all, there is evidence that Mossad and the Saudi intelligence agencies have established extensive contacts on Iran’s nuclear program.

14. Mina tragedy and the Saudi unaccountability

On Thursday (September 24, 2015) a stampede broke out in [tent city of] Mina during the Hajj rituals which killed thousands of pilgrims, with a large number of people missing. Hundreds of Iranians were martyred in the deadly stampede with many still unaccounted for.

In reaction, the Saudi government has not accepted responsibility for the incident, and at some stages has even displayed clear signs of hostility and intentionality. Riyadh’s refusal to issue visas for an Iranian delegation which was to go to Saudi Arabia to follow up the case of the victims, lack of cooperation with Iran’s Hajj Office in the kingdom to identify the missing pilgrims and the bodies of the dead, and unaccountability in connection with [the fate of] the missing Iranian diplomat in the Mina tragedy are just a few examples of the historic hostility of the Saudi Arabia toward Iran.

It comes as the Saudi rulers have in recent days placed on their agenda military threats [against Iran] in reaction to Iran’s pressures (due to unaccountability of Saudi officials).