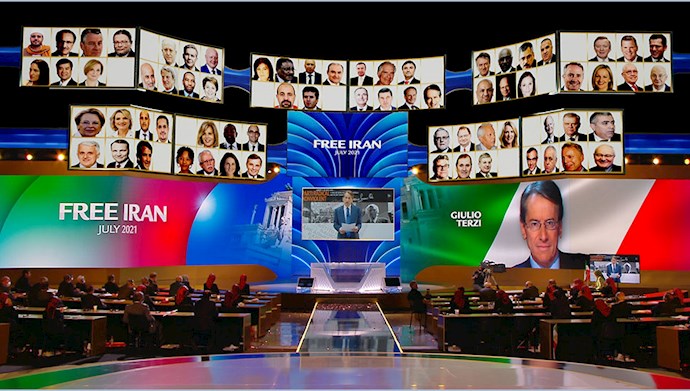 Iran’s foreign ministry spokesman has slammed what he called sellouts among western politicians for attending an annual meeting of the anti-Iran MKO terrorist group.

“Bought western politicians (incl #LyingCheatingStealing Pompeo) sell themselves cheap for a Europe-hosted circus arranged by a once Saddam-backed terrorist cult with Iranian blood on its hands,” Saeed Khatibzadeh tweeted.

The MKO is holding a three-day virtual meeting in Paris with the presence of western officials including former US Secretary of State Mike Pompeo, several US senators and Slovenian Prime Minister Janez Jansa.

Every year, the group holds gatherings in Paris with the presence of mainly former western officials, who are paid hefty sums of money to attend.

Iran considers the gatherings stunts to buy legitimacy for a terrorist organisation, which is responsible for assassination and bombing campaign against Iranians, including top government officials, since the country’s Islamic revolution of 1979. The group also fought along Iraq’s former dictator Saddam Hussein in his 1980’s war against Iran.

The group was removed from the EU and US blacklists of terrorist organisations in 2009 and 2012 in what western media characterized as Brussels’ and Washington’s embrace of terrorists.