West has no choice but to remove sanctions: Iranian President 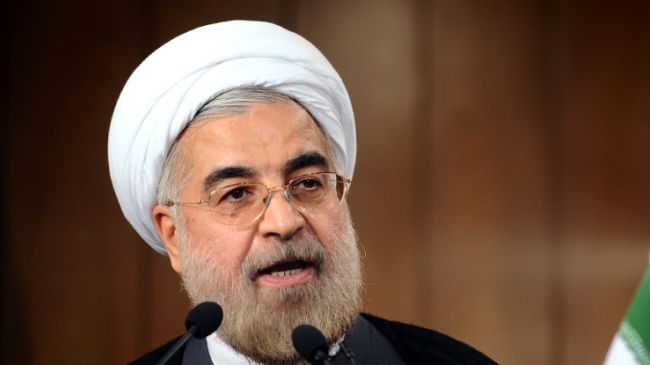 Iranian President Hassan Rouhani says that the West has no other choice but to lift the “cruel” sanctions against the Islamic Republic.

President Rouhani made the remarks on Monday, saying that the P5+1 group of world powers must remove anti-Iran sanctions through interaction with Tehran.

“They (the West) have no other way since all other ways are wrong; they have tried these ways before and if they want to retry them, they will lose more,” Rouhani said.

The Iranian chief executive further reiterated the peaceful nature of Tehran’s nuclear activities, saying the Islamic Republic is holding “logical and calculated” negotiations with the world.

In their last round of talks before a November 24 deadline for reaching a comprehensive nuclear deal, Iran and P5+1 — the United States, Russia, China, Germany, France and Britain — held nearly a week of intense negotiations in Vienna on how to tackle the remaining obstacles that exist in the way of clinching an agreement.