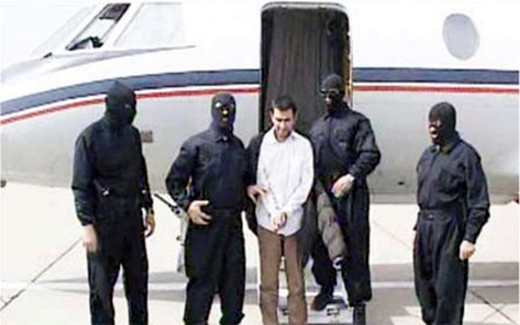 An anti-terrorism expert in Iran's Ministry of Intelligence said on Wednesday that one of the brothers of executed ringleader of Jundollah terror group is arrested in a neighboring country.

Ali Behmanesh who was in charge of Abdol-Malek Rigi’s file told reporters on the occasion of the capturing operation of Rigi’s that the arrested brother was wanted by Iran.

‘His main crimes were those committed in Iran and he was arrested after Iran approached Interpol. Apparently, he is also accused of acts in the arresting country.’

He said Iran is after extradition of the arrested man to be tried here.

Behmanesh also said that Rigi was supported and financed by Saudi regime to fan sectarian differences between Shia and Sunni Muslims and commit terrorist actions in Iran.

Rigi was also connected to Mossad of the Zionist regime in Casablanca through an anti-revolutionary agent, he said adding that he was also involved in drugs smuggling.

He rejected claims about cooperation of foreign sensitive agencies with Iran in landing Rigi’s plane to arrest him.

The Intelligence Ministry’s expert stressed that there is no distinction between so-called ‘good’ and ‘bad’ terrorists and that Iran has reiterated the point to the European countries.