Vienna University of Music Keen to Promote Ties with Iran 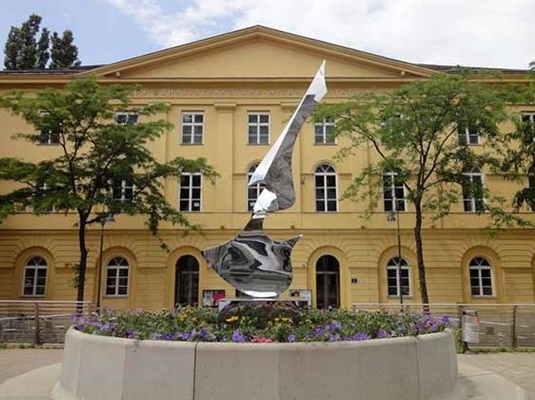 A senior official with University of Music and Performing Arts Vienna has expressed the hope that Iran and Austria would expand their cooperation in the field of music.

The dean of Austria’s University of Music and Performing Arts is set to visit Iran in January, the university’s head of international affairs said.

“We are interested in establishing cooperation with Iranian University of Art in the field of music,” a Farsi report by IRNA quoted the official as saying.

The Austrian official added the two universities have a good chance to start their cooperation. “Experts at our university have already conducted in-depth studies on Iranian traditional and folklore music.”

He also expressed hope the two sides can exchange professors with each other.

The official went on to say that at present ten “very talented” Iranian students are studying in the Vienna-based university.

“One of them is Sohrab Kashef who is now conducting Tehran Music Orchestra,” he added.

“We also have students from other countries but the Iranians are more talented and we are happy to have them in our university.”

Head of Iran’s Art University, Gholam-Reza Akrami, paid a visit to Austria’s University of Music and Performing Arts on Tuesday and held talks with his Austrian counterpart on ways to expand cooperation between the two universities. The two sides also discussed capacities to exchange students and professors.

In addition to holding talks with other officials of the Vienna-based university, Akrami also met with the head of Vienna Music Conservator.